Sign Up
Log In
Purchase a Subscription
You are the owner of this article.
Edit Article Add New Article
You have permission to edit this article.
Edit
Welcome, Guest
Home
News
Opinion
Sports
Features
Obituaries
Photos
Services
Advertise With Us
Classifieds
Jobs
Homes
Public Notices
Events
1 of 9 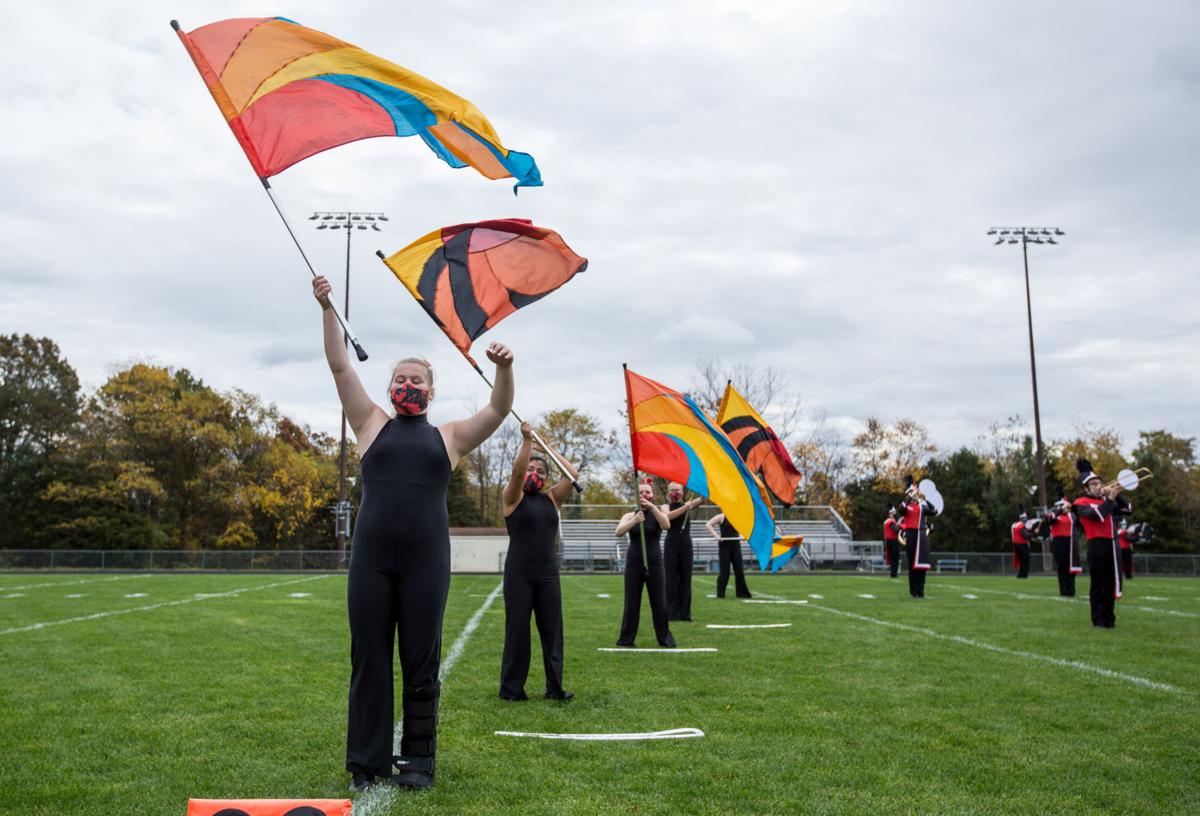 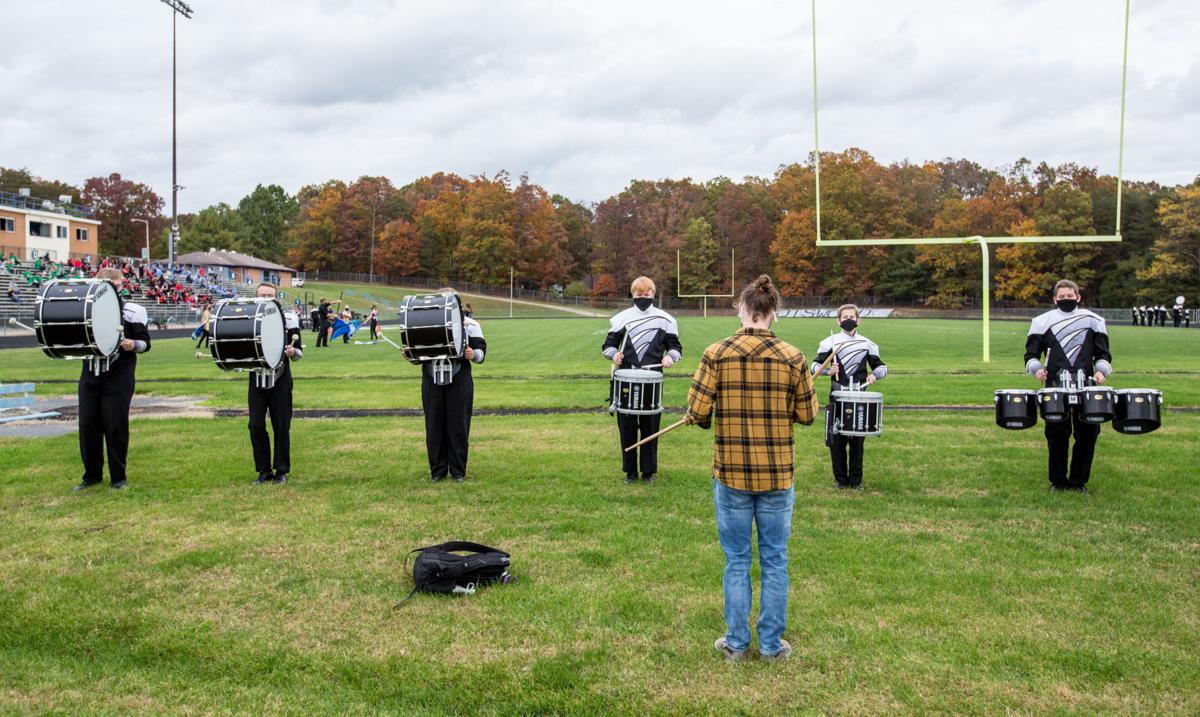 The Turner Ashby High School Marching Band drumline warms up before their performance in a marching band showcase at Spotswood High School Saturday. 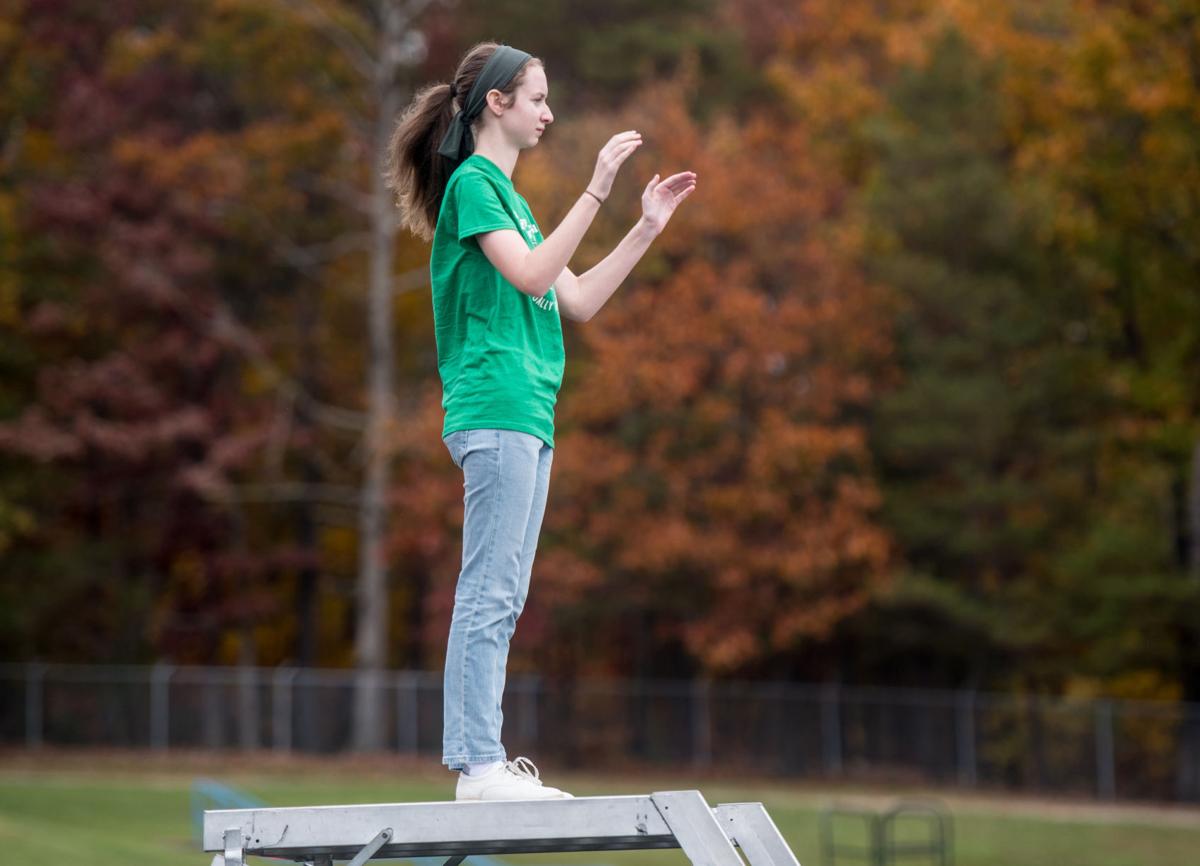 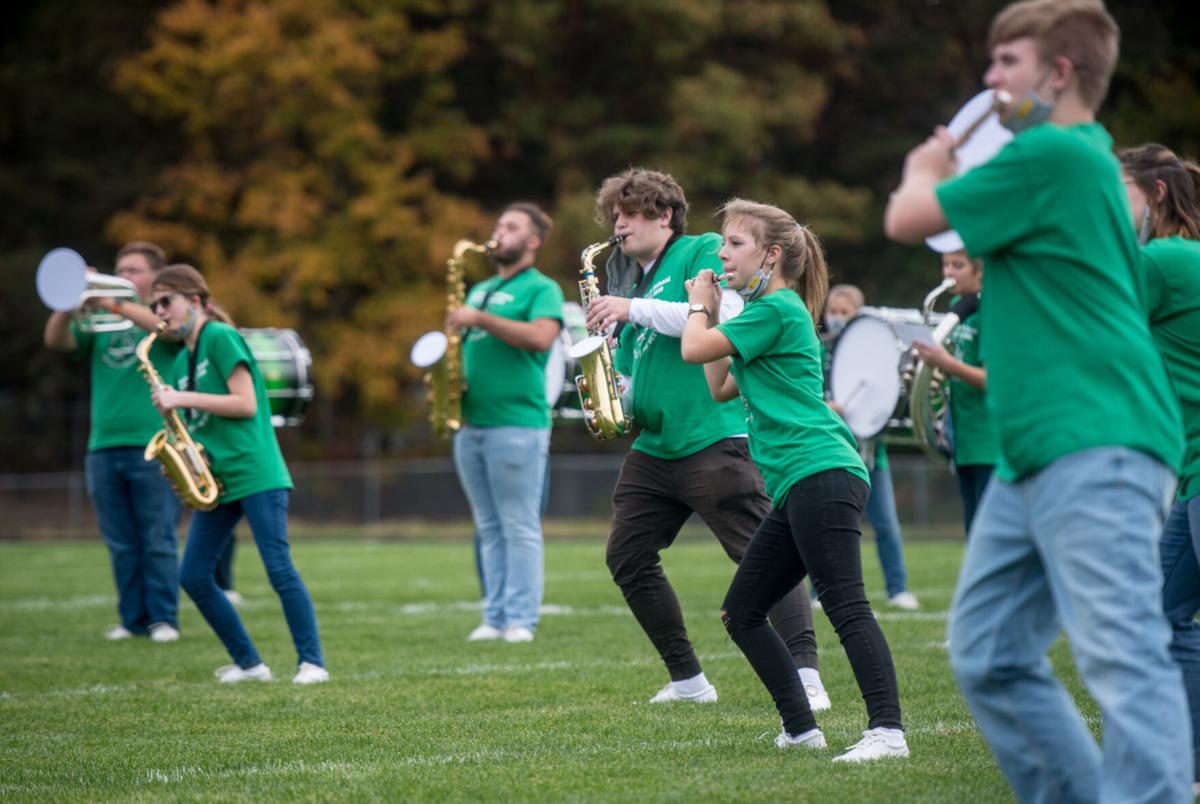 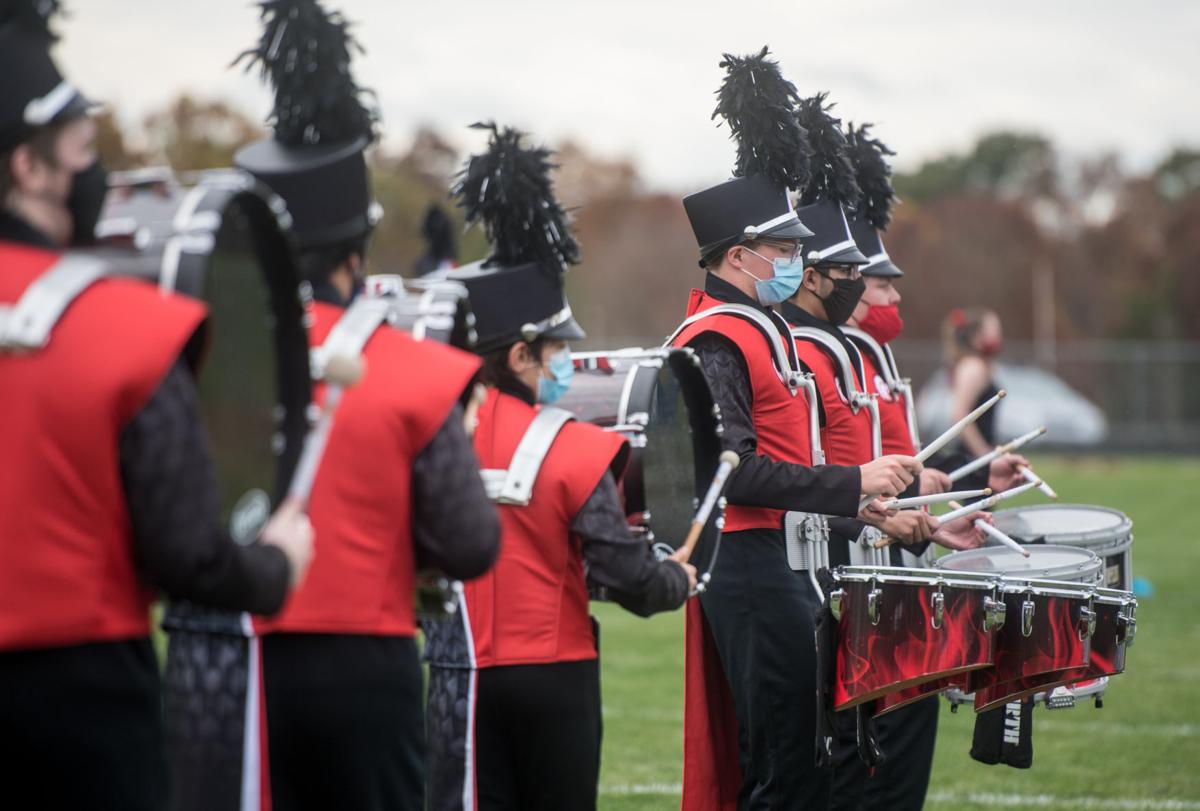 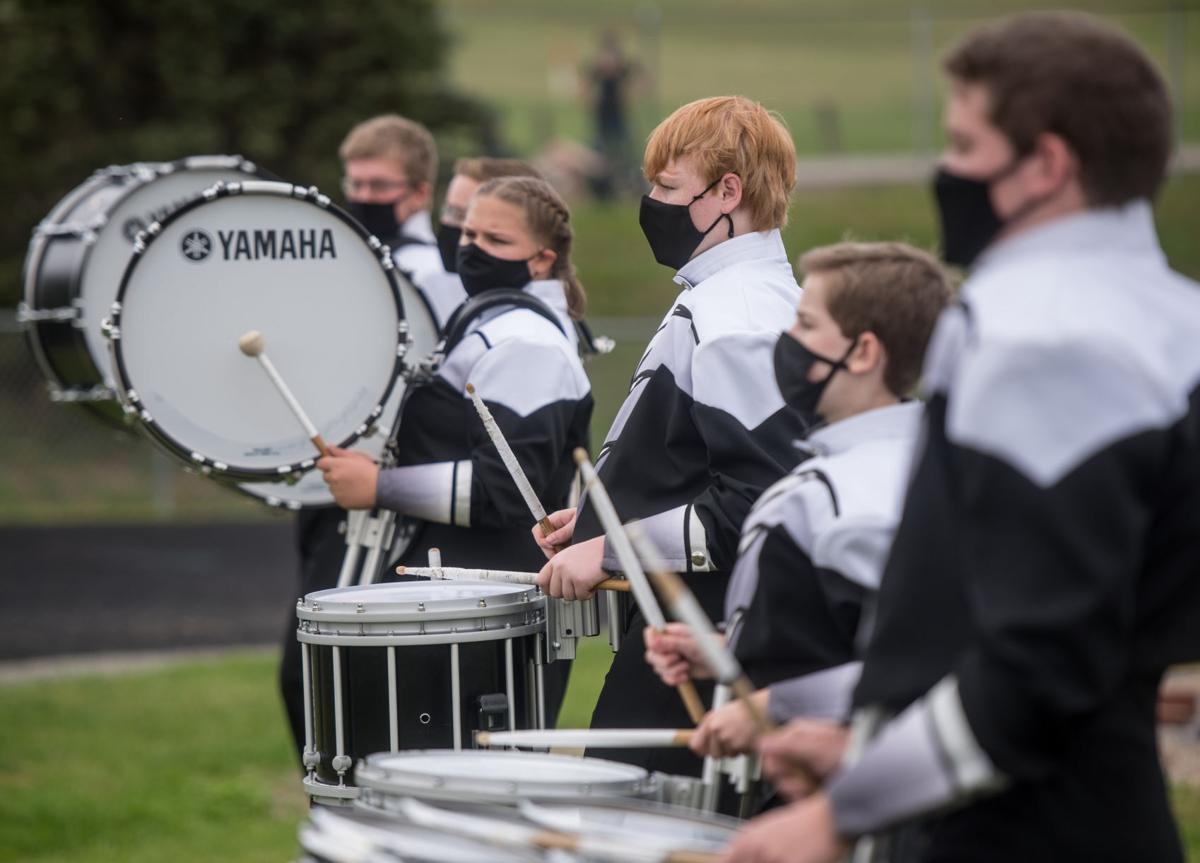 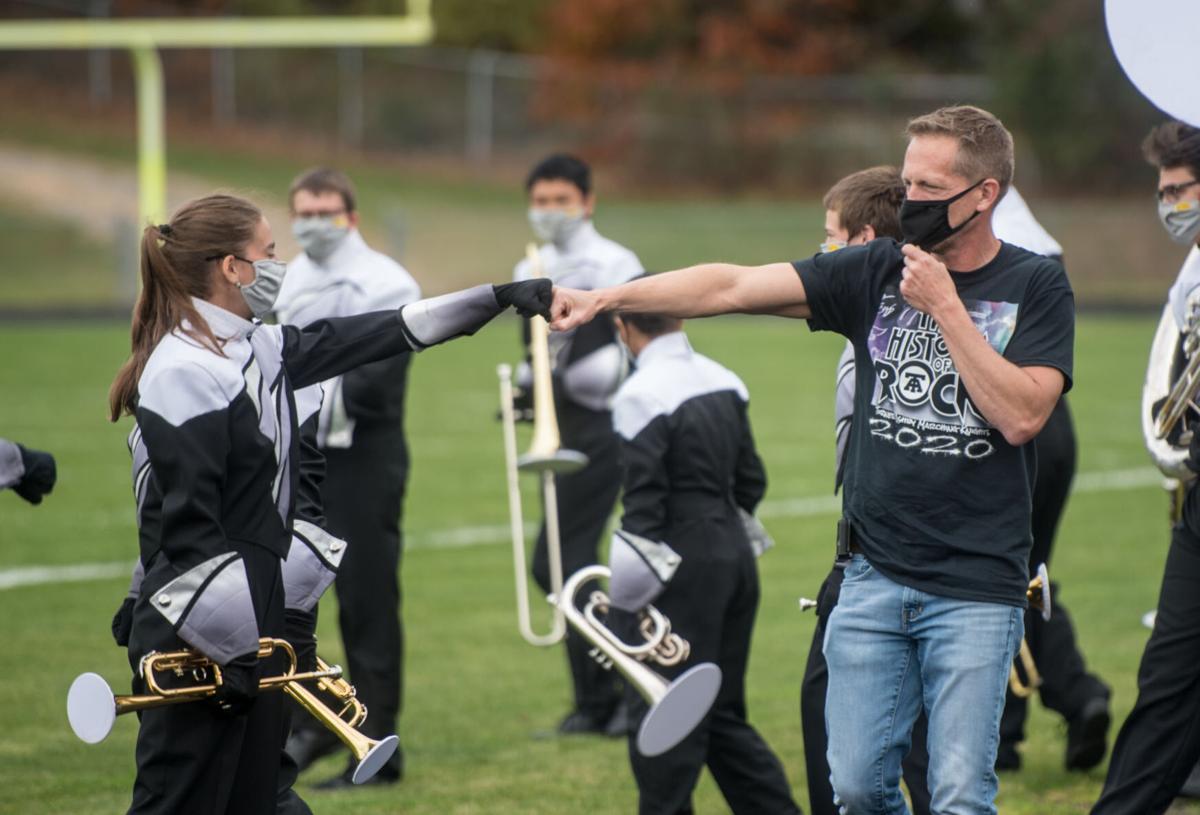 Turner Ashby High School band director Rob Nash fist-bumps his students as they get ready to take the field during a marching band showcase at Spotswood High School Saturday. 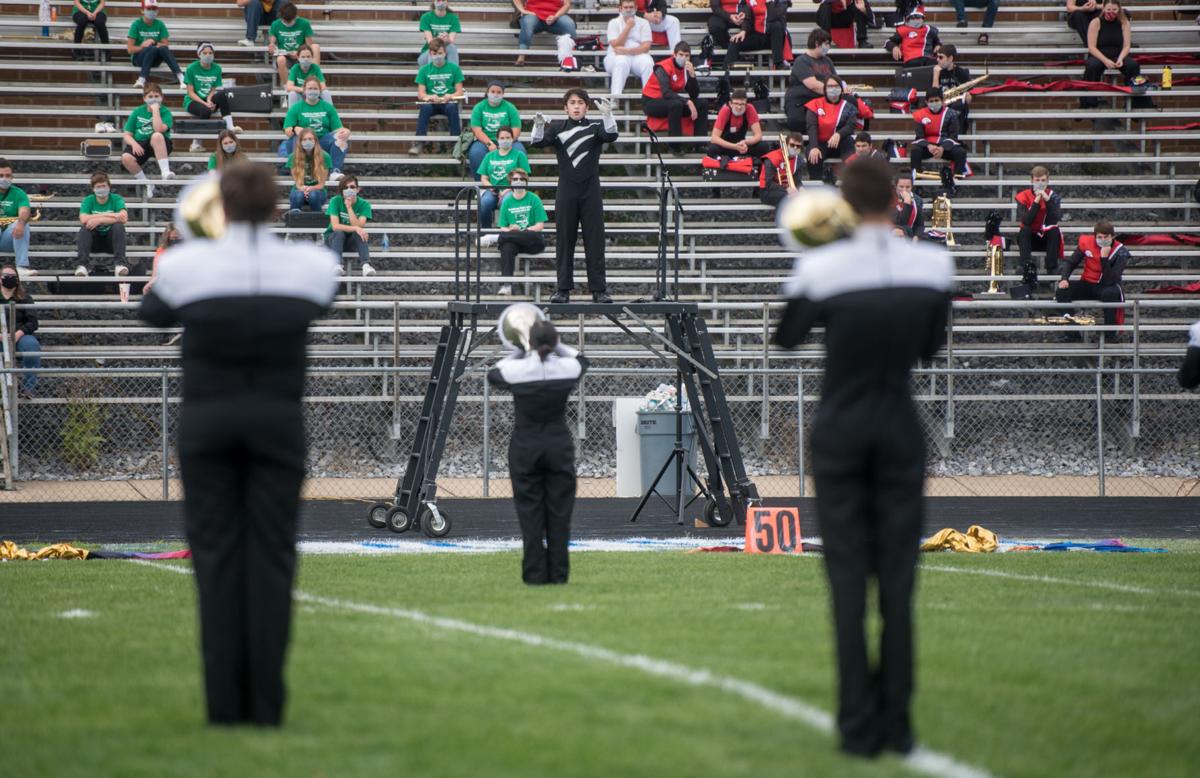 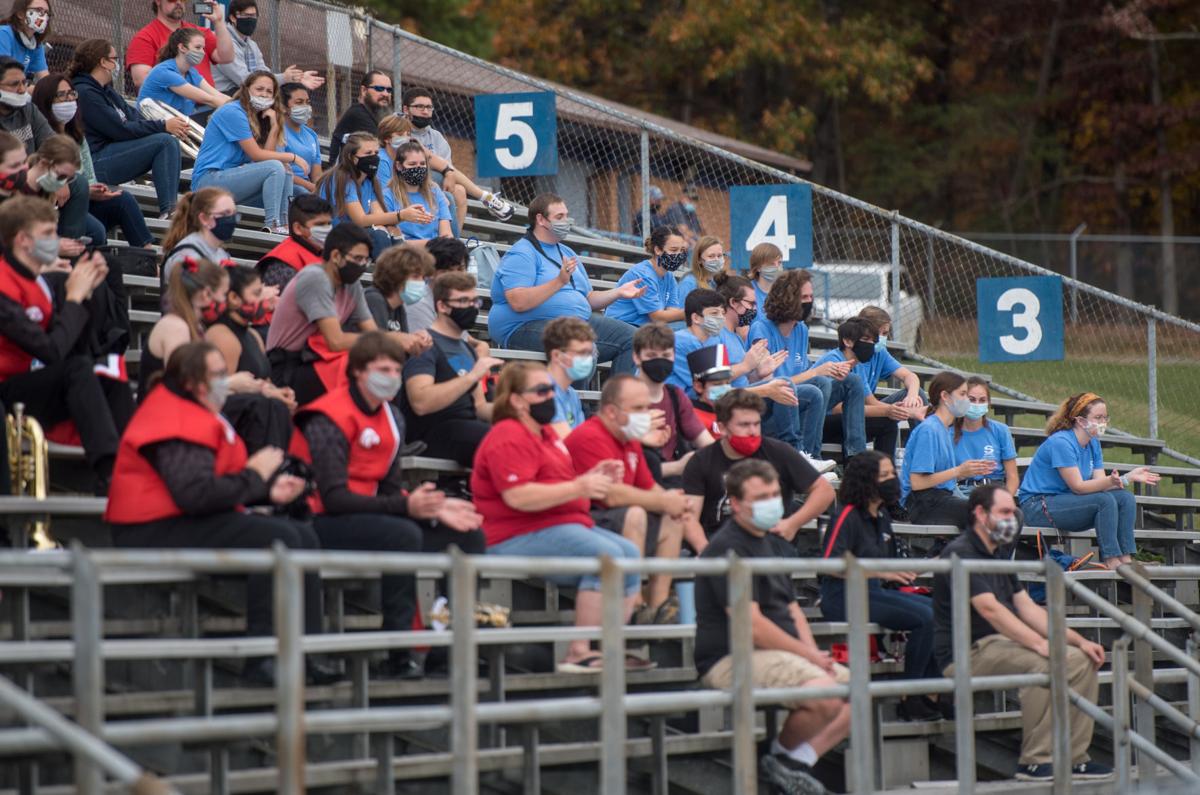 The Turner Ashby High School Marching Band drumline warms up before their performance in a marching band showcase at Spotswood High School Saturday.

Turner Ashby High School band director Rob Nash fist-bumps his students as they get ready to take the field during a marching band showcase at Spotswood High School Saturday.

“It was awesome,” Blye, a drummer, said of remembering the music sheets being passed out. “I couldn’t wait to start.”

His friend, Ben Riley, was the one who convinced him to join.

On Saturday, Riley and Blye, both seniors, played with their fellow Knights for a final school spectacle Saturday.

Due to COVID-19, local marching bands were not able to compete this year, but the annual showcase still commenced, with students and parents filling the stands, sitting far apart and masked.

Horns blared, muted by covers, their sounds bouncing off the orange and yellow leaf-speckled foothills of Massanutten. Drums thundered and notes from saxophonists soared.

The county’s other three marching bands from Spotswood, East Rockingham and Broadway also made themselves heard on the football field of Spotswood High School that gray day.

Band directors said this year has been more about community than competition.

“The kids miss competitions and being able to go [to events] but they’re really thankful to be able to spend time with their friends,” East Rockingham band director Brandon Alford said.

He said seniors graduating this year have been practicing under his guidance since seventh grade.

With students learning remotely, bringing them together for practice has been special, Alford said.

Clark Robertson, an East Rockingham senior, said being in a marching band this year has had “a different tone.”

And when Robertson and the other Marching Eagles of East Rock stood to take the field, band members from Spotswood encouraged them on.

“It’s fun to play in front of the other county bands,” Robertson said.

“We wanted to give the students some sense of normalcy in this time,” Macomber said of putting on the annual event.

He thanked school staff, such as Beth Harter, for helping to put the event on.

“As we saw back with spring sports, when that all got shut down, it’s that crushing blow, and this is a way we can give them some sort of a senior year marching band” experience, he said.

Kristen Drueen, Blye’s mother, said she was thankful for the effort to put on the event as she sat in the stands Saturday.

“To think that [Blye] will have lost his senior year with no homecoming, no prom, no activities. So, for him to be able to go to band practice has been wonderful for him,” she said. “I think it’s helpful to have that routine.”

She also thanked marching band staff for being able to conduct the practices safely.

“That’s been key for us,” Drueen said.

And for friends Riley and Blye, the music hasn’t stopped even as the last notes rang out at Saturday’s showcase.

Blye said he and Riley are looking at playing music together at Bridgewater College this coming fall.

Drueen said the duo’s passion for music doesn’t end off of a school’s campus or field.

Riley and Blye make music wherever they go using walls and other items, she said.

“It’s pretty fun to watch both of them,” Drueen said.