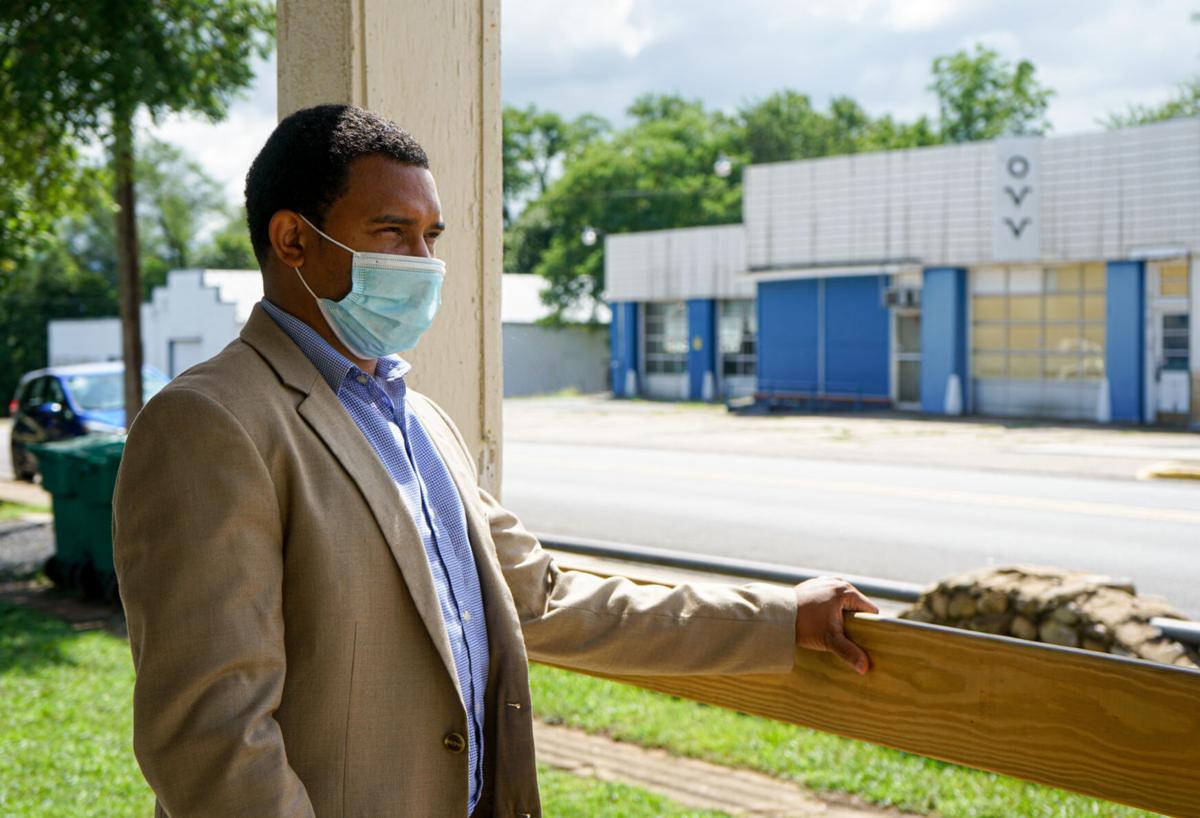 Audre King, pastor at ER Church and owner of West Luray Rec Center, reflects on the actions taken by Mayor Barry Presgraves after posting a comment on his personal Facebook page that prompted allegations of racism. King said the best thing for Presgraves to do is to resign. 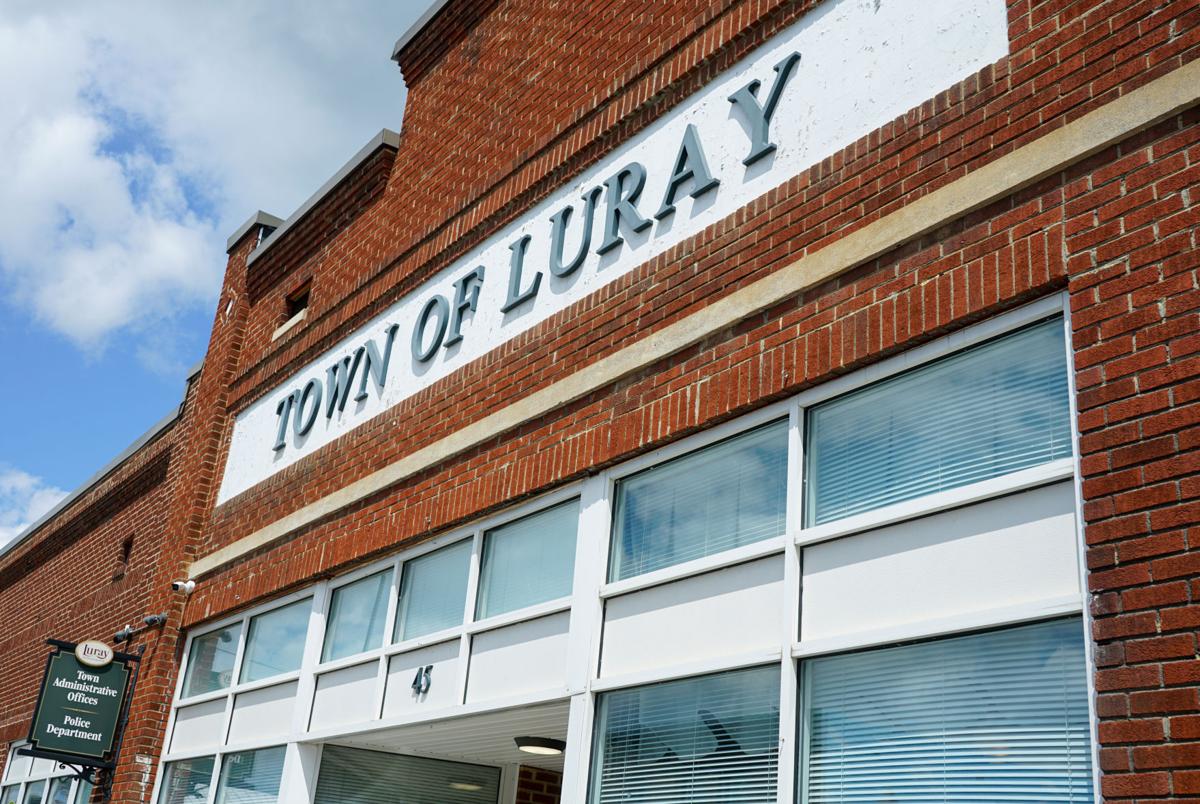 The town of Luray has gained national attention after Mayor Barry Presgraves posted on Facebook that “Joe Biden has just announced Aunt Jemima as his VP pick.”

Audre King, pastor at ER Church and owner of West Luray Rec Center, reflects on the actions taken by Mayor Barry Presgraves after posting a comment on his personal Facebook page that prompted allegations of racism. King said the best thing for Presgraves to do is to resign.

The town of Luray has gained national attention after Mayor Barry Presgraves posted on Facebook that “Joe Biden has just announced Aunt Jemima as his VP pick.”

LURAY — After opening the door to the Luray town office, a long hall leads directly to Mayor Barry Presgraves’ office, where the lights have yet to be turned on this week.

“He has not been in,” Town Manager Steve Burke said Tuesday afternoon.

Despite his absence, calls for Presgraves resignation continue to be heard by town staff and community members following the mayor’s Facebook post that has gained national attention.

Shortly after 5:30 p.m. Sunday, Presgraves posted on Facebook, “Joe Biden has just announced Aunt Jemima as his VP pick.” Aunt Jemima, a breakfast brand from Quaker Oats, was retired in June after the company said the Black character’s origins were “based on a racial stereotype,” The Associated Press reported.

According to the AP, Biden, the presumed Democratic presidential nominee, is on the verge of choosing his running mate, with the finalists believed to include three Black women — California Sen. Kamala Harris, former national security adviser Susan Rice and California Rep. Karen Bass — and Massachusetts Sen. Elizabeth Warren.

Presgraves has served as the Luray mayor since 2008 and previously served on Town Council. Presgraves could not be reached on Monday or Tuesday, but Burke said Presgraves responded to emails sent by council members — one of whom has called for his resignation.

“We have received a number of calls and emails about it,” Burke said.

By Monday afternoon, the town released a public statement saying, “The town of Luray’s mission statement included in our personnel policies manual states ‘It is the mission of every town employee to deliver quality service to our residents, customers, and visitors in an efficient, effective and equitable manner in order to promote pride in our community.’”

“We believe that our employees and every person in our community deserves fair and just treatment. The many voices of our community welcome all to Luray. The town of Luray rejects racism and is committed to working together with the community through understanding, compassion, and opportunity.”

Unless Presgraves resigns, there is little that can be done as Burke said Town Council does not have the ability to fire him.

Burke said that section of the town’s charter was readopted two years ago by the General Assembly.

Regardless, Presgraves will be out at the end of the year. The part-time mayor is not running for reelection in the November race.

Town Council will discuss how to move forward during a meeting next Monday, but one community member is urging for a change to be made.

Audre King, a pastor and owner of West Luray Rec Center, said during an interview Tuesday that his phone has been ringing nonstop since Presgraves’ Facebook post began to circulate. After seeing the post, King said he began to reach out to everyone in the community, especially the west side of Luray that has a higher Black population.

“Everyone there was outraged and calling for his resignation,” King said. “Even the older people I spoke with, and some don’t have Facebook, were not surprised [by his post], but shocked it was made publicly known.”

On Monday, King met with three council members, but declined to say who.

“Each expressed disappointment,” he said.

Then came the comments Presgraves gave to the Page Valley News on Monday, where he was quoted saying he thought the post was “humorous” and “I don’t have a racist bone in my body.”

King said that after the comments Presgraves made to the Page Valley News, the best thing the mayor could do is to step down.

“If we come together and say we can’t stand for this, it shows change can occur,” he said. “This is the step of unity, of moving forward.”

The Luray pastor also pointed out how the mayor’s actions were parallel to what King has seen with the issue of Confederate statues in the town, which are privately owned and cannot be removed. King said many of the Confederate statues were put in place post-Reconstruction and in the middle of Jim Crow and showed that while an African American was free, the state showed who was really running things.

“That is the feeling we are having [with Presgraves’ comments],” he said.

King said he hopes Presgraves will do the right thing, but said he expects come Monday night Presgraves’ will say he is not racist, he won’t resign, did not mean anything by the Facebook post, has Black friends or nothing at all.

“By the end of Monday night, we are expecting a resolve and if we don’t have that, then the system in place failed us and we will take it in our own hands,” King said.

Burke said the town is in the process of moving the meeting’s location to the Luray Volunteer Fire Department fire hall in order to accommodate more people. The meeting’s agenda and location will be finalized this afternoon.

The pastor should resign for using his voice to race bait and turn a humorous comment into something it never was, racist!

Could you explain exactly how it was humorous? And why an elected official should be making jokes that compare accomplished, educated black women to an outdated racial stereotype? Identifying racism is not race-baiting. Racism is more than wearing white hoods and beating people up; it is also making jokes that degrade or diminish people.

-Do you suppose the mayor reconsider his position and be convinced to resign if Demokkkrat Governor Ralph Coonman Northam would call and encourage him to "do the right thing"? Oh wait, never mind.......

It tells us all we need to know about the national media that a story about a small town mayor’s jab at Mr. Biden goes national while the execution-style killing of a white husband and wife in their eighties while visiting their son’s grave in a Delaware veteran’s cemetery by a black male is all but buried.

That said kudos to Ms. Wetzler for fleshing out this story beyond the usual generalized blah blah.

The town's Confederate statues are privately owned, and the mayor (who is not running for reelection) apparently doesn't give a rat's @ss about who is "outraged" about his social media post. Da*n the luck!

The privately owned Confederate statues have benefited from public tax dollars for their upkeep, restoration, and protection. The mayor's statements reflect badly on Luray - unless you like to promote your town as a haven for racism.