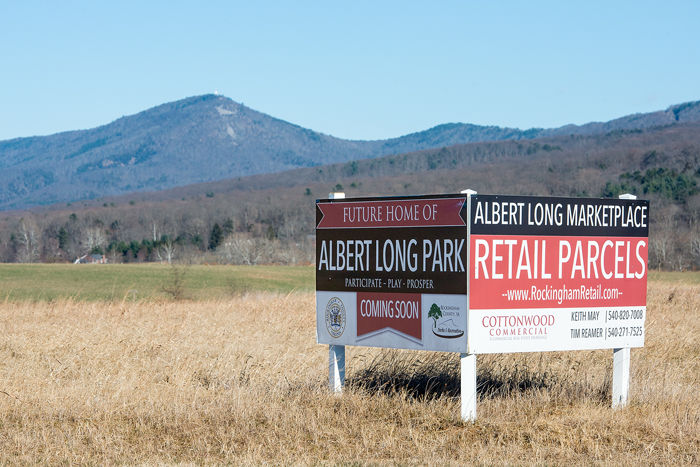 Albert Long Park, which is under construction, will be getting a new name: Rockingham Park at the Crossroads. 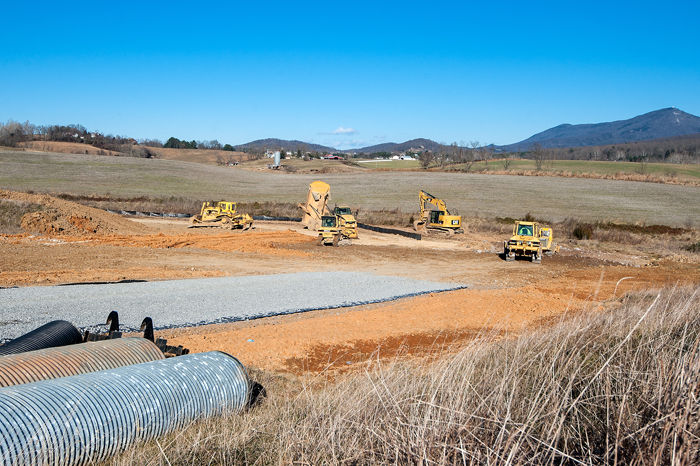 The Rockingham County Board of Supervisors voted Wednesday to rename Albert Long Park, which is under construction, to Rockingham Park at the Crossroads.

Albert Long Park, which is under construction, will be getting a new name: Rockingham Park at the Crossroads.

The Rockingham County Board of Supervisors voted Wednesday to rename Albert Long Park, which is under construction, to Rockingham Park at the Crossroads.

The Board of Supervisors voted Wednesday to rename Albert Long Park as Rockingham Park at the Crossroads.

The park will sit off U.S. 33 on 64 acres east of Harrisonburg, northwest of the intersection of U.S. 33 and Indian Trail Road-Cross Keys Road. It is expected to cost $22 million and feature four multiuse fields, two baseball and two softball fields, three playgrounds, four open-air shelters, a splash pad, an amphitheater, walking trails and an indoor recreation center.

The board was presented with three names compiled by the Rockingham Recreation Foundation, which is a financial advisory committee for the park.

The other two names were Crossroads Park and Indian Trail Park.

The county plans to retain the Albert Long name for the baseball and softball fields complex.

Long, a veteran of World War II, retired to the area and donated a separate parcel to the county for use as a park in 1970. He died in 1989.

The county traded the former 6.5-acre park off Reservoir Street with a 75-acre parcel on U.S. 33 in a deal with residents Terry and Lorri Taylor in 2014.

Officials hope to resume work in early 2017 on the first phase of the park, which includes the multiuse, baseball and softball fields, underground electric and all earth and road work.

Construction has been at a standstill since crews found four headstones near an old fence at the center of the park shortly after the September 2015 groundbreaking.

An archaeological crew identified 38 possible grave sites where the markers were found and in two other areas that could contain graves, based on historical records and statements from residents. Excavation of the graves began earlier this month, and the county plans to create a memorial at the site.

Supervisors also signed off on master plan changes to the mixed-use Preston Lake development east of the city.

The request came from MLK Preston Lake, which was created by Lanham, Md.-based NAI Michael Cos. when it purchased the 125-acre development in 2012.

The new master plan also includes flexibility for previously planned duplexes that could be developed as single-family homes.

A public hearing was waived for the request last month, but the board allowed one man to speak, who asked when the wall would be built.

Rockingham Park at the Crossroads--few people will use that name. Most will call it Crossroads Park. Nice try at a fancy name but it won't stick.