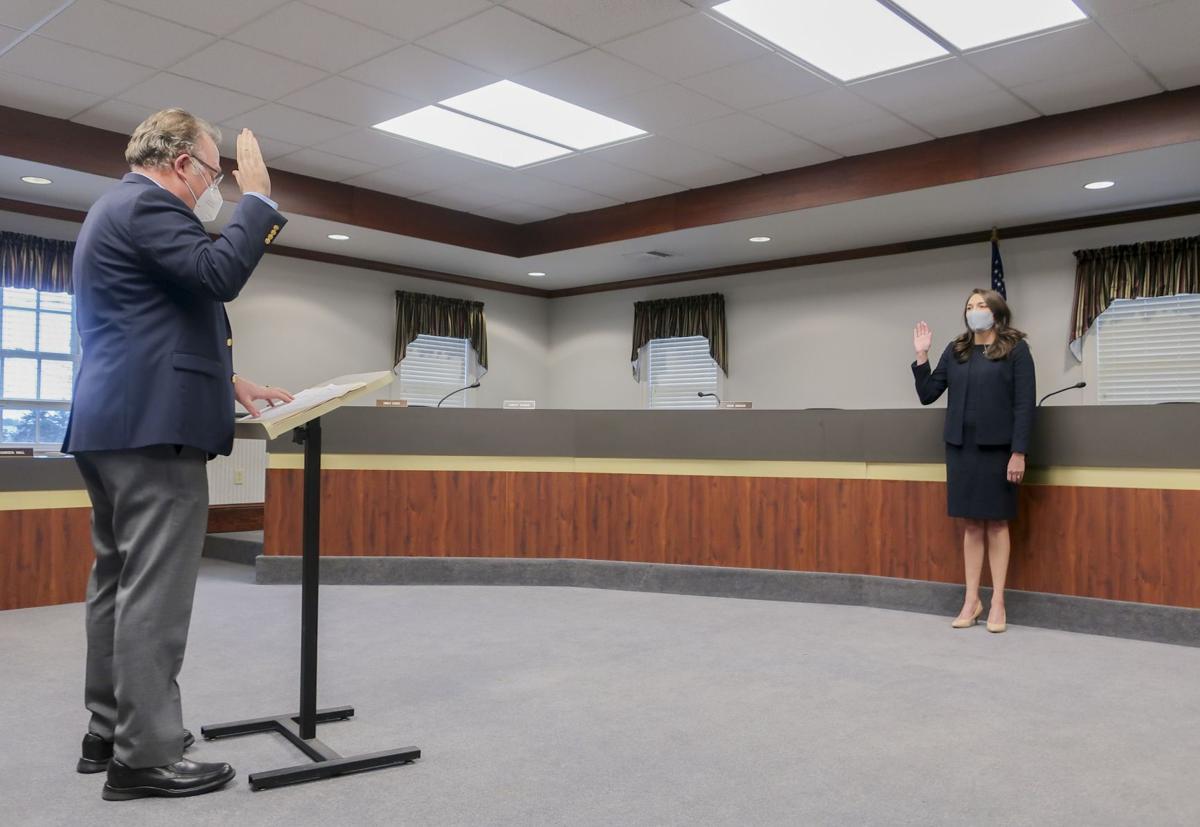 Heidi Hoover is sworn in as a new member of Dayton’s Town Council by Rockingham County Clerk of Court Chaz Haywood in a limited ceremony Monday afternoon before the council’s evening meeting. 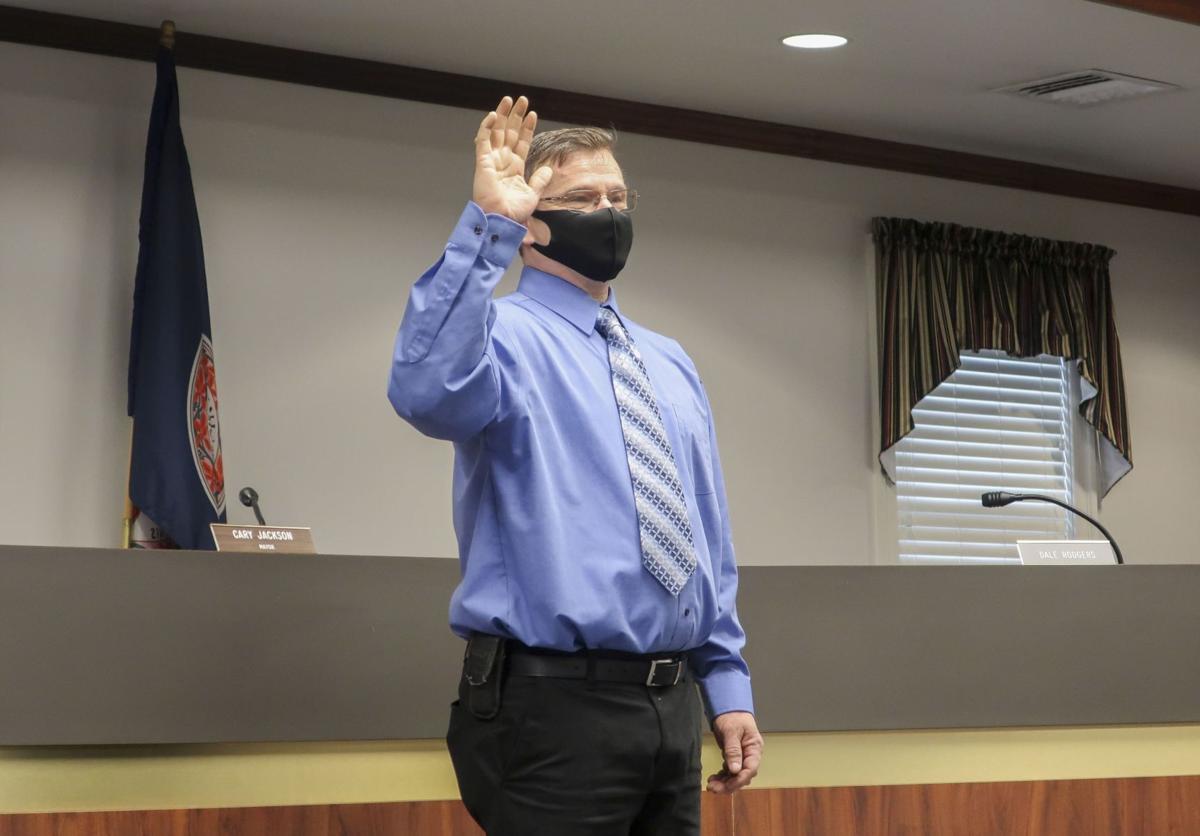 Robert Seward is sworn in as a new member of Dayton Town Council by Rockingham County Clerk of Court Chaz Haywood in a limited ceremony Monday afternoon before the council’s evening meeting.

Heidi Hoover is sworn in as a new member of Dayton’s Town Council by Rockingham County Clerk of Court Chaz Haywood in a limited ceremony Monday afternoon before the council’s evening meeting.

Robert Seward is sworn in as a new member of Dayton Town Council by Rockingham County Clerk of Court Chaz Haywood in a limited ceremony Monday afternoon before the council’s evening meeting.

Meek has worked for three years in the water plant and will need to be replaced at the site, but can fill in when necessary as the search for a new employee begins.

“I think he’ll be very effective in that transition,” Lawrence said of Meek.

Meggie Roche of Pennsylvania will begin work as the economic development coordinator on Jan. 19, according to Lawrence.

Dyjak and Rodgers were appointed to council in May to fill out the terms of deceased council members L. Todd Collier and Zachary Fletchall, respectively. Both Dyjak and Rodgers won elections in November to keep seats on council.

During the meeting, Lawrence said more information will be available on Jan. 29 about the town’s new $3.1 million water treatment plant.

The project has been slated for funding assistance for construction, according to town documents.

In town, work on the Mill Street project has begun, with a final completion slated for May 25.

Between Main and College streets, the curb and sidewalks will be demolished starting on Feb. 11, with new installations complete around March 22, according to town documents.

From College Street to Maple Lane, the curb and sidewalks are slated to be demolished on March 11 — the same day storm pipe and sewer infrastructure will be moved and/or installed. The new sidewalk and curb will be installed around April 15.

On April 9, the curb and sidewalks from Maple Lane to High Street will be demolished and new storm pipe will be installed. At this section, the new sidewalk and curb are slated to be installed around May 18.

Town Treasurer Susan Smith reported that 94% of vehicle license and real estate taxes have been collected.

Lawrence proposed to council posting signage to restrict parking at Dove Park to visitors of the park as area residents who have other parking available have been using park spaces. Council was supportive of the idea.