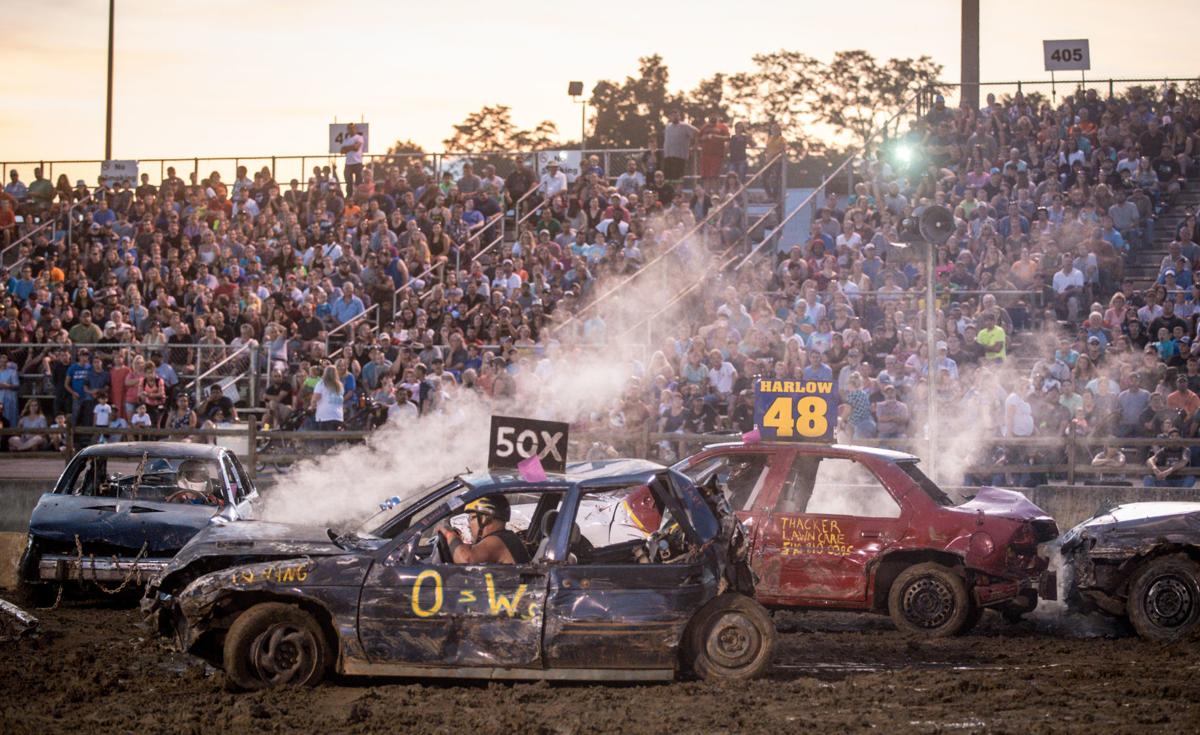 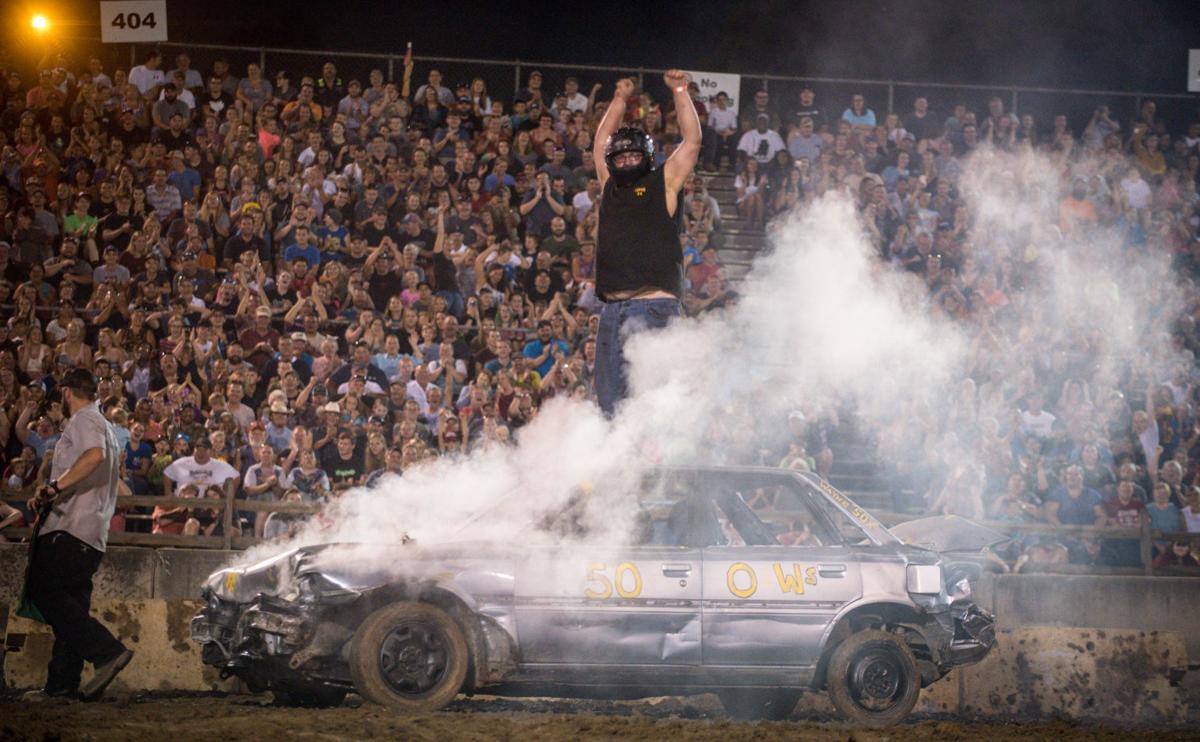 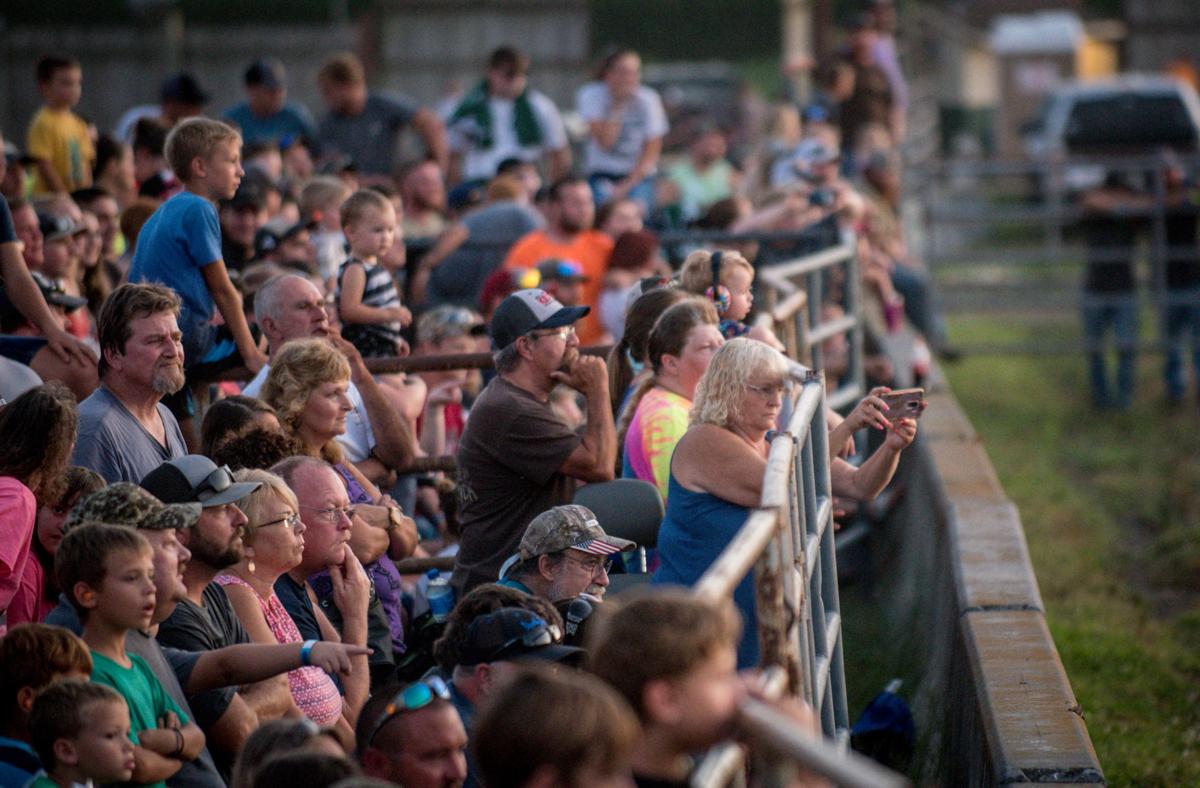 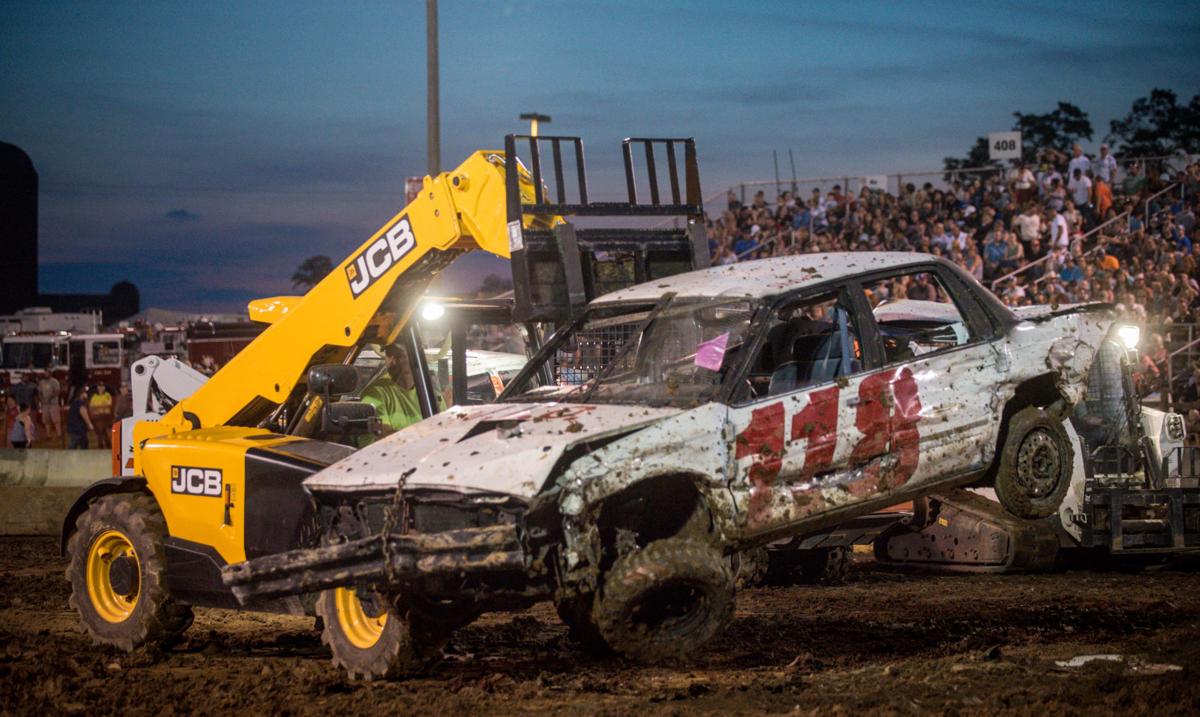 Disabled cars are carried off the field during Friday night's demolition derby. 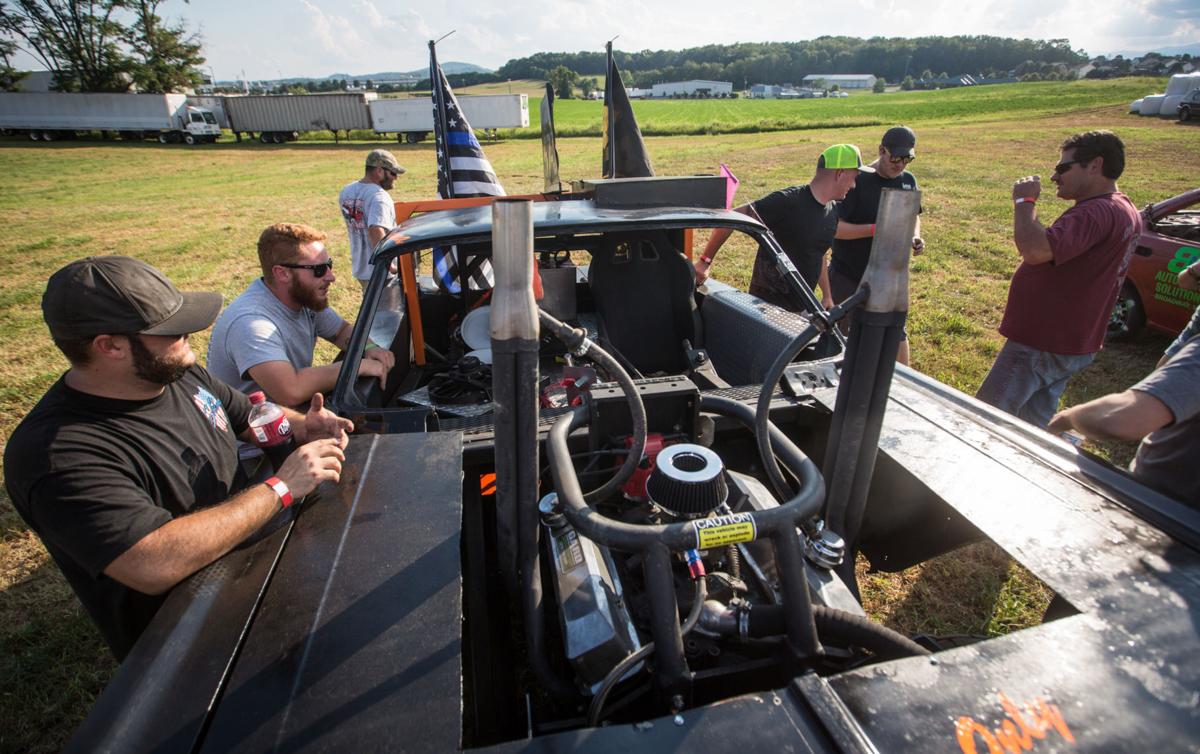 Demolition derby entrants gather around a car as they prepare for Friday night's competition.

Disabled cars are carried off the field during Friday night's demolition derby.

Demolition derby entrants gather around a car as they prepare for Friday night's competition.

HARRISONBURG — There are several motivations for demolition derby drivers to spend days ripping and welding to purposely bash their cars around a muddy ring — as they did Friday at the Rockingham County Fair.

Cody Joseph, 22, of Clover Hill, has run in about 10 demolition derby events, he said.

“I enjoy the hell out of it,” Joseph said. “I ain’t too worried about the money.”

Joseph ran a mid-90s Ford Crown Victoria eight-cylinder in the wire up class. This means that the only welding he could do would be for driver safety, but not to strengthen the overall car.

Joseph’s uncle, cousins, grandfather and grandmother all have participated in the world of demolition derby, he said.

Dallas Hayes, 19, of Zanesville, Ohio, also was introduced to the sport by family.

Hayes’ father got him into derby events, but hasn’t driven one in years. Now, Hayes said wants to get his father back into the sport and purchased matching 1993 Lincoln Town Cars to spur on the effort.

Hayes ran in his sixth derby at the Rockingham County Fair, and it was one of his first times running in the welded class.

In most of his events, Hays has run in wire up classes with both four-cylinder and six-cylinder cars, but on Saturday, he used a welded Chevrolet Cavalier.

“I got to get more into welding,” Hayes said. “I like the wire ups.”

Hayes said he plans to participate more this year, including in Page County and the Virginia State Fair.

James Minnick, 40, of Bridgewater, had run in eight derby events before taking his retro-fitted 1996 Nissan Altima into the ring on Saturday.

Road rage is the reason he got into demolition derbies, where the whole point is to smash into other drivers, he said.

It had been seven years since he had run in a derby, but he said he still knows there’s always pain the morning after.

“That’s why I go to the chiropractor,” Minnick said.