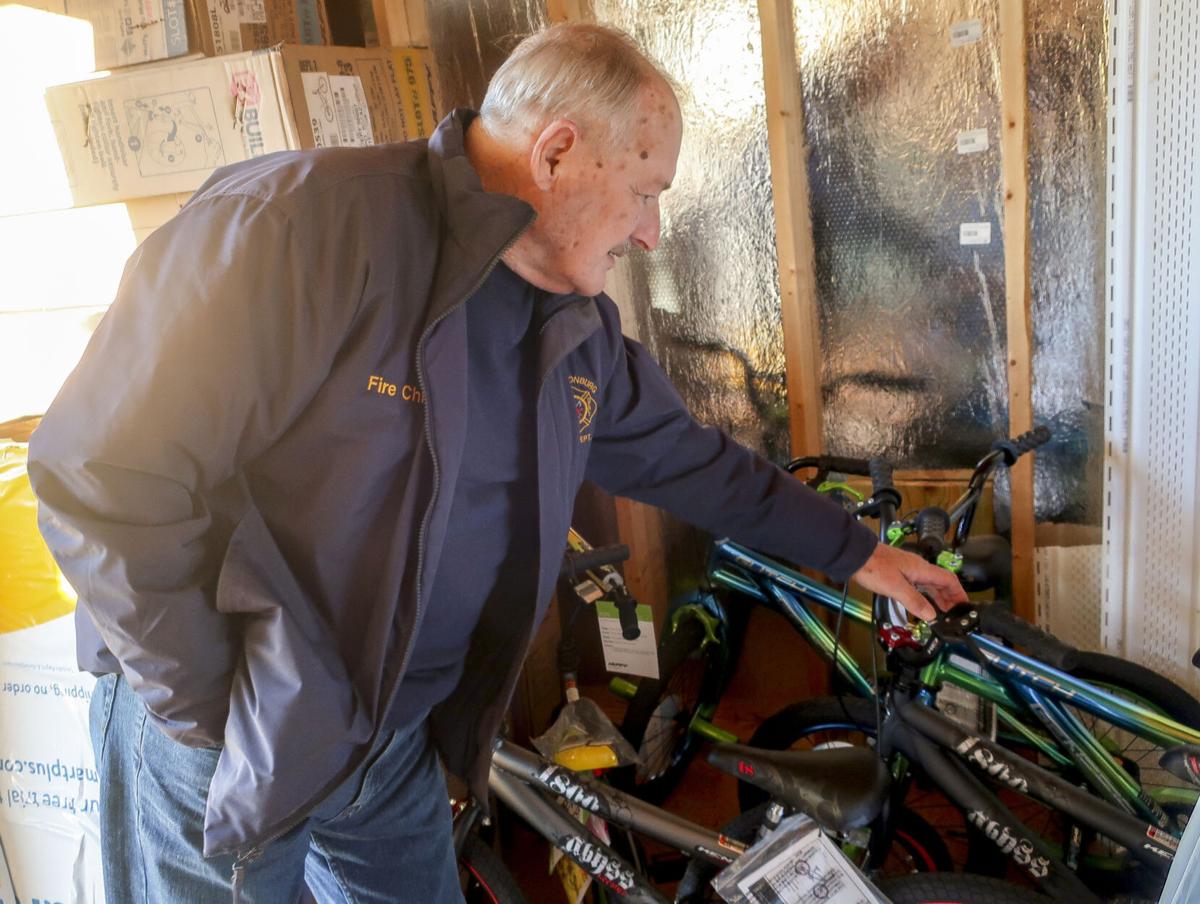 Former Harrisonburg Fire Chief Larry Shifflett looks over some of the bikes he is storing that will be donated to kids this Christmas. 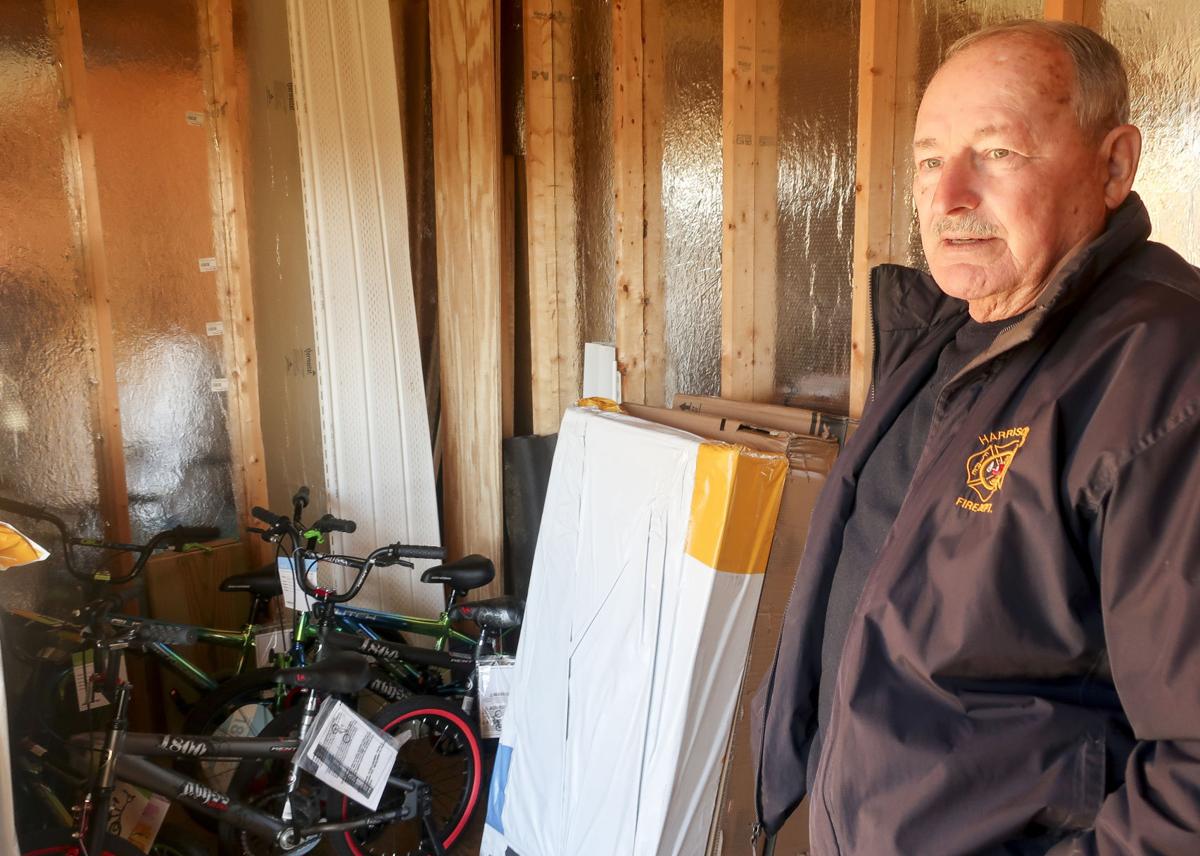 Larry Shifflett got involved with the bike donation about a decade or more ago. 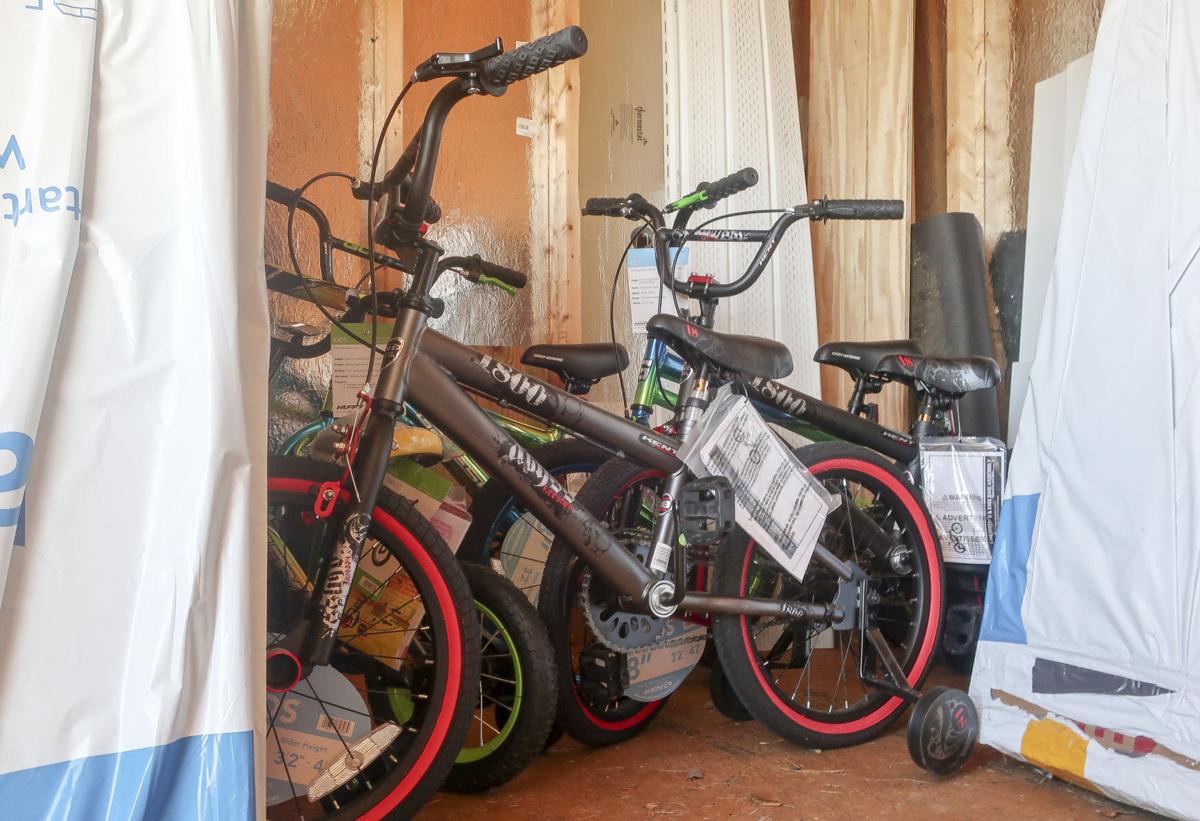 Larry Shifflett has 34 bikes in his shed already and is expecting four more soon. Last year, 220 bikes were given to children and the year before, 330 bikes were donated, according to Shifflett.

Former Harrisonburg Fire Chief Larry Shifflett looks over some of the bikes he is storing that will be donated to kids this Christmas.

Larry Shifflett got involved with the bike donation about a decade or more ago.

Larry Shifflett has 34 bikes in his shed already and is expecting four more soon. Last year, 220 bikes were given to children and the year before, 330 bikes were donated, according to Shifflett.

Inside, there weren’t fire engines or other emergency response vehicles, but bicycles destined to bring joy to kids in Harrisonburg and Rockingham County for the Christmas season.

The shed in Shifflett’s backyard had nearly three dozen bikes tucked to the side, most still unassembled in their boxes and some still with the plastic Walmart wrapping covering the cardboard packaging.

Shifflett first became involved in the annual bicycle collection for kids a decade ago or more, he said.

The drive is part of a multipronged effort by the Harrisonburg Salvation Army to give food, clothes, toys and other gifts to families struggling to make ends meet, he said.

While still at HFD, Shifflett would take two weeks of vacation time over the drive to help gather up and build bikes.

Between Dec. 6 and Dec. 15, donated bikes will be brought to the Rockingham County Fairgrounds, assembled if needed and inspected before they are given to children on Dec. 16, Shifflett said.

“It’s a labor-intensive operation, but it’s an operation that makes you feel good ‘cause you know what the end result is — that kids are getting the thing they want and need for Christmas,” he said.

He said HFD has become more involved with the drive over the last several years.

Last year, over 200 bikes were donated and the year before, over 300, according to Shifflett.

Even then, not every kid who wanted a bike got one.

“There were probably 60 to 70 kids last year who requested bicycles and didn’t get them,” Shifflett said.

Any kind of new bike can be donated because requests for bikes are from kids of all ages, according to Shifflett.

He said many kids ask for them, but families struggling to make ends meet may not be able to pay the $100 or more for a children’s bike.

“They cost a pretty penny nowadays with the way things are going,” Shifflett said.

Matt Tobia, HFD chief, said the drive is one of many the department is part of every year.

On Monday, HFD wrapped up this year’s winter coat drive, and the jackets will be given out at city schools next week, he said.

“We are extremely appreciative and humbled by the response we’ve gotten on that effort,” Tobia said.

For the bike drive, residents can drop off assembled or unassembled bikes at fire stations across the city, and HFD will make sure they reach the fairgrounds to be ready to be given to children on Dec. 16, according to Tobia.

“This is such an easy way to bring joy into a child’s life, so if they’re in a position to help we really would ask them to please consider giving,” Tobia said.

Shifflett said people often underestimate how much work is involved in charitable efforts done by the Salvation Army and other groups during the holiday season to pull off events like the Toy Convoy.

He said the bike program is a good one that helps the Salvation Army in its mission to help the community.

“It’s all a combined effort,” Shifflett said. “People working together to make kids happy at Christmas, and that’s the important thing.”