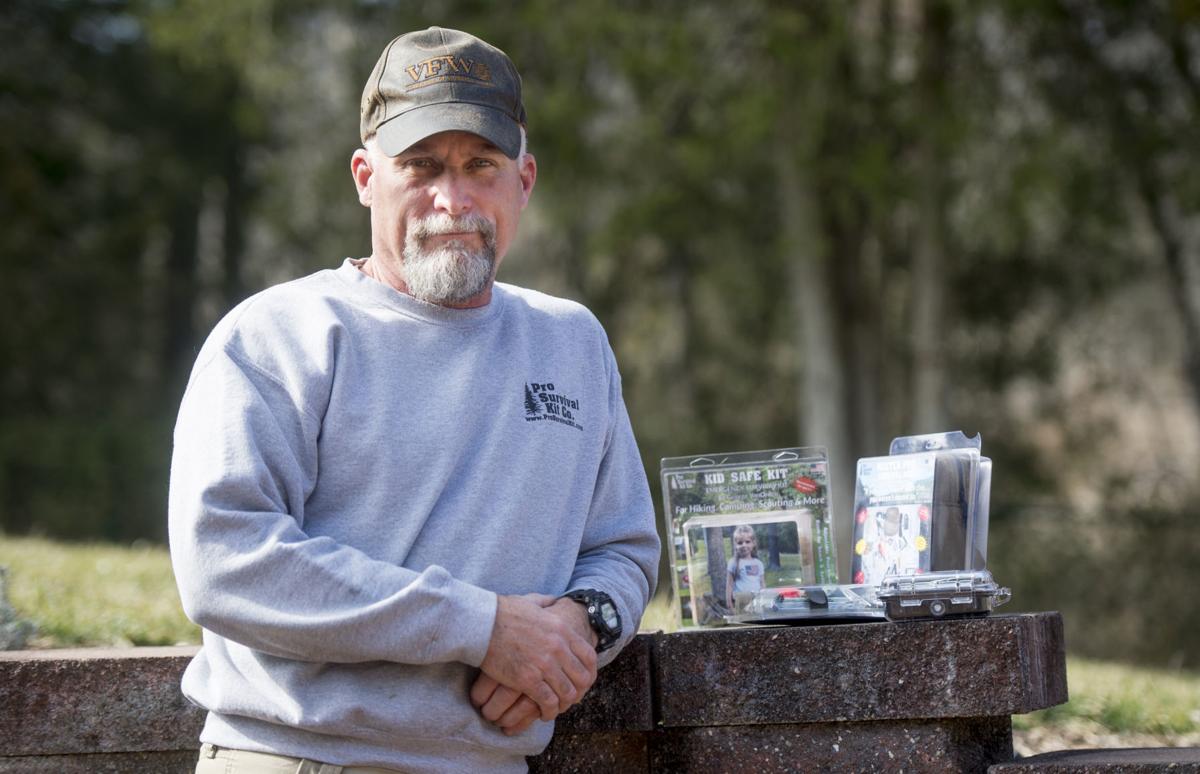 George VanOrden, owner of Pro Survival Kit Co., poses for a photo with some of his survival kits. 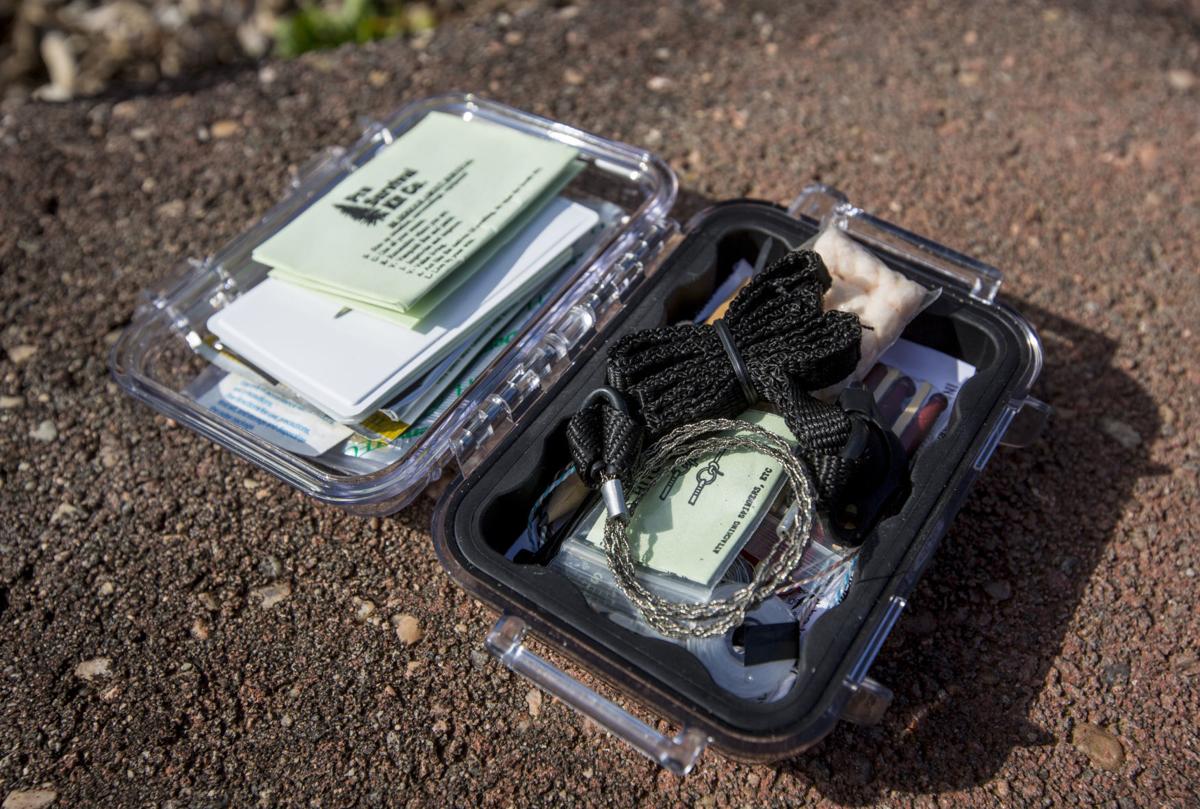 Pro Survival Kit Co., owned by Fulks Run resident George VanOrden, offers a variety of survival kits, such as this pocket-sized model designed for use by military special forces. 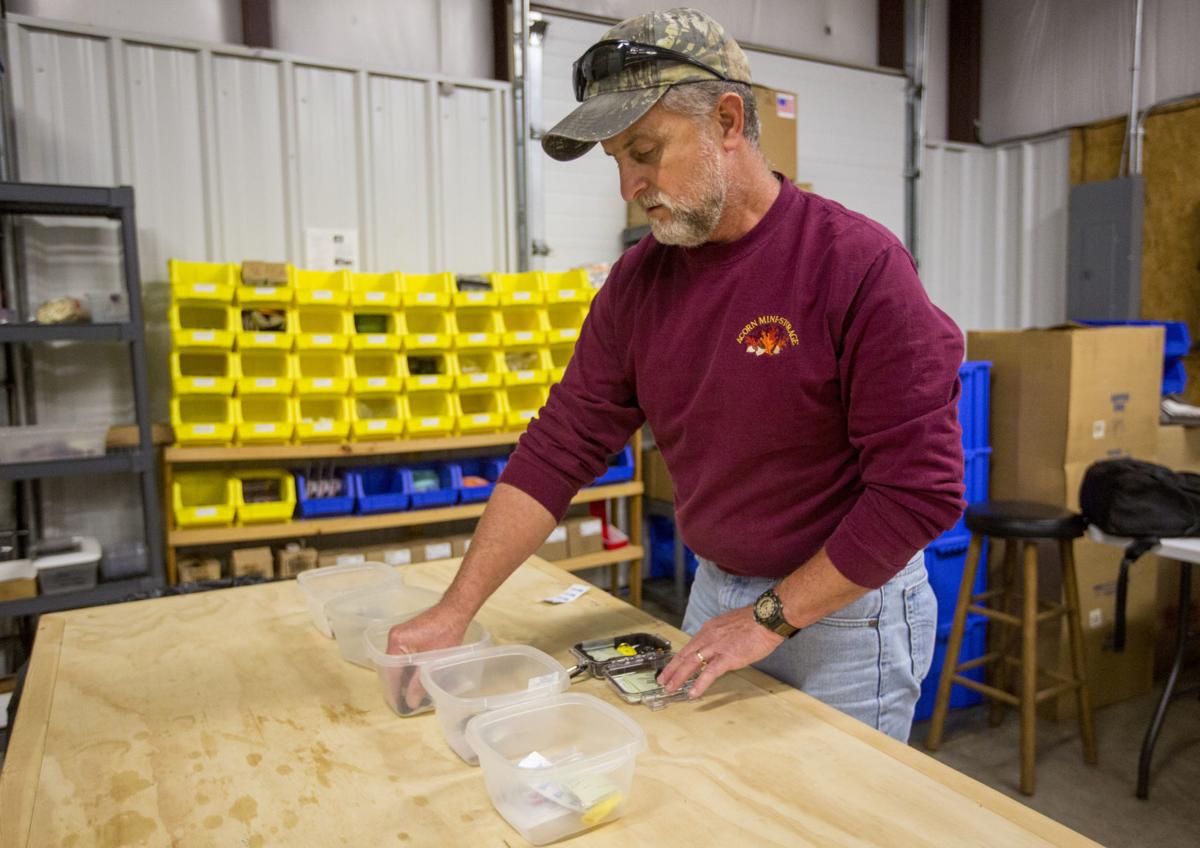 VIDEO: George VanOrden demonstrates what is in one of his survival kits.

George VanOrden, owner of Pro Survival Kit Co., poses for a photo with some of his survival kits.

Pro Survival Kit Co., owned by Fulks Run resident George VanOrden, offers a variety of survival kits, such as this pocket-sized model designed for use by military special forces.

VIDEO: George VanOrden demonstrates what is in one of his survival kits.

George VanOrden, whose roots in Fulks Run are planted as deep as his family name, is a fourth generation United States Marine, part of over 100 years of combined family military service. He’s also the fourth, and final, George in the family.

VanOrden grew up and went to school in Fulks Run with no desire of following in his father’s, grandfather’s or great-grandfather’s — all Georges — footsteps. As a laid-off concrete truck driver at 20 years old, VanOrden decided to enlist and was sworn in by his father in 1982.

Over the 20-year period he served, VanOrden became a mountain warfare instructor in the Sierra Nevada Mountains, where he trained Marines and Navy SEALs in survival and survival kit construction. He also was a reconnaissance instructor at the Amphibious Reconnaissance School in Coronado, Calif., and taught survival, demolition and land navigation to Marines, Navy SEALs, Army Rangers and Army Special Forces personnel.

His background in survival training would lead him to making his own personal survival kits that would kick-start his business, Pro Survival Kits Co., upon his retirement in 2003.

“I had no interest in running a school when I retired, so I started the company after I retired,” VanOrden said. “Now I have been in the business for 17 years.”

The Pro Survival Kit has been used by the most elite military forces in the world, said VanOrden, with the kits standard issue for numerous Special Operations units that have carried them in conflicts around the globe.

“Navy SEALs have tested and said they are the best available,” he said.

Jay Cassell, with Field & Stream Magazine, said, “If you can’t survive with this, you weren’t meant to.”

Pro Survival Kits are not only used by the military, but also by members of the FBI, the Department of Fish and Game, the Bureau of Land Management and other state and federal agencies.

Since starting the company, VanOrden has created several different versions of survival kits to fit any civilian need, whether hunting, camping or personal.

“Our job is to keep people alive long enough to be found,” VanOrden said. “When you open our kits, they are going to keep you alive here and there. We supply the tools to be used for years and years.”

Some of the styles VanOrden has created includes a Kid Safe Kit, a Belt Pro Kit, a Grab & Go Pro Survival Kit, Hunter Pro Survival Kit and a Pocket Pro Escape & Evade Survival Kit. Each kit is equipped with necessary tools to survive any situation, such as a fire starter, a whistle, survival instructions on waterproof paper and a fishing kit.

“When we started, we were the only kit. Nobody built a kit that was high end,” VanOrden said. “We always started out as high-dollar and continued to update the kit with the latest and greatest, while staying as small as possible.”

Most kits could fit in a palm of a hand or in a pocket of a bag, while eliminating unnecessary weight. One thing VanOrden doesn’t skip out on is the quality of equipment used.

For those who would rather customize their survival kit, VanOrden has made that option available.

“We want to be a custom thing, not a mass-production thing,” he said. “We have gone so far that if someone wants a personal knife, we will drop our knife and package that one.”

Survival kits are not the only thing VanOrden and his partner, Scott Lee, produce.

Catering to the other side of his military career, VanOrden owns Eagle Tears Inc., food-based oils and solvents to protect firearms and their user.

“It’s a natural gun cleaner that uses oils that are nontoxic,” VanOrden said. “We are the only one with a paste form and we are learning every day what it can do.”

On top of his two businesses, VanOrden runs survival courses on his property through Airbnb experiences.

The course lasts five hours and touches on navigating for the sun, making a shelter and how to locate water.

“It becomes a competitive thing,” he said.

In his spare time, VanOrden works on a log cabin he is building on his property along with taking care of numerous vintage automobiles.