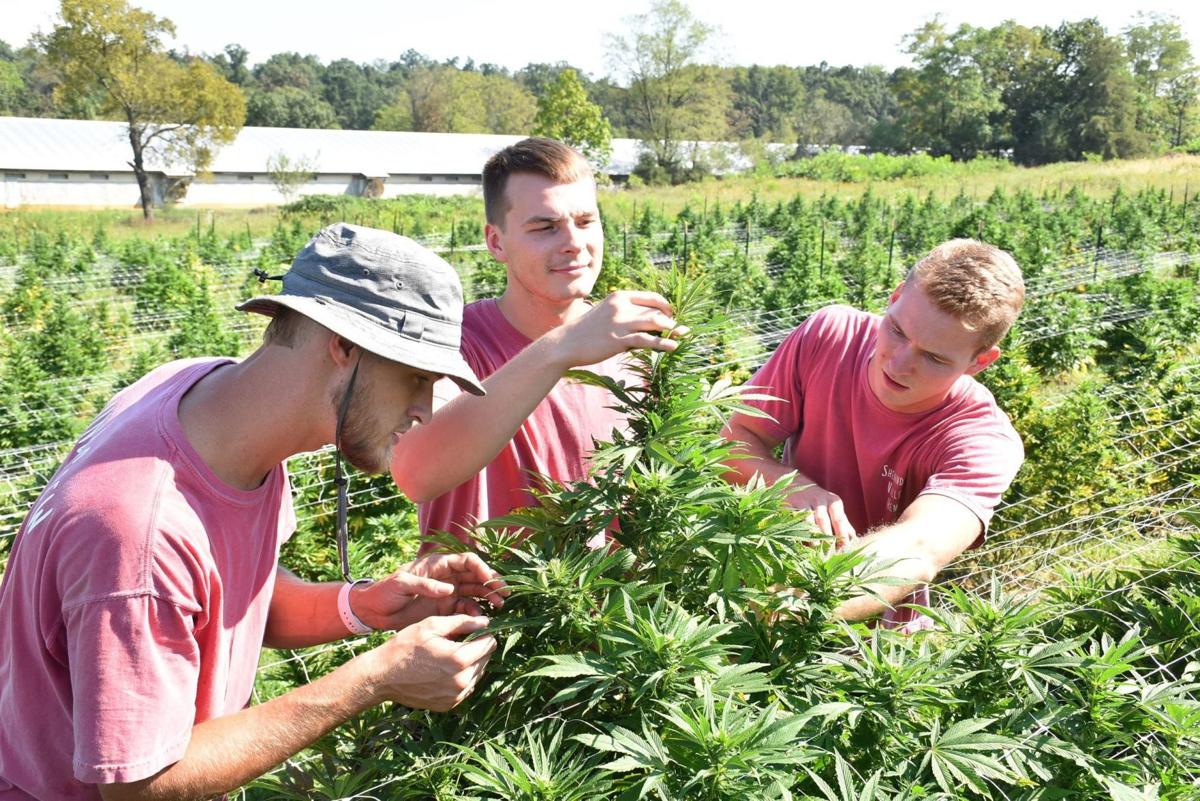 The Johnson brothers brothers Jake, 26, Tanner, 27, and Abner, 22, inspect a hemp plant to be used for CBD oil at their operation in Weyers Cave. 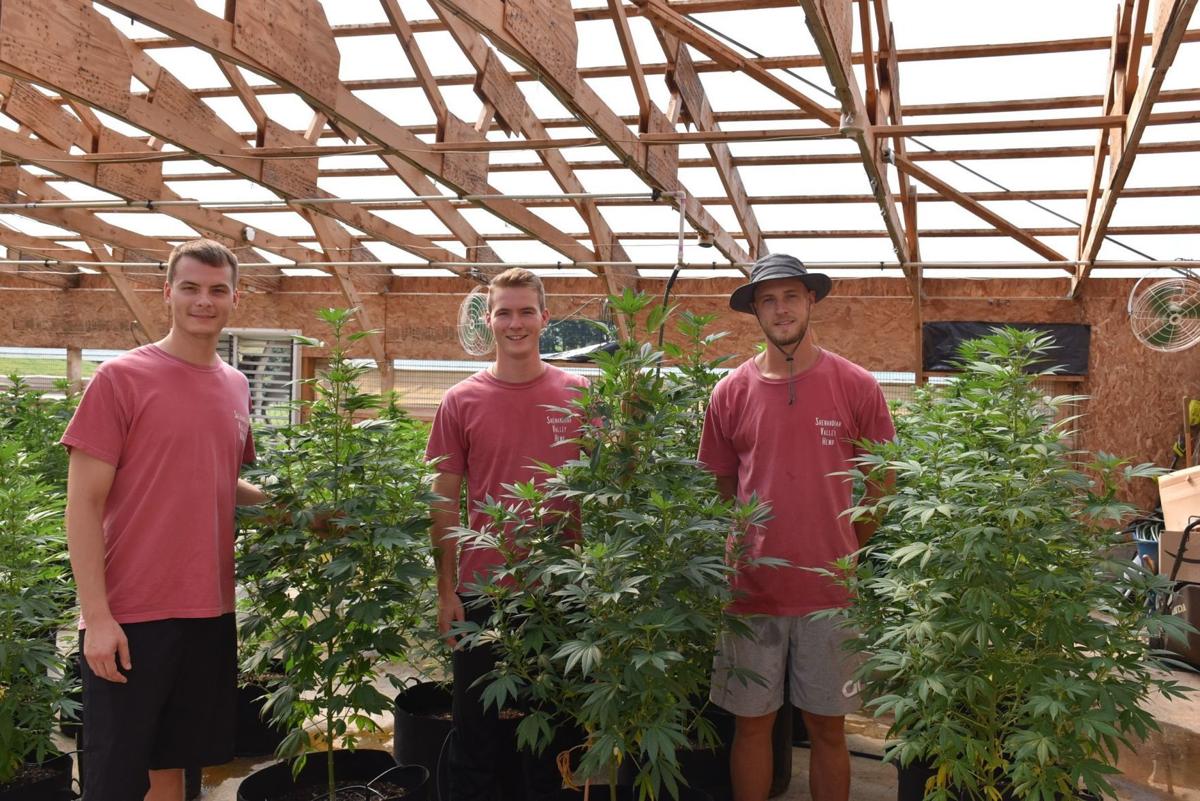 Tanner, Abner and Jake Johnson pose for a photo in their greenhouse.

The Johnson brothers brothers Jake, 26, Tanner, 27, and Abner, 22, inspect a hemp plant to be used for CBD oil at their operation in Weyers Cave.

Tanner, Abner and Jake Johnson pose for a photo in their greenhouse.

HARRISONBURG — Jake, Abner and Tanner Johnson, of Harrisonburg, do most things brothers do together, and they’re doing something that very few across the Commonwealth are — growing hemp.

Jake Johnson, 26, and Abner Johnson, 22, first had the idea to start the business three years ago and now, they’re growing hemp for CBD oil on a 1-acre plot and a 2,500-square-foot greenhouse in Weyers Cave.

“We’re very passionate about the cannabis plant and when we saw the opportunity to grow hemp, we hopped on board,” Jake Johnson said.

Their company is called Shenandoah Valley Hemp, and was born out of changes in the 2016 Farm Bill and ensuing Virginia state law that allowed hemp to be grown for commercial purposes.

Previously, hemp could only be grown for research through institutes of higher education.

Jake Johnson, a James Madison University graduate, spent time on various cannabis farms in Portland, Oregon, during a JMU internship. That’s where he first learned about what it takes to run a hemp business.

The oldest Johnson brother, Tanner, 27, joined the business this year.

Most hemp growers produce for fiber, whereas the Johnson brothers are growing for CBD oil.

As Abner looked into research, he noticed something that would prove a major obstacle.

“I realized they were conducting experiments completely different,” he said.

Since hemp is still in its first publicly legal growing season across the Commonwealth, there is still quite a bit of research to be done on best practices, Abner Johnson said.

However, there is still help.

Daniel Downey, a JMU chemistry professor, has taken the brothers’ hemp for research, along with products from several other hemp farmers.

“We’re analyzing their plant as they are growing them and then we’ll give them feedback on what seems to be working,” Downey said.

Hemp needs to be watched closely over the late summer, as that’s when the THC percentage starts to rise, he said.

In Virginia, if the THC percentage in hemp rises above 5%, the product is destroyed.

“Compliance with the law is our first priority here,” Abner Johnson said.

To avoid this risk farmers can visit licensed testers, but that often comes at a hefty price.

The JMU inspection is free as the lab is getting valuable research materials from the farmer, Downey said.

“Farmers plant a crop, but they don’t walk away from it — and hemp’s no different,” he said.

Downey was a neighbor of the Johnson brothers when they were young, and met them again by chance in May as he was taking a chemistry field work class on a tour of the farm site.

“It was kind of serendipity from the standpoint that we weren’t there for hemp,” he said.

The lab’s ability to help hemp farmers will only grow, according to Downey.

“We’re just getting fired up this year,” he said.

As for the Johnson brothers, they are already looking at building onto their business with a processing facility, allowing them to make CBD from their raw hemp as well as other farmers' hemp.

There are two kinds of hemp processing which use ethanol of carbon dioxide to produce CBD oil, Abner Johnson said.

Carbon dioxide processing “uses no solvents and comes out as very pure product that never was used with any of those other products or solvents that could be harmful,” he said.

Right now, the brothers are looking at leasing and retrofitting a space around Dayton.

“Researched processing is definitely going to be the next new wave,” Tanner Johnson said.