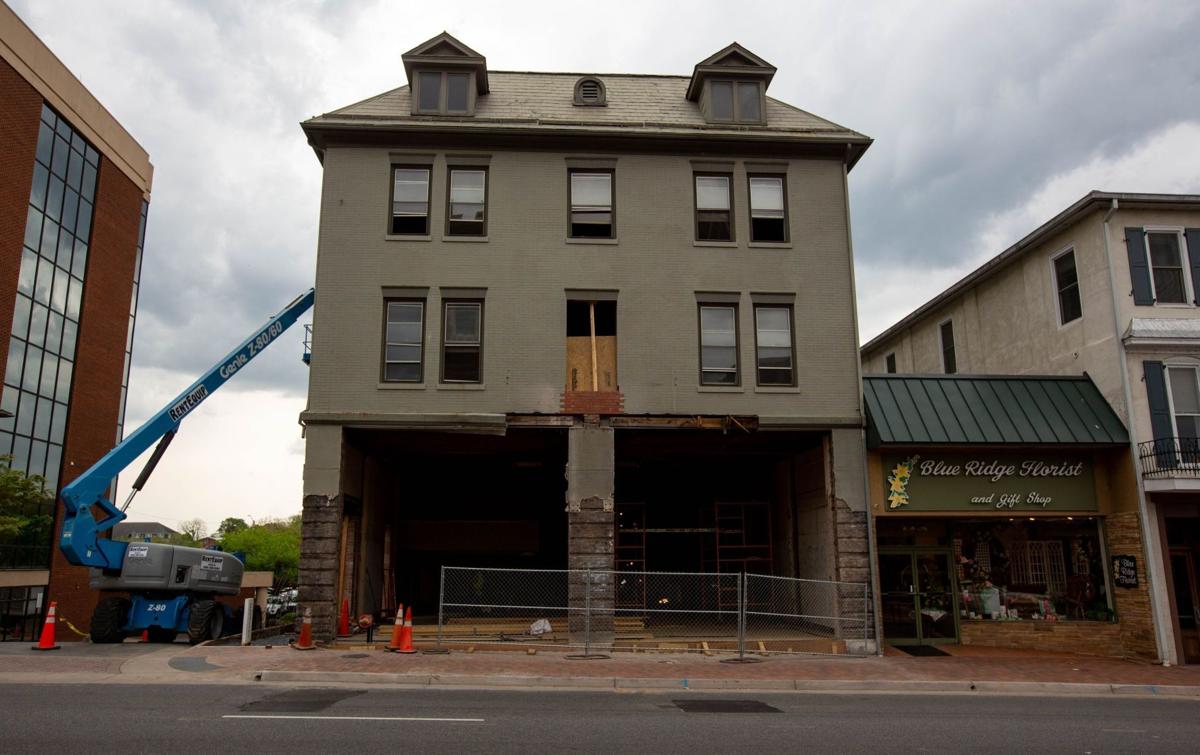 Renovations are underway on the former Kavanaugh Hotel Annex in downtown Harrisonburg. 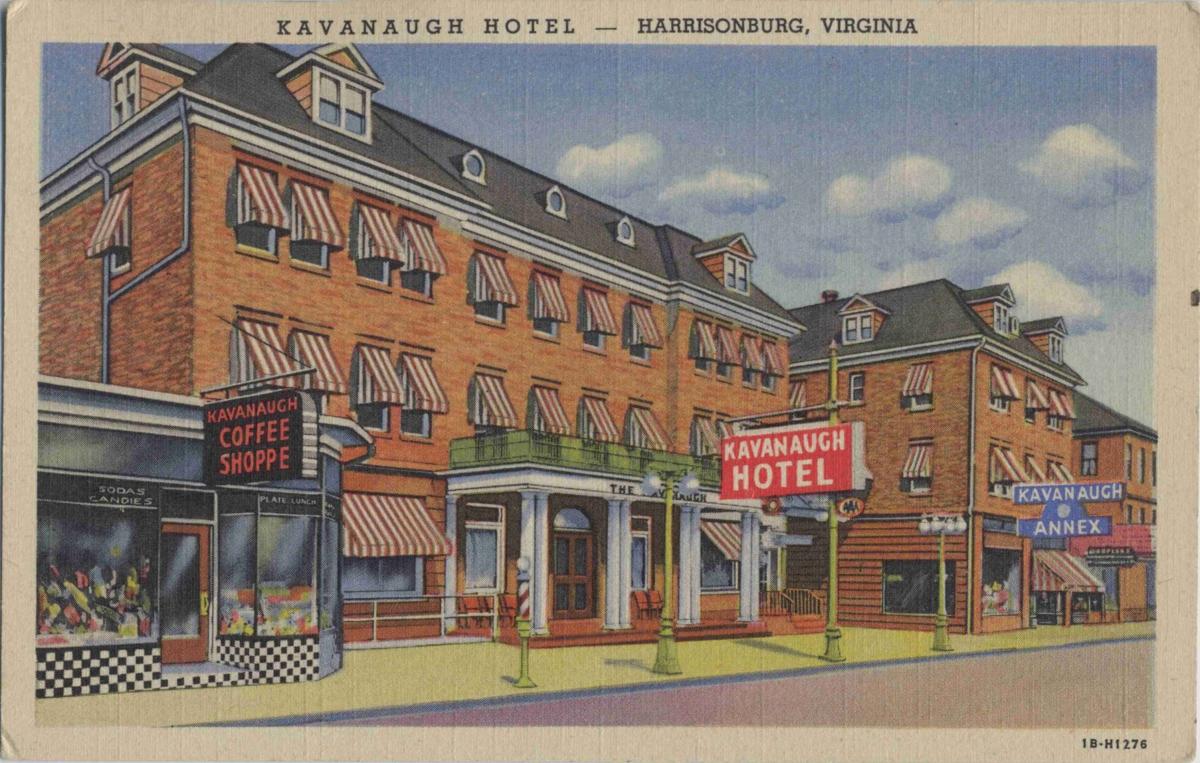 The Kavanaugh Annex, seen on the right, is what's left of the Kavanaugh Hotel, which was built in 1905 by brothers James and Joseph Kavanaugh. 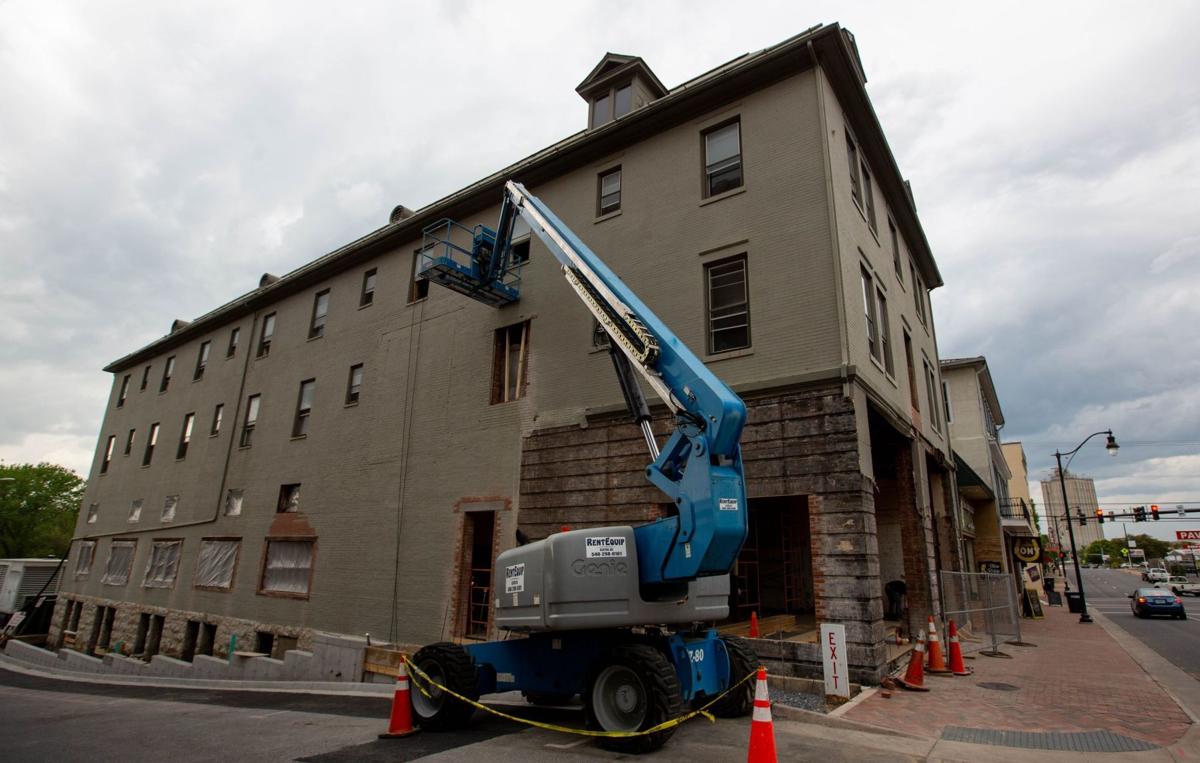 Renovations to the former Kavanaugh Hotel Annex will bring 25 apartments to downtown Harrisonburg.

Renovations are underway on the former Kavanaugh Hotel Annex in downtown Harrisonburg.

The Kavanaugh Annex, seen on the right, is what's left of the Kavanaugh Hotel, which was built in 1905 by brothers James and Joseph Kavanaugh.

Renovations to the former Kavanaugh Hotel Annex will bring 25 apartments to downtown Harrisonburg.

Another historical property in Harrisonburg is under renovation.

The Kavanaugh Annex building, an addition to the former Kavanaugh Hotel, is getting a makeover.

The renovations of the building at 157 N. Main St. include a rooftop platform for a new HVAC system, new sprinkler, plumbing and electric systems, as well as the build-out of 25 apartments, according to city building alteration documents dated Dec. 12.

Four apartments are slated for the basement, with five on the first floor and eight units each on the second and third floors. The price tag for construction is $46,153, according to the permit.

The annex is all that remains of the original 53-room hotel. The inn was built in 1905 by brothers James and Joseph Kavanaugh, according to documents in the Kavanaugh Hotel Collection archive of the Harrisonburg-Rockingham Historical Society.

Six years later, Joseph Kavanaugh died. His brother continued the business, expanding the hotel with 64 more rooms by the early 1920s. The Kavanaugh Hotel also had other offerings, including a parking garage, restaurants and a coffee shop and barber.

Another hotel was previously located on the site before the brothers built their structure. The Virginia Hotel was owned by the Kavanaugh brothers’ father, who bought the business in 1859.

By the end of 1977, the hotel shut its doors for good and the original building was razed several years later, according to records. The Harrisonburg Public Safety Building stands where the original hotel was.

Historic buildings, wherever they are, help “ground” people in a sense of place, said Penny Imeson, executive director of the Harrisonburg-Rockingham Historical Society in Dayton.

“I would say historic buildings are essentially artifacts,” Imeson said. “They are contributing to our cultural heritage as a community and they tell their own stories. We look at them and think back.”

She said they also connect us with those who came before us, especially if there are daily connections to an industry or trade related to construction.

“The wonderful thing about the buildings is that there were artisans with trades and skills who built them, and that’s something to appreciate,” Imeson said.

Before renovations began, the Kavanaugh Annex was the Loewner Apartments. Kavanaugh LLC bought the property in 2016 for $725,000 from Darryl Nash, according to Harrisonburg real estate records. The property is valued at $980,100. Virginia State Corporation Commission documents list Barry Kelley, CEO and founder of Matchbox Realty and Management Services, as the registered agent for Kavanaugh LLC.

Andrea Dono, executive director of Harrisonburg Downtown Renaissance, said such credits are vital to encourage developers to bring new life to old structures instead of tearing them down for replacement.

She said it takes a lot of “love and money” to revitalize some old buildings.

“These really are a labor of love,” Dono said.

And without the tax credits, many developers would likely opt for a more cost-effective path, whether that means not bothering with such a project to begin with or demolition instead, according to Dono.

"Those incentives make all the difference," she said.

Having historic buildings in a downtown setting helps it feel like a destination and a gathering center, drawing both residents and visitors into its fold, according to Dono. In such a place, jobs are created, businesses are built, tax revenue is generated and memories are made, she said.

Plans for the improvements go back to the sale of the site to Kavanaugh LLC, according to Daily News-Record archives. In 2016, a member of the group spoke with the Daily News-Record about potential renovations after the sale, adding it was not an immediate plan and could take several years to materialize.

In May, Harrisonburg City Council approved the sale of a 1,310-square-foot portion of the adjacent Harrisonburg Public Safety Building property to Kavanaugh LLC as the extra space was needed for the renovations to meet the Virginia Uniform Statewide Building Code, according to city documents.