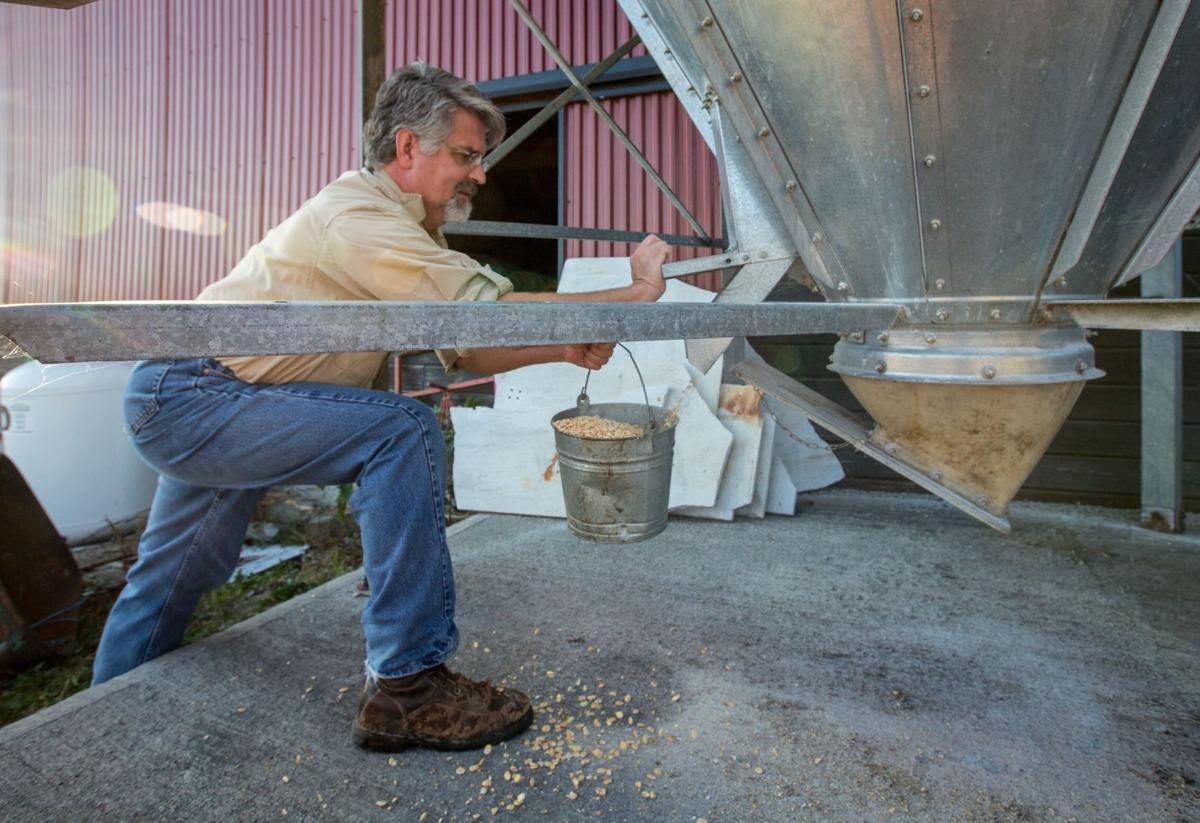 David Lee fills a bucket with feed on his cattle farm in Singers Glen on Wednesday. 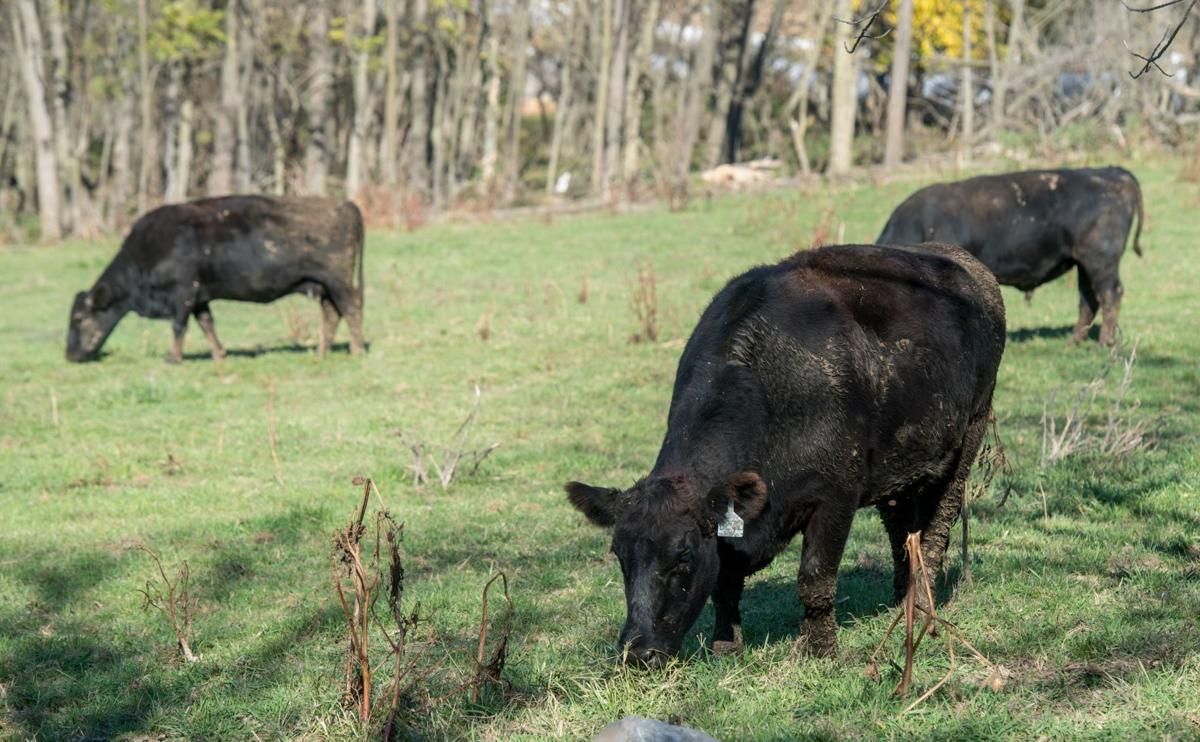 Cattle graze in a field on John May's farm outside Timberville Wednesday. 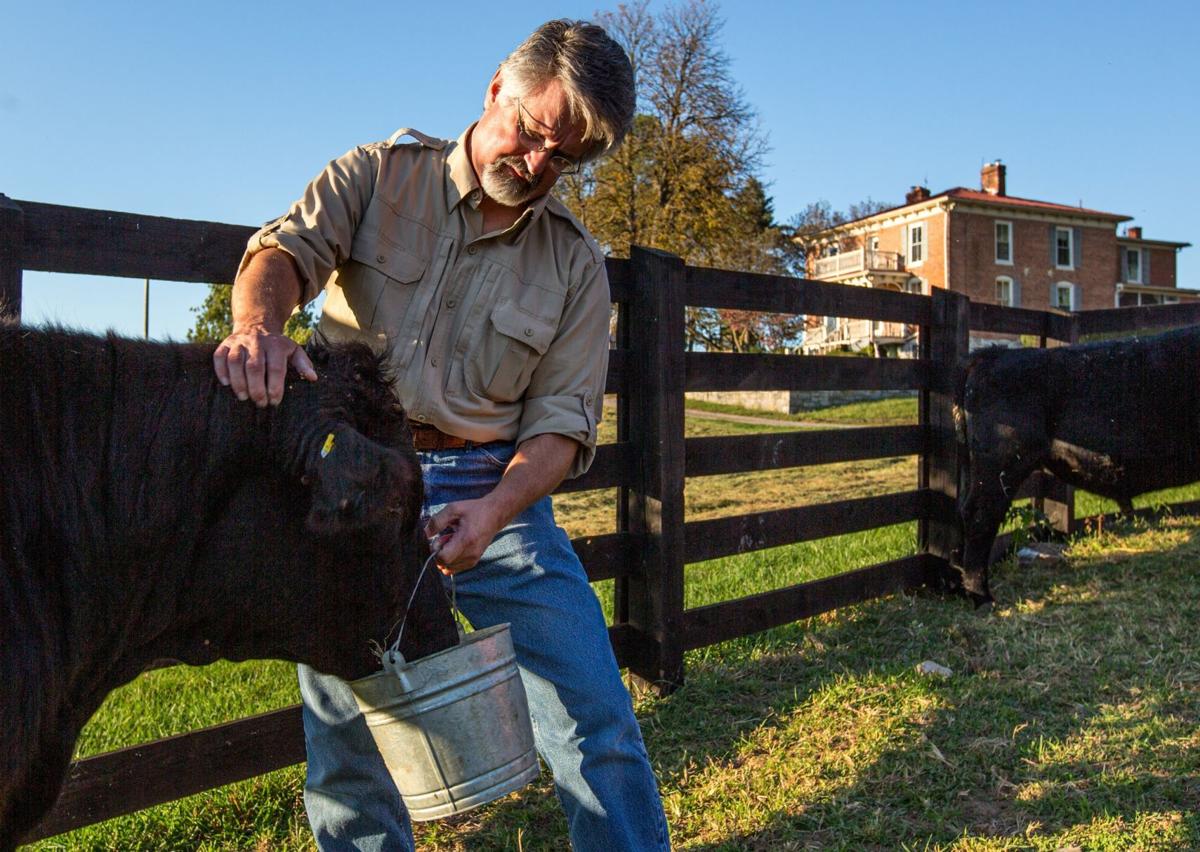 David Lee feeds some of his cattle at his farm in Singers Glen Wednesday. 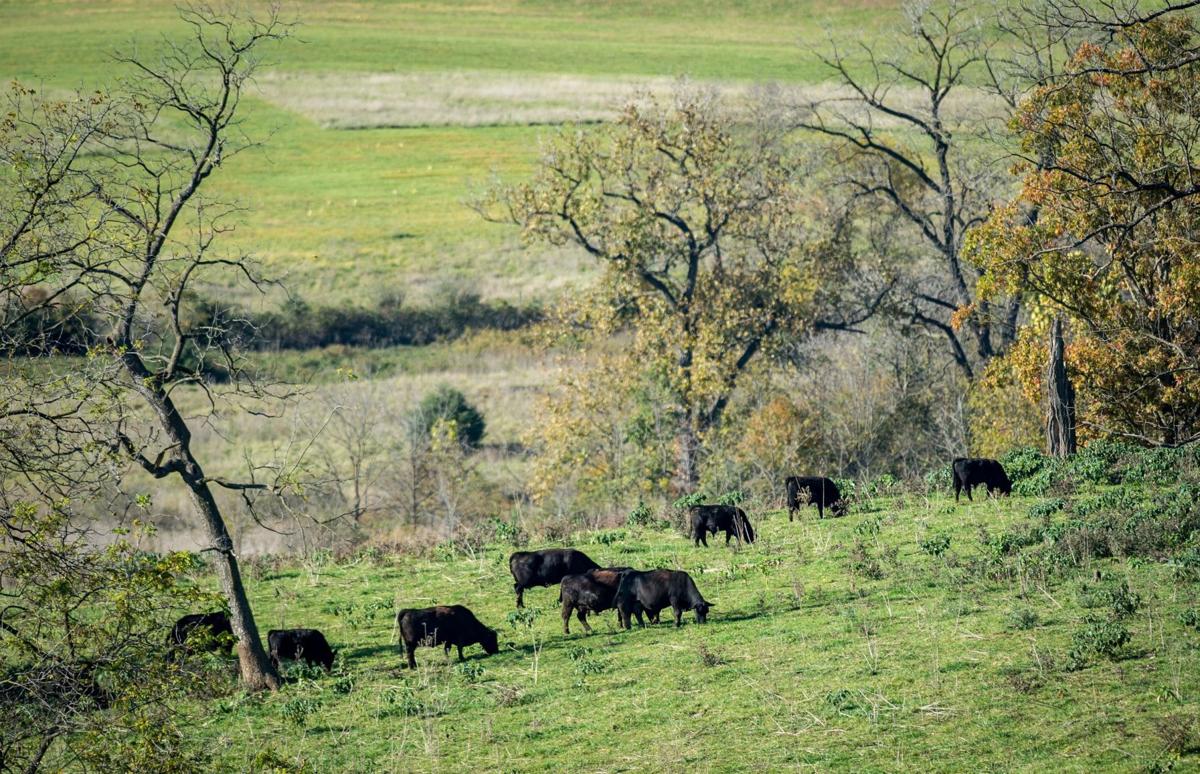 Cattle graze in a field on John May’s farm outside Timberville Wednesday.

David Lee fills a bucket with feed on his cattle farm in Singers Glen on Wednesday.

Cattle graze in a field on John May's farm outside Timberville Wednesday.

David Lee feeds some of his cattle at his farm in Singers Glen Wednesday.

Cattle graze in a field on John May’s farm outside Timberville Wednesday.

The Grottoes family farm of Charles Patterson can trace its roots back to 1745. And as a seventh-generation farmer, Patterson knows his history.

“I could remember my granddaddy and my grandmother telling me they used to have what they called ‘beef clubs,’” Patterson, 66, said.

These “beef clubs” were a loose organization of about eight to 10 people in the area who would slaughter cattle on a rotation. The neighbors would come and take a slice so all the meat would be used before it went bad, according to Patterson.

“When you’re a young fella, 10 or 12, you think, ‘This is crazy,’ but they didn’t have refrigeration and they were used to a lot more as far as bacteria and that sort of thing,” he said.

Nearly 100 years after the beef clubs Patterson’s grandparents told him about, the COVID-19 pandemic threw a wrench in the meat supply chain across the nation.

U.S. Rep. Thomas Massie, R-Ky., a farmer, said he and others had seen the chain’s weaknesses in the past and tried to pass legislation, such as the PRIME Act. Massie originally introduced it in 2015 and again in 2017 and for a third time this year, according to federal documents.

The bill would mean livestock slaughtered at small “custom” processors could be sold inside a state, if the state legislature approves the measure. PRIME stands for Processing Revival and Intrastate Meat Exemption. Rep. Ben Cline, R-Lexington, is a co-sponsor.

“I’m hearing from processors around my district, who are often the only available processor in the entire county or for a hundred miles, who are so busy that they can’t turn around a request in a timely manner,” Cline said in a previous interview with the Daily News-Record.

Bottlenecks in meat processing have led to significant delays, which are causing instability for farmers, according to processors and producers.

However, Patterson, like others in the Shenandoah Valley, has reservations about just how useful the PRIME Act will be in addressing the issue.

“I’m not real keen on it, to be honest with you,” Patterson said. “I think it’ll give the cattle industry a bad name if one person gets sick.”

He said existing rules and regulations are a result of fixing the previous meat processing practices that led to sickness for consumers.

“It seems like we’re taking a step back instead of going forward,” Patterson said.

Cattle industry stakeholders, such as producers and processors, told the Daily News-Record on Wednesday there needs to be more local processing to help ease the backups seen in all parts of the cattle processing industry from U.S. Department of Agriculture and state-inspected facilities to custom-exempt operations.

“The problem is, how do you get to that point?” said Jay Calhoun, the president of the Virginia Cattlemen’s Association.

He said the risks of the bill outweigh the rewards.

“I feel their pain, I understand, but the picture they miss is if people get sick, the headlines aren’t going to be that [a single producer] sold” bad meat, Calhoun said. “It’s going to be beef made this man sick.”

Massie said the PRIME Act addresses this concern in two ways. The first being that the meat can only be sold within the state in which it is produced and thus will not cause a national scare, and second is that because the meat is all locally sourced, it will be very clear whose meat is to blame.

“That’s a defect of the current system — that you don’t know who raised your meat. So, when you’re sick, everybody gets blamed because anybody could’ve produced that meat,” he said. “I don’t know of a single person, I’ve not even heard anecdotes of people who’ve got sick by using a custom facility buying a quarter, half or full animal, so why should [someone] get sick by a hamburger or a steak? And if you did, you’d know who to blame.”

However, smaller local processors, referred to as custom exempt, do not have state or federal inspectors. As a result, their products have restrictions on what kind of cuts can be produced and where they can be sold.

The PRIME Act would allow for these custom slaughter products to be sold at farmer stores and markets.

Joe Cloud of T&E Meats in Harrisonburg said that instead of the PRIME Act, it would be more helpful to do what a dozen states have already done — use millions in CARES Act funding to expand small, local USDA- and state-inspected processors. Cloud said this would be more effective in addressing the backup instead of peeling back regulations.

“There’s a scarcity of local, community-based meat processing plants or infrastructure,” he said. “And it’s only getting worse as the industry has consolidated and become vertically integrated and just controlled by a handful of massive players that suck all the oxygen of the room.”

Two examples Cloud cited included JBS USA, which is wholly owned by Brazil-based JBS S.A., the largest meat company in the world, and Smithfield Foods Inc., which was sold to WH Group of China in 2013 for $4.72 billion, according to The New York Times.

Massie said the PRIME Act is not just about being able to sell the meat. It’s also about having the option in case the small number of buying companies, which he referred to as a “cartel,” lowball producers for their livestock.

“Right now, farmers don’t have enough opportunities to walk away from the table,” he said. Producers can get higher prices for their livestock by selling it locally instead of to large buyers, according to Massie. He said he expects only about 10% of farmers to use the option if the PRIME Act passes.

He also said opponents to the bill have concerns about a trade war.

“It seems somewhat ridiculous to me that we are going to let American farmers wither on the vine and let consumers suffer in the supermarket in the name of fair trade,” Massie said.

But it’s not just about leverage or the pipeline to Massie. He said reducing travel to slaughter helps the environment and helps lower-income Americans access fresher meat while keeping the money local.

Rebecca Thistlethwaite, the director of the Niche Meat Processor Assistance Network, said most of its 1,700 farmer and processor members do not support the PRIME Act, though many other members do.

“Regulatory hurdles [are] generally lower on the list of challenges than is accessing labor and capital — those are their top-tier challenges,” Thistlethwaite. “They don’t see PRIME as solving those two main issues. Regulations are not a big concern.”