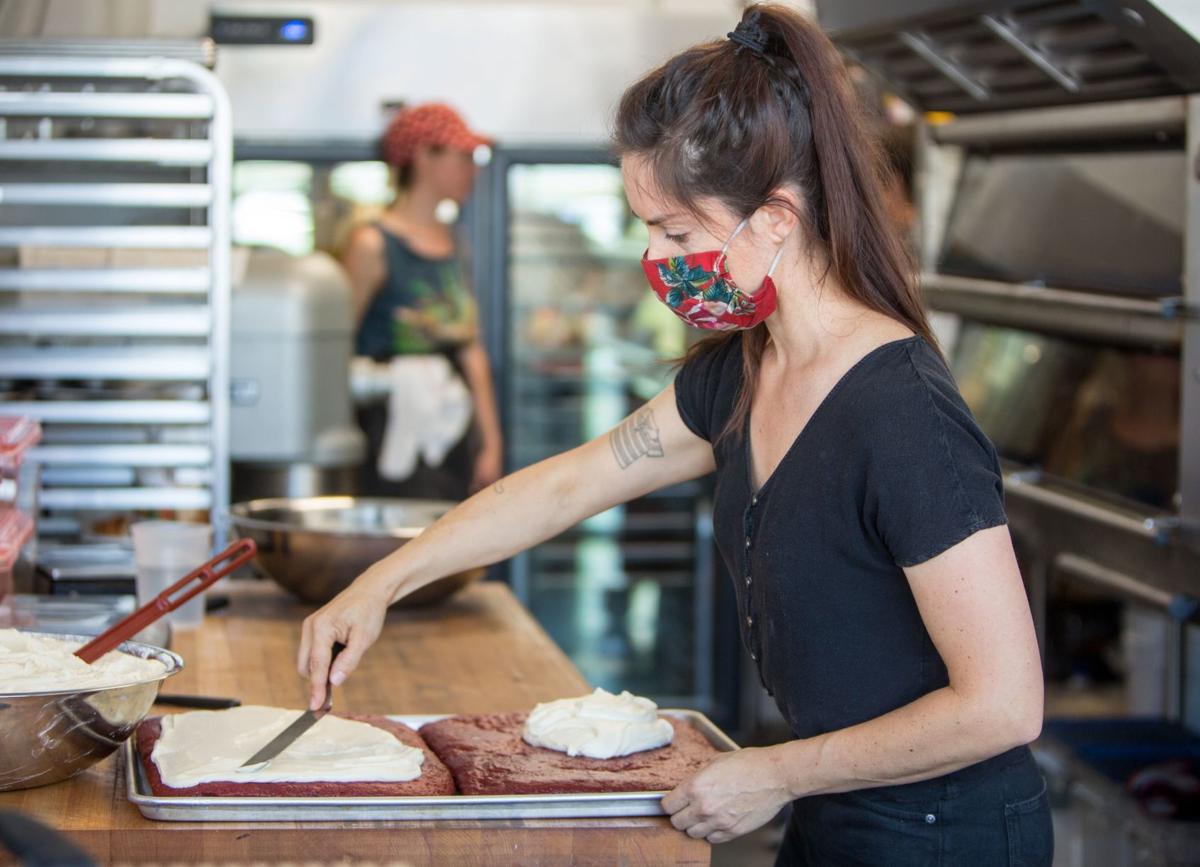 Magpie Diner baker Rachel Herr ices a cake in preparation for today's Juneteenth celebration at the downtown eatery. The event will run from noon to 8 p.m. and feature music and food. 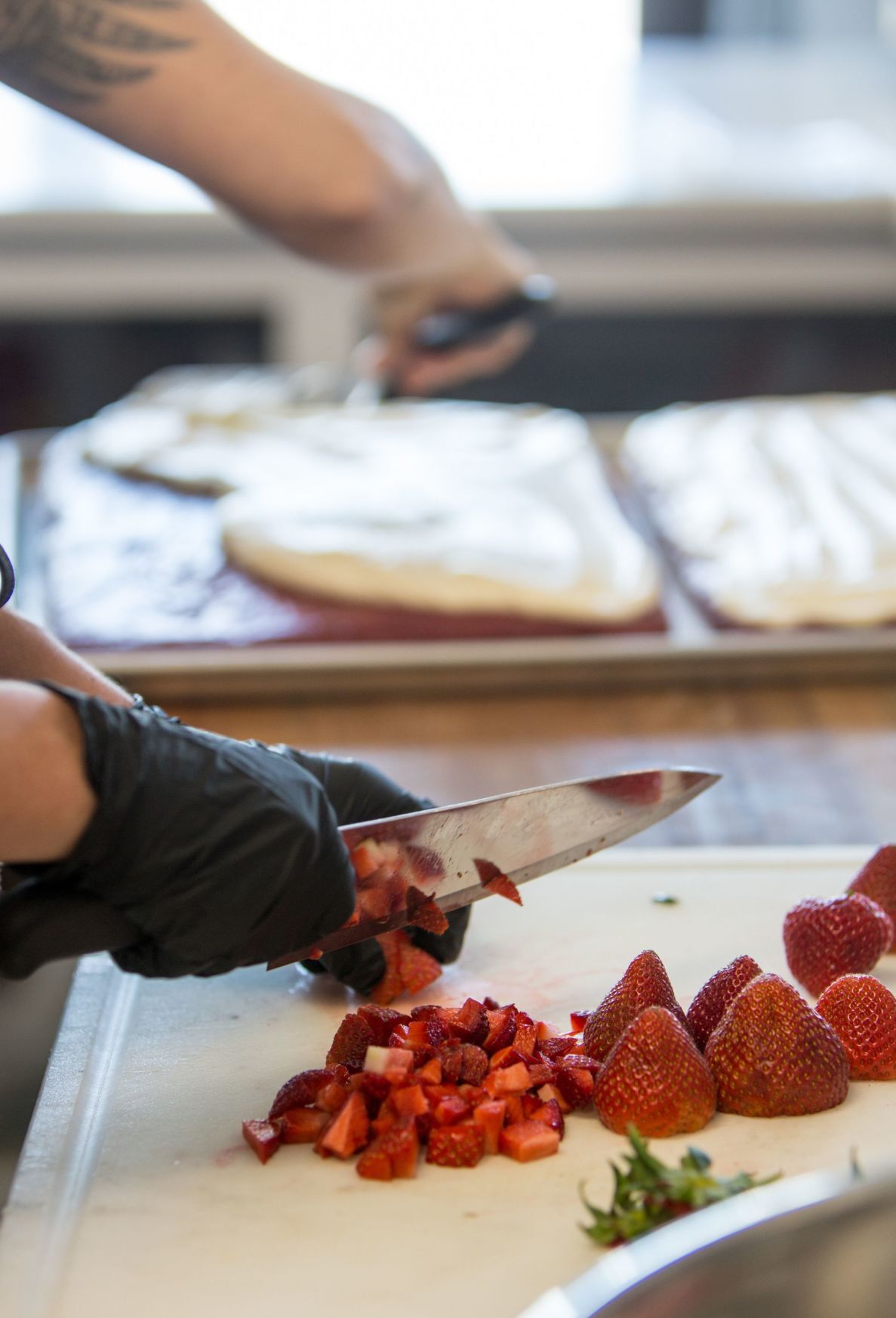 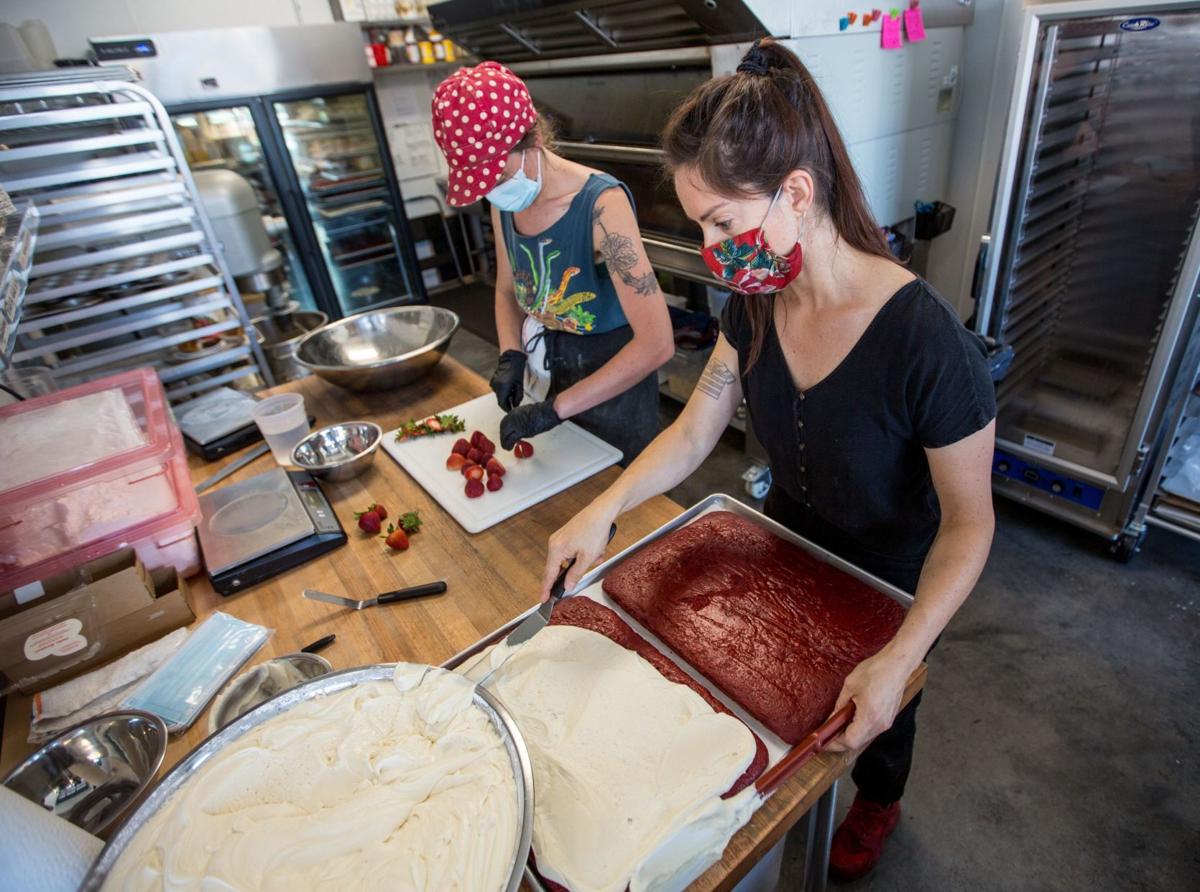 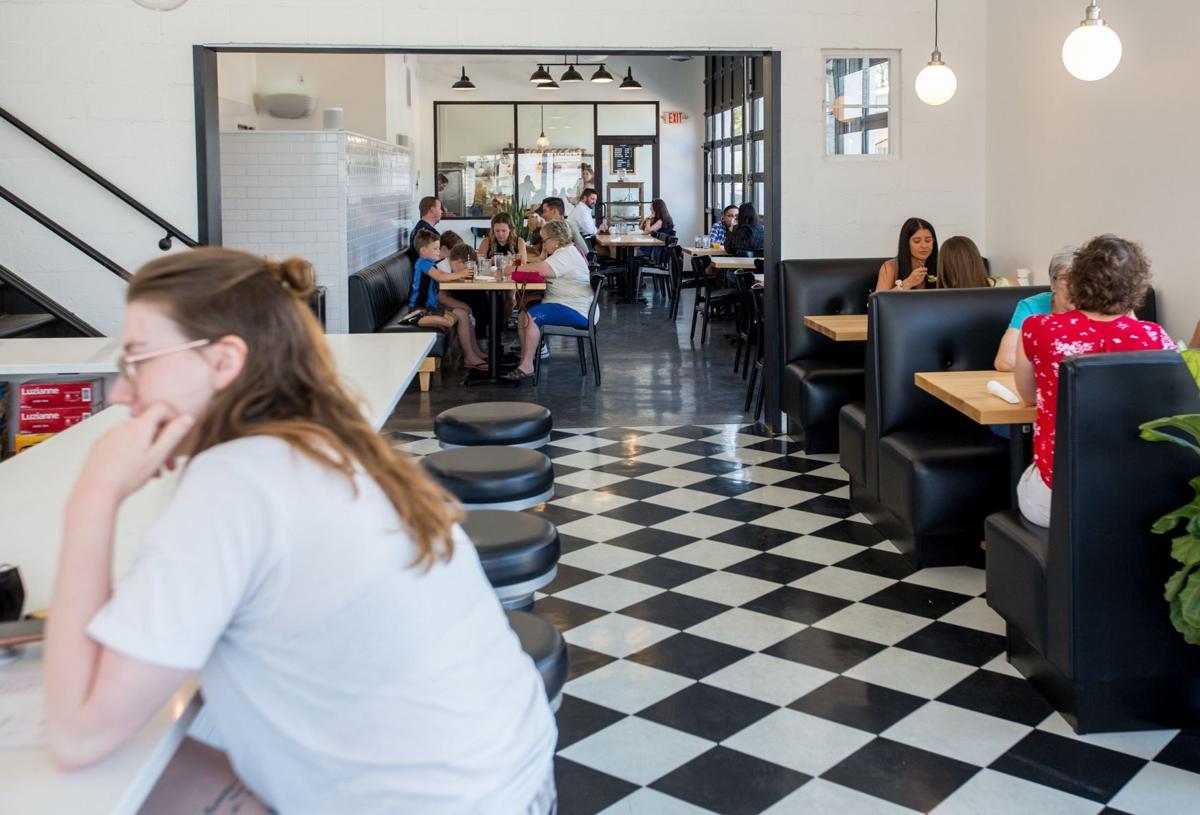 Magpie Diner baker Rachel Herr ices a cake in preparation for today's Juneteenth celebration at the downtown eatery. The event will run from noon to 8 p.m. and feature music and food.

On an average day, city strollers could watch fruit pies and buttery croissants being made through the windows of Magpie Bakery and maybe snag an afternoon treat before the display case lay empty.

On Friday, however, layers of red velvet cake were being frosted not for soon consumption, but in preparation for a day of community togetherness as Magpie Diner is hosting Harrisonburg’s own Juneteenth celebration today.

“It’s going to be like a neighborhood block party,” said Kirsten Moore, owner of Magpie Diner.

Juneteenth marks the end of slavery in the United States and is recognized on June 19.

The significance behind Juneteenth dates back to 1863 when the Emancipation Proclamation freed slaves in Southern states, but wasn’t enforced in many places until after the end of the Civil War two years later.

Juneteenth is recognized as a paid state holiday throughout Virginia and is being observed as a federal holiday for the first time this year.

On Friday, both Harrisonburg and Rockingham County government offices were closed in honor of Juneteenth.

Today, Magpie Diner will host a Juneteenth celebration from 2 to 8 p.m. featuring live music and food and beverages that highlight Black heritage and culture. In partnership with the Central Shenandoah Health District and Sentara RMH Medical Center, a mobile COVID-19 vaccine clinic and free blood pressure and diabetes screenings are scheduled to take place from 3 to 5 p.m.

All three COVID-19 vaccines — Johnson & Johnson, Pfizer and Moderna — will be available to anyone ages 12 and older during the mobile clinic.

The idea behind hosting a Juneteenth celebration originated from a conversation with Harrisonburg Mayor Deanna Reed and Councilman Chris Jones. While also working with the Shenandoah Valley African-American Networking Group and Sage Bird Ciderworks, today’s event was made possible.

“I was so excited that she wanted to celebrate the holiday in a big way,” Reed said.

Moore said the idea behind hosting the event at Magpie Diner was due to the restaurant’s location in the Northeast neighborhood.

“We are just positioned to being a connector in the community, and we really want this to bring all kinds of people together to celebrate something often overlooked or not understood,” she said.

During today’s event, Magpie Diner will be closed for brunch service to prepare for a barbecue dinner set to take place at 5 p.m. Dinner will include grilled and smoked meats, sides, red velvet cake and strawberry lemonade, and a dinner ticket can be purchased for $10.

At Sage Bird Ciderworks, the Tacos El Primo food truck will be open from noon to 8 p.m.

Marlon Foster and Friends Jazz Trio will be hosting a performance outside of Magpie Diner from 2 to 4 p.m., followed by old school R&B music from DJ Ike “The Spike” Miller from 4 to 8 p.m.

“We are hoping people are dancing and just having a good time,” Moore said.

The free event will have a capacity of 400 people, and a portion of North Liberty Street will be blocked off from traffic from noon to 8 p.m.

Indoor and outdoor seating will be available at both Magpie Diner and Sage Bird Ciderworks. Visitors are allowed to bring their own lawn chairs.

Today’s event is taking the place of the previously scheduled 27th annual Harrisonburg-Rockingham African-American Festival, which was canceled due to “continued uncertainty and unknown variables” from the COVID-19 pandemic.

Reed said by having Magpie host a Juneteenth event, it fills in the gap left by the annual African-American Festival.

“It’s really meaningful to the Black community and to the Northeast neighborhood that [Kirsten] really wanted to do something that will bring people together and highlight the holiday, but also highlight Black culture,” Reed said. “I’m just so excited to be a part of it and that she has really seen the significance and need to celebrate Juneteenth.”

Reed said she knows Juneteenth becoming an official state holiday has impacted the community and city, adding that it will truly be a time of celebrating Black culture and heritage, as well as celebrating diversity.

“I just want people to come out,” she said.

In previous years, the Harrisonburg-Rockingham NAACP has held an annual Juneteenth celebration, with the last event dating back to 2019.

The Harrisonburg-Rockingham NAACP could not be reached Friday, but was advertising Magpie Diner’s Juneteenth event on its Facebook page.

Members of the Harrisonburg and Rockingham County Democrats will be hosting a Democratic unity party from 4 to 7 p.m. at 850 W. Market St. According to its event page, it will offer music, food and a discussion of Juneteenth.

Reed and Moore said to their knowledge, no other Juneteenth events are being hosted locally today.