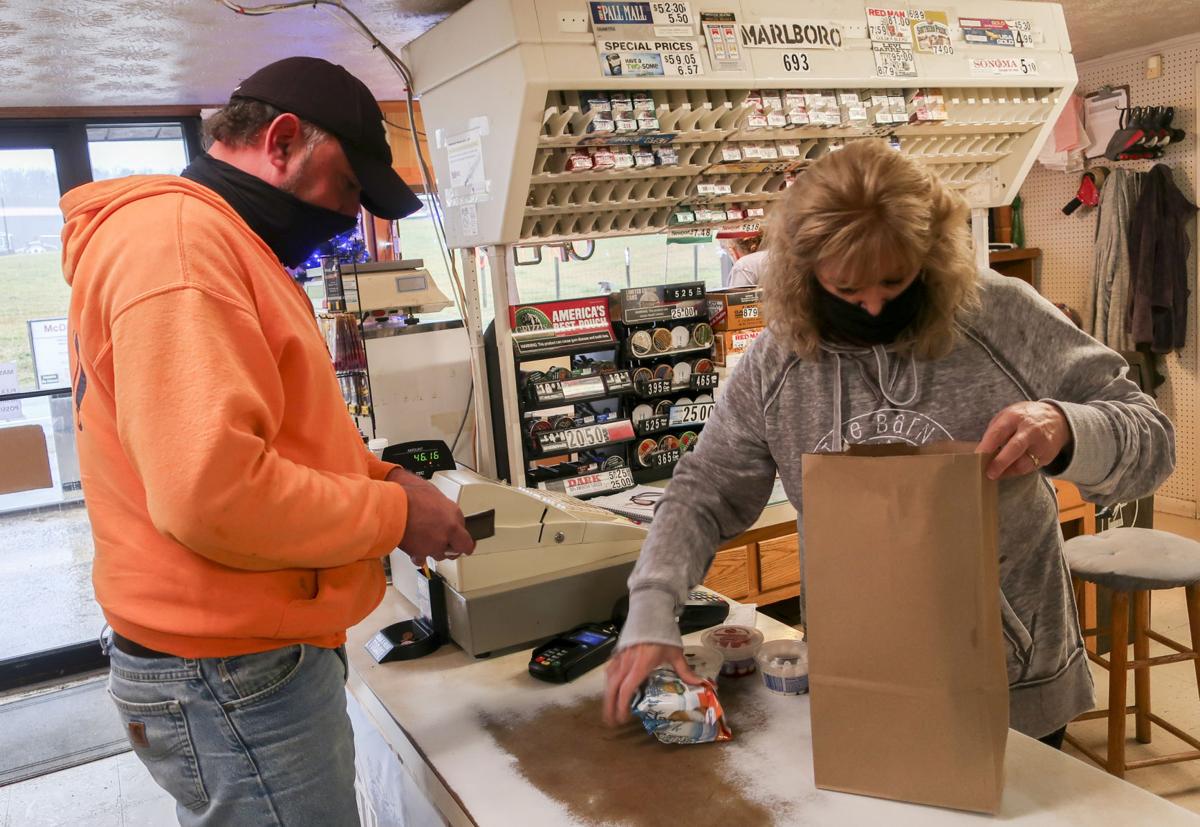 Tracy Armstrong, of Sugar Grove, W. Va., buys his sandwich and other items from Laurie McDorman at McDorman’s Grocery on Christmas Eve. 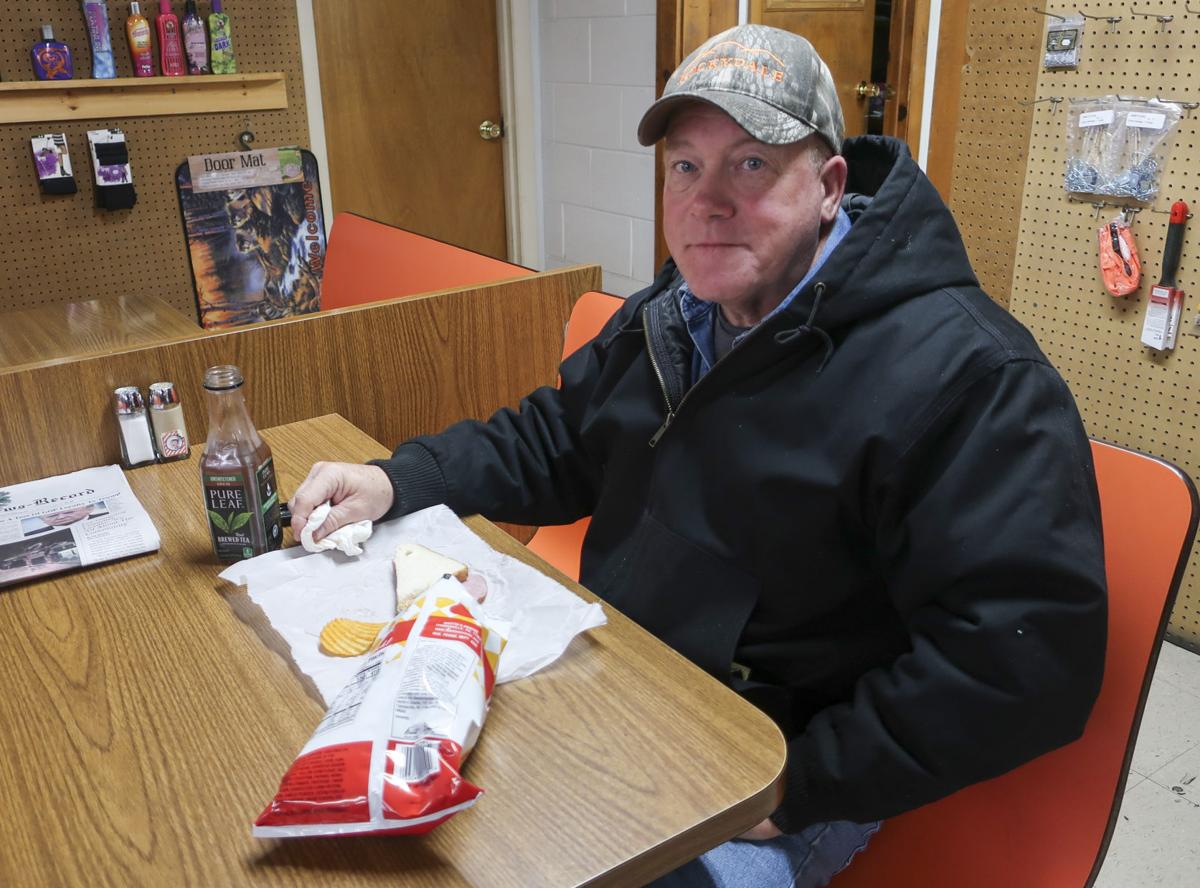 Todd Depoy, of Hinton and a regular customer for 20 years, enjoys his McDorman’s Grocery sandwich at the market on Christmas Eve. 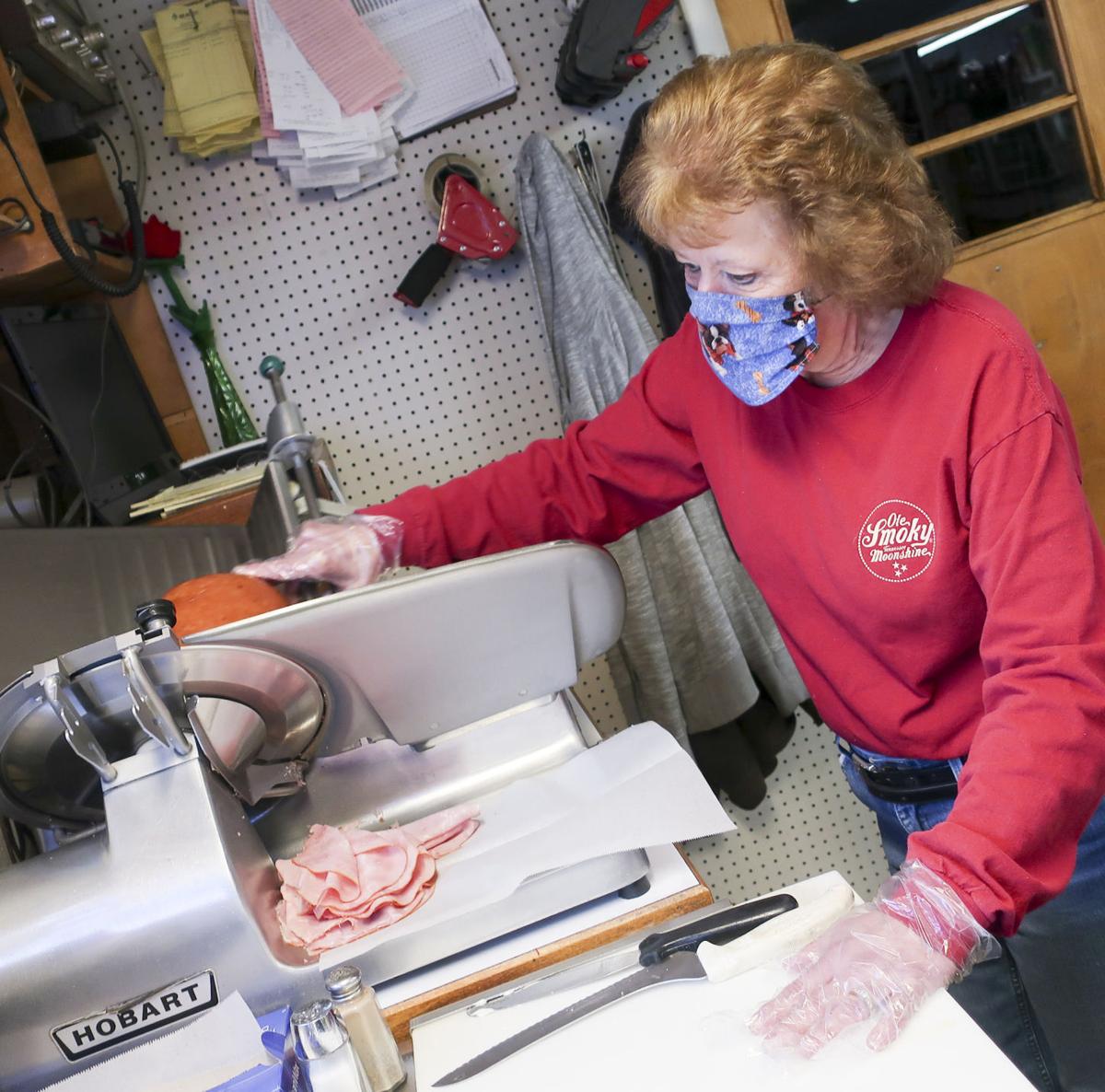 Laurie McDorman makes a sandwich for a McDorman’s Grocery customer on Christmas Eve. McDorman, 60, owns the Rawley Pike market with her husband, Wayne.

Tracy Armstrong, of Sugar Grove, W. Va., buys his sandwich and other items from Laurie McDorman at McDorman’s Grocery on Christmas Eve.

Todd Depoy, of Hinton and a regular customer for 20 years, enjoys his McDorman’s Grocery sandwich at the market on Christmas Eve.

Last-minute shopping for some was children’s toys, games, books and clothes. For others it meant a sandwich.

And not just any sandwich — a McDorman’s sandwich.

And so they made sure to be at McDorman’s Grocery on Rawley Pike west of Hinton before close at 2 p.m. on Christmas Eve.

Laurie McDorman, 60, and her sister, Vicky Bodkin, often would start making the sandwiches before the customers could get in the door, already knowing exactly their order after seeing them walk toward the market.

“If I kept a penny for every sandwich I made, I’d be a millionaire,” said Bodkin, who has made sandwiches at McDorman’s for about 45 years.

McDorman said they could sell even more items at the market in addition to sandwiches, such as CBD products and vaporizers, and introduce gaming machines to the store to draw more business. But the family has actually been trying to find new owners for the business, not increase sales, she said.

“It’s been up for sale for over two years,” McDorman said. “We’re just in the process of still trying to sell.”

She said Dollar General even inquired about a purchase, but the deal fell through.

“I hate that it wouldn’t be the same, but at least it would be something for the community so people wouldn’t have to go all the way into Harrisonburg,” McDorman said.

Other uses for the property, like a McDonald’s or Subway, wouldn’t be the same, but would still offer a space for the community to gather, share stories and catch up, according to McDorman.

On Dec. 23, a party even approached the McDormans about a sale with the idea of keeping the market operating, she said.

McDorman said she and her husband, Wayne, have no intention to close before a sale.

Sandwiches are their “calling card,” but the rural grocery isn’t just a delimart — it’s a gathering place for west Rockingham and West Virginia neighbors, according to Laurie McDorman.

“It’s community, it’s friends and it’s family,” she said over the sounds of sandwich orders being called out.

Some regulars who stopped in at McDorman’s on Christmas Eve included Tracy Armstrong of Sugar Grove, W.Va., and Todd Depoy, who lives just down the road from the store.

Armstrong said he has been a regular for several years and “by my bank account, way too long,” he said with a smile, getting a laugh from McDorman behind the counter.

Depoy said he has been a regular for two decades and his favorite sandwich is a ham and cheese — like Armstrong.

Bodkin said she has no idea exactly how many sandwiches she has made, but estimated the figure to be in the hundreds of thousands. And after 45 years, she doesn’t have a favorite, but leans toward the country ham.

Options for the sandwiches also include other meats like turkey, at least four kinds of cheeses, mustard, mayo, salt and pepper.

There’s something different about the sandwiches, and while Bodkin said the freshness, others said the personal touch the McDormans and Bodkin pour into each creation.

The McDormans live on the site — a two-story white house that used to be the market. Charlie ‘C.T.’ Kile started the business between 60 and 65 years ago and then Charlie’s son, Berlin, took over.

The white house, which was originally the market, had been apartments and then a pool hall, but was renovated into a home in 1973 by Roland and Anice Michael.

There was once three stores within a mile of McDorman’s, according to Laurie McDorman, but like many other small, rural businesses, have since closed, leaving only McDorman’s Grocery.

“It’s getting harder for moms and pops to make it now,” she said.

Owners of closed locally-owned grocery stores including Red Front, Weyers Cave Super Save, Broadway Supermarket and Shenandoah Grocery expressed their frustrations with how stores like Food Lion are able to obtain stock at cheaper rates than small businesses, allowing them to charge lower prices than locally-owned operations.

McDorman said this forces her to sometimes visit Walmart and Costco just to stock the shelves of the family store to keep prices reasonable for customers since the grocery company charges the McDormans exorbitant prices for goods.

“I run to Walmart two and three times a week to get stuff for the shelves to try to keep prices down,” she said.

And though it may be tiring to do sometimes, McDorman said it is still rewarding owning the business.

The customers becoming family and seeing children grow have been some of the better parts of owning and operating a neighborhood grocery, she said.

“The memories of that kind of stuff,” McDorman said.

The store still sees its fill of visitors, such as when Rockingham County Sheriff’s deputies pass by to reach a shooting range for practice and during hunting season.

“It’s been good to us over the years, but you know I’m 60 and my husband will be 64 in May and we’re just wanting to move on,” McDorman said.

And regulars like Depoy said they’ll be returning when they can, for as long as they can, for yet another sandwich or whatever they may need.

“As long as they got the doors open and the good Lord lets me,” Depoy said.