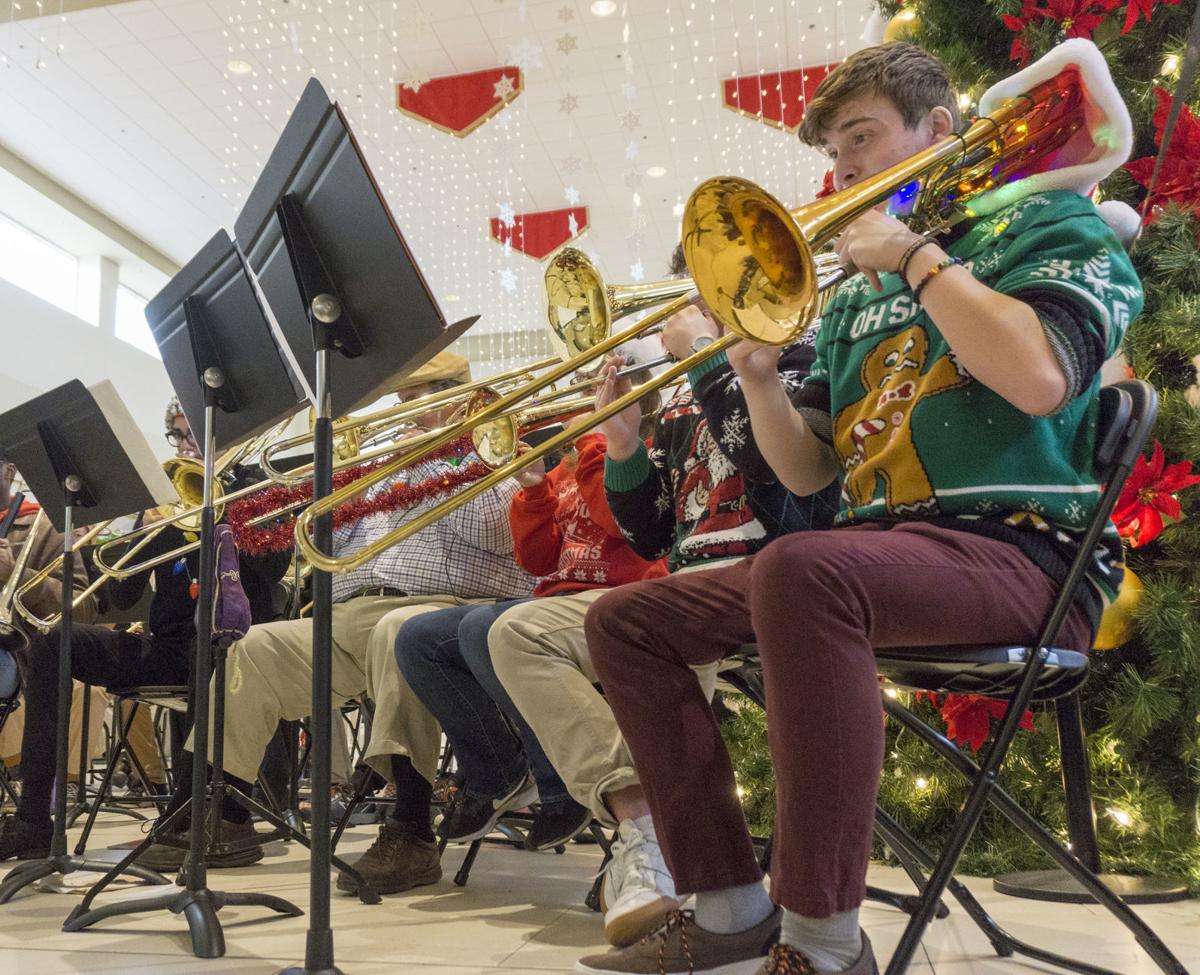 Owen Painter, 16, of Culpeper, foreground, was one of the many trombone players who traveled to play at Valley Mall for Harrisonburg’s first Trombone Christmas event Saturday. Other players traveled from places such as Danville and even neighboring states West Virginia and Maryland. 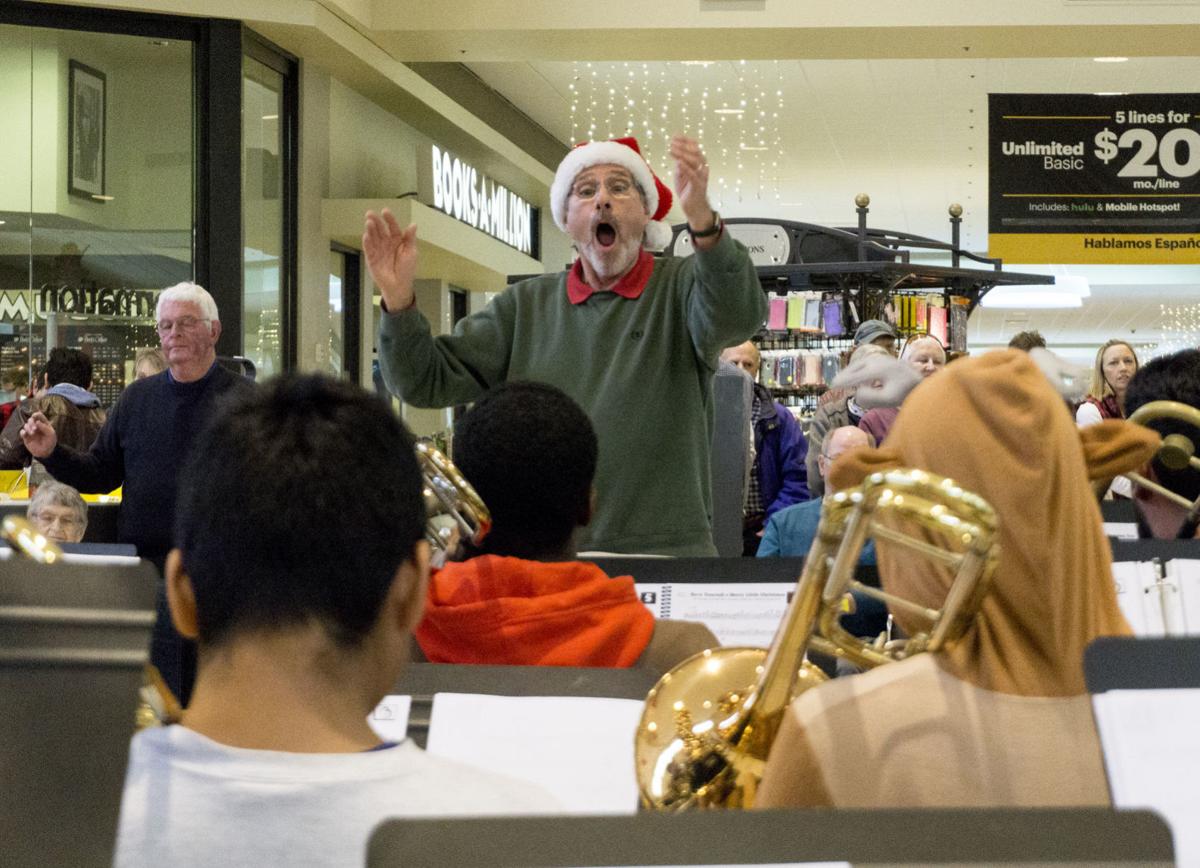 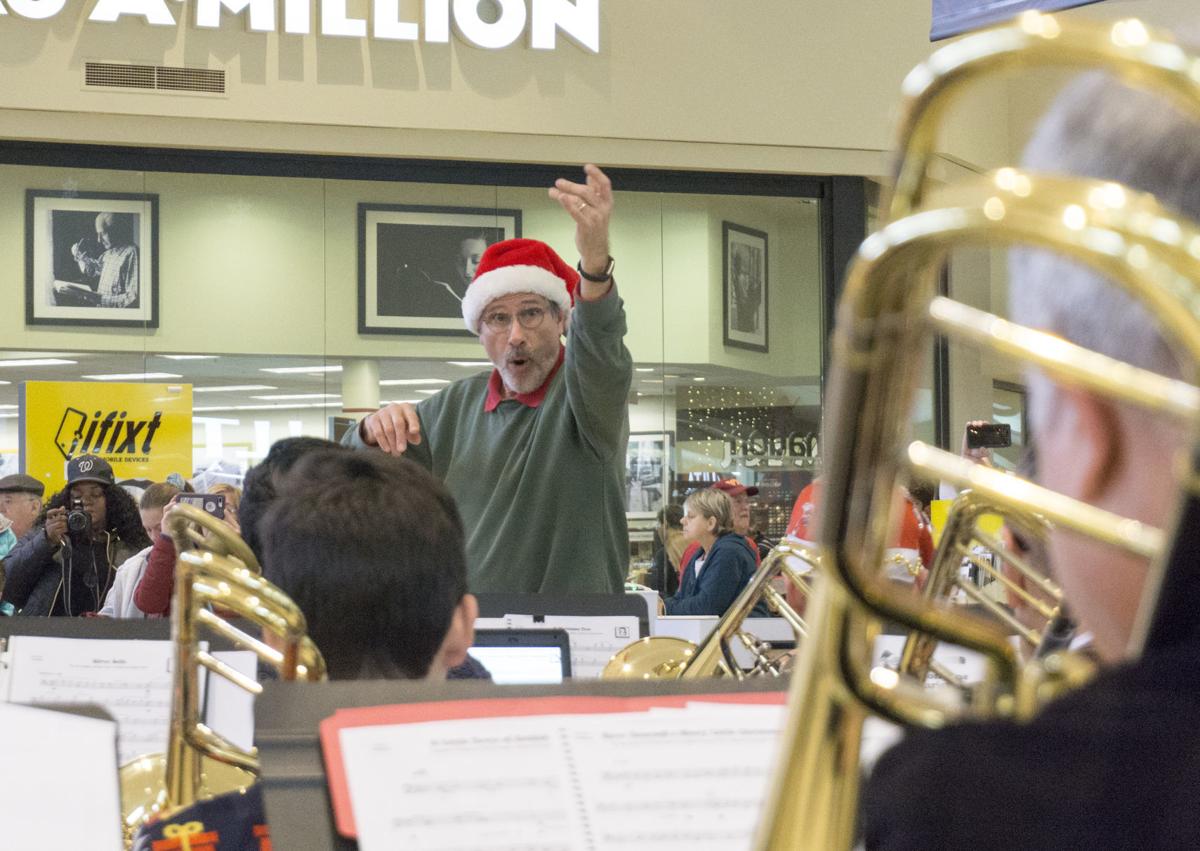 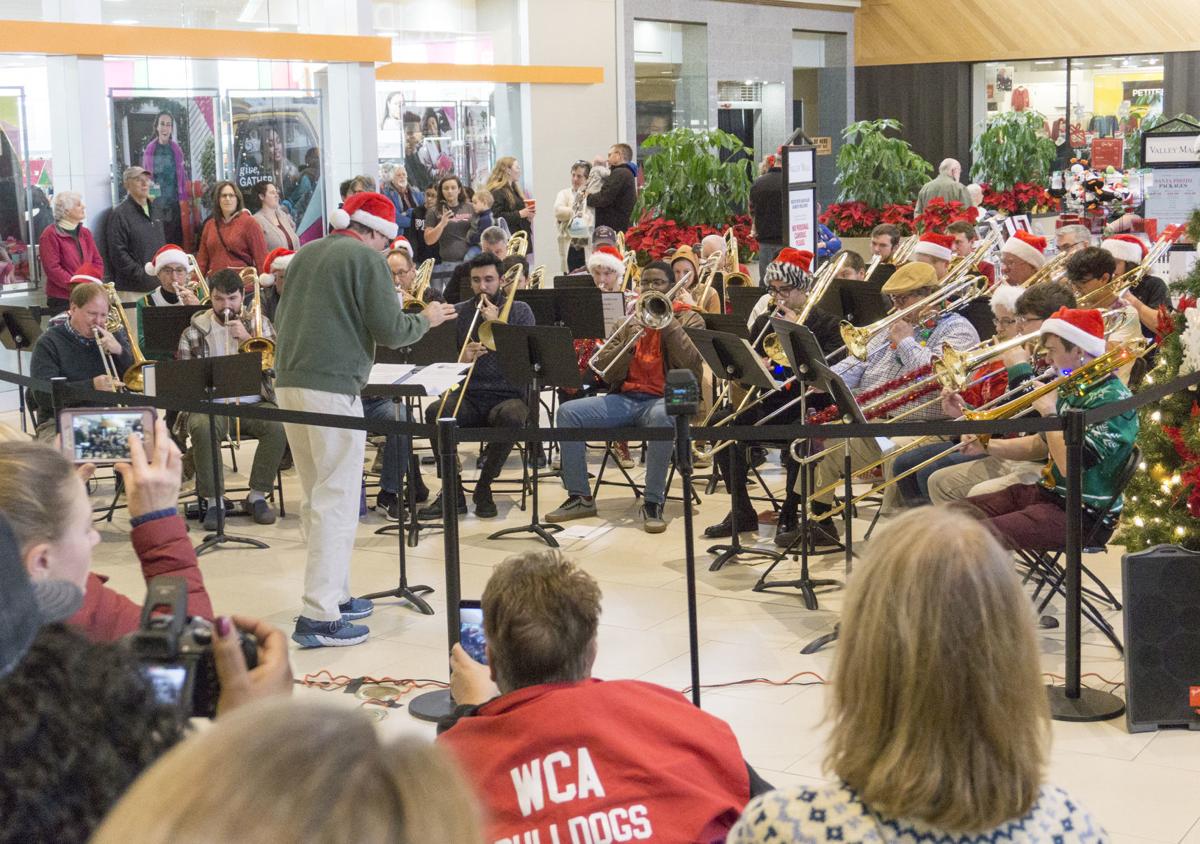 Owen Painter, 16, of Culpeper, foreground, was one of the many trombone players who traveled to play at Valley Mall for Harrisonburg’s first Trombone Christmas event Saturday. Other players traveled from places such as Danville and even neighboring states West Virginia and Maryland.

The sound got louder and louder as more than 30 trombonists first started to exhale into their instruments at Valley Mall on Saturday, while the crowd surrounding the musicians heard the Christmas classic “We Three Kings.”

The event, dubbed Trombone Christmas, was to raise awareness and funds for the nonprofit Blue Ridge CASA, Court Appointed Special Advocates, according to Robert Mott, the event’s organizer.

“Each person that walked up and gave us a dollar, five or 20, and became aware of CASA and took action, even if small, helps our mission,” said Juan Pablo Berrizbeitia, CASA’s executive director.

The organization serves children between Harrisonburg and Rockingham County down to Rockbridge and Buena Vista.

Blue Ridge CASA’s advocates each serve about two children who are in foster care because of abuse and/or neglect.

The advocates interview everyone involved in the child’s life, such as foster caregivers, teachers and biological parents.

Berrizbeitia said the volunteers then “write a court report, which is read by juvenile relations court judge, and that report helps the judge have more information when making huge life decisions for these children.”

Last year, the group served over 100 children, but about 300 more children still need CASA’s help, according to Berrizbeitia.

He said that during Trombone Christmas, two Valley Mall visitors signed up to be advocates, though they will need to go through training and background checks before beginning work with CASA.

Trombonists came from across the commonwealth and even neighboring West Virginia and Maryland, Mott said.

One such musician was Owen Painter, a 16-year-old from Culpeper, who has been playing the trombone for six years.

“It was a lot of fun and it was a good learning experience,” he said. “I’d highly recommend for other people who want to get better at trombone.”