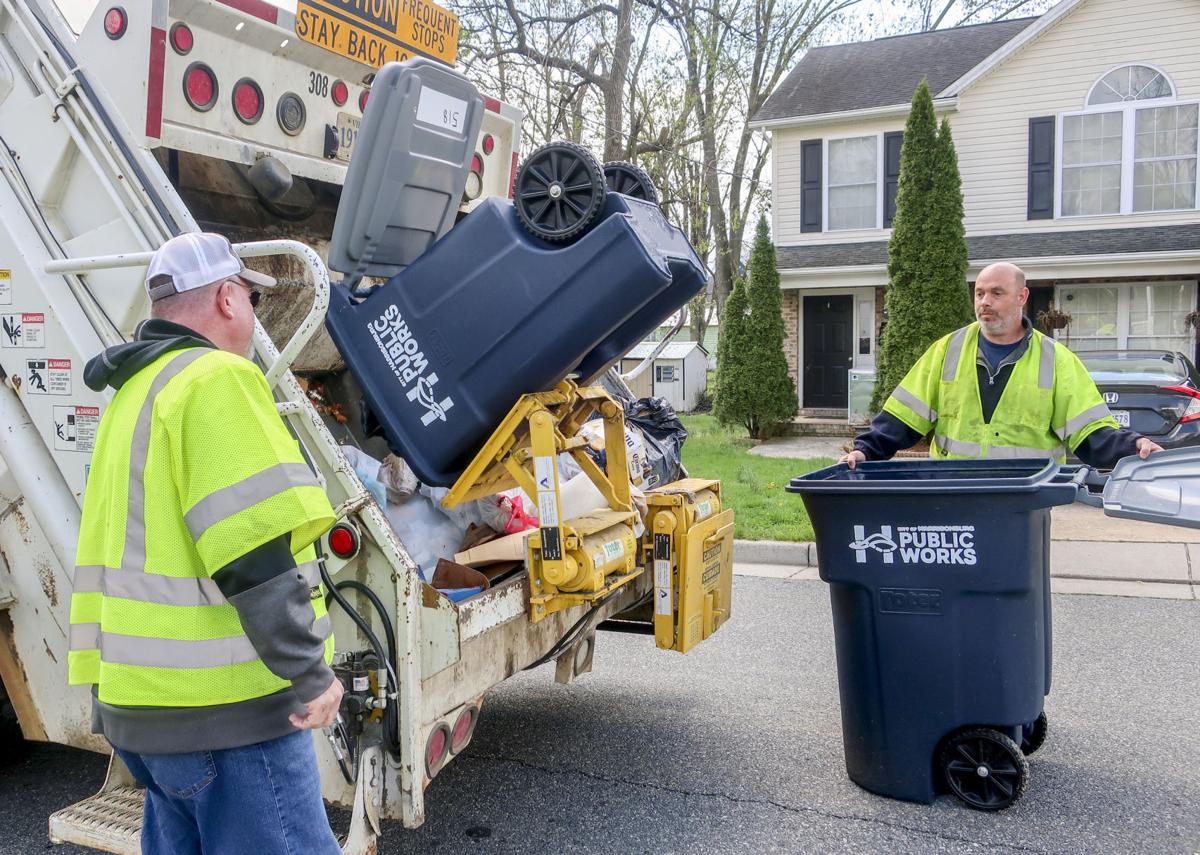 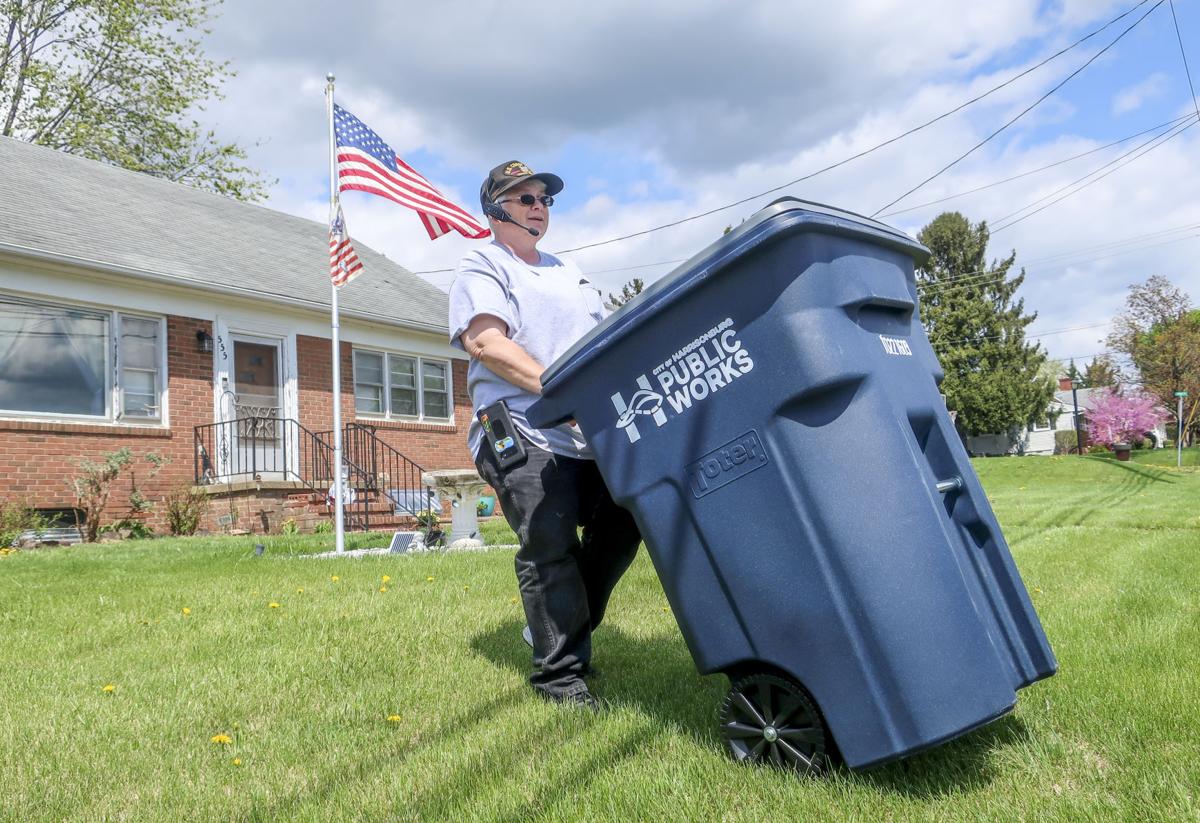 Angela Lecomte, 54, a Harrisonburg truck driver, brings in her new trash bin after its first use on Thursday morning. 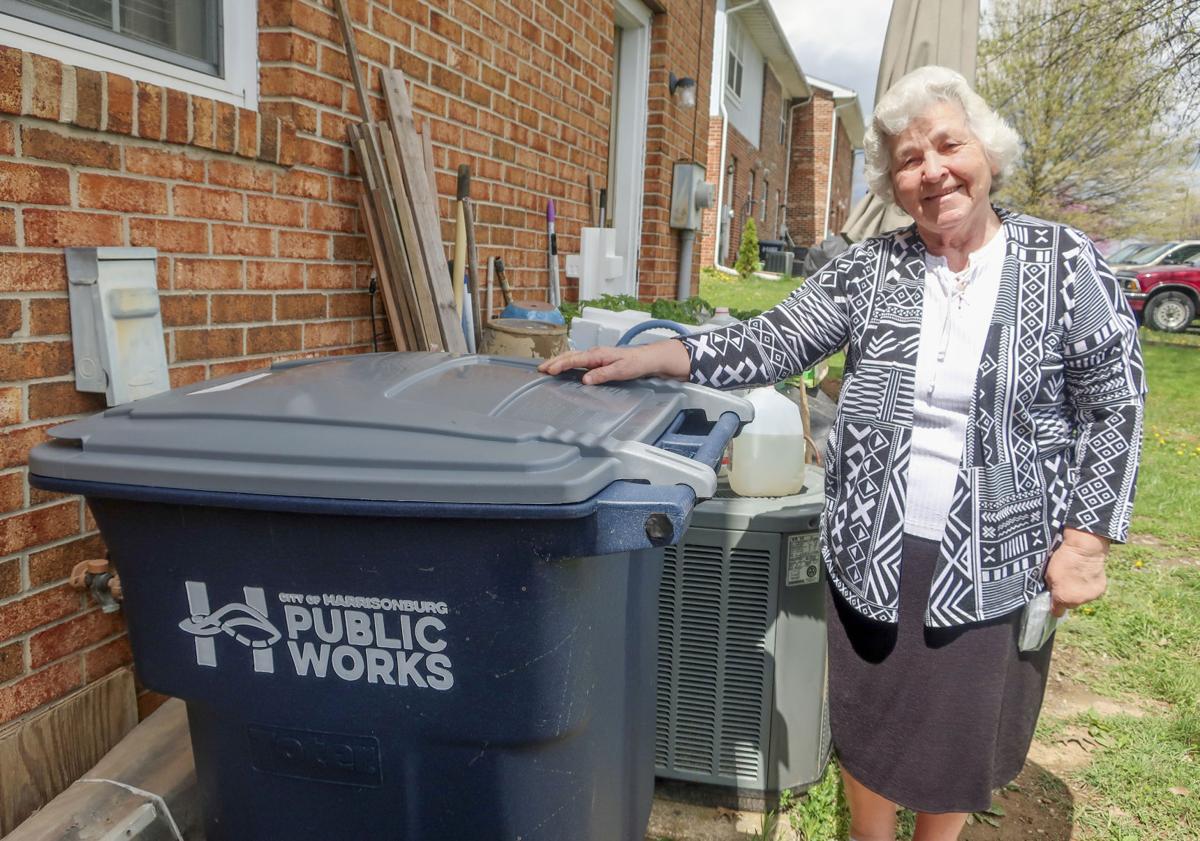 Harrisonburg resident and Belarusian immigrant Anastasia Sych, 80, said Thursday she likes her new trash bin and finds it easier to get to the curb than her previous bin. 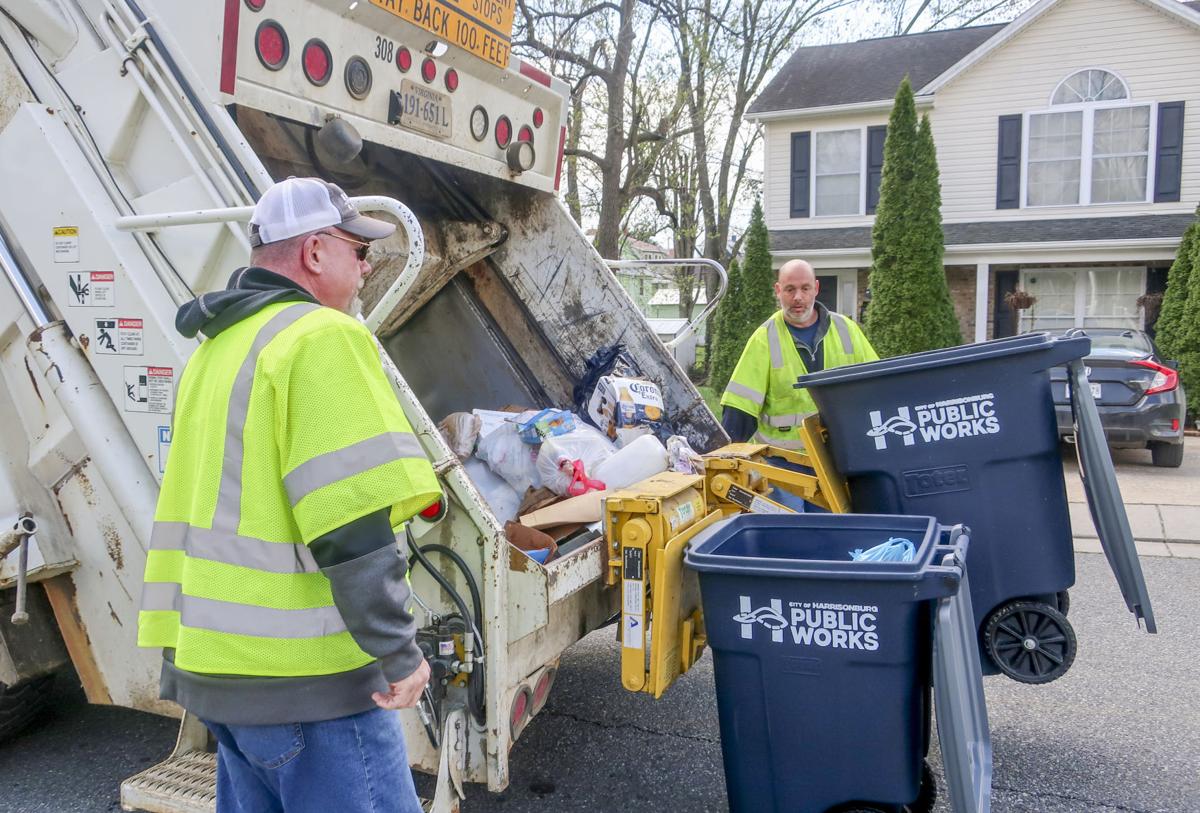 Angela Lecomte, 54, a Harrisonburg truck driver, brings in her new trash bin after its first use on Thursday morning.

Harrisonburg resident and Belarusian immigrant Anastasia Sych, 80, said Thursday she likes her new trash bin and finds it easier to get to the curb than her previous bin.

It was a familiar feeling for Harrisonburg truck driver Angela Lecomte as she pulled her new Toter trash bin back to the side of her home.

“They used a similar system, so they’re convenient and I like ‘em,” Lecomte said of the new Toters.

Other Harrisonburg residents the Daily News-Record spoke with on Thursday also said they like the new, wheeled trash carts.

The city’s garbage trucks were retrofitted with a lifter on the back, which garbage collectors roll the bins onto. The bins are then lifted and dumped into the truck.

Octogenarian city resident and Belarusian immigrant Anastasia Sych keeps her bin behind her townhouse next to her growing tomato plants and surrounded by water jugs to collect rainwater.

She said she finds the new Toter cart easier to get to the curb for trash pickup.

Former poultry plant worker Nicholas Campbell, 26, of Harrisonburg, said he thinks the bins are helpful to the older residents of his apartment complex.

He also said the new bins are better than the ones the complex residents previously used, which sometimes led to trash spilling out on the eight-unit complex’s front yard.

“It’s kind of big, but as far as where we are and how many apartments we got in this building, I think it is helpful,” Campbell said.

The company Toter has been distributing the new bins as part of the city’s new trash-collection system.

“So far, as of right now, they’ve delivered about 6,500 of them and have about 3,000 left to go,” Kelly Adams, public works spokesperson, said on Thursday morning. She said all bins are expected to be delivered by Saturday.

Automatically, city residents received 96-gallon carts, but could have also chosen to receive a 48-gallon bin or a second bin. The cost for a second bin is another $10 on the $13 waste charge on sanitation bills, according to previous interviews with public works staff.

In 2019, the average city sanitation worker slung over 1 million pounds of trash into the back of trash trucks, according to Adams.

One of those workers is Tom Burnett, 52, of Mount Solon, who has been a city sanitation worker for 20 years and over that time has had three shoulder surgeries, he said. He said the need for the surgeries likely was precipitated by the moving of bulk trash, not the usual trash.

“These things are awesome. Totally awesome,” Burnett said of the new carts while working a route on West Wolfe Street in Harrisonburg Thursday.

He and fellow sanitation worker Terry Thompson, 46, of Mount Crawford, said using the carts is also faster than the previous method of collecting garbage.

“It helps on the shoulders, the back,” Burnett said. “It’s definitely faster. I’m glad they finally got it.”

Adams said given the average increased speed of trash collection, the department is looking at adjusting routes and asking residents to make sure their trash is out by 7 a.m. at the latest on the day of collection.

Residents have come forward with questions and comments on the new bins, according to Adams. She said this includes positive feedback and others who are having to adjust to the new bins.

Other concerns around the bins are from those who did not realize how large the bin was or missed the mailers the city sent out about the bins, according to Adams. She said staff is working to help residents in those situations get new carts as soon as possible.

“We’re going to have to work out some of those processes as we go along,” Adams said.

The sanitation workers 'load lifting' work is greatly reduced by this current system; however, they must realize the next step will be the City's purchase of automatic 'pick up' trash trucks, reducing the overall number of workers required.