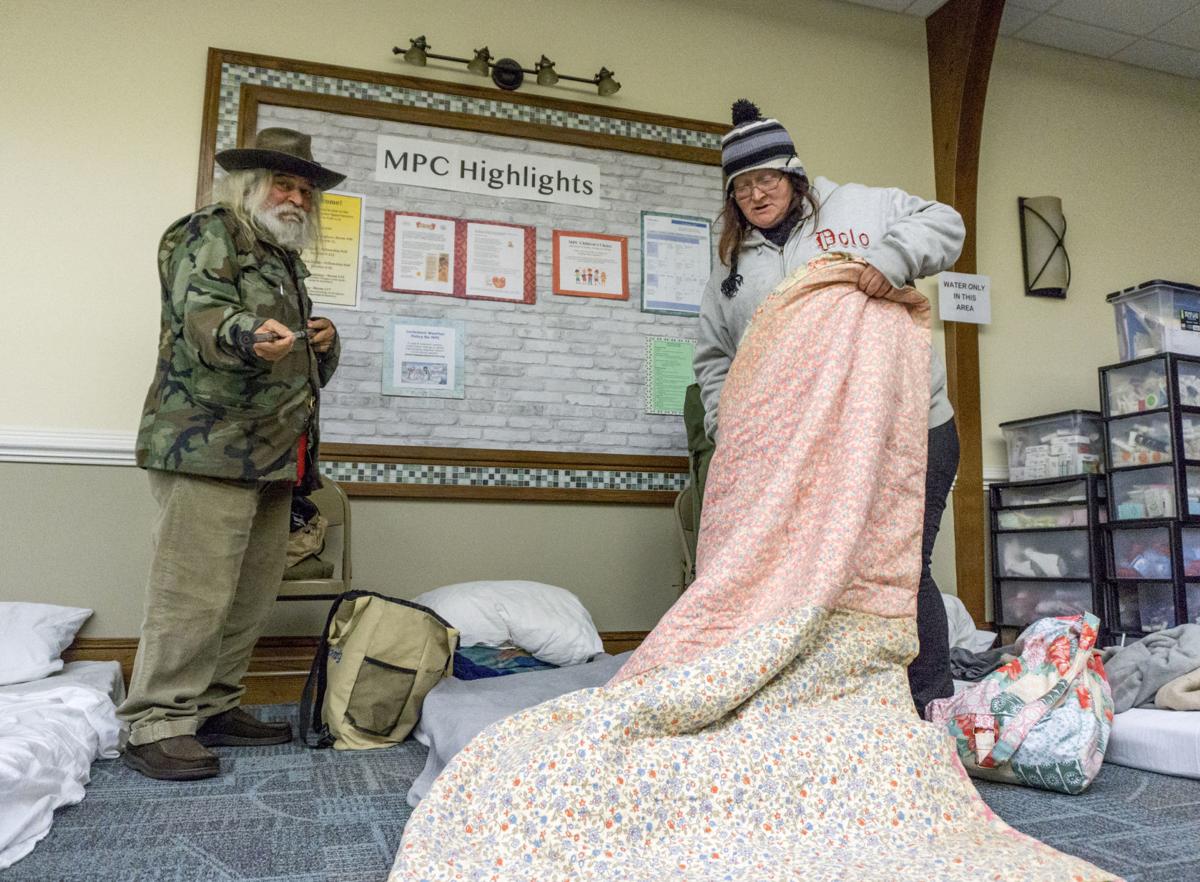 Katina DellaPenna, right, makes a bed for her father, Lewis DellaPenna, after arriving at Massanutten Presbyterian Church in Penn Laird, where the Open Doors shelter is operating for the week, on Tuesday. 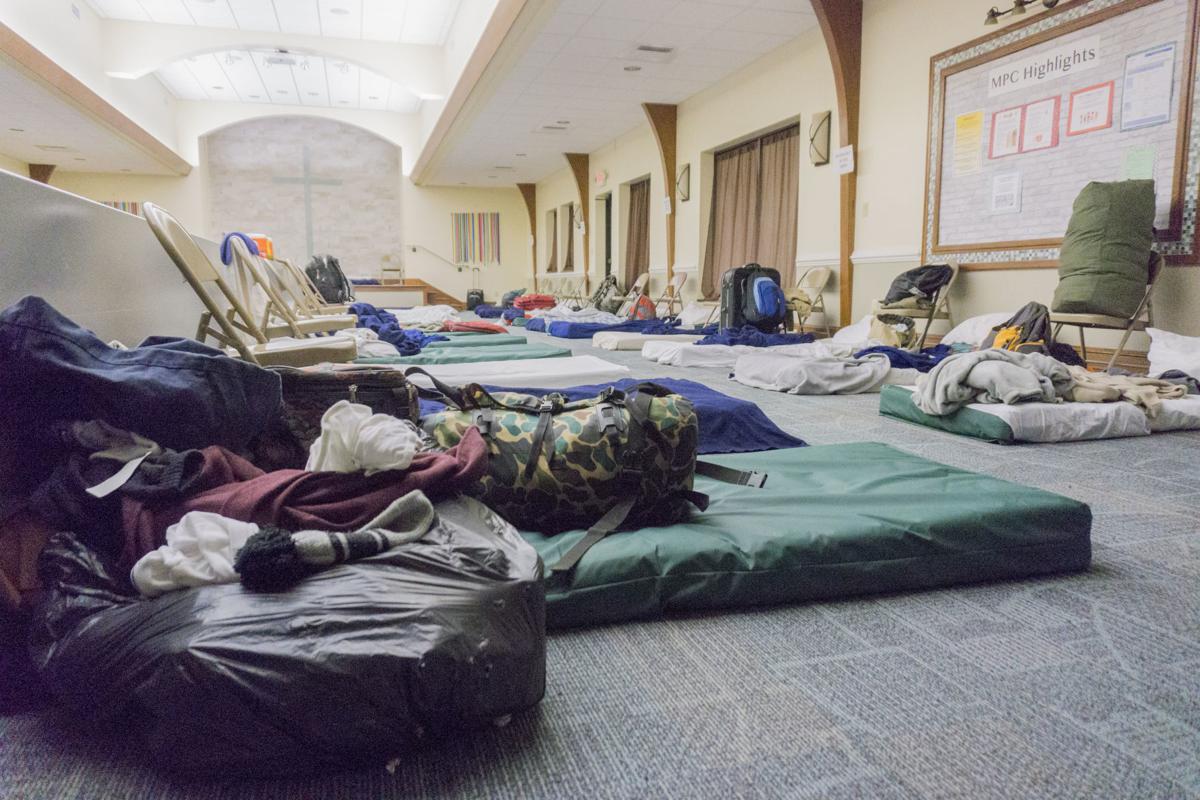 Beds at Massanutten Presbyterian Church are laid out for Open Doors guests on Tuesday evening. The shelter would operate year-round under a proposal the organization released Tuesday.

Katina DellaPenna, right, makes a bed for her father, Lewis DellaPenna, after arriving at Massanutten Presbyterian Church in Penn Laird, where the Open Doors shelter is operating for the week, on Tuesday.

Beds at Massanutten Presbyterian Church are laid out for Open Doors guests on Tuesday evening. The shelter would operate year-round under a proposal the organization released Tuesday.

Open Doors, a seasonal homeless shelter, has proposed offering its services year-round as part of a three-piece expansion plan at a cost of about $143,000 annually, the organization announced Tuesday.

The shelter migrates between roughly 20 places of worship in the city and county for 22 weeks in the winter.

Under the proposal, it would remain open beginning this April through continued work with local congregations and two paid, trained staff members on duty, according to a press release.

The other two parts of the expansion plan include a salaried position for a full time director of client services and an overflow shelter.

In the winter of 2018-19, Open Doors had an average of 44 guests a night, of which 83% were Valley natives, according to the organization's statistics.

More than 180 individual people used Open Doors during that time, and 94% used the shelter for less than one month, according to the data.

The organization submitted the request to the the city of Harrisonburg, according to the release. The executive director, Rachel Hundley, could not be reached for comment Tuesday.

According to city code, charitable organizations or other groups can request money from the city.

Open Doors, along with 38 other organizations, requested funding by the Jan. 30 deadline, according to Michael Parks, Harrisonburg's communications director.

In total, these 39 requests seek more than $1 million, he said, adding that last year, the city gave out $400,000 to organizations.

“We are familiar with the proposal, but we haven’t formally started discussing it,” Parks said of Open Doors’ plan.

The city will be using a new review process for the applications this year, he said.

A review committee will evaluate the proposals based on criteria such as benefit to city residents, measurable and attainable objectives, and funding from the organizations themselves, according to city documents.

Parks said the city would begin meetings about the 39 requests soon.

One homeless man who goes to Open Doors said he preferred the idea of the rotating locations to a fixed structure shelter. He declined to give his name.

He was also curious about how Open Doors would find churches interested in being part of the rotation for another 30 weeks throughout the year in addition to the 22 in the winter.

“The churches are really doing so much now,” he said.

Leslie Wayne McClung, who first started using Open Doors in January after leaving Luray, where he lived with his daughter, said he has trouble obtaining housing due to limited income.

McClung said he gets $16 in food stamps and $781 disability check due to his psychiatric and physical disabilities each month and cannot afford to find a place to live in the area.

He was optimistic about the impact having Open Doors operate for the entire year would have on the homeless population.

“If they do what they say they’re going to do, it would help a lot of people out very much -- extremely much,” he said. “Half these people wouldn’t be homeless anymore. I guarantee you that.”

“Some of these people even got jobs and still can’t make it,” McClung said.

Another homeless man, James Shifflett, who has been using Open Doors on and off since 2015, said he was doubtful the expansion would come to fruition since he has heard talk about it with no movement in the past.