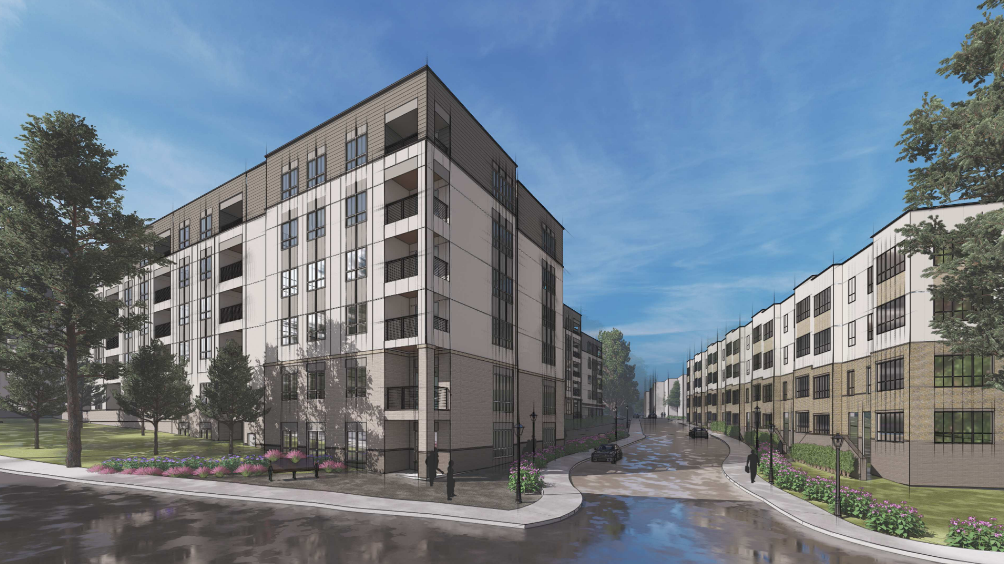 A mock-up of the view of proposed apartments from Evelyn Byrd Avenue. 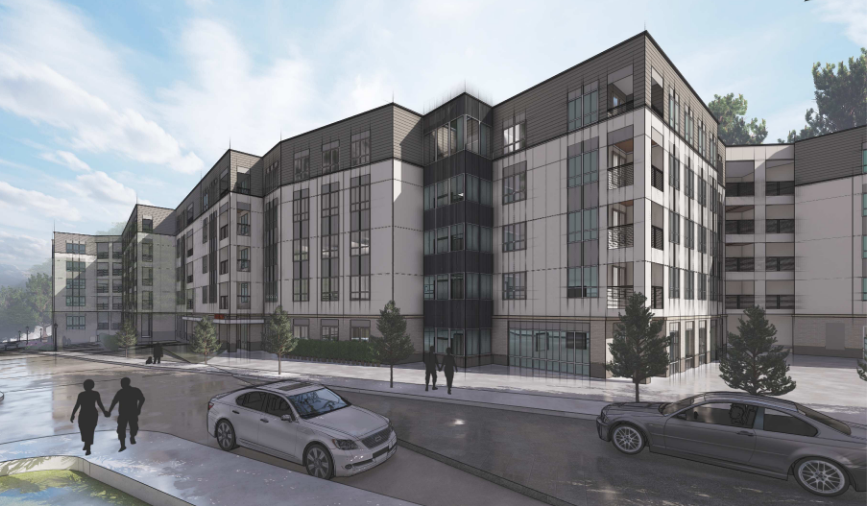 A mock-up of the view of a proposed apartment block from the road leading to Regal Theaters from Evelyn Byrd Avenue. 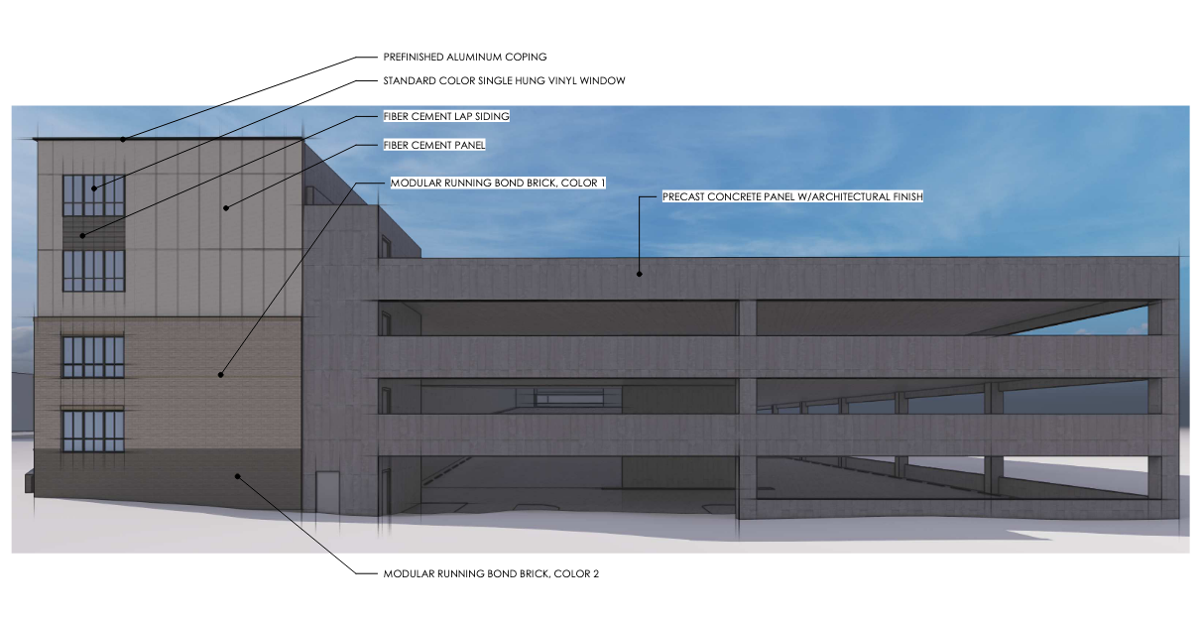 Plans call for a four-story parking garage attached the west of the smaller apartment building with 368 spaces.

A mock-up of the view of proposed apartments from Evelyn Byrd Avenue.

A mock-up of the view of a proposed apartment block from the road leading to Regal Theaters from Evelyn Byrd Avenue.

Plans call for a four-story parking garage attached the west of the smaller apartment building with 368 spaces.

The Harrisonburg Planning Commission offered favorable recommendations Wednesday to requests needed from developers to turn portions of the parking lot outside the city Regal movie theater into an apartment complex.

Harrisonburg Regal and Armada Hoffler have plans for two apartment blocks totaling no more than 274 units and a parking garage between Evelyn Byrd Avenue and the existing Regal movie theater, according to the applicants’ documents.

Regal would keep the parking lots east and south of the cinema if the development is built, according to the plans.

The Planning Commission was receptive to the idea of allowing multifamily projects in the general business district zoning.

Much of the land zoned for general business by the city is located between Interstate 81, Country Club Road, Reservoir Street, Lucy Drive, Evelyn Byrd Avenue and East Market Street, or along U.S. 11 south of Port Republic Road, according to city zoning maps.

Brent Finnegan, Planning Commission chair, asked if the zoning change would be allowed and what other areas could prompt similar requests to build housing such as Armada Hoffler’s plans.

Thanh Dang, assistant director of community development, said it is difficult to tell which locations zoned for general business would be good for residential development, and it would also depend on what the plans are.

“I think there’s a lot of factors you’d want to evaluate before saying a location” is well-suited for residential development, she said.

The change to the zoning ordinance would be helpful in driving more residential construction in the city, according to Adam Fletcher, director of community development.

Finnegan said he was in favor of the change. He referenced how there used to be a theater downtown that is now a parking lot, and the zoning change would help reverse developments such as that.

“I think this is a good adaptation and use of space to open up this option for residential uses,” he said.

Several public comments were made by phone or email to city staff and Planning Commission against the project, citing increased traffic, a burden on schools and utilities, and lack of information about the project, such as who the target renters would be and how stormwater would be managed.

Developers said they are required to bring forth a stormwater management plan that must be vetted by the city. They also said rent will be comparable to The Reserve at Stone Port near Sentara RMH Medical Center.

Dang said the development could help with the city’s housing rental mismatch, where high-income residents living in lower-cost housing cause more strain on an already tight supply of affordable housing, according to data from the city’s comprehensive housing study finished in January 2021.

The requests will go to City Council on Feb. 8, according to Finnegan.

The developers have also agreed the apartments will have no more than three bedrooms per unit, with a minimum of 1.3 parking spaces per dwelling unit, according to city documents presented at the meeting. Additionally, 10% of the units will be one-bedroom units and no more than 40% would be units with three beds.

Developers said they are not intending for the project to be for college students, and they intend collect rent by leasing per unit, not per bedroom as is common with college housing.

The larger of the two apartment blocks would be built northeast of the cinema. It is planned to be five stories and over 257,000 square feet with 250 units, a basement and a courtyard.

The smaller apartment building would be across the existing access road that connects Evelyn Byrd Avenue to the movie theater, according to plans.

Sidewalks are planned along the access road between Evelyn Byrd and the movie theater, as well as a crosswalk connecting the larger apartment block to the smaller apartment block and parking deck, according to applicant documents.

Staff recommends approval of the requests on the condition the developers construct a bus stop with a vehicle pull-off and shelter on the site, according to city documents.

City staff studied the impact of traffic from the development and found it would not create a notable increase.

Any of those planning commission members inquire exactly what kind of construction this monstrosity will utilize? All wood to become a future firetrap? Exactly how “affordable” are these apartments with a parking deck? Who is this development targeted for?

Hopefully someone will do “due diligence.”