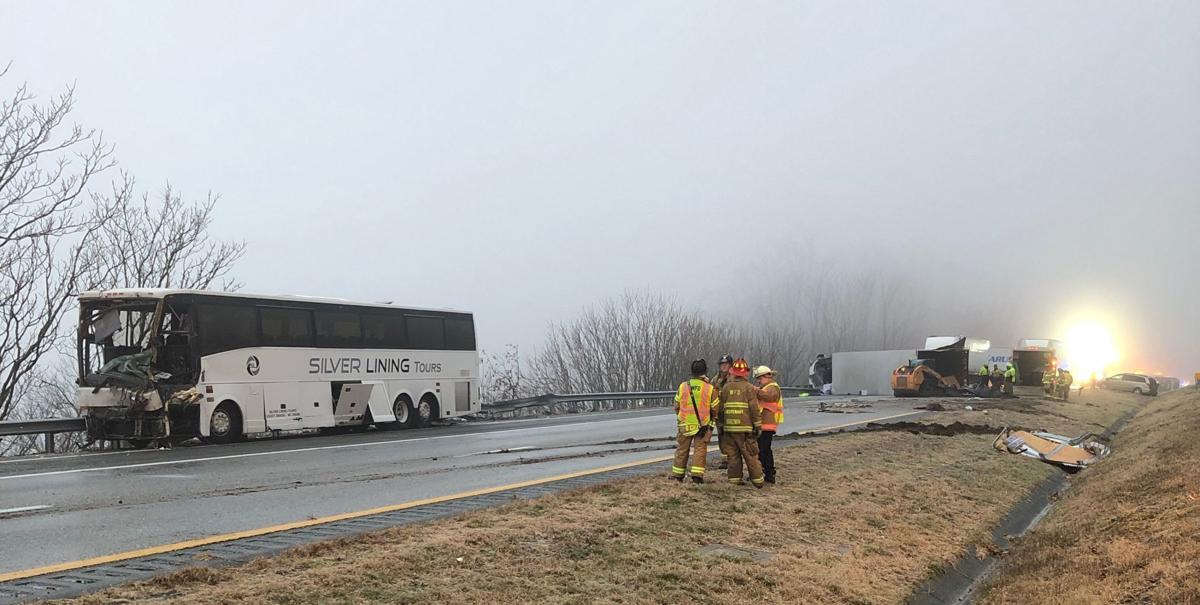 Heavy fog and icy conditions were blamed for Sunday morning’s crash on Interstate 64 on Afton Mountain. 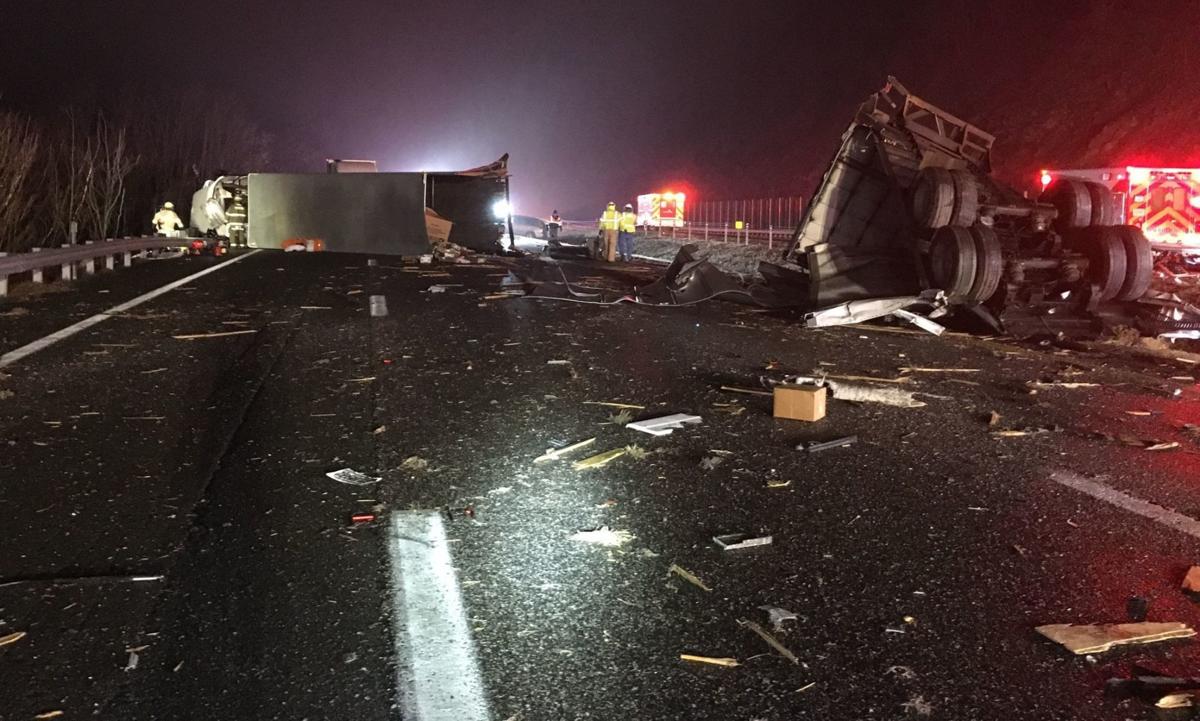 Nineteen people were injured in a Sunday morning collision on Interstate 64 between a tractor-trailer and a charter bus.

Heavy fog and icy conditions were blamed for Sunday morning’s crash on Interstate 64 on Afton Mountain.

Nineteen people were injured in a Sunday morning collision on Interstate 64 between a tractor-trailer and a charter bus.

In 2017, the Virginia Department of Transportation organized an exercise that included a variety of crash scenarios on Afton Mountain.

And Sunday’s crash showed just how important that preparation is.

A tractor-trailer carrying mail overturned on Interstate 64 at about 4:30 a.m. before a charter bus crashed into it, resulting in 19 injuries but no fatalities, according to the Virginia State Police.

“You’ve got to have your response coordinated. Communication is key and you have to know who’s involved and what the resources are,” said Ken Slack, a VDOT spokesman. “And the only way to do that is to bring everybody to the table periodically.”

Heavy fog and icy conditions led to Sunday’s crash, according to the Virginia State Police.

The partnerships built during the 2017 exercise, which VDOT conducts every few years, eased the resolution of the collision, Slack said.

VDOT invites a variety of groups to the exercises, such as local public safety agencies and others in communities around Afton Mountain, including Augusta County Public Schools.

“Certainly, you’d love to be able to prevent something like this, but you’re not always going to be able to do that,” Slack said.

The organizations dispatch teams to try and make routes safer when residents tell VDOT and the sheriff’s office about dangerous conditions, he said.

The government response is only the first step to keeping roads safe, Hutcheson said.

“It’s not just us and VDOT,” he said. “It’s the citizens and heavily relying on the media to get that out.”

Bad weather can create dangerous conditions on U.S. 33 mountain passes to Pendleton County, W.Va., and Greene County and on U.S. 211 between New Market and Sperryville, he said.

“Expect there’s going to be some winter weather and sometimes when you change elevation, that weather can change very, very quickly,” Hutcheson said.

Weather conditions can be drastically different even in places that aren’t far from each other, he said.

“It was uncanny how, here in the city, at the office, it was a little cold, but there was no bad weather,” Hutcheson said. “But on top of that mountain, it was impassable.”

“When those conditions are worse on the mountain more than down below, those motorists have to make a pretty quick decision — ‘Do I keep moving forward?’” Hutcheson said.

VDOT provides live video feeds for conditions U.S. 33, with one at the border with West Virginia and one at Skyline Drive, Slack said.

However, VDOT does not have cameras on U.S. 211 between New Market and Sperryville, according to www.511virginia.org, where the cameras can be tapped into.

Drivers who find themselves in thick fog should use low beams and low speeds, Slack said.

“First and foremost, keep your speed down and leave plenty of room between anything going on around you,” he said.

If high beams are triggered in fog, the light will just reflect back, Slack said.

Going back is always an option as well, Hutcheson said.

“You always want to err on the side of caution in those situations on those mountains,” he said.