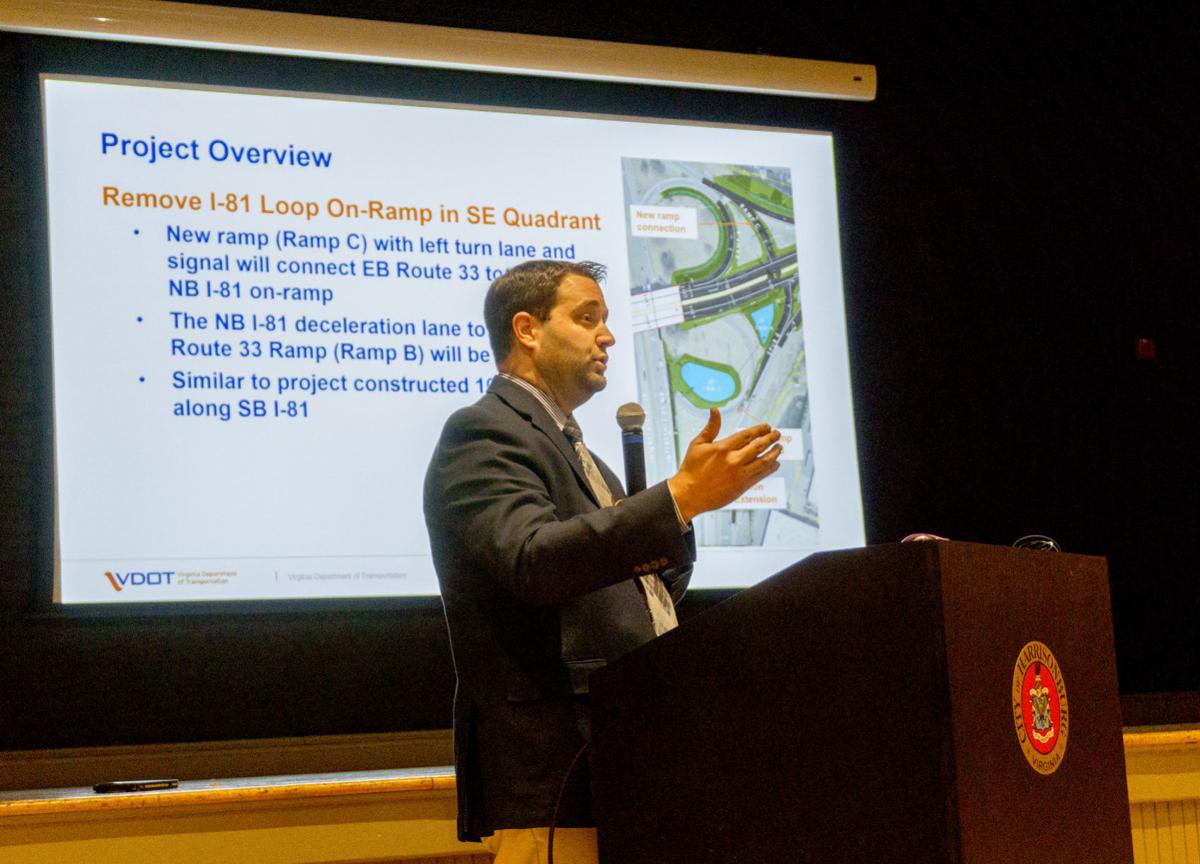 John-Allen Ennis, the Virginia Department of Transportation’s project manager for improvements on the 247 interchange and U.S. 33 bridges, talks during a public information hearing on the work at the Lucy F. Simms Continuing Education Center in Harrisonburg on Thursday. 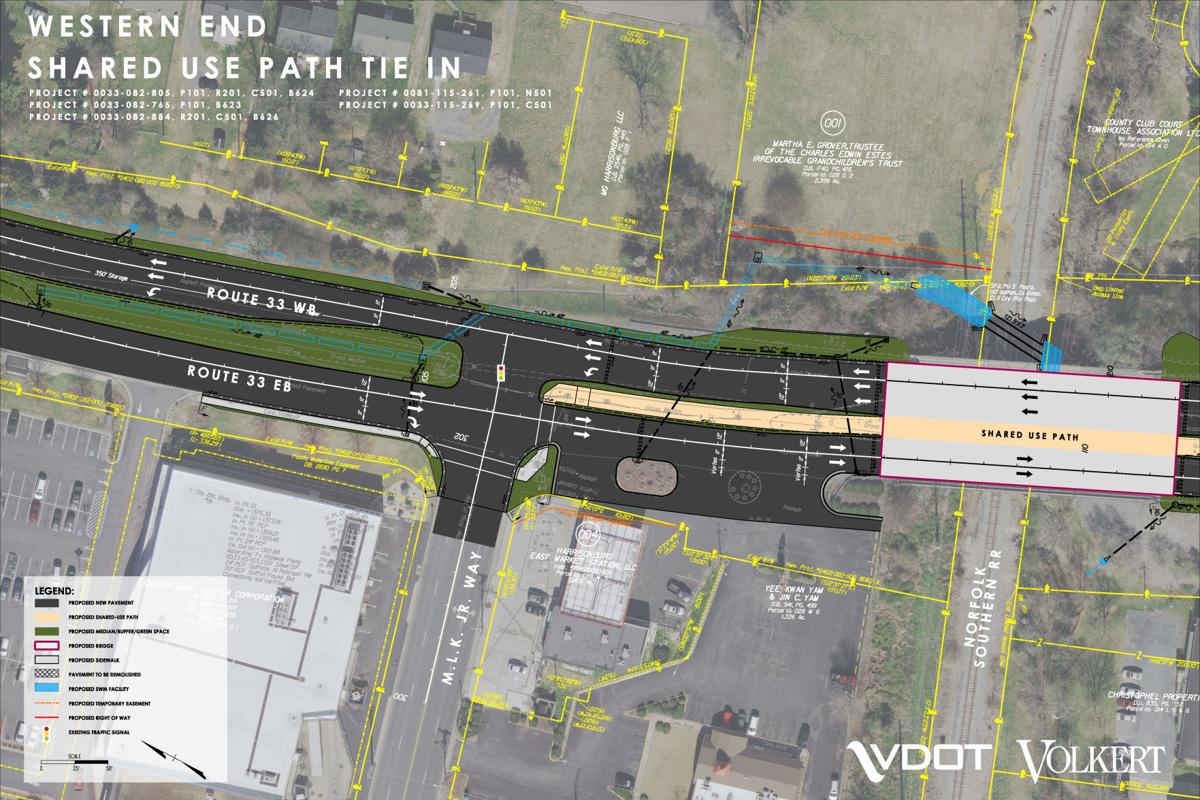 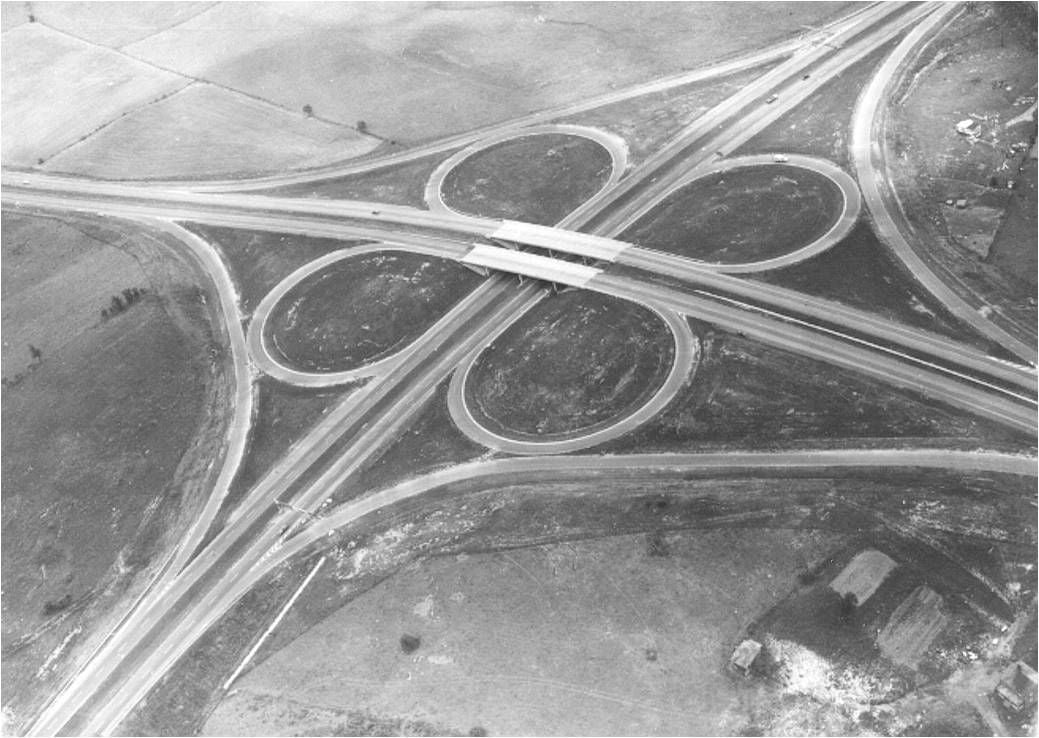 In the 1960s, the 247 interchange was surrounded by countryside.

Bob Hess, of Massanutten, uses the 247 interchange to get on Interstate 81 north and south to play golf every Thursday, but described the roadway as a “bear.”

Hess was one of several dozen residents who attended a design public hearing for the upcoming VDOT undertaking to improve the interchange and replace the four bridges between Martin Luther King Jr. Way and Burgess Road.

Approval of the nearly $60 million project plans is scheduled for spring of 2020, according to John-Allen Ennis, the project manager.

The changes to the eastern side of the cloverleaf will “mirror” the western side, Ennis said, as the leaf allowing U.S. 33 eastbound drivers onto north I-81 will be removed.

Drivers headed eastbound on U.S. 33 will instead get onto northbound I-81 via a new ramp by turning left at a planned stoplight.

The new ramp will join the existing ramp for westbound 33 drivers to get onto northbound I-81.

The stoplight will also serve a new spur road for those headed westbound on 33 from I-81 northbound.

“We want to hear what people think and we want to make sure we’re meeting everyone’s needs out here,” Ennis said of the public hearing.

The department is still very interested in hearing from area residents, even though VDOT already has a plan for the project, he said.

“There’s things we don’t know and we can get a lot of information from people who live in the community and drive the roads everyday,” Ennis said. “It’s not unheard of to make adjustments based on comments we receive from folks — that’s why we come out here and spend so much time trying to hear from folks, both positive and negative.”

Last week, VDOT representatives, along with Harrisonburg city staff and police, walked around the County Club Court neighborhood, which is adjacent to 33 and the 247 interchange, to spread word about the project and invite residents to Thursday’s meeting.

Eastern Harrisonburg resident Benjamin Craig crosses the bridges over I-81 and the Norfolk Southern railway twice a day during the commute to his downtown office.

“The plans look fairly strong,” he said, adding that he liked the idea of the shared use walkway, which will run between east and west 33 from Linda Lane to Martin Luther King Jr. Way. The pathway will also be on the two new bridges that will cross the railway and the interstate, respectively.

“I constantly see folks walking from either side ... of the interchange — crossing over and accessing the shopping center, sometimes with strollers,” Craig said. “It seems quite dangerous now.”

Craig also said he did not mind the addition of a new stoplight on U.S. 33 and was happy that the two lanes would remain open during work.

Other improvements include three-quarters of a mile of new pavement on 33, some repaving and widening of interchange ramps, as well as five water basins around entrance and exit ramps.

The public comment period for the project will close on Dec. 22.

Yes we need improvements to the interchanges. We don't need any more stoplights on 33 to hold up traffic. The latest stoplight to turn left across the road to go south on 81 already interferes with traffic enough. You would think for 60 million you could get road improvements but that amount these days might only gets you little more than half a new high school.