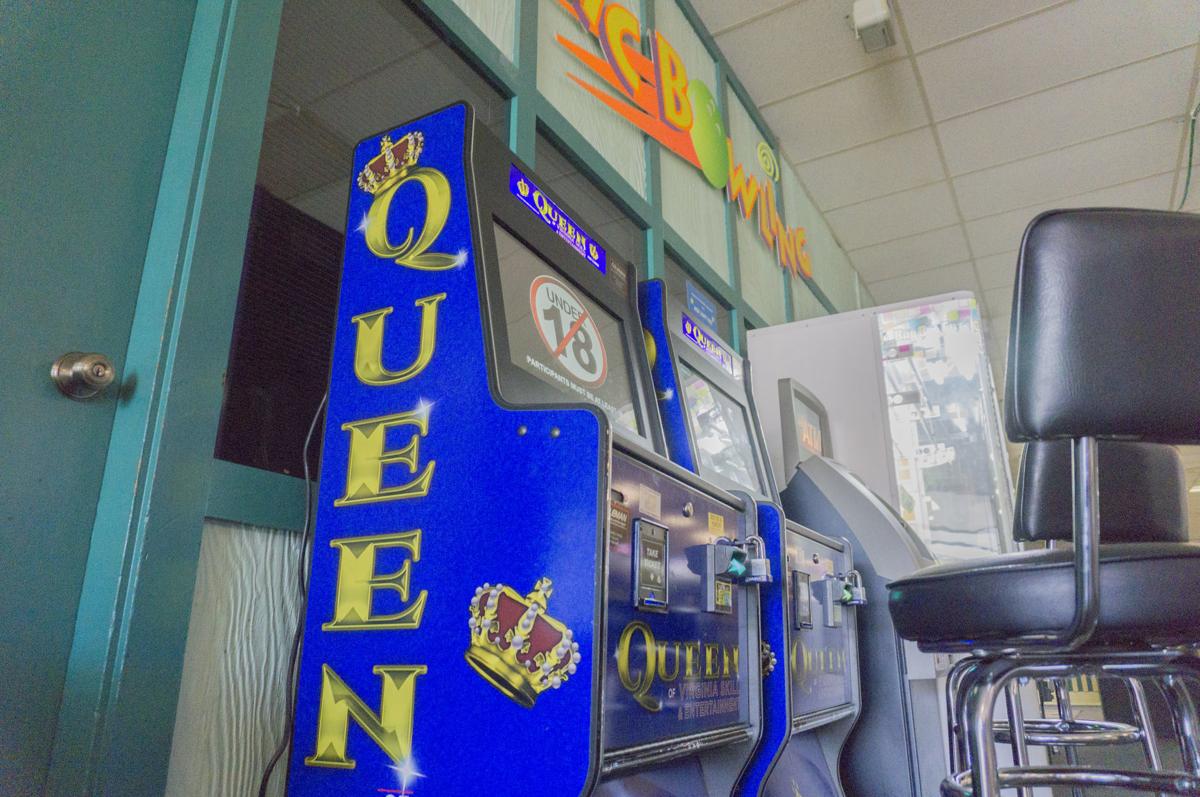 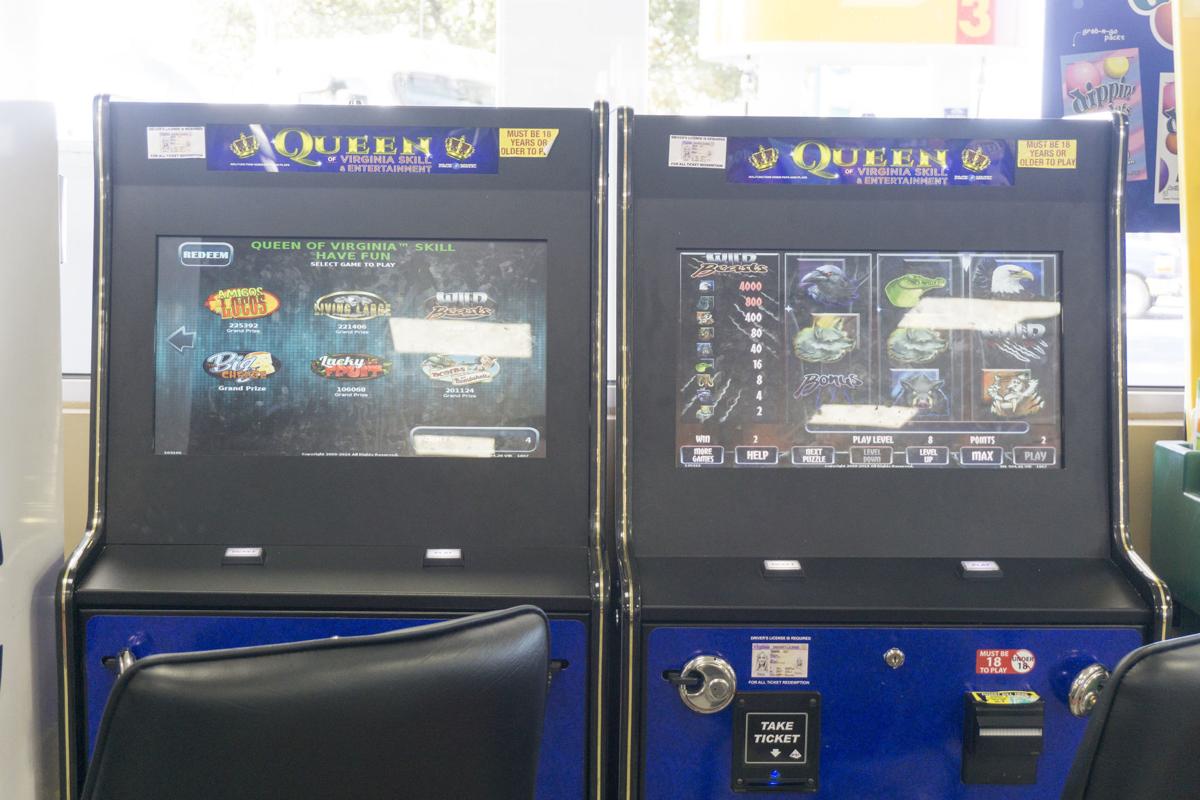 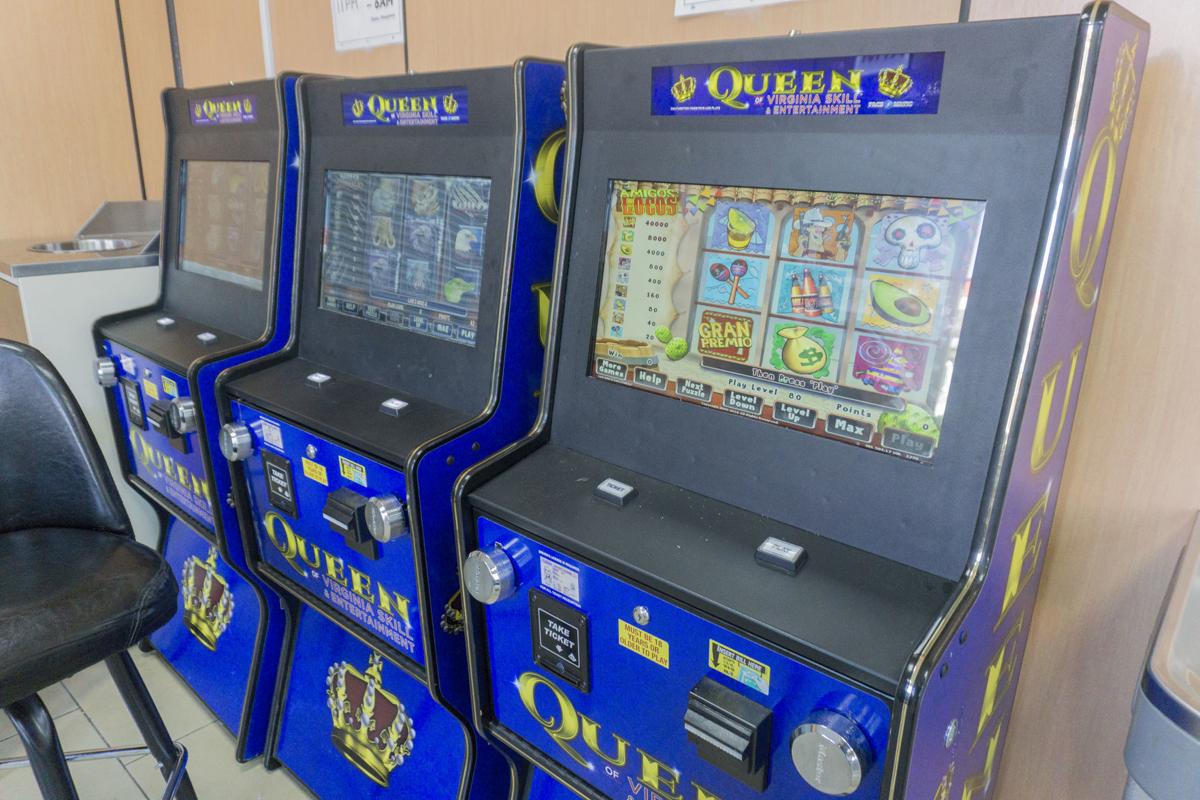 Queen of Virginia Skill and Entertainment machines sit ready at a 7-Eleven on North Main Street in Harrisonburg on Friday afternoon.

Queen of Virginia Skill and Entertainment machines sit ready at a 7-Eleven on North Main Street in Harrisonburg on Friday afternoon.

HARRISONBURG — Earlier this year, purple machines with “QUEEN” written on the side started to appear in convenience stores in the Valley with no fanfare.

“They’ve taken out that chance element and have inserted skill,” Anderson said.

For a game to count as gambling, it has to meet three criteria: chance, consideration — or a bet — and reward, according to Anderson.

Since the players’ skill helps them to win, the Queen machines are not gambling devices, Anderson said.

“Bingo is technically gambling because it’s all chance, but that’s regulated by the state as well,” he said.

Jesus Rodriguez of Harrisonburg plays the Queen of Virginia game called “Living Large,” where each round costs a minimum of 40 cents. The player must identify a pattern from nine assorted pictures, which change each round, to win prizes from 10 cents to $200, but a winning pattern is not always present.

Anderson said nuances of the game make it unlosable.

Rodriguez said he doesn’t consider the machine gambling and only plays for an hour or so every week.

He also said that he feels like he earns enough money back to justify playing.

Queen of Virginia produces the machines, and sells them to entertainment companies, according to Anderson.

There are roughly 50 local entertainment companies, which care for the machines for the roughly 2,500 businesses signed up with Queen of Virginia, he said.

Anderson said he believes there are 6,000 Queen of Virginia machines across the state, with an unknown number at 10 locations in Harrisonburg and Rockingham.

“There was no affirmative go ahead from the city government,” Bean said.

John Hagerty, a spokesperson for the Virginia lottery, declined to discuss the economic impact of skill machines on the state lottery.

“At this time we’re not doing interviews on this topic,” he said in an email.

During the conversation, Hall called skill machines “gray machines” in reference to the unclear legal status of the devices.

Half the lottery retailers without the skill machines saw business continue as usual in the past fiscal quarters.

“The other half of the retailers who had installed gray machines, we saw notable lottery sales decline in their stores,” Hall said.

In January, slightly more than 500 vendors offered skill machines, and that number had increased by roughly 800 retailers by May, according to data from the Virginia Lottery.

That number began to increase rapidly, and by June, over 3,000 retailers had skill machines. By August, 4,500 carried the devices.

Hall said the estimates of machines in the state are only based on lottery vendors who stock the machines.

As the machines became more popular, scratch and other lottery games became less popular, according to lottery data.

“The correlation is obvious,” Hall said.

The lottery could lose more than $138 million in sales if the trend continues, he said.

“The profit impact is close to $40 million,” Hall said.

And it’s not just the Virginia Lottery that has concerns about the machines.

Del. Steve Landes, R-Weyers Cave, is a member of the committee Hall made his presentation to.

In an interview on Tuesday, Landes said he views the machines as gambling, and if they are allowed, they should be taxed and regulated.

“They shouldn’t just be flying under the radar,” he said.

Joe Platania, the commonwealth’s attorney for Charlottesville, was the first to challenge the skill machines’ legality after ordering them removed in June, according to reports from the Daily Progress.

Anderson said he doesn’t agree with the legal challenge, since there was a letter of determination about the skill aspect of the games from the Virginia Alcoholic Beverage Control Authority, which Anderson previously worked for, he said.

Anderson also said that Queen of Virginia had attorneys approve the game as skill games instead of chance, as well as labs whose sole purpose is deciphering whether a game is skill based or chance based.

According to Anderson, the unregulated status of the Queen of Virginia games is not unprecedented.

“Currently there is no regulatory scheme to regulate games of skill because skill is inherently legal under the law,” he said.

Commonwealth’s Attorney Marsha Garst is looking into the machines as well, Bean said.

The prosecutor’s office will reach out to other localities, as well as look at the devices themselves to decipher whether they are gambling machines, according to Bean.

Bean said the process could take some time.

“We’ve not come to a conclusion,” he said.