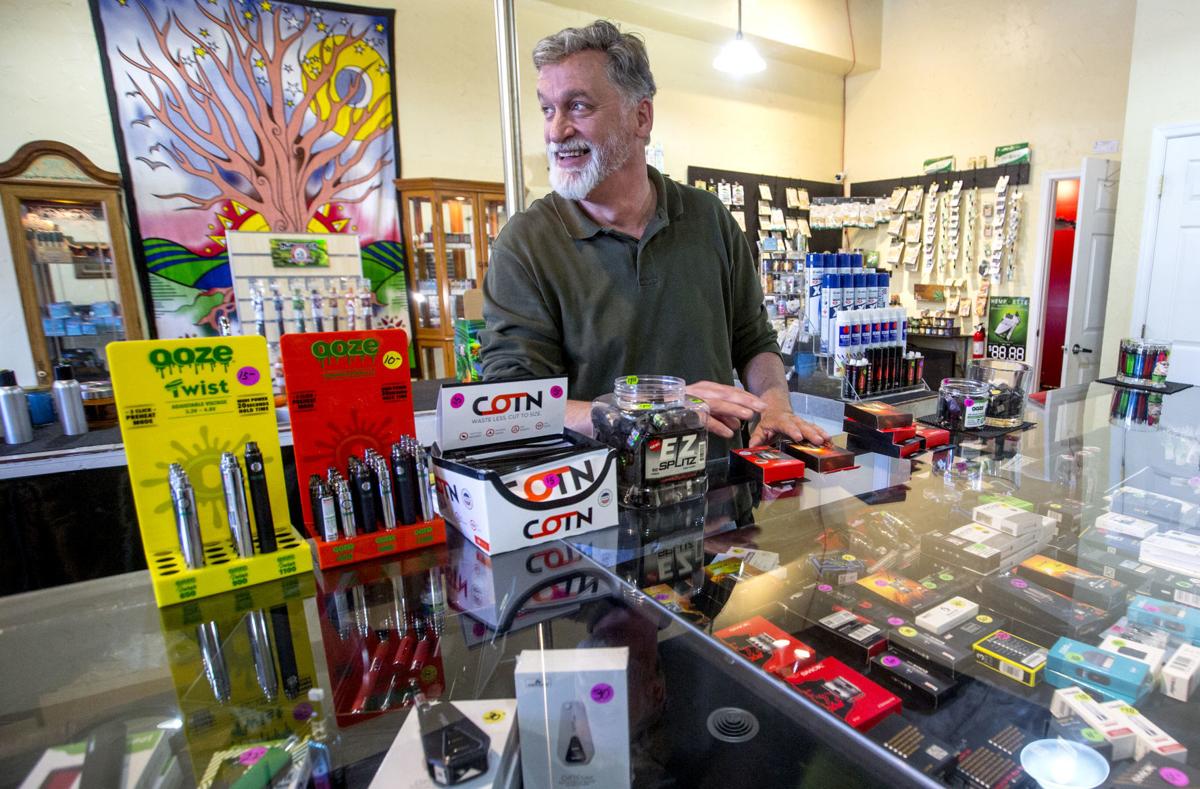 Scott Jones, owner of MassaVAPEn, unpacks a shipment of vape juice and accessories in his store Thursday afternoon. Jones said his business has been negatively affected by recent reports of vaping being linked to illnesses and deaths. 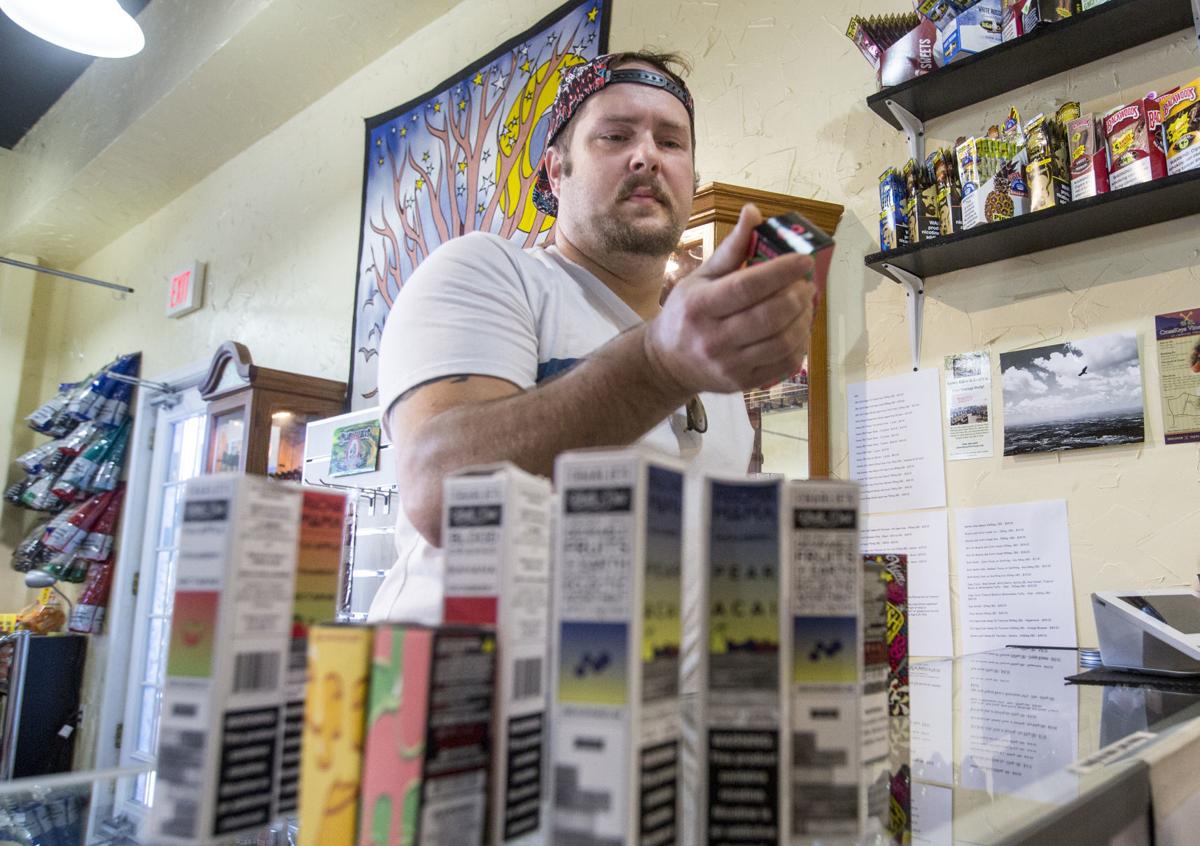 Jason Phillips, of Luray, looks through a selection of vape juices at MassaVAPEn Thursday afternoon. 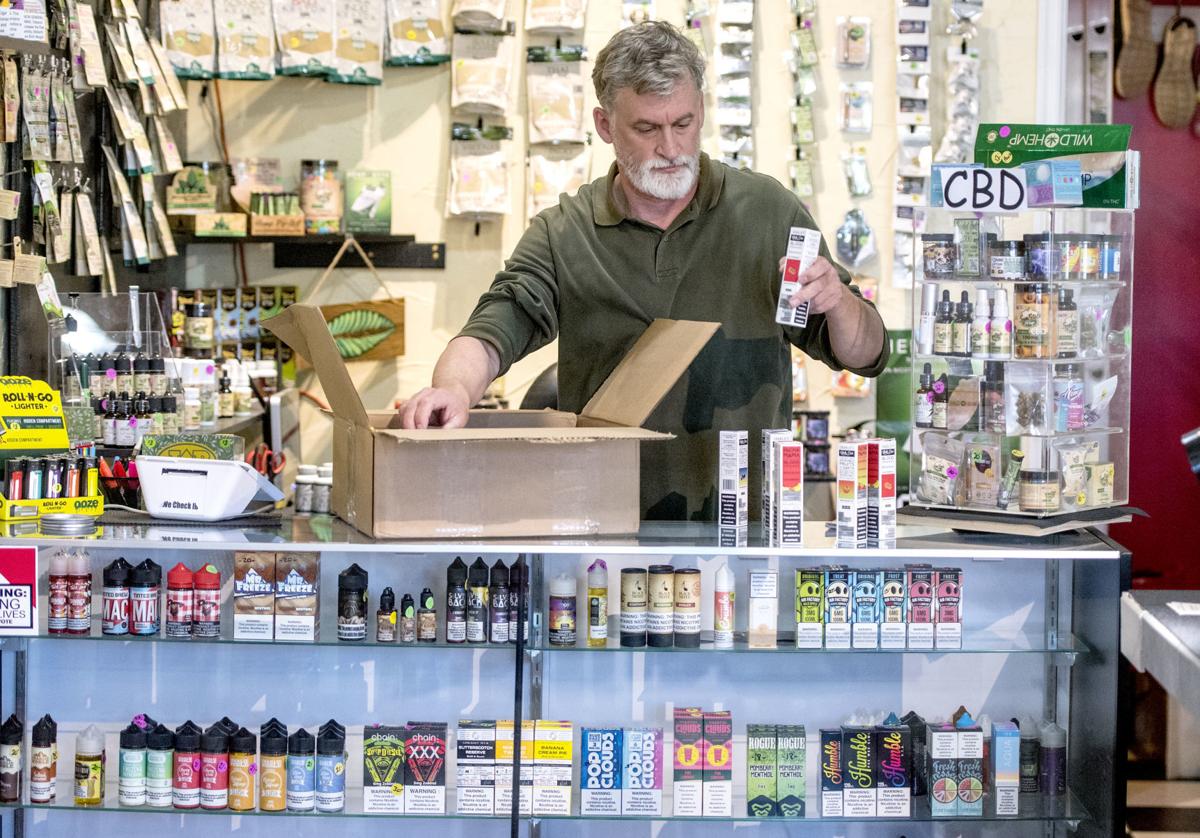 Scott Jones, owner of MassaVAPEn, unpacks a shipment of vape juice and accessories in his store Thursday afternoon. Jones said his business has been negatively affected by recent reports of vaping being linked to illnesses and deaths.

Jason Phillips, of Luray, looks through a selection of vape juices at MassaVAPEn Thursday afternoon.

McGAHEYSVILLE — Even with his yellow lab Daisy in the shop, Scott Jones, owner of MassaVAPEn in McGaheysville, has been much lonelier in his shop over the past few weeks.

Since the first reports about deaths linked to vaping have surfaced, Jones has been seeing fewer customers — significantly fewer.

Jones opened MassaVAPEn in August because he saw an opportunity in the vaporizer market, as east Rockingham residents had to go to Luray or Harrisonburg to get materials, he said.

“It was right before all this happened,” Jones said. “It was such a great idea then.”

As of Friday, over 1,300 illnesses and 26 deaths have been associated with vaping, according to the U.S. Centers for Disease Control and Prevention.

Jones estimated his business has declined by 25-30%.

The Daily News-Record contacted four other Valley vape stores, which either did not return calls or declined to discuss the matter.

Jones moved back from Los Angeles more than a decade ago to take care of his mother, who lives in the Valley. He “slinged” Massanutten timeshares for years but felt he wanted to do something else.

“I liked the idea that people could quit the smoking with a vape,” Jones said.

Most of his customers were people coming in to buy vape to stop smoking, he said.

“These people who were coming in to quit smoking, right now aren’t doing it because they’re afraid because they think vaping is going to kill them,” he said.

There are three main issues with vape, said Chris Holstege, a toxicologist at Blue Ridge Poison Control, which is run by University of Virginia Health.

One is the short-term acute lung illnesses, which result from the unregulated market for vapes, he said.

However, Holstege still does not support vaping, even though he has seen friends move away from smoking cigarettes and cigars to vaping.

Jones agreed, and expressed frustration with the disregard for how vapes help people quit smoking.

“My brother is a smoker, who smokes Newports, and he’s like ‘The science isn’t in on vaping,'" Jones said. “Well I said, 'The science is in on your Newports.'"

No long-term studies have been done on vaping, Holstege said.

“The problem is we didn’t know those health affects till decades later and by then it was too late to reverse,” he said.

And the third is the increasing rate of young people vaping, Holstege said.

More long-term studies have to be conducted before anyone can claim that vaping is completely safe, Holstege said.

“It’s a challenging time with the vaping devices,” he said. “It’s just not clear.”