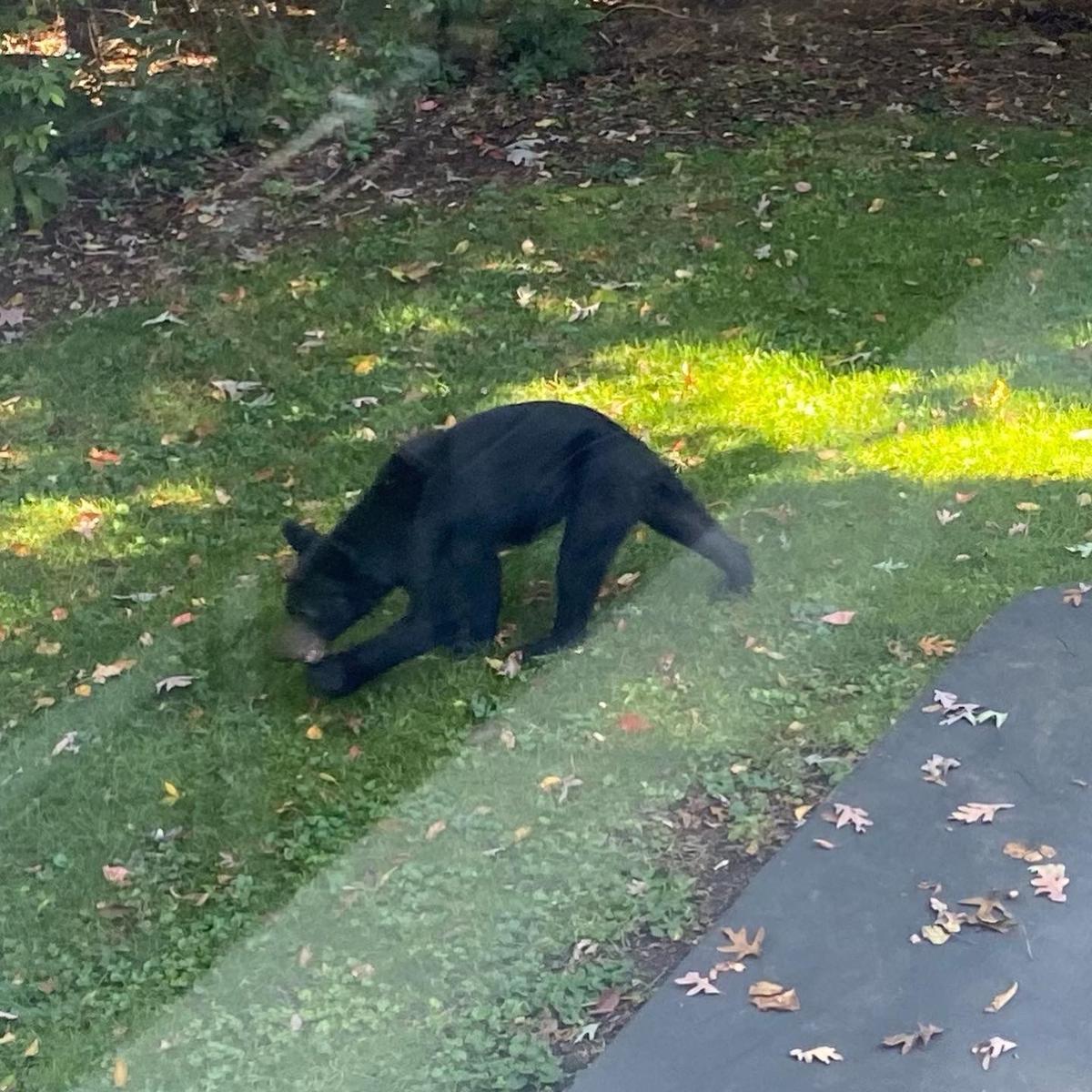 Tiffany Hinkle took this photo of a bear from her Harrisonburg home Wednesday at about 4 p.m., three hours after she believes it attacked her dog. 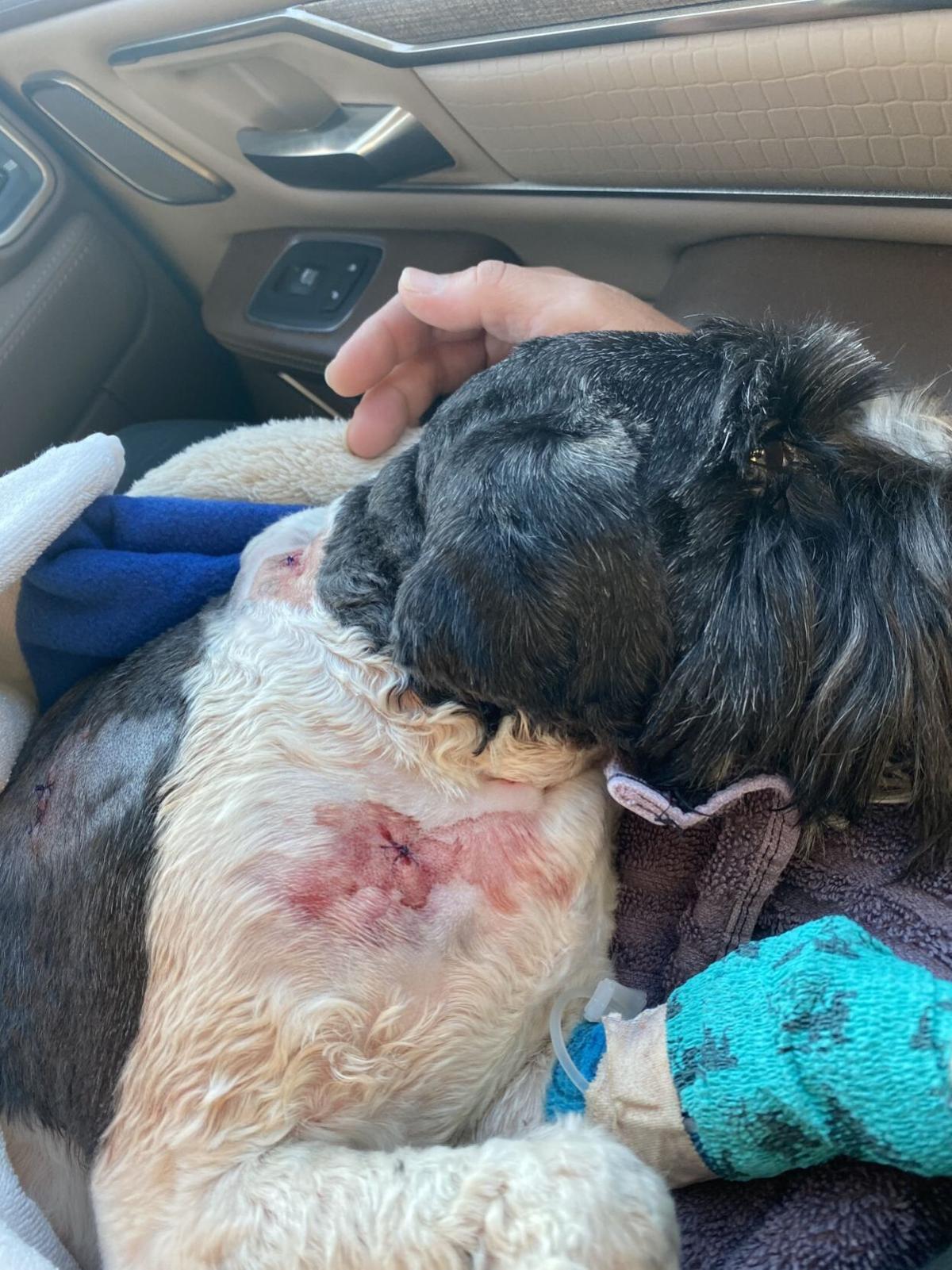 Max, a 4-year-old miniature schnauzer, was treated for his injuries at Anicira Veterinary Center. 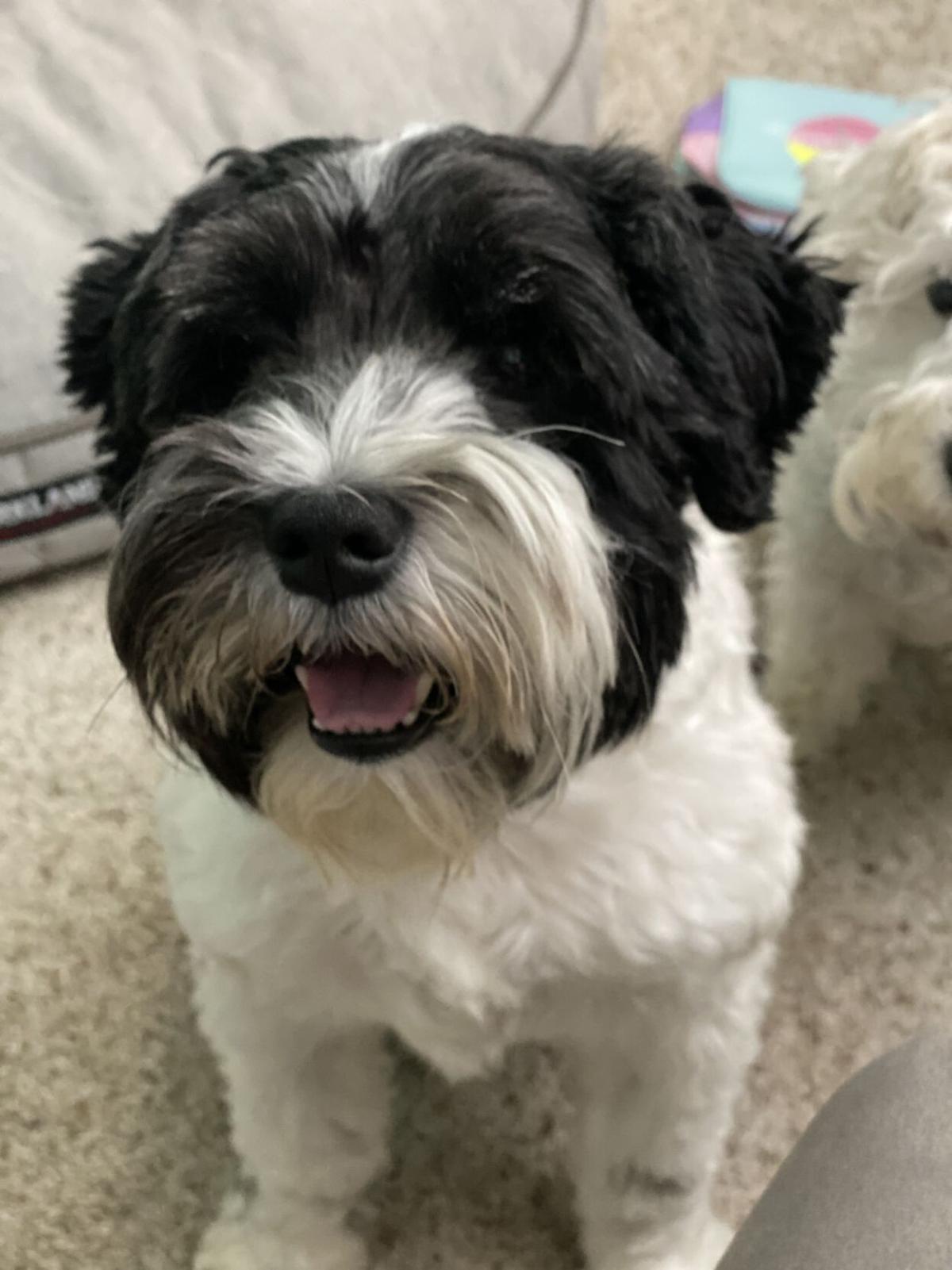 Tiffany Hinkle took this photo of a bear from her Harrisonburg home Wednesday at about 4 p.m., three hours after she believes it attacked her dog.

Max, a 4-year-old miniature schnauzer, was treated for his injuries at Anicira Veterinary Center.

Two Harrisonburg residents’ dogs were attacked Wednesday near their homes by a bear, according to the dogs’ owners.

Jane Pirooz, who lives on Pearl Lane, saw the bear in her backyard by her suddenly wounded 7-year-old brownish-red poodle named Leni.

“I heard him start to scream, and I immediately rushed out the door and saw the black bear,” Pirooz said. Leni typically rests on a bed in the sun several feet from the back door, according to Pirooz, who said she had just stepped inside when the attack began.

When she ran outside, she saw the bear, which looked lean, according to Pirooz.

The bear “didn’t seem to be afraid of me at all, which was unfortunate, but I immediately started screaming and that got his attention and he slightly moved his head away and I picked up my dog and he was bleeding with injuries around his stomach and neck area,” Pirooz said.

The same bear is believed to have also attacked Max, a 4-year-old black and white miniature schnauzer, which is owned by Tiffany Hinkle. Hinkle lives off Diamond Court, near Pirooz’s home.

“It was probably the same bear given the injuries of her dog,” Pirooz said.

Around 1 p.m. Wednesday, Hinkle and Max walked out the back of their home. Shortly after, Max went running off into the woods with Hinkle running after him.

“I tried to stop the bleeding so I pushed him to my chest and then I wrapped him in blankets and immediately took him to the vet,” Hinkle said.

Both Max and Leni were treated by staff at Anicira Veterinary Center, according to their owners. Both dogs will also be looked after overnight by veterinary staff in Verona.

Hinkle said her neighbors have told her they’ve seen bears before but only at night.

“We’re surrounded by woods, so we often see deer and squirrels and other animals, but I’ve never seen a bear before,” Pirooz said of her experience living in the southeast part of Harrisonburg, north of Chestnut Ridge Drive.

City spokesman Michael Parks said Wednesday it is not uncommon for bears to be spotted in the outer limits of town during this time of year.

In emergencies, residents should call 911, but if they only see a bear, they should call the Virginia Department of Wildlife Resources at 1-855-571-9003, according to Parks.

“I think people in our neighborhood need to know there is a bear that’s dangerous on the loose,” Pirooz said.

“It was large enough that it could have easily attacked a person, especially because I didn’t see or hear it,” she said.

A game warden is looking around the area trying to find the bear, according to Hinkle.

“Watch your dogs and your kids ‘cause it’s not a small bear,” said Hinkle.

Stephanie Simek, the lead for the Black Bear Project, said dogs regularly tend to come into contact with wildlife such as bears for numerous reasons, including dogs’ often territorial nature.

“On occasion [the bear] is startled or they both startle each other, but very often, particularly in residential areas, a bear is coming through the area because there is a food resource nearby,” Simek said.

That includes bird feeders, grills, garbage and pet food, according to Simek.

She said if someone leaves food outside for a pet, they should only leave enough food for that pet and always bring the dish back inside if there is a chance of a bear being in the area.

Also if there is a chance of a bear being in the area, residents should make noise before letting dogs so as to scare away the bear, according to Simek.

What do you expect? All the land (their homes) are being taken by all the developement. Of course, they will be more prominent now.

Bears are dangerous in the city