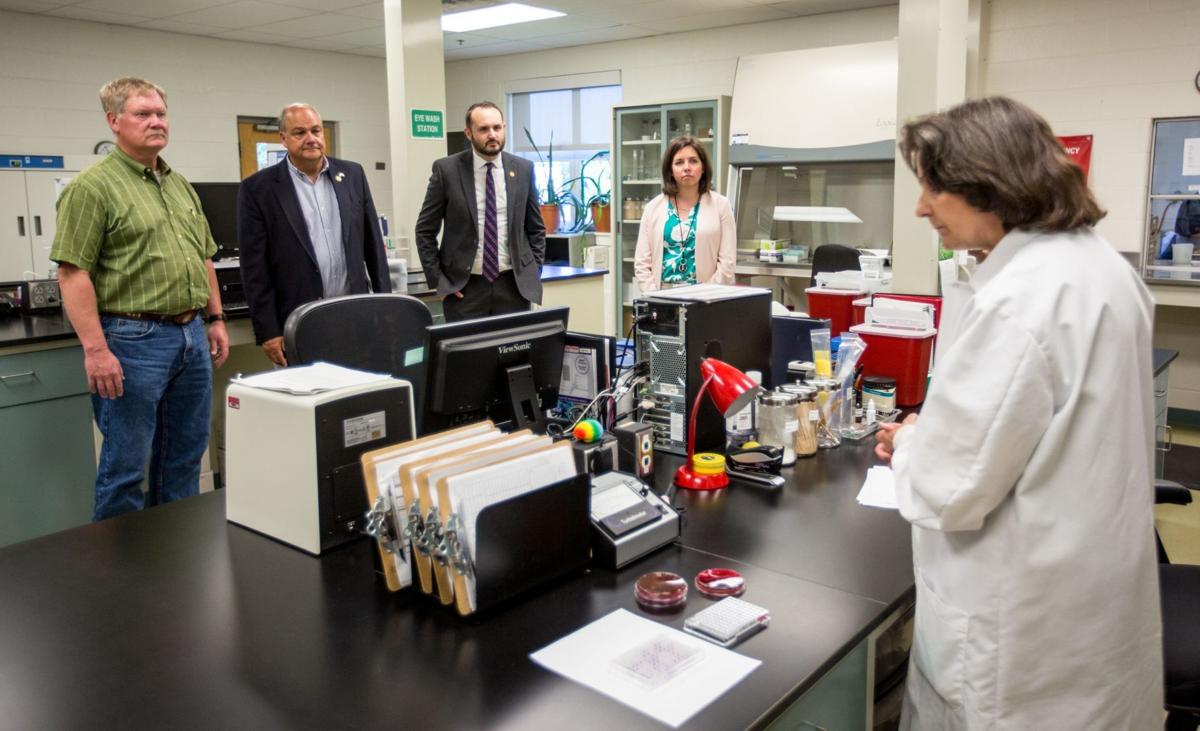 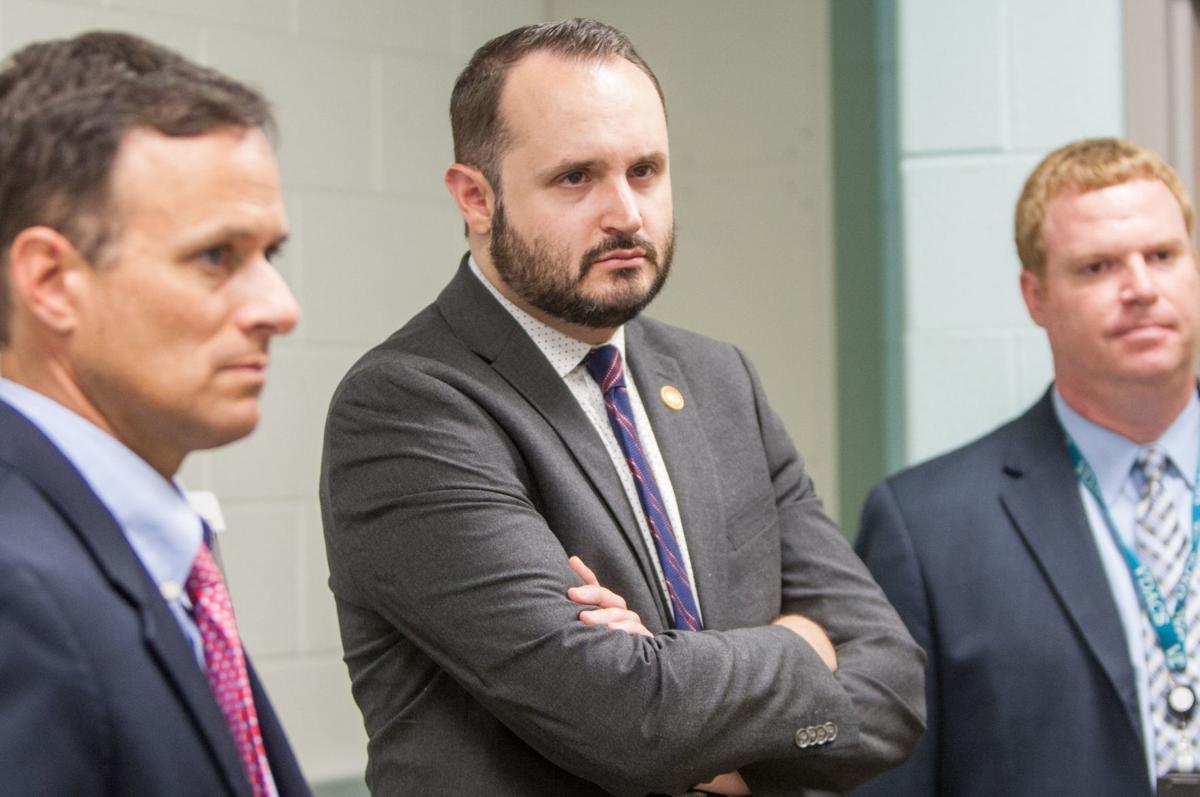 New Virginia Department of Agriculture and Consumer Services Commissioner Brad Copenhaver listens during a tour of the Harrisonburg VDACS lab. 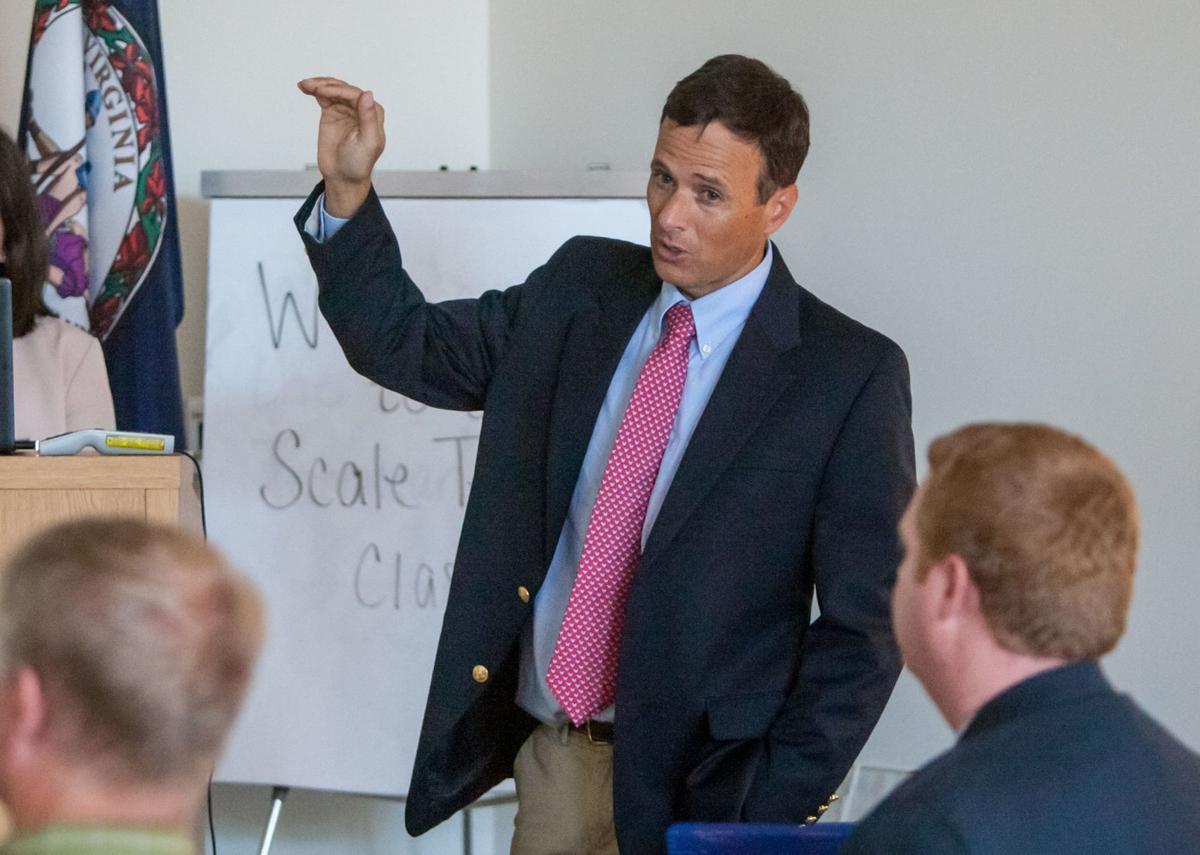 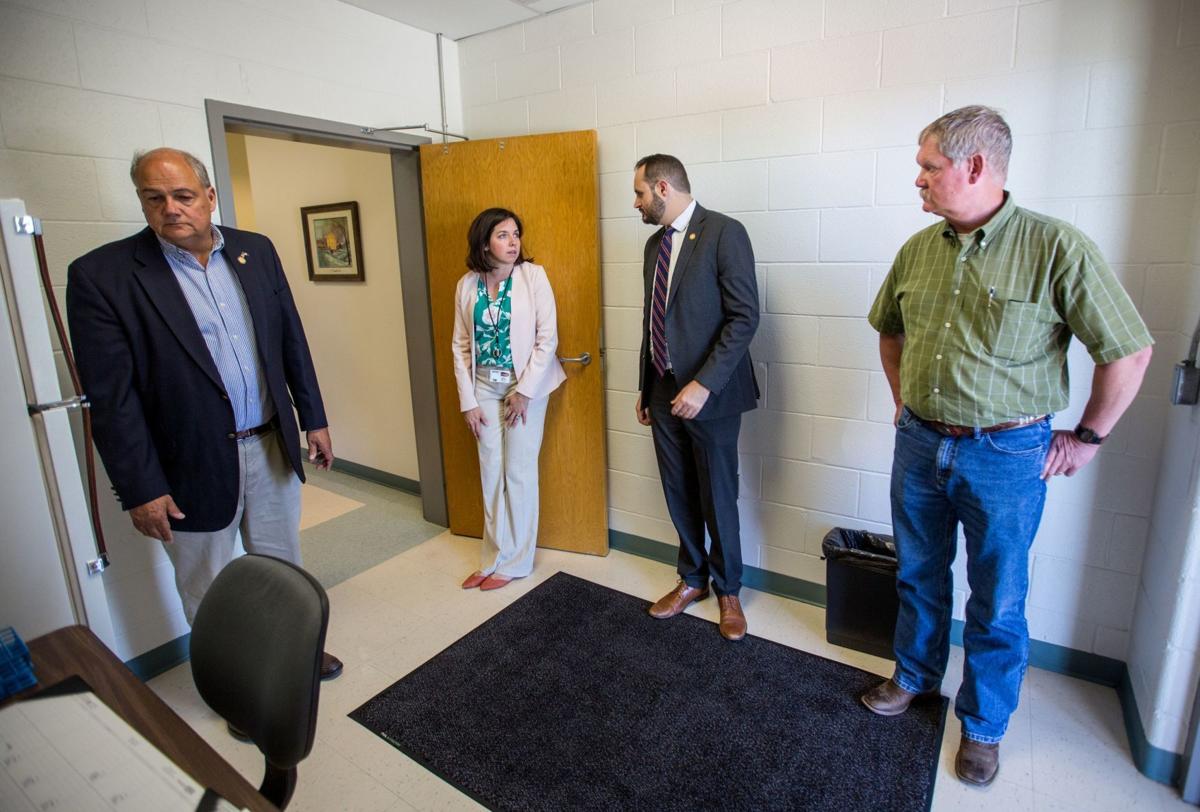 New Virginia Department of Agriculture and Consumer Services Commissioner Brad Copenhaver listens during a tour of the Harrisonburg VDACS lab.

For one week a year, agriculture communities across the commonwealth are recognized and celebrated as part of Virginia Agriculture Week.

In Rockingham County, however, every week is agriculture week.

As part of the weeklong festivities, Brad Copenhaver, newly appointed commissioner of the Virginia Department of Agriculture and Consumer Services, visited Harrisonburg on Wednesday to tour the city’s Regional Animal Health Laboratory operated by the agency.

On the outside, the Regional Animal Health Laboratory resembles an ordinary office space, but on the inside, employees are testing hundreds of samples daily to identify diseases in livestock and poultry.

“This is the bread and butter for doing the regulatory and testing programs to protect livestock and poultry industry from diseases,” said Charlie Broaddus, state veterinarian for VDACS.

There are four Regional Animal Health Laboratories in the state — one in Harrisonburg and the others located in Lynchburg, Warrenton and Wytheville.

The labs offer a variety of services in bacteriology, serology, virology, parasitology, pathology and molecular testing, according to VDACS. The labs also perform necropsies, bacteriological cultures, identification and sensitivity testings and microscopic examinations of tissues.

Harrisonburg’s laboratory is the largest in Virginia in terms of testing and employees, according to Jess Walters, program manager for the Office of Laboratory Services for VDACS.

Walters said most of the work done at the Harrisonburg lab focuses on poultry testing.

“Eighty to 90% of our work load is poultry testing,” she said. “We also do dairy testing.”

The facility includes a variety of testing labs and drop-off rooms where farmers can leave samples behind for testing. Walters said the drop-off rooms are available 24 hours a day, seven days a week.

“It’s really great to have those here,” she said.

Copenhaver, Runion and Wilt got a firsthand look at how the microbiology lab, BSL-3 lab, serology lab, dairy bacteriology and necropsy lab operate on an average day during the tour.

The biggest takeaway for Copenhaver was the technology available at the lab.

Another aspect of the lab Copenhaver fancied was the ability to meet the need of additional testing if an outbreak occurred.

“We have the ability here to use all of the resources that we have, and we can ramp up to meet the needs of our industry,” he said.

Wednesday’s tour was the first time Copenhaver visited the facility, and with it coinciding with Virginia Agriculture Week, he said it served as an opportunity to get the word out about the services provided and how important the employees are to the success of the industry.

Copenhaver also said that in his position as commissioner of VDACS, he is responsible for sharing the agricultural community’s story.

“I feel like I’m here to lead the agency, but serve as that voice for agriculture to kind of help meet Gov. Northam’s and Secretary Ring’s mission,” he said. “I think our No. 1 goal right now is continuing to help build new markets for our farmers and new places for them to sell their products.”

As Virginia celebrates agriculture week, Copenhaver said it is important to educate people on where food comes from and the complex supply chain, because agriculture is the largest industry in the state with a $70 billion economic impact a year.

“What we want to highlight is that industry and the diversity of it and everything we do here in Virginia,” he said. “Everybody has to eat, everybody has to wear clothes, so that’s what we are here to serve.”