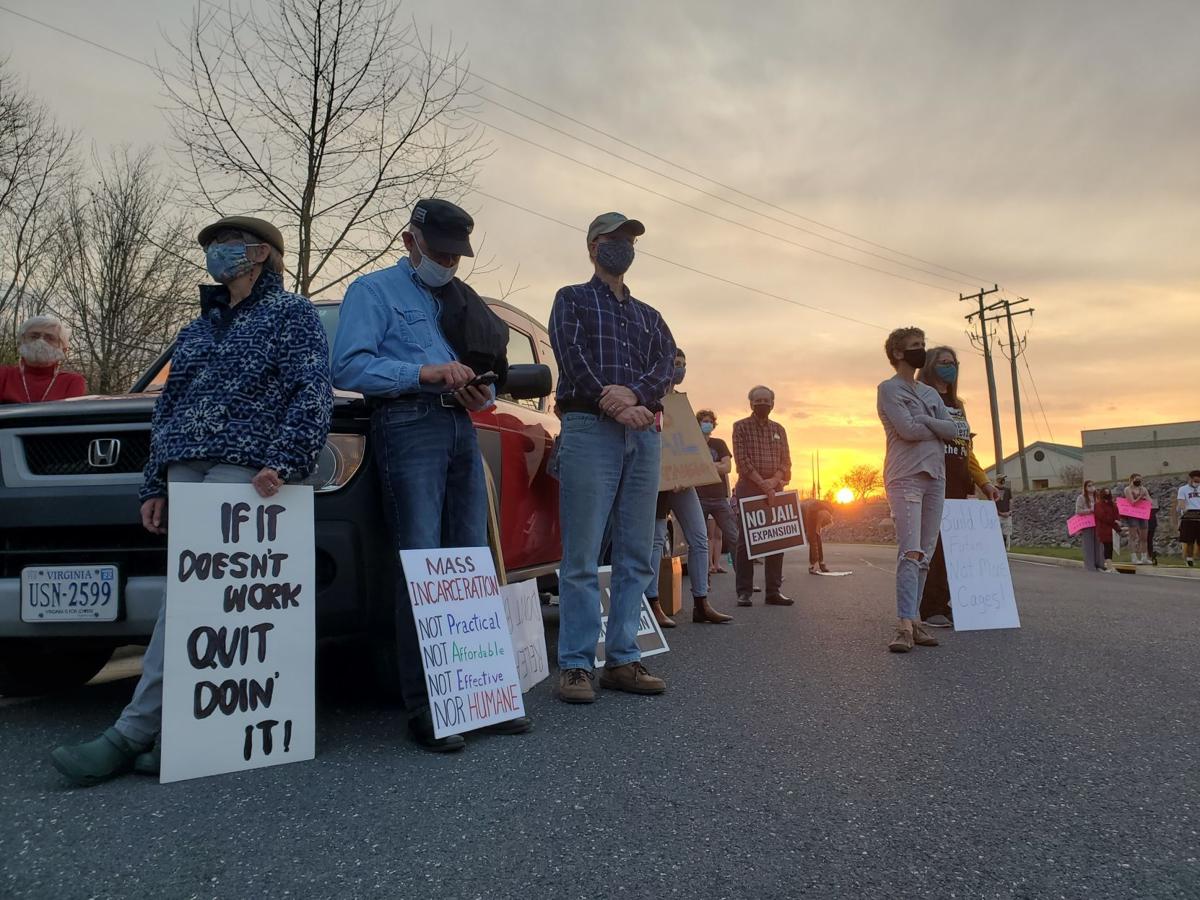 Protesters gather outside Middle River Regional Jail in Verona on Monday ahead of Tuesday’s jail authority board meeting, where a decision on expansion of the facility had been expected. The board, however, decided to delay the decision until June 1. 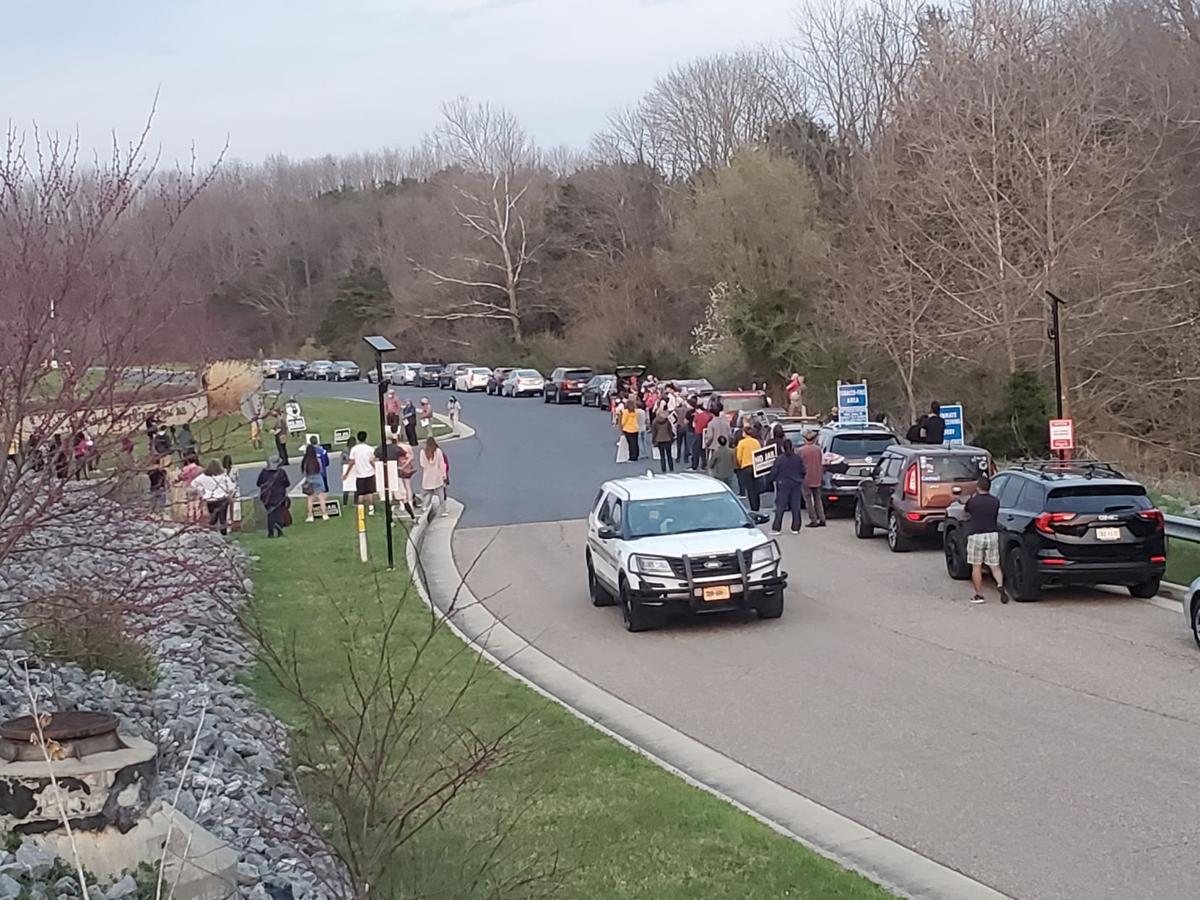 Protesters gather outside Middle River Regional Jail in Verona on Monday ahead of Tuesday’s jail authority board meeting, where a decision on expansion of the facility had been expected. The board, however, decided to delay the decision until June 1.

VERONA — A decision to renovate and expand Middle River Regional Jail has been delayed until June 1 to allow community leaders more time to deliberate, according to Rockingham County Administrator Stephen King.

During Tuesday’s MRRJ Authority board meeting, a vote on the proposed expansion and renovation plan was expected to take place. But before the meeting started, King announced no action would take place, and the agenda item will be moved to the board’s next meeting.

No discussion on the expansion proposal took place Tuesday.

King said the decision to delay action until June, at the earliest, stemmed from giving localities more time to provide input on the project.

“We have five different jurisdictions all with different boards and councils, all with different thoughts and ideas,” he said in an interview following Tuesday’s meeting. “Some of them wanted to get to the jail and look at the facilities before they made a decision, and so we are just waiting, giving them more time for that input so we can let them all have a chance to provide that input to their various city managers and county administrators.”

As of Tuesday, King said all five jurisdictions have been given the opportunity to tour MRRJ. Those are the cities of Waynesboro, Staunton and Harrisonburg and the counties of Rockingham and Augusta.

On Feb. 25, members of the Rockingham County Board of Supervisors toured the facility after expressing interest during their Feb. 10 meeting. District 5 Supervisor Mike Breeden did not tour the Verona facility.

In an interview with the Daily News-Record in March, District 4 Supervisor Bill Kyger said what he saw during the tour was “a lot of overcrowding.”

“It was an eye-opening experience,” he said.

District 3 Supervisor Rick Chandler said he thought the tour was “beneficial,” adding that it was “clearly, fairly apparent” the jail was overcrowded.

“The others have at least been given the opportunity,” he said.

King said a decision will need to be made soon.

“At some point we are going to have to make a decision one way or another,” he said. “It will be no earlier than June 1, I anticipate, assuming they all have sufficient information to make their decision and provide recommendations, but it could go beyond that.”

Localities have been presented with several options to address the jail’s overcrowding that resulted from a needs assessment and facility planning study conducted by Moseley Architects.

The plan, estimated to cost $39.4 million, calls for facility renovations, 48 new mental health beds and 192 minimum-custody beds and a 112-bed community corrections facility. Many of the proposed renovations also provide more space for work release and other programming to reduce recidivism, according to MRRJ documents. The latest proposal from February does not address the anticipated need for 1,283 beds by 2029 that was identified in the needs assessment study.

The further a decision is pushed back, the more likely MRRJ will be forced to rent additional beds from other facilities.

MRRJ announced in February the facility had signed a contract with Pamunkey Regional Jail in Hanover to rent 30 beds for MRRJ inmates. Each bed cost the jail $50 per day, bringing the total for 30 beds to $1,500 a day.

In a previous interview with the Daily News-Record, King said the county and city of Harrisonburg are responsible for paying 14.8% of the cost, which is based on their three-year bed usage.

During Tuesday’s meeting, MRRJ Superintendent Jeff Newton said the facility is renting 35 beds at Pamunkey Regional Jail — an increase of five inmates in the last month that costs the jail an additional $250 in fees.

On Monday, King said if an expansion or renovation doesn’t take place, the jail authority will be renting beds for a while.

“If we take no action, we are just renting more beds,” he said.

When the Rockingham County Board of Supervisors held its budget work session on Feb. 19, Trish Davidson the county’s director of finance, said by the time 100 beds are rented for 15 years, the price for an expansion will have been outpaid by rental fees.

As of Monday, there were 801 inmates at MRRJ.

A vaccination clinic was held at MRRJ on Monday, with Newton saying 48% of inmates received the Johnson & Johnson vaccine. Newton also said 40% of the jail’s staff is fully vaccinated.