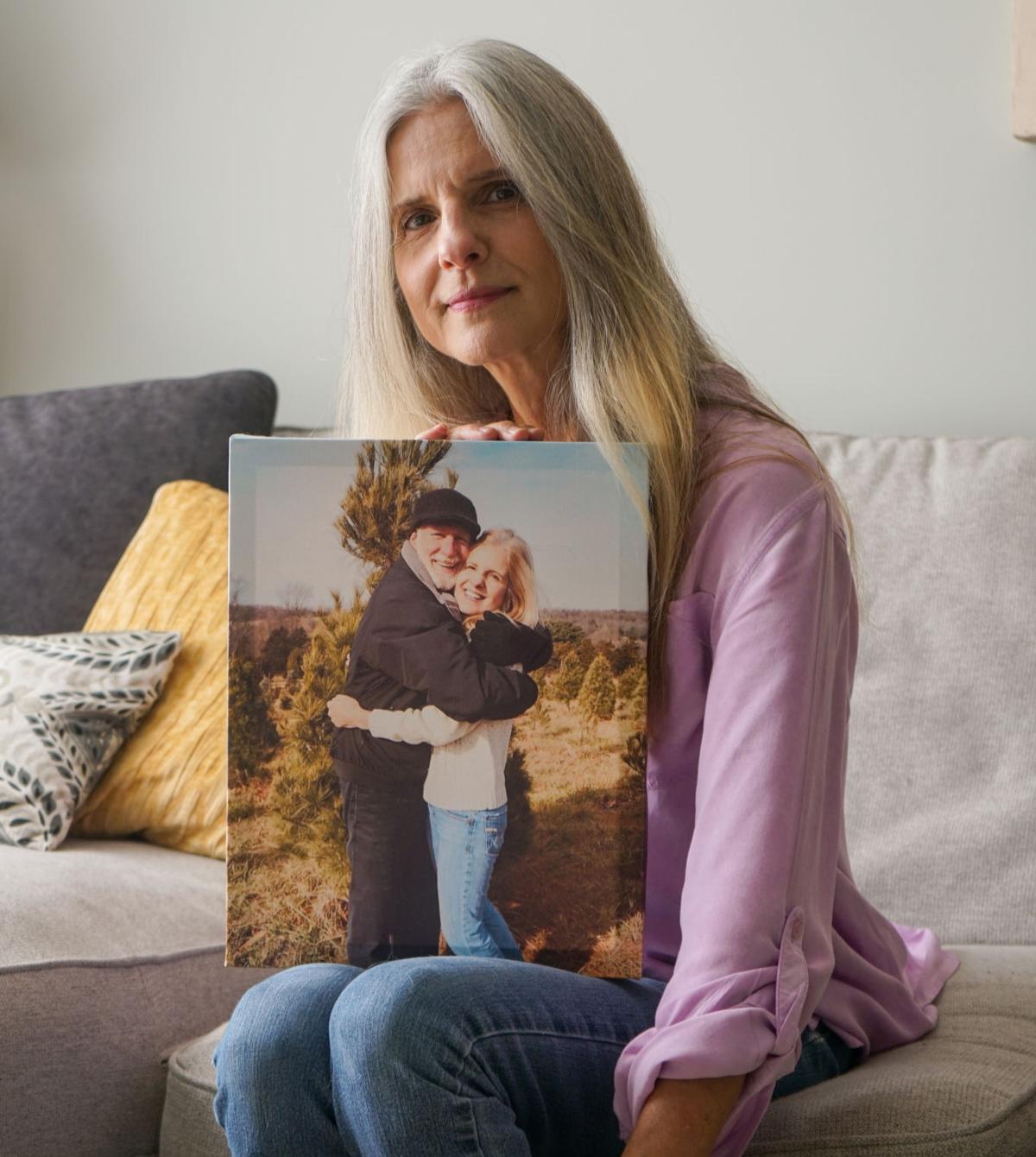 Susan Comfort, of Harrisonburg, holds a photo of her late husband, Duane, who died in January from Alzheimer’s. Susan and her family will participate in the Walk to End Alzheimer’s at James Madison University today. 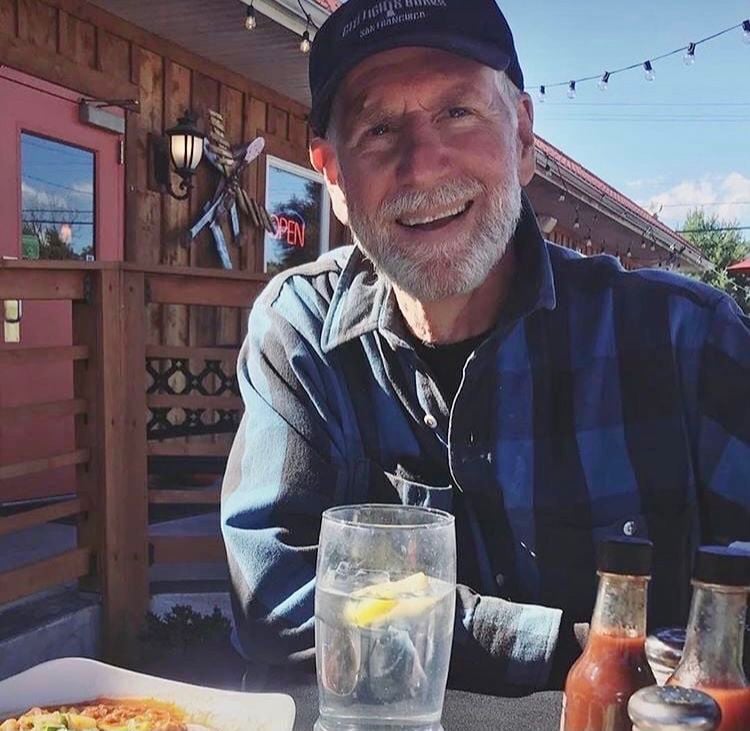 “He was just a really positive person, brilliant,” Susan Comfort says of her late husband, Duane.

Susan Comfort, of Harrisonburg, holds a photo of her late husband, Duane, who died in January from Alzheimer’s. Susan and her family will participate in the Walk to End Alzheimer’s at James Madison University today.

“He was just a really positive person, brilliant,” Susan Comfort says of her late husband, Duane.

For every Walk to End Alzheimer’s, a participant is given a colored flower that represents their connection to the disease.

Today, Susan Comfort and her family will receive a purple flower — the color for those who have lost someone to the disease.

In January, Comfort’s husband, Duane, died after a nearly seven-year diagnosis of Alzheimer’s.

“He was just a really positive person, brilliant,” she said.

“People would recognize him from all over the world,” she said. “He had a beautiful voice and he loved to sing.”

Sitting in the home they shared, Comfort said in Duane’s final year she “happily” quit her job to care for him and, despite the COVID-19 pandemic, they shared a good year together.

In the nine months since Duane’s death, Comfort and the family have been getting through each passing milestone, including what would have been Duane’s 69th birthday on Oct. 6.

“I had mentioned it to [Ashley] and she thought it was a great idea, a great way to honor his memory and his life,” Comfort said.

Comfort said she had never attended a Walk to End Alzheimer’s event before, but expected it to be an emotional experience.

Today, Comfort and nearly 20 other family members and friends will meet at James Madison University’s University Park to join others to raise funds and awareness for a breakthrough in the fight against Alzheimer’s and other forms of dementia.

“It’s going to be emotional, but we want to celebrate his life, not how the disease took him,” she said. “And I think it will be really powerful and important to also meet other people who have been affected by the disease, whether personally or through family and friends.”

According to the event’s website, more than 670 people signed up to participate as of Friday, and registration continued before the start of the walk.

Mary Sandridge, director of communications and marketing for the Alzheimer’s Association’s Central and Western Virginia and Greater Richmond Chapter, said the event has been held in Harrisonburg for more than 15 years and previously was known as the Memory Walk.

Michelle LaRose, a Walk to End Alzheimer’s manager, said the association had succeeded its fundraising goal of $105,000 for the event and numerous participants were coming from out of the area.

“We are so excited,” she said.

As of Friday, more than $112,000 had been raised to go toward funding local programs held by the Alzheimer’s Association, such as care consultations and a 24/7 help hotline.

LaRose said the biggest fundraising group so far is from JMU’s Sigma Kappa Delta Rho chapter, which has raised nearly $35,000. The sorority’s goal is to raise $65,000 for the association.

Sandridge said the fundraising doesn’t stop on walk day as donations will be accepted until Dec. 31.

The event is scheduled to start at 8 a.m. and an opening ceremony will take place at 9:30 a.m. Sandridge said, during the ceremony there will be live entertainment and the promise garden flowers will be passed around.

“Each person gets a flower that represents their connection to the disease,” she said. “It’s quite something to see.”

Besides the purple flower, Comfort’s family will also be carrying blue, yellow and orange flowers as Alzheimer’s has passed through Duane’s relatives.

Comfort said in more aspects than one, Alzheimer’s is very personal to her and Duane’s family.

“She said ‘When my grandpa Sider passed away from Alzheimer’s, I knew my dad and his brothers would be OK because surely a cure would be found by the time they were of age. But here we are, still searching and hoping to spare future generations,’” Comfort said.

Comfort and the Sider family raised more than $5,500 for the Alzheimer’s Association prior to today.

Comfort said Alzheimer’s and other dementia affects more people than others realize and a number of people are affected by the disease. By participating in the Walk to End Alzheimer’s, Comfort and her family can raise awareness, one step at a time.