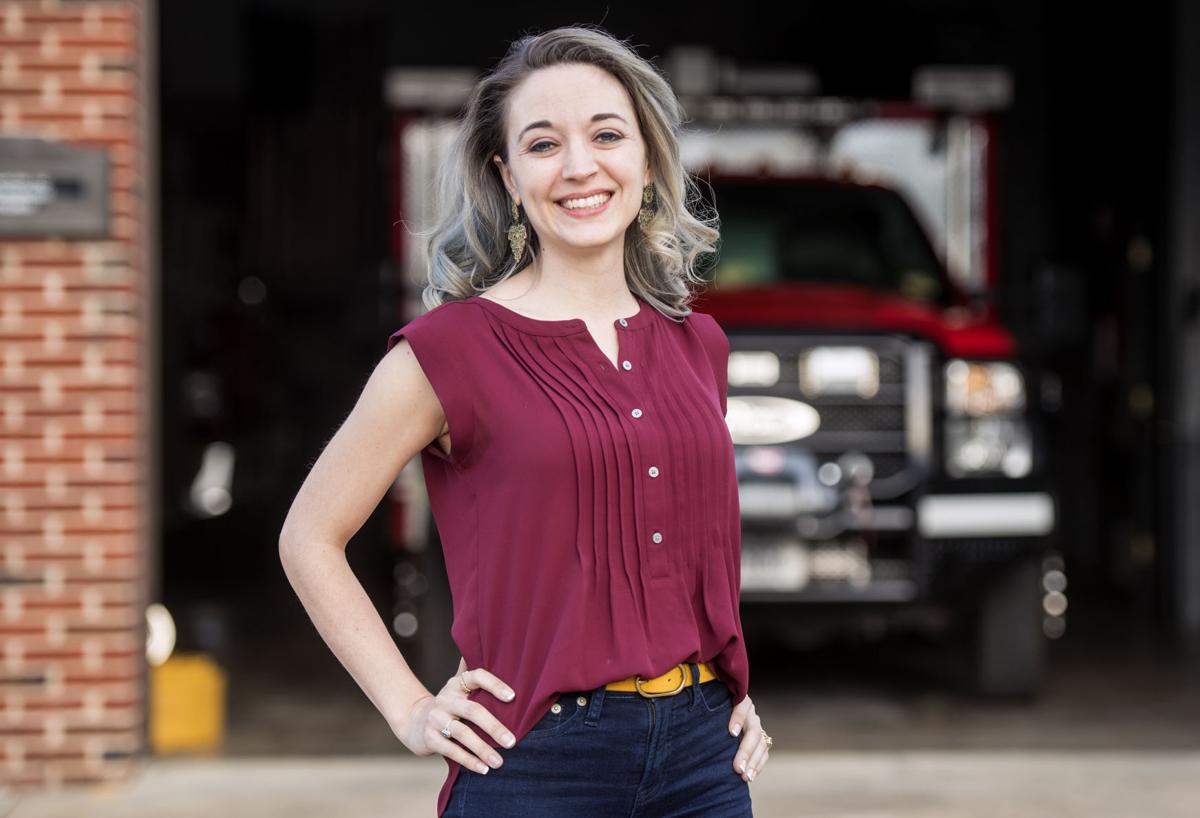 Timberville Town Councilwoman Natalie Sherlock poses for a photo in front of the town’s fire station in 2019. 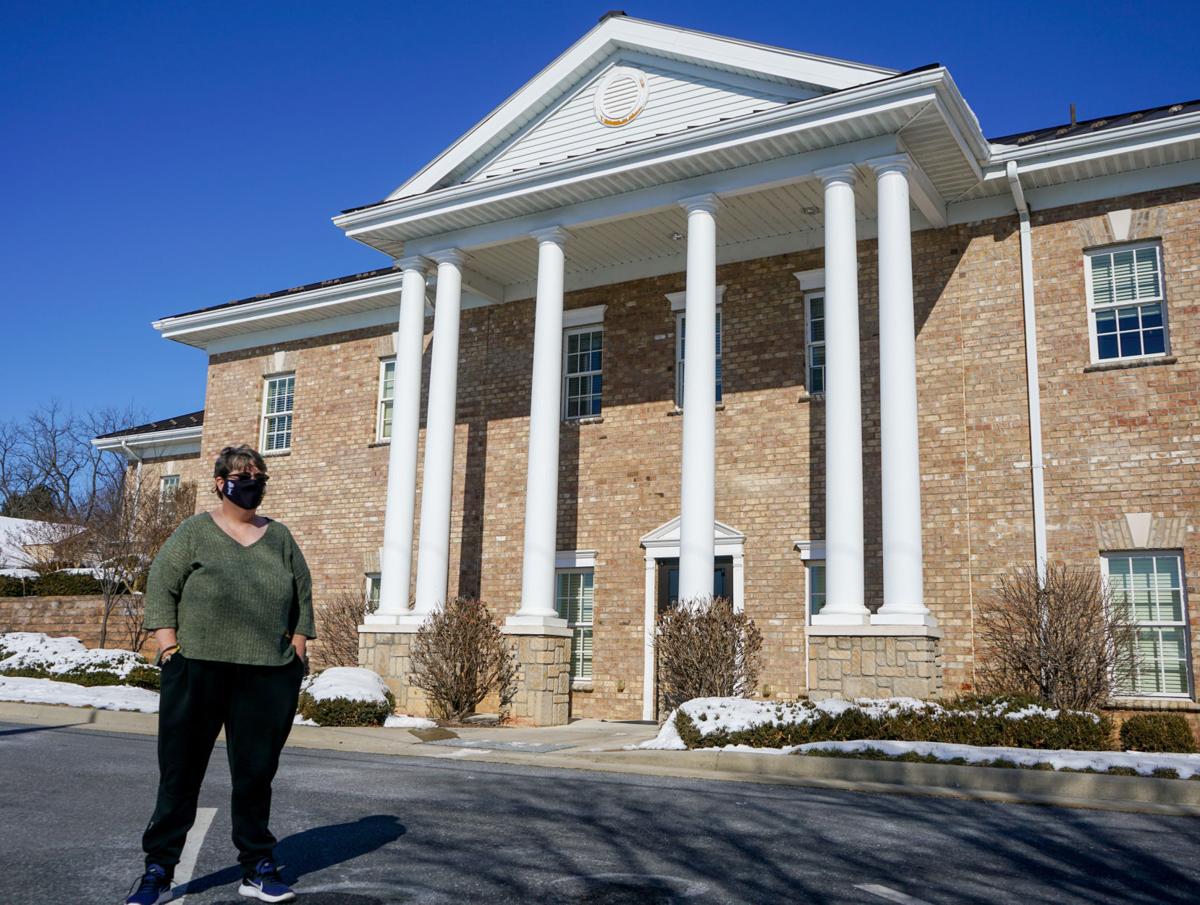 Dayton Councilwoman Emily Estes poses outside of Town Hall. Estes was elected in November and is one of three women to serve on the town council. 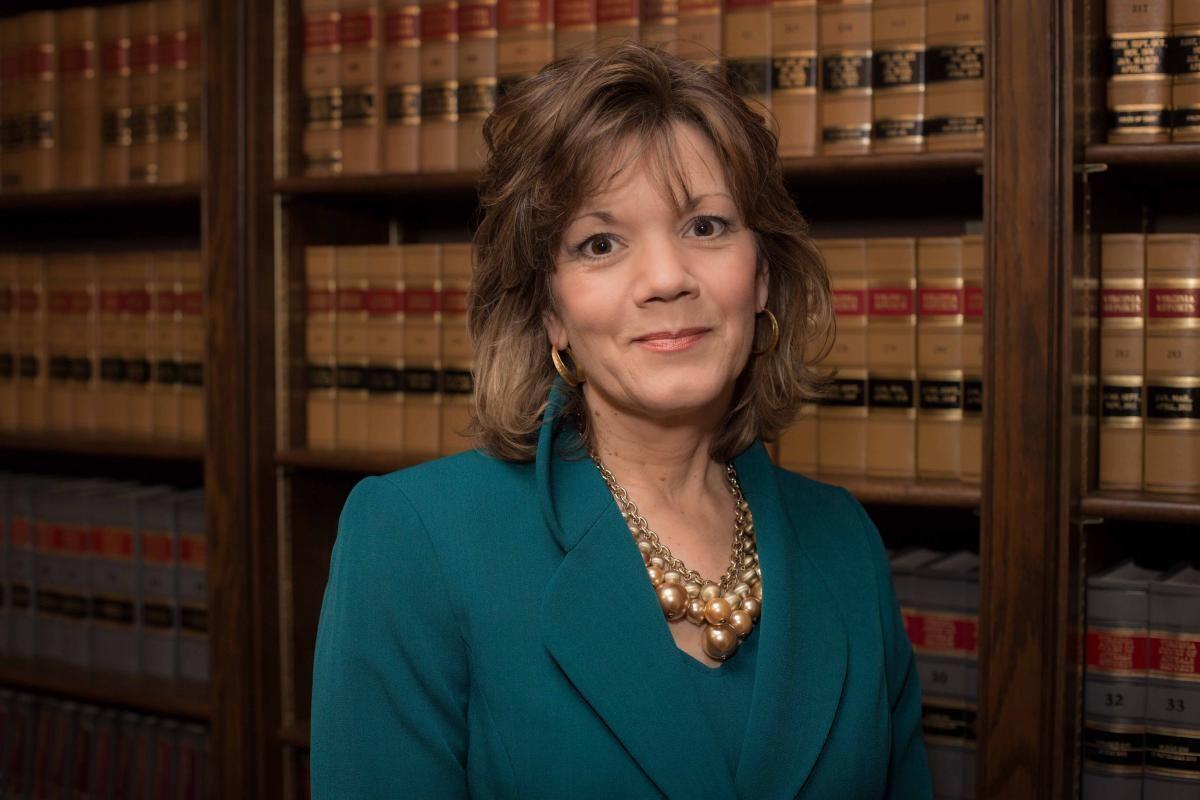 Dillina Stickley is the third woman to serve on Bridgewater’s Town Council, but currently the only one on the dais.

Timberville Town Councilwoman Natalie Sherlock poses for a photo in front of the town’s fire station in 2019.

Dayton Councilwoman Emily Estes poses outside of Town Hall. Estes was elected in November and is one of three women to serve on the town council.

Dillina Stickley is the third woman to serve on Bridgewater’s Town Council, but currently the only one on the dais.

When Emily Estes decided to run for Dayton Town Council in November, she wasn’t sure she would get elected.

A town resident for 48 years, Estes didn’t come from a political background, but had seen firsthand the “ups and downs” of the town, she said.

She wanted to start somewhere, and that push to run came from the 2018 election, when a record-breaking number of women ran and won seats in the U.S. House of Representatives.

“I was inspired,” Estes said.

And while more than half of Rockingham County’s population is female, according to 2019 data from the U.S. Census Bureau, women in elected positions are heavily outnumbered by men.

Only 29.1% of elected local officials are women. They fill 23 of 79 positions in Harrisonburg and Rockingham County, including constitutional offices and the Soil and Water Conservation District board of directors.

“It’s disappointing that the number is that low,” Estes said.

“There is starting to be a rise of women in politics, especially at the federal level, and I look for the less than 30% in Rockingham County to climb in the near future,” she said.

A lack of women representation in elected positions isn’t uncommon for the area.

Virginia ranks 29th in the country for women’s representation in state and federal government, according to Rutgers Center for American Women and Politics. Of the 140 seats in the General Assembly, 30% are filled by women. On the federal level, only three women fill seats in the U.S. House.

The governor, lieutenant governor, attorney general and both U.S. senators from the state are men.

On the local level, the ratio of male-to-female representation has been increasing over the last several years, but only by one or two seats each election cycle.

During the 2020 election, there were 48 people running for positions in Rockingham County and Harrisonburg. Of those who ran, only 13 were female.

Natalie Sherlock, who was elected to Timberville’s Town Council in 2018, said she was caught off guard by the fact that Timberville is only one of two towns with three women serving on council.

“It never really struck me that others aren’t like us,” she said. “Timberville has always been 50-50 since I’ve been on.”

Jones was first appointed to council in October 2001 after former Mayor Mac McCauley approached her about the position.

“I never thought about it at the time,” she said.

After being elected in 2002, Jones has served on town council for nearly two decades and is currently the longest serving councilwoman in Rockingham County.

Throughout her tenure, Jones noticed an increase in women serving on town council in other areas, but said women may not want to run because of the time commitment it requires.

“I have talked to other women and I think women are interested, but are busy with other things,” she said. “Women don’t have the time today like they did 10 years ago.”

Grottoes Mayor Jo Plaster said for her, running for office was all about timing.

“My priorities of being a mother took precedence above all else, even my professional career,” she said. “The responsibility of raising our sons and our daughters to be successful seems to be the highest of all offices to hold.”

Plaster and Harrisonburg’s Deanna Reed are the only female mayors out of eight posts in the city and county.

Plaster said she is the third woman elected mayor in Grottoes, adding that it’s “a testament to a small, conservative town that sees the value of qualification over gender.”

“And that’s something to be very proud of,” she said.

With Plaster resigning from her seat on council to become mayor, Grottoes is now the only town in the county without a woman serving.

“Seeing other people who look like you in leadership roles shows it’s possible,” she said. “And those leaders then show the way for younger people. When you don’t see those people it can feel like it’s not an option for you.”

Hoover was elected in 2020 and previously served on the town’s planning commission.

She said while it’s not uncommon for women to be public servants, she would like to see more women involved.

“Traditionally, many people have thought of governance as a man’s role and there has not been representation to show people who identify as women and people of color that they can and should be represented,” she said. “I know a lot of really competent, smart, hardworking women who are already in leadership roles in other ways — on boards, leading teams at work, leading whole organizations, leading households — and I know they would be savvy, thoughtful representatives, too.”

But running for office can also feel like a challenge within itself.

To qualify as a candidate for a local seat, some towns require a certain number of signatures to be obtained. Dayton and Mount Crawford are the only towns locally not to require petition signatures.

“You get these signatures by going door-to-door which is incredibly time consuming and a bit more difficult in this time of COVID to procure those signatures,” Stickley said. “I can tell you that the effort is well worth it.

Stickley is the third woman to serve on Bridgewater’s Town Council, but currently the only one on the dais.

Bridgewater, Broadway and Mount Crawford all have one female elected to their town councils.

Stickley said she would like to see more females in elected positions in the county, adding the area has a “huge pool of talented women who would serve well.”

On a higher level, Rockingham County Supervisor Sallie Wolfe-Garrison is the first woman on the board in more than 40 years. The last woman to serve as supervisor was Wanda Wilt, who held the District 1 seat from 1976 to 1977, when seats were a two-year term.

Wolfe-Garrison said having the opportunity to be appointed to the position first made her more inclined to run for the position again during the 2019 election. If being appointed wasn’t an option, she said she likely would have not ran at all.

“Local government was always interesting to me, but the election process terrified me,” she said.

Wolfe-Garrison said candidates, male and female, have to be at the right place in their life to step up and participate in any level of public service. Ultimately, it is a personal decision.

The District 2 Supervisor said she hopes those who are interested in serving take the opportunity to inquire about positions up for election and ask how to get involved.

Out of the nine women in elected positions the Daily News-Record spoke with, all said they would like to see more women run for office.

“Female voices can easily be heard,” Moubray said. “If a woman has the desire and dedication to make a difference through political representation, it is simple to get started in your local community and once you do that, the world is yours.”

I guess the reporter has no idea how easy it is to get elected...fairly or un-fairly.

An aside: Females are also seriously under-represented on the city’s sanitation trucks. This is a disparity that should be corrected – even if it takes an Executive Order requiring correction post haste. “NO EQUITY, NO PICKUP! NO EQUITY, NO PICKUP!”[yawn]

There are three Woman on each the Rockingham and Harrisonburg School Boards elected by their respective communities.

Simple solution: Determine the number of males who would have to be replaced with females and have that percentage of males self-declare and identify as female. Any criticism from that point on would justly be labeled bigoted, hateful, LGBTphobic, and just simply being a meanie.