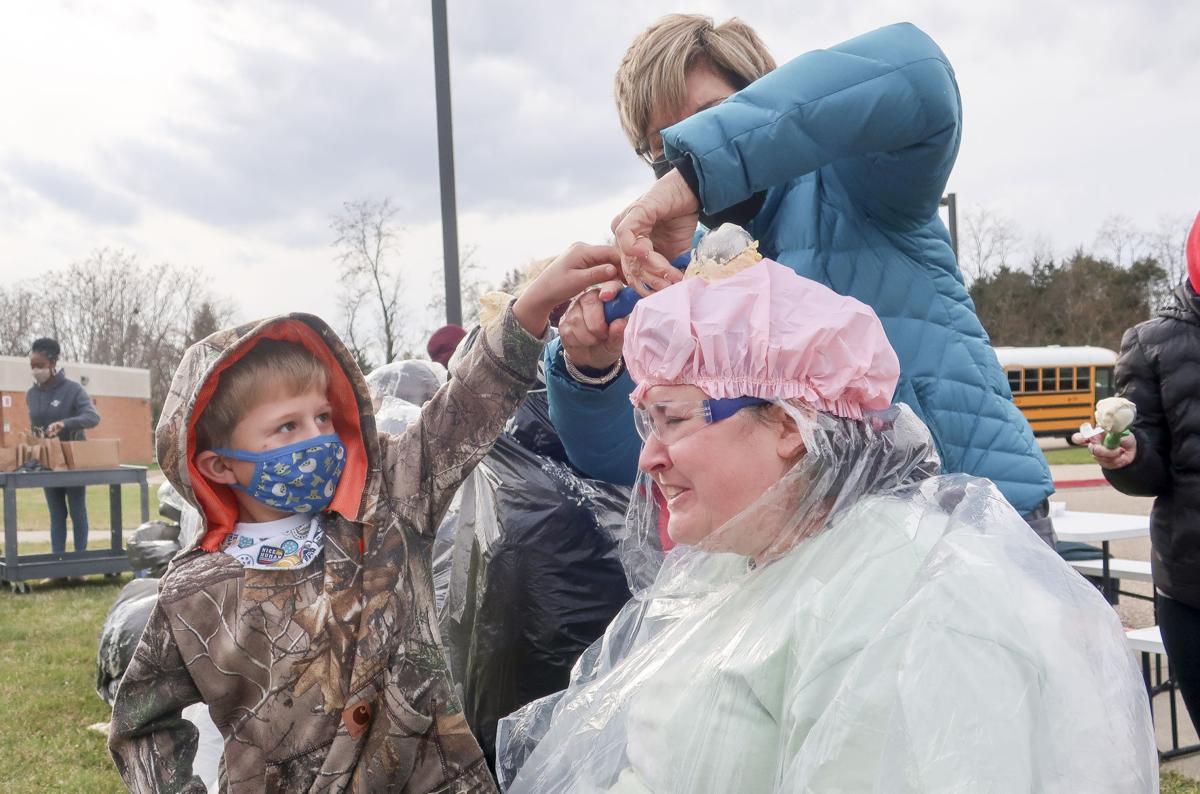 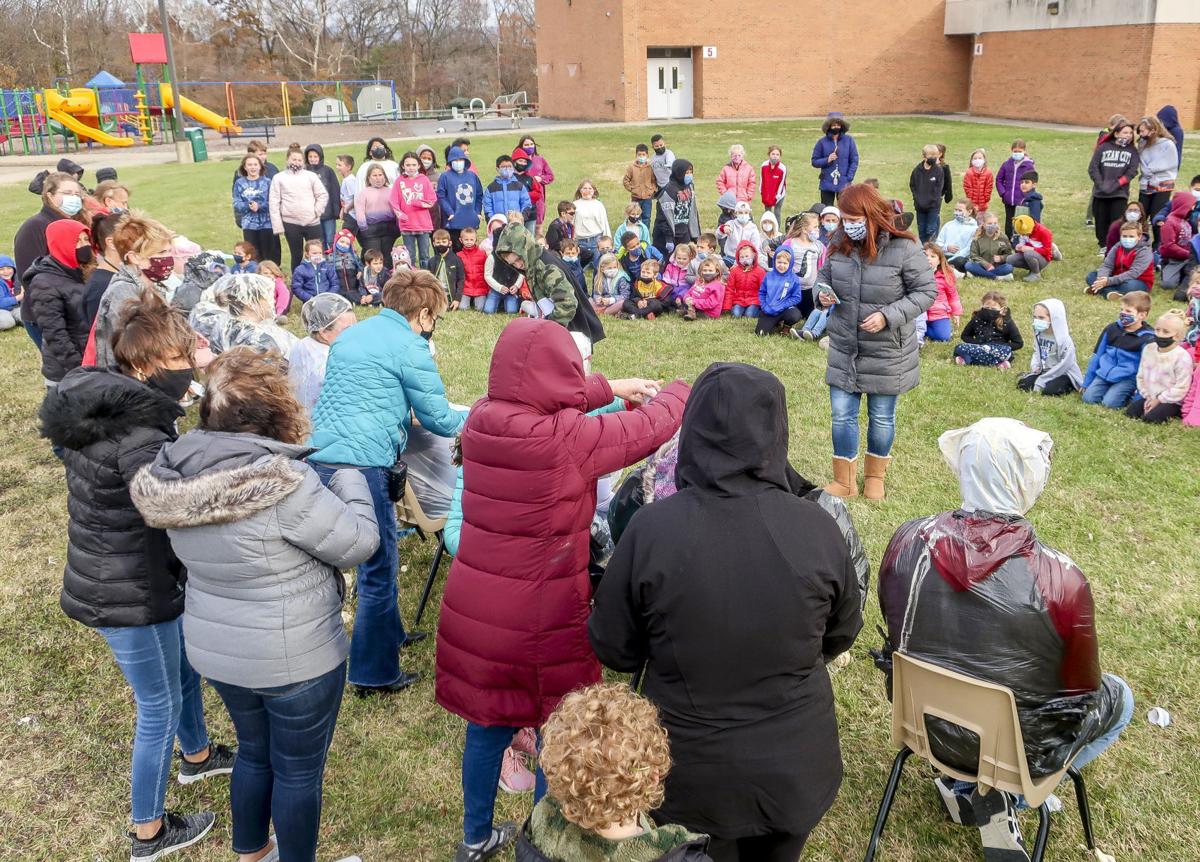 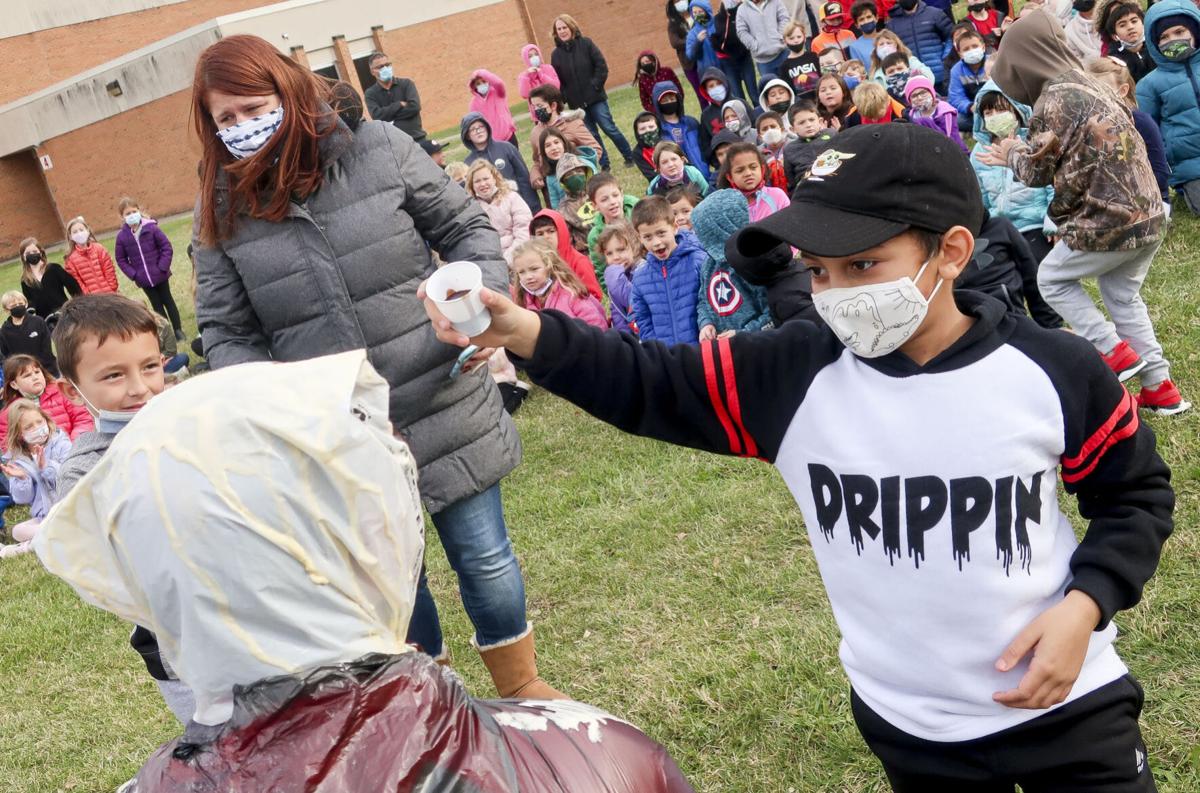 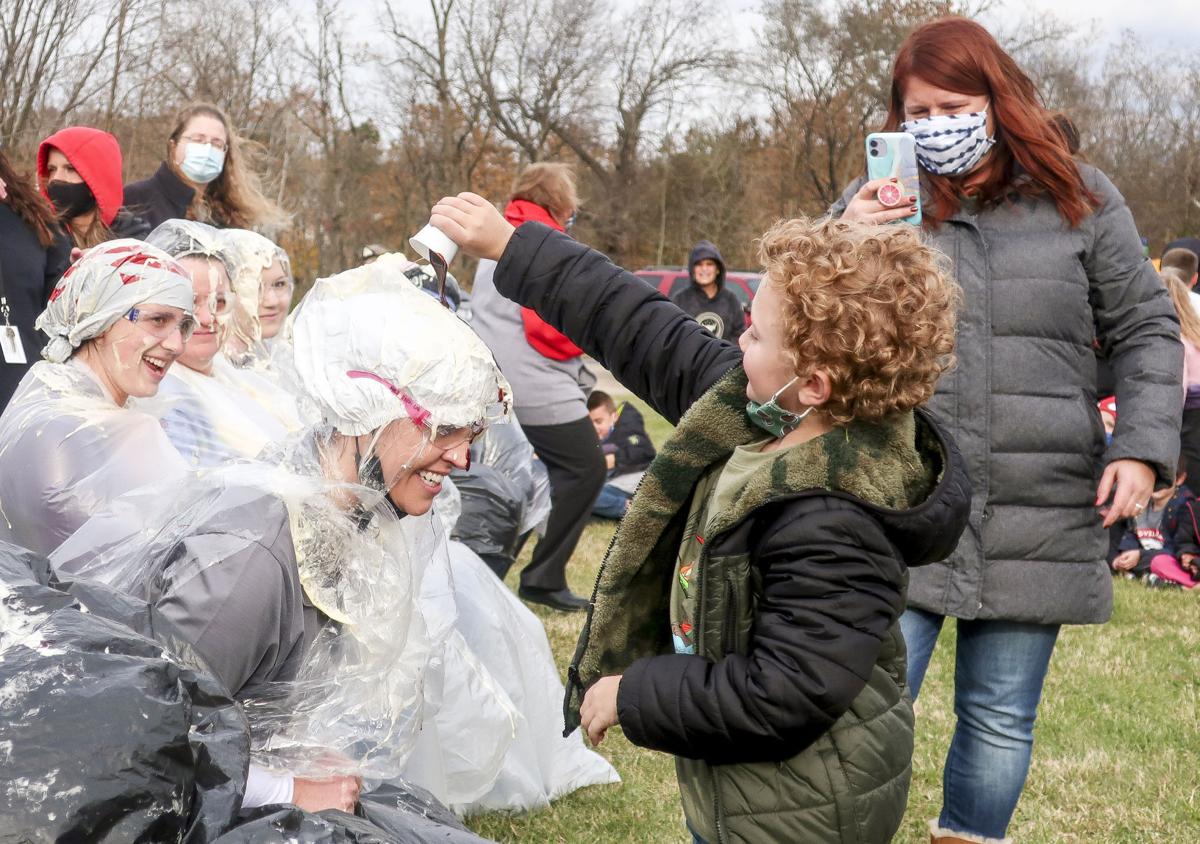 MCGAHEYSVILLE — The pride the teachers of McGaheysville Elementary School have in their students is evident by the fact that they let them pour ice cream on their heads in 40-degree weather.

On Monday, students got to turn nine of their teachers and administrators into walking ice cream sundaes after blowing away their fundraising goal of $5,000, Principal Leslie Kapuchuck said.

On a blustery day in front of the school the nine brave souls, clad in plastic ponchos and goggles, sat patiently as dozens of students took turns dumping vanilla ice cream, chocolate syrup, sprinkles, whipped cream and cherries on their heads.

The process was a long one, with five students at a time being called up to dump a topping on each of the nine heads. With five toppings, nine people and five students per topping per person, 225 students were able to take part in the “sundae-ing” of their teachers, which is almost every student in the school, Kapuchuck said.

“This was the first fundraiser the school has done in a decade,” she said. “So we weren’t sure what to expect.”

Virginia Diner, whose products students sold to raise money, told Kapuchuck that for a school of less than 250 students, $5,000 was a good goal to set.

But that turned out to be a very conservative number. In total students raised $15,000, all of which will go back into the classrooms. One student even raised $1,200 on her own and another student $990.

“It’s all going back to the teachers so they can afford the resources they deserve to make sure they provide a great educational experience for students,” Kapuchuck said.

While that’s a win for the students as well as the teachers, students were much more interested in watching ice cream and toppings drip down the faces of their teachers.

Despite the chilly day, the energy and excitement of students and teachers alike was palpable. And there was an added element that made it special as each students’ name was called, leading to cheers from their classmates.

It was a little less than a week ago that McGaheysville Elementary School dealt with a school bus accident that involved a train. Four students were taken to the hospital and released the next day. All four students were in attendance on Monday.

“They deserve to go home for Thanksgiving with something joyful to have celebrated,” Kapuchuck said. “Especially after the hard week last week.”