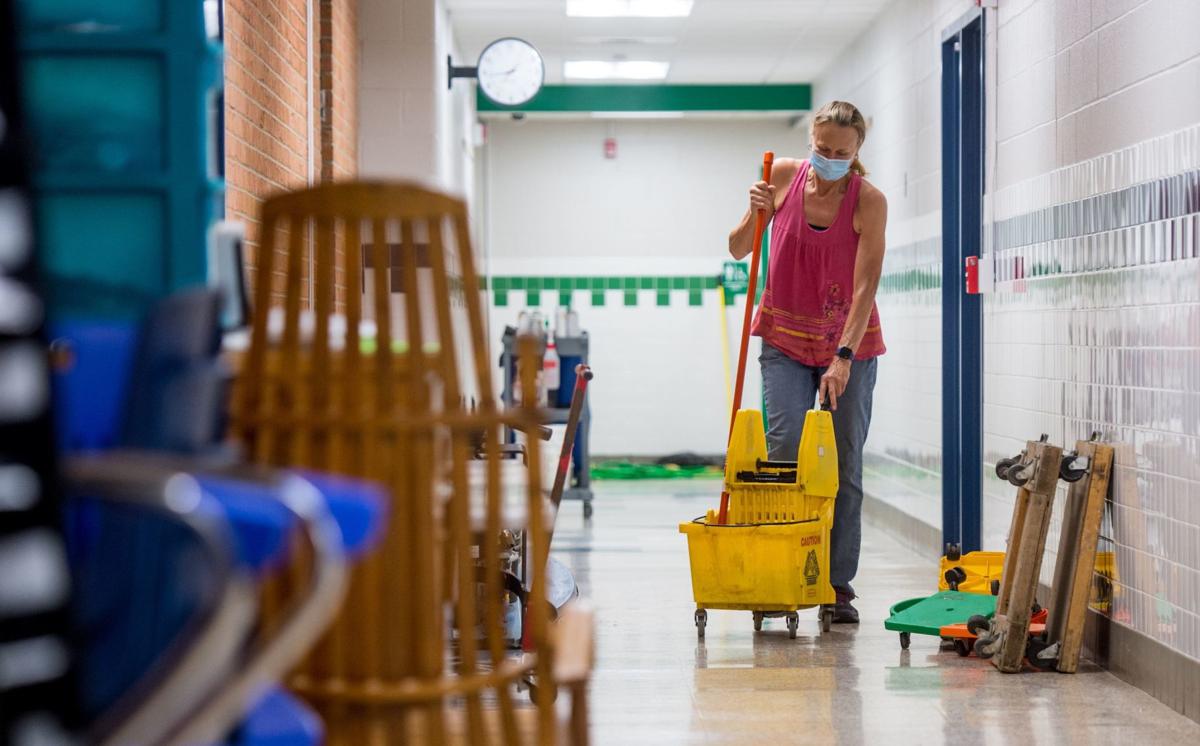 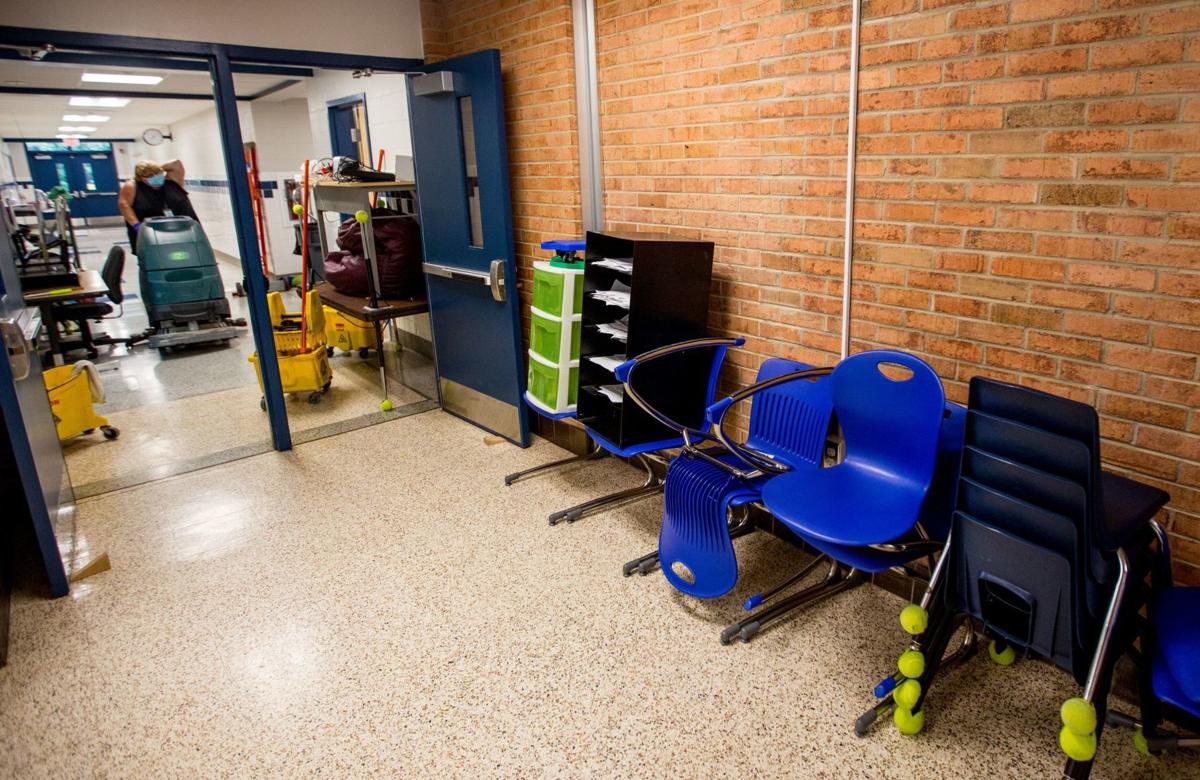 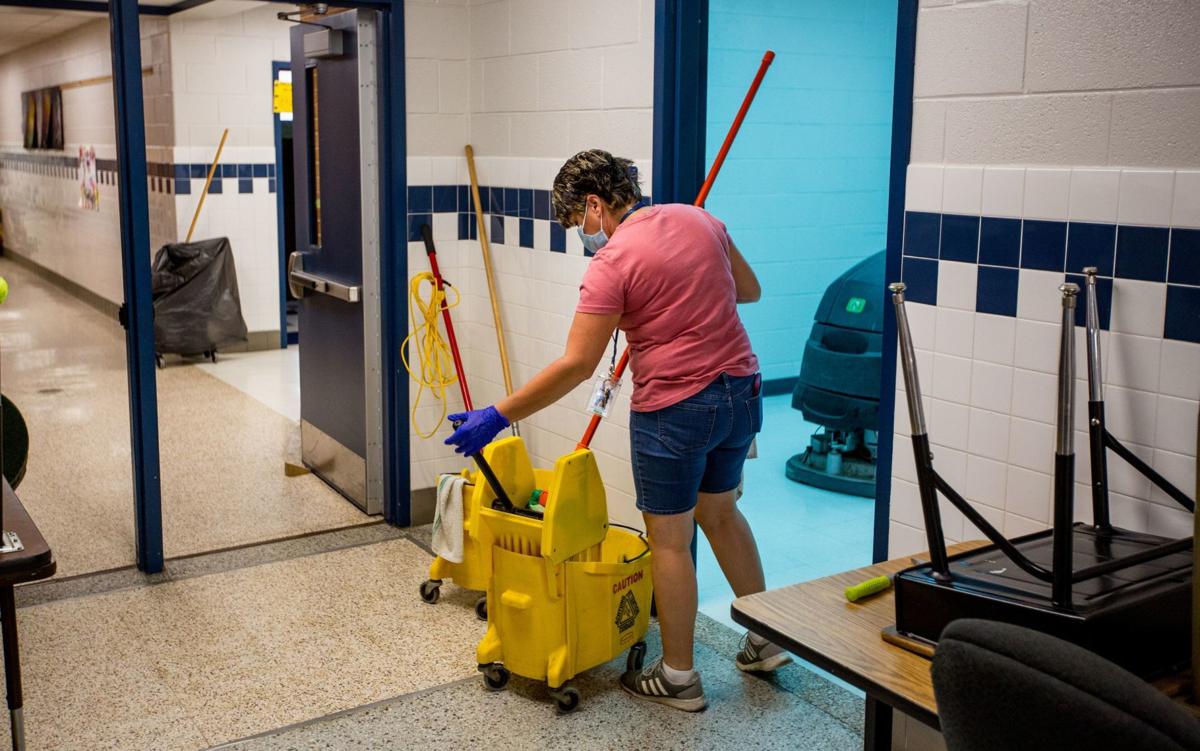 For the last three and a half months, area school buildings have seen little activity in comparison to the hustle and bustle that can be expected even in the summer months.

Once students were told they would not be returning to the classroom for the remainder of the 2019-20 school year, schools became ghost towns.

Eventually they began to reopen for some things, such as the making of bagged meals that have been handed out twice weekly since the pandemic.

But there have been custodians at each school during the pandemic to ensure that buildings remained clean and high-touch surfaces such as door knobs were clean, said Steve Reid, director of maintenance for Rockingham County Public Schools.

But as school divisions begin Phase 2 of reopening in earnest, which will allow various demographics of students to return to the classroom this summer for summer school, the flurry of activity to get the schools ready began this week.

“All 12-month employees came back to work this week in full force,” he said.

Prior to this week, only a handful of custodians were working full time. At the elementary level there would normally be only one custodian working. At the middle and high school level, there were a few more due to the size of the buildings.

For the past three and a half months, custodians have only been taking care of the basics that needed to be done. However, this week they have taken up their normal summer cleaning to get ready for school.

And the planning for this coming fall semester continues as well. A number of committees have been formed to figure out what school will look like in the fall to keep students and staff safe while complying with guidelines from the governor.

Reid is a member of the health and safety committee, which met for the first time Thursday. It will meet over the next two and a half months to get ready for school to resume fully as the school division enters Phase 3.