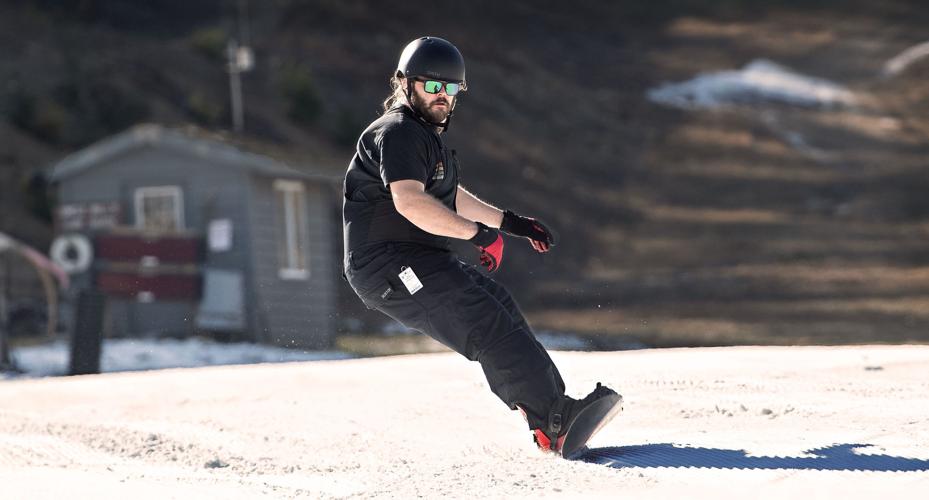 Kevin Anderson, of North Chesterfield, snowboards down the slopes of Bryce Resort on opening day Wednesday. Anderson was sporting a T-shirt as temperatures reached the 60-degree mark. 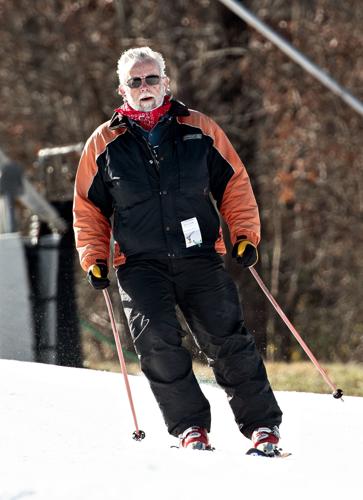 Rod Shepherd, of Mount Jackson, puts on the brakes as he skis toward the lodge. 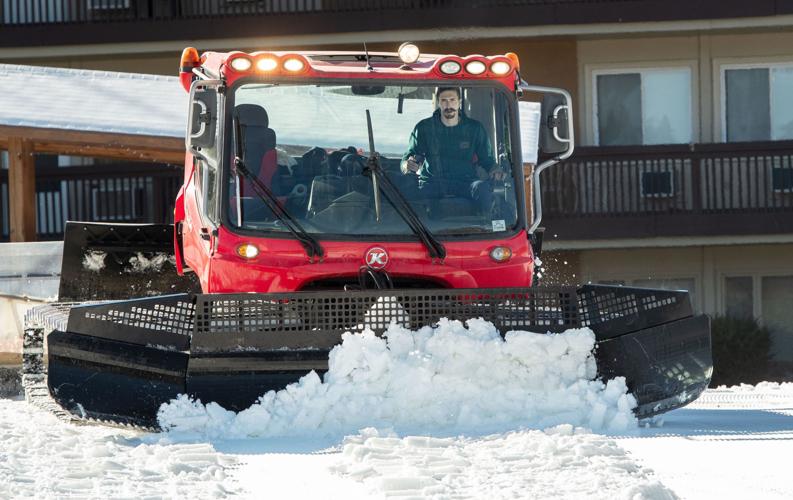 Kevin Anderson, of North Chesterfield, snowboards down the slopes of Bryce Resort on opening day Wednesday. Anderson was sporting a T-shirt as temperatures reached the 60-degree mark.

Rod Shepherd, of Mount Jackson, puts on the brakes as he skis toward the lodge.

Staff at Bryce Resort and Massanutten Resort took advantage of cold weather earlier this month to start making snow for the new season, providing rare opportunities for skiers, snowboarders and snow tubers to enjoy their respective sport on Thanksgiving Day and the holiday weekend.

“We’ve been making snow through the weekend,” Bryce’s general manager Ryan Locher said on Tuesday, the day before the resort’s planned soft opening to the public and two days before a members-only Turkey Day. “We had several good snow-making nights. We opened by Thanksgiving last year, too.”

Cooperation from Mother Nature via low temperatures has been rare this early in the season, however. Over the past 20 years, the resort was able to open only about six times for Thanksgiving, Locher said.

Located in Basye in Shenandoah County, Bryce Resort has a total of nine trails and seven lifts. To kick off this season, the Red Eye and Bootlegger trails are open for tubing, skiing and snowboarding.

The timing for when the other slopes will open “all depends on Mother Nature and cold temperatures” for productive snow-making, Locher said. “Hopefully the cold air (experienced last week) will return after a 10-day warming period. We look forward to having a great ski season.”

The season generally runs through mid- to late March, he said.

Over the past 50 years, the resort has been open only a total of about five times on Thanksgiving weekend, said Kenny Hess, the resort’s director of sports and risk management.

Massanutten Resort has a total of 23 trails and seven lifts. Typically, its season extends from early to mid-December and lasts through the third Sunday in March.

“We need the cold weather more than anything,” Hess said.