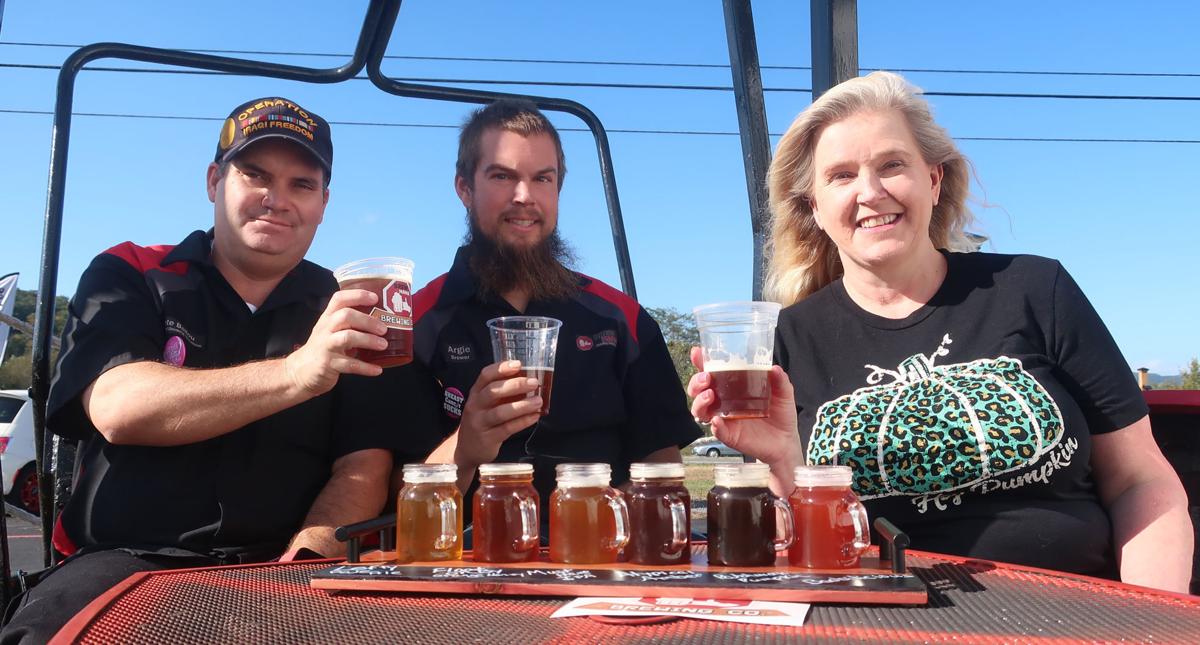 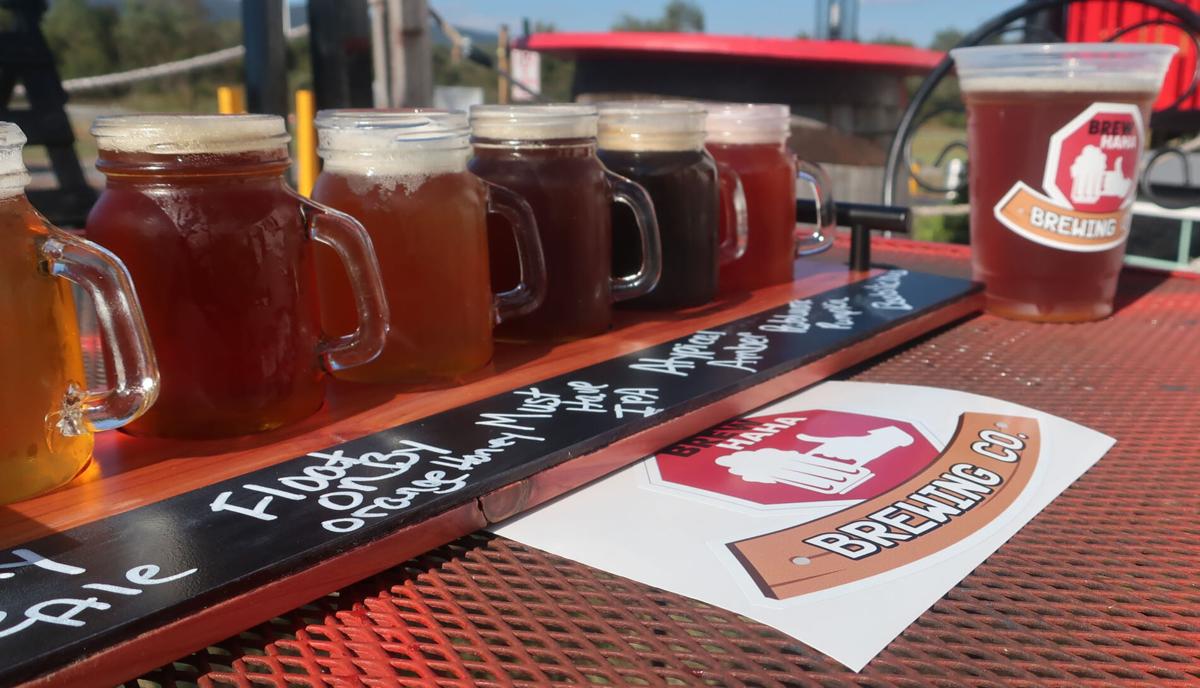 A flight of beers sits outside BrewHaHa Brewing Company in Elkton.

A flight of beers sits outside BrewHaHa Brewing Company in Elkton.

ELKTON — It’s time to strap in and hit the slopes down Massanutten Mountain because there’s a new brewery in town, and one ready for an après ski occasion.

The brewery held its official grand opening on Oct. 16 after nearly four years of planning, renovating and brewing the first beer selections. Tina Mann, with BrewHaHa Brewing Company, said she couldn’t believe the crowd they received on opening day.

“I was amazed at the number of people that came through that door, it was just unbelievable,” she said.

The interior and exterior of BrewHaHa Brewing Company features repurposed skis and snowboards turned into furniture and decorations. The beer tap handles are made from ski poles and each beer is rated by ski trail signs — green triangles, blue squares and the black diamond.

“All of our beers are actually ski themed,” said Pete Ballou, owner of BrewHaHa Brewing Company.

While the brewery’s location makes the ski-appearance fitting, the theme was picked from Ballou and brewer Aaron Argenbright’s love for the winter sport.

“Aaron and I are both National Ski Patrol members,” Ballou said. “Aaron does snowboard and bike patrol up at Massanutten Resort. I was there for 13 years, but transferred to Wintergreen Resort four years ago.”

Through their patrolling connections, Ballou was able to bring the ski-theme to life by taking broken ski poles and skis and giving them a new purpose.

The brewery’s second theme focuses on comedy — another interest of Ballou’s.

“There is a history behind BrewHaHa,” he said.

It also coincides with Ballou’s trademarked phrase, “Because bad beer is no laughing matter.”

In the long run, Ballou hopes to turn BrewHaHa Brewing Company into Elkton’s first comedy brewhouse, but for the time being the main focus remains on the beer.

“We get inquiries almost every week asking who the comedian is and what I keep telling them is if we don’t put out good beer, you won’t have a reason to come out anyway,” he said. “Our focus right now is beer.”

Ballou said they try to do a “variety of everything” in order to appeal to any beer connoisseur.

As of Thursday, there are seven beers on tap, including a variant to the brewery’s A Must Have IPA to honor Breast Cancer Awareness month in October.

The variant, called “Boobilicios,” is a bubble gum IPA that benefits the organization We R Tickled Pink. Ballou said every sale of the beer will go toward the Virginia Breast Cancer Foundation.

Although every beer is Ballou’s favorite, there is one in particular that holds a special meaning — the Float On By orange honey pale ale.

Ballou said when he proposed to his wife, he told Argenbright he wanted to brew a beer for her.

“He helped develop a recipe for me that we used real honey and real oranges and I named it Engage, like Star Trek,” he said. “At the wedding it was modified by somebody else and we renamed it He Made It So.”

Ballou said a month before the wedding, however, they participated in the Fireball Dash and Splash to benefit the Epilepsy Foundation. Ballou said the event is a 1-mile race followed by a 1-mile float down the Shenandoah River in an inner tube.

“She floated past the exit and had to be rescued by the Swift Water and Tech Rescue team,” he said. “So I was like ‘float on by,’ that would be a good name for a beer, so that’s what we changed it to.”

On top of entering the Shenandoah Valley’s beer scene, Argenbright said they are trying to produce the cleanest beer in the area.

“And we are being recognized for that,” he said.

Ballou said he believes the brewery is the only one locally to use RO, or reverse osmosis, water.

RO is a type of water filtration that reduces contaminants through a multi-stage filter. The process results in cleaner and safer water for drinking and cooking.

Ballou said the benefit of using RO water is having a crisp, clean base to the beer-making process.

“It’s a bare slate and Aaron adds back in, based on the brew, the minerals that we need,” he said.

Ballou said what also helps the brewery stand out is its location.

“We are smack-dab in the middle of tourism here,” he said.

Mann said she couldn’t imagine the brewery being located anywhere else but off Spotswood Trail.