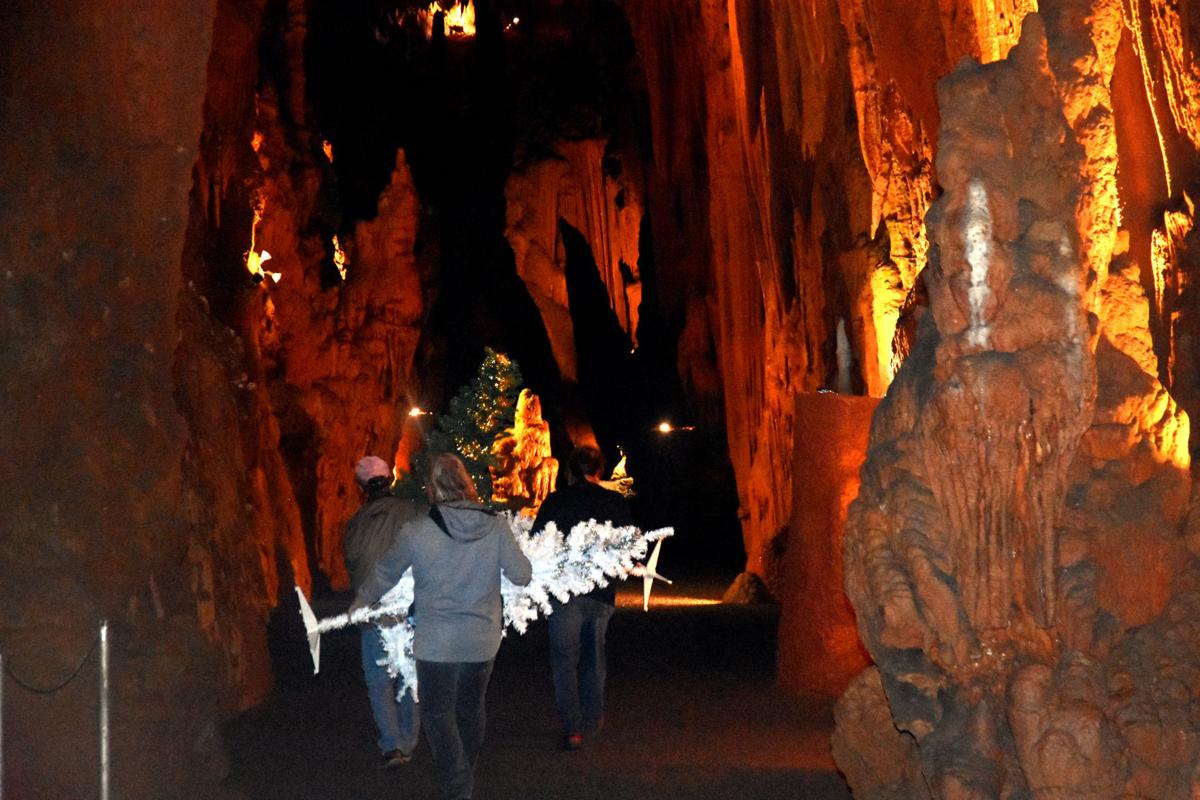 From left, Charlie Gutberlet, Donnie Mix and Mark Keeler, all the with the Grottoes Ruritan Club, walk Christmas trees to their spots inside Grand Caverns on Wednesday in Grottoes. 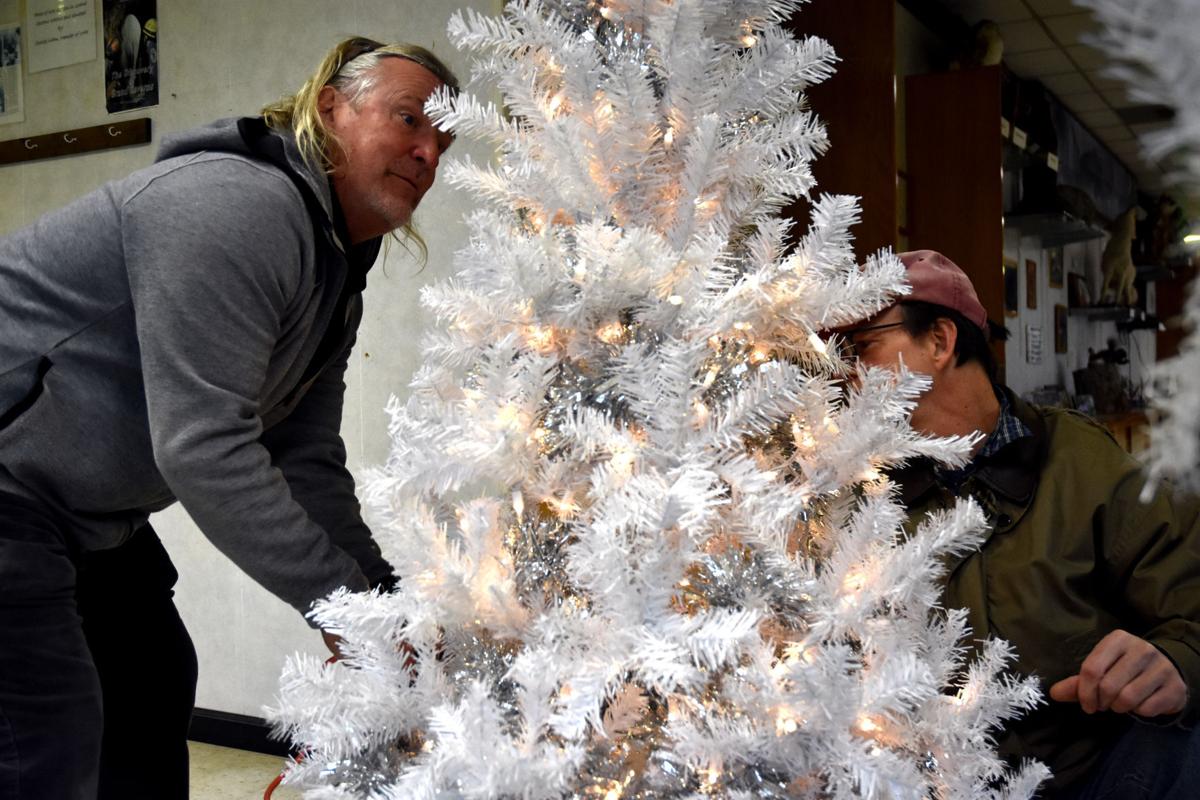 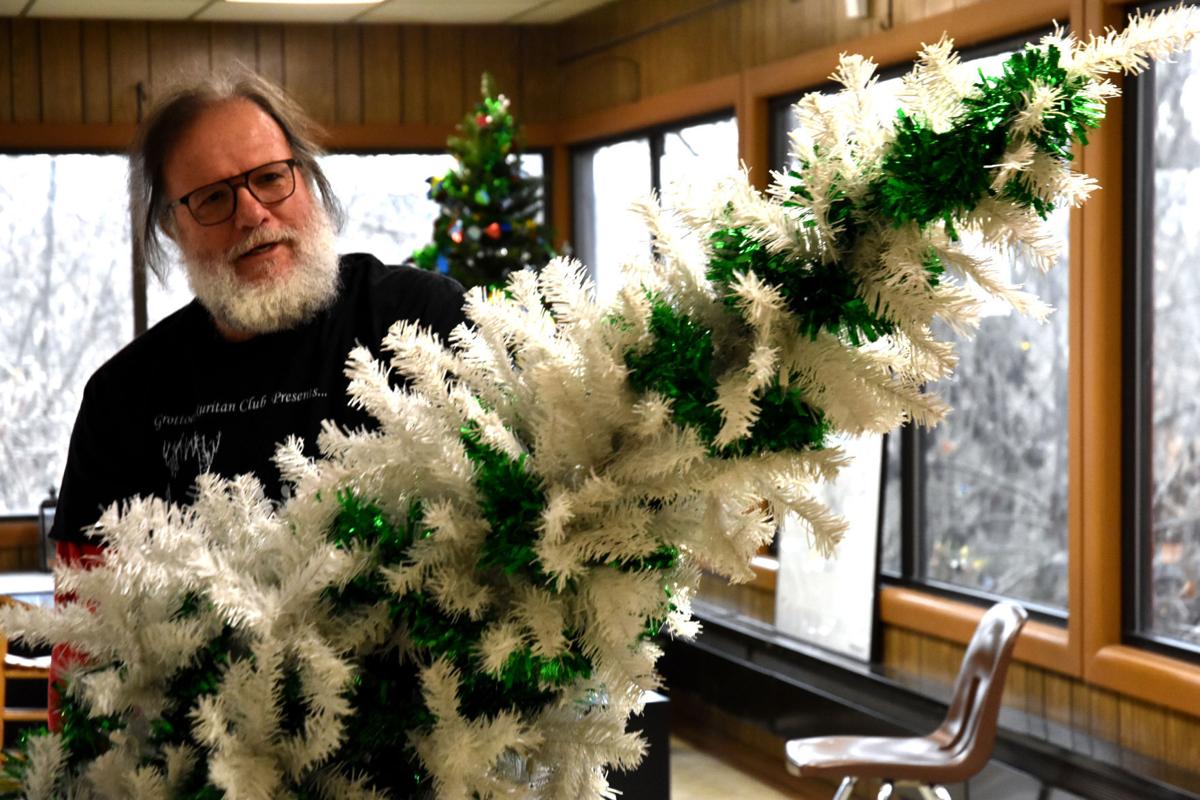 Mark Keeler, with the Grottoes Ruritan Club, picks up a tree before heading inside Grand Caverns on Wednesday in Grottoes. 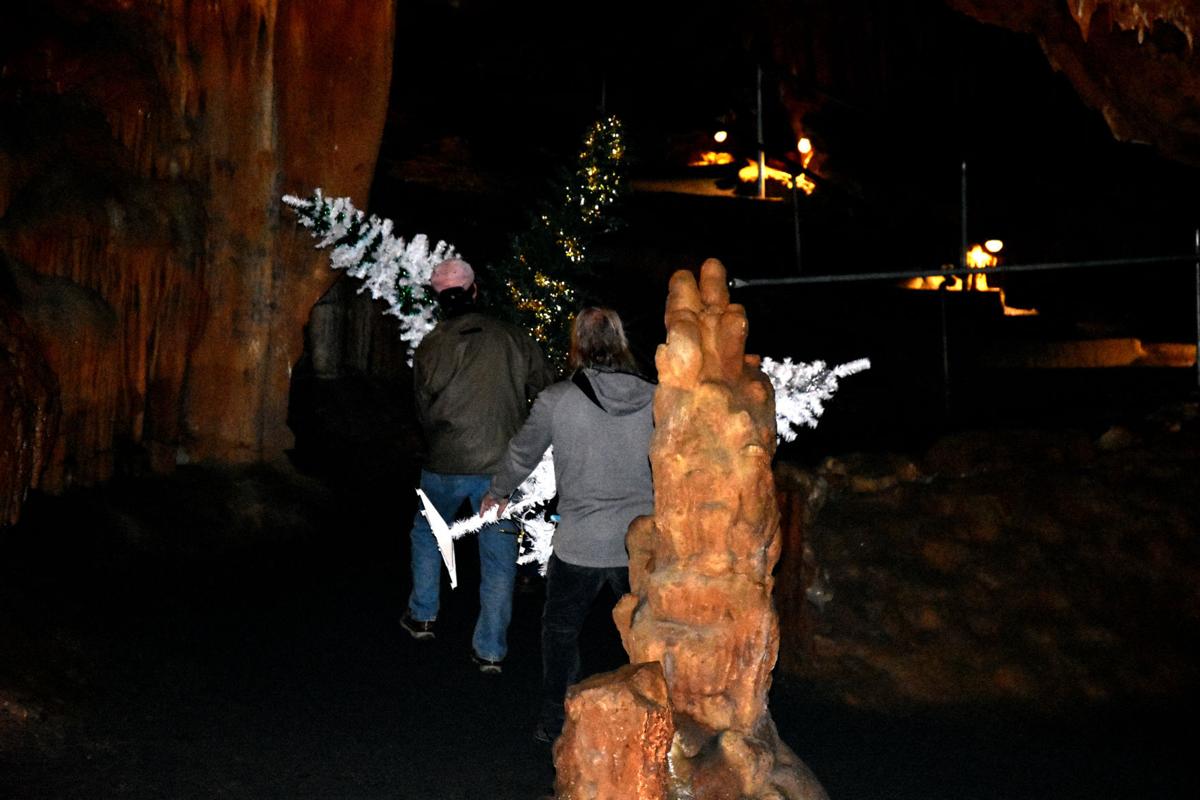 From left, Charlie Gutberlet, Donnie Mix and Mark Keeler, all the with the Grottoes Ruritan Club, walk Christmas trees to their spots inside Grand Caverns on Wednesday in Grottoes.

Mark Keeler, with the Grottoes Ruritan Club, picks up a tree before heading inside Grand Caverns on Wednesday in Grottoes.

Have you ever wanted to listen to music in the heart of an underground cavern? Ever wanted to do that without having to travel?

This holiday season your dreams come true with the Grottoes Ruritan Club’s annual Caroling in the Caverns, an event held on three consecutive Saturdays at Grand Caverns in Grottoes.

This is not a new event, but popularity has caused it to evolve, and this year the event is not one night but three, said Mark Keeler, president of the Grottoes Ruritan Club. Getting featured in Southern Living magazine will do that to an event.

“We were getting numbers that were sort of overwhelming,” Keeler said. “For both the caverns and the area there.”

Thousands would turn up for the previously one-night event and wait in long lines to get into the caverns and walk through them to hear the live music playing. This was pre-pandemic, and like everything else, the pandemic has caused this event’s organizers to rethink how it should be presented.

For the first time, Caroling in the Caverns will be offered on three Saturdays — Dec. 4, Dec. 11, and Dec. 18 — and will feature three 40-minute tour times. Each tour slot can accommodate 50 people, including adults and kids, and therefore 150 people a night, and up to 450 people in total.

Advance tickets are required, but if someone shows up without a ticket the night of and the tour isn’t full, they will be accommodated, Keeler said.

The event is a fundraiser for the Ruritan Club, as well as a chance to gather donations of school supplies for the South River Elementary School Boys and Girls Club.

“That’s one of the highlights, seeing kids drop off donations to other kids,” he said.

Performing this Saturday is Cantore Men’s Acapella, made up of eight men from all walks of life. Their repertoire is primarily sacred and draws from a variety of styles and traditions, from standard religious choral works, international, classical, bluegrass gospel, spirituals, folk, hymn arrangements, and a few pop and secular numbers.

Performing on Dec. 11 is the ever-popular bagpipe group The Shenandoah Pipe Band. The Shenandoah Valley Pipe Band was founded in early 2009 by pipe major Kathy Boyer, several of her piping students, and a small group of drummers who had never before played the highland drums.