From left, Jane Cooper, of Fulks Run, her grandson Remington Shoemaker, of Timberville, and friend Kenneth Shirkey, of Harrisonburg, look through the variety of lamps made from reclaimed objects by Bobbie’s Barn at the Timberville Christmas Village in November. 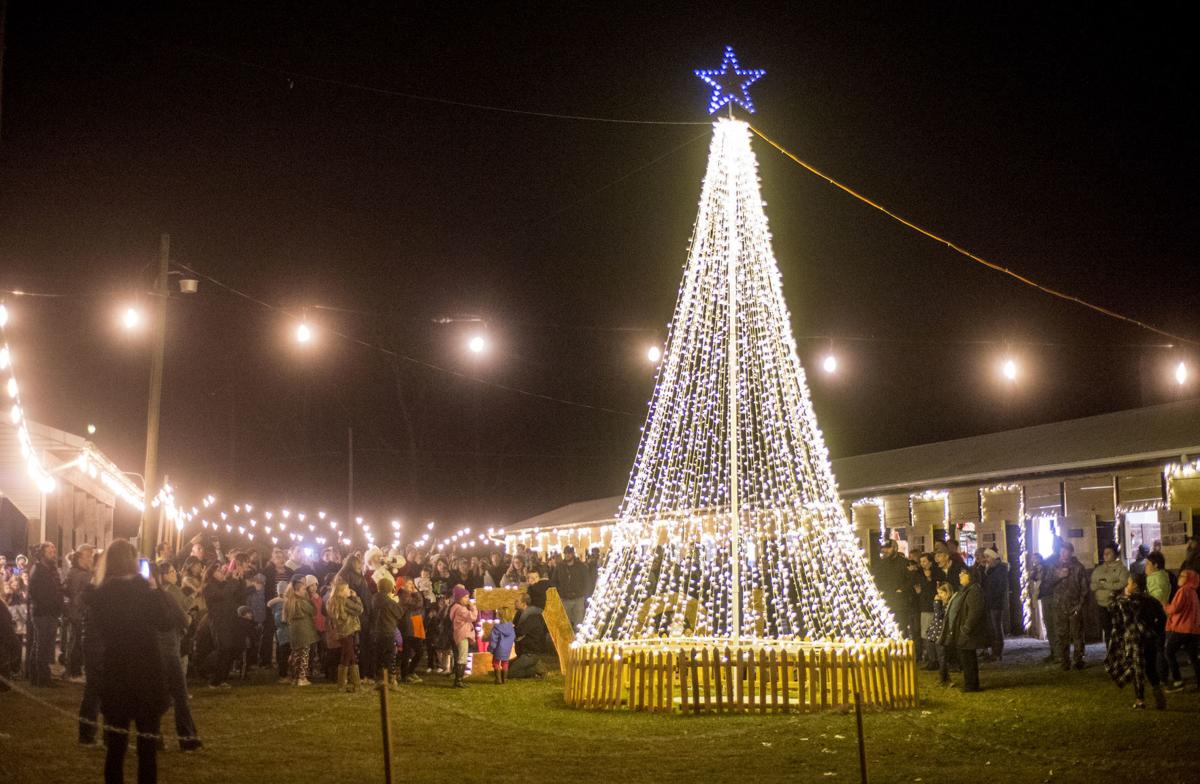 A crowd gathers to watch the tree lighting at the Timberville Christmas Village on Nov. 30.

From left, Jane Cooper, of Fulks Run, her grandson Remington Shoemaker, of Timberville, and friend Kenneth Shirkey, of Harrisonburg, look through the variety of lamps made from reclaimed objects by Bobbie’s Barn at the Timberville Christmas Village in November.

A crowd gathers to watch the tree lighting at the Timberville Christmas Village on Nov. 30.

The Timberville Christmas Village may have had only two years under its belt, but it’s been calling a big crowd as attendance nearly doubled since opening.

Shea Alexander, a Timberville resident and master planner for the event, told Town Council members during their Thursday meeting that attendance reached close to 10,000 compared to the village’s first year, when the number was between 5,000 and 6,000.

“The Christmas Village was a huge success in our eyes,” Alexander said. “We are pleased with attendance.”

The Christmas Village was organized by CART, a volunteer-based nonprofit that created the attraction in 2018 as a platform to uplift local craftspeople and serve as a place to gather and recognize the small town’s touristic potential.

Ned Overton, a town councilman and member of CART’s board of directors, got the idea for the village from a town in South Dakota where a group of teenagers used small sheds to create a Christmas village.

With more than 25 vendors last year, Alexander told council members that the Christmas Village made $67,000 in total sales and raised $27,000 for capital projects.

“There were a lot of donations,” he said.

Despite being two weeks into the new year, planners are already looking to this year’s Christmas Village.

“Looking in to 2020, we are looking at where are we going to be next year,” Alexander told council members.

Plans are beginning to take shape for American Legion Park, located next to Plains Elementary School, the new spot for the holiday village. Overton said in a previous interview with the Daily News-Record that the 6-acre plot would be used to bring out-of-towners into Timberville.

Alexander said there would be a request to use the building again from 2020 to 2024, saying, “We don’t plan on stopping.”