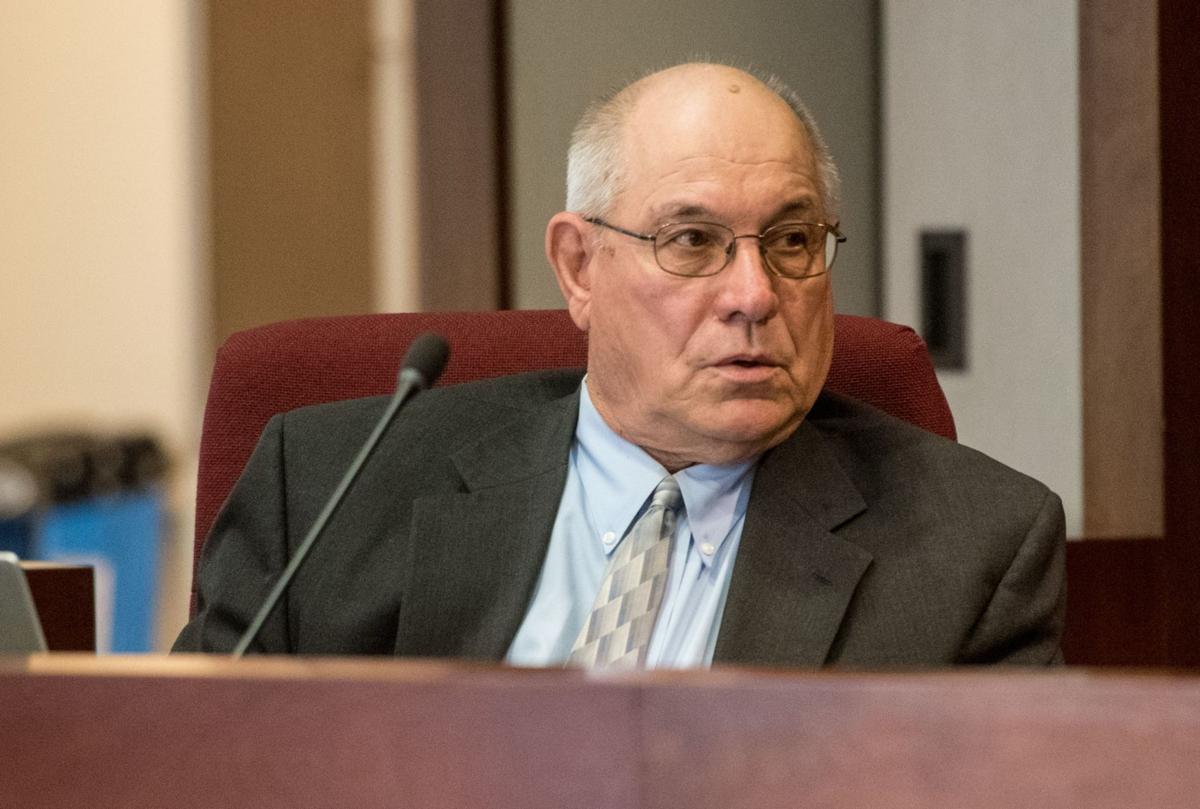 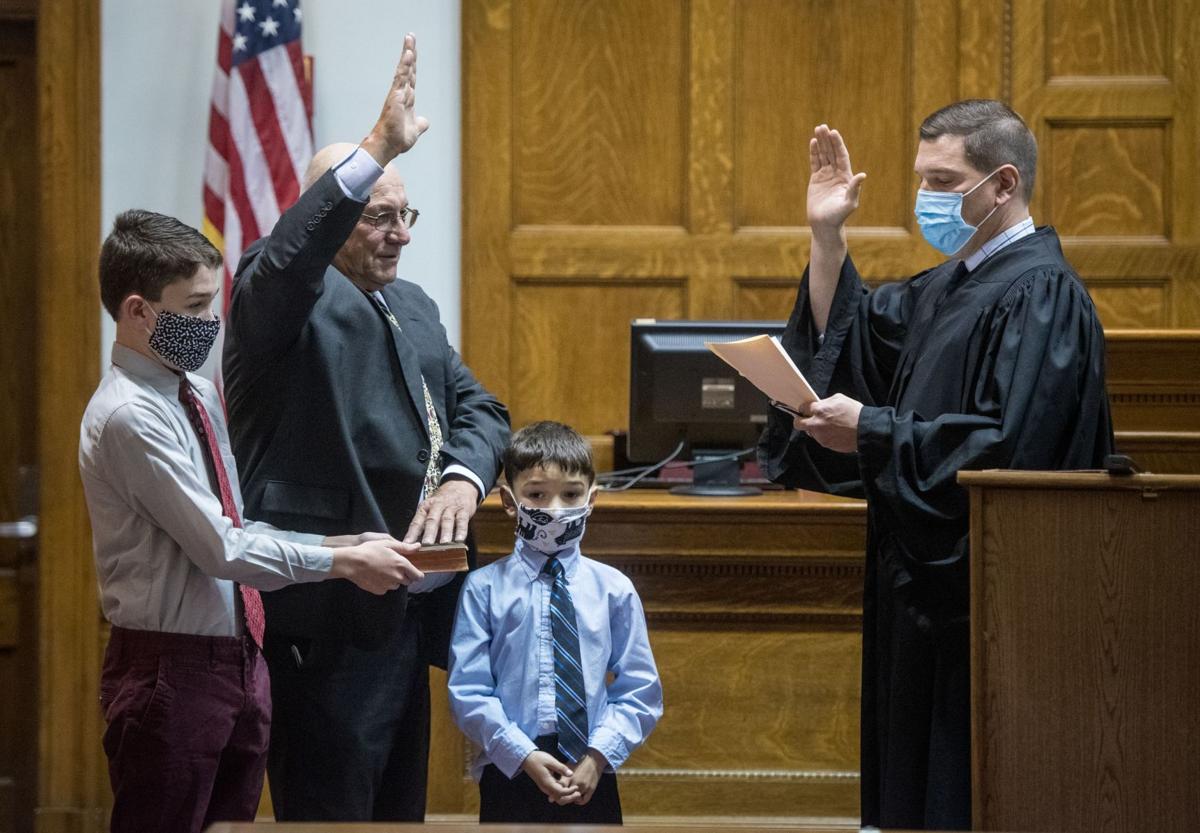 Rockingham County District 1 Supervisor Dewey Ritchie, left, is accompanied by his grandsons Romney, left, and Eston Ritchie, as is sworn in by his son, Judge Clark Ritchie, in the Rockingham County Circuit Courtroom on Nov. 12. 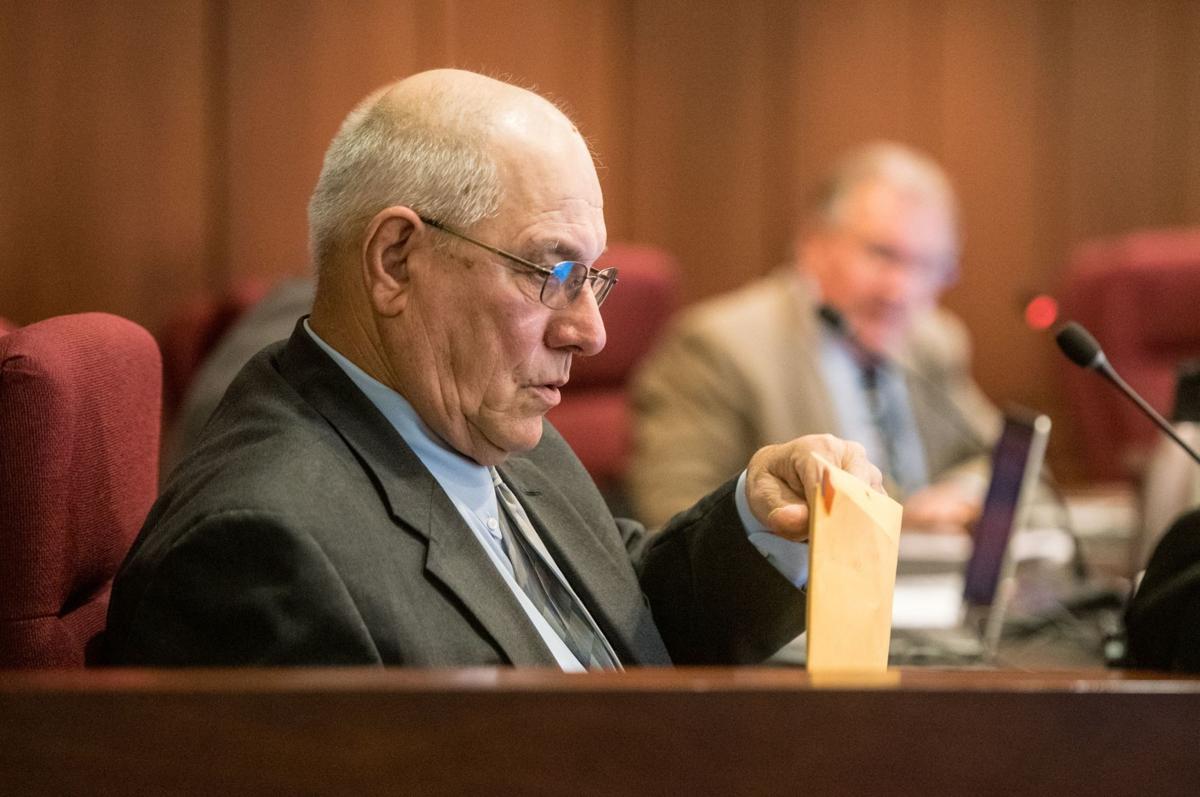 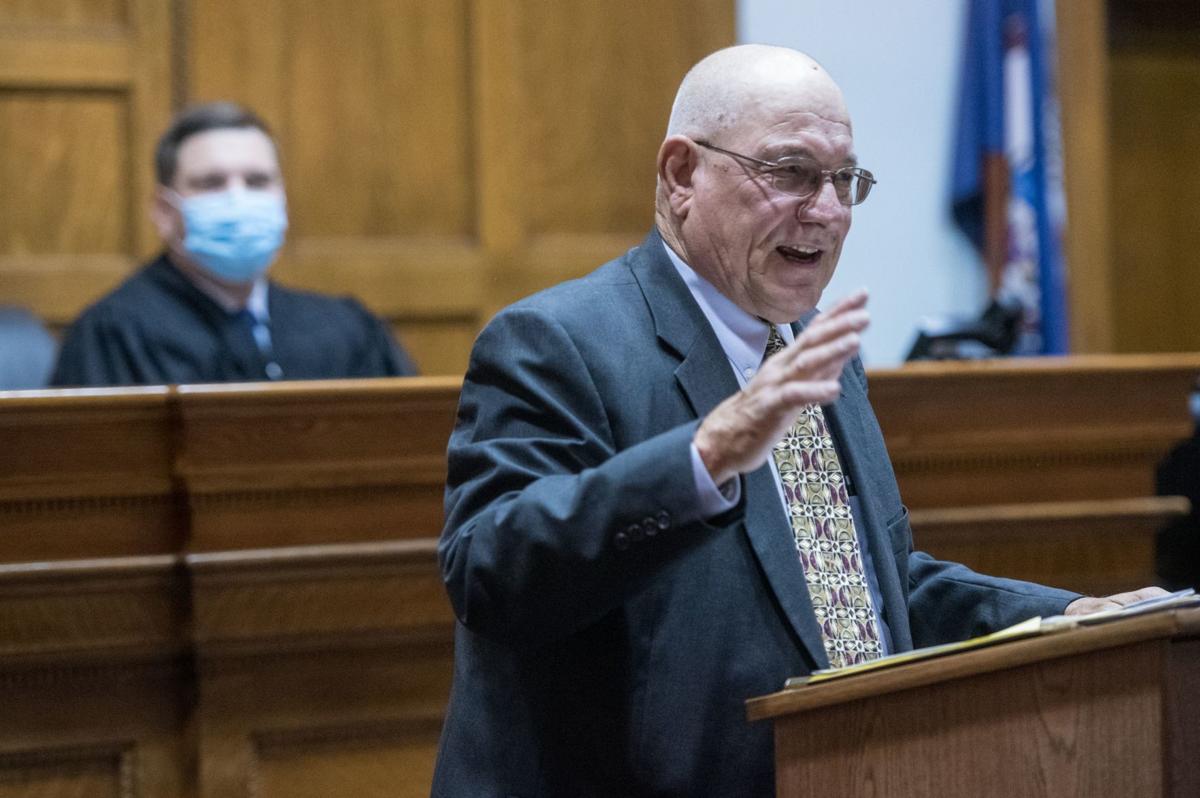 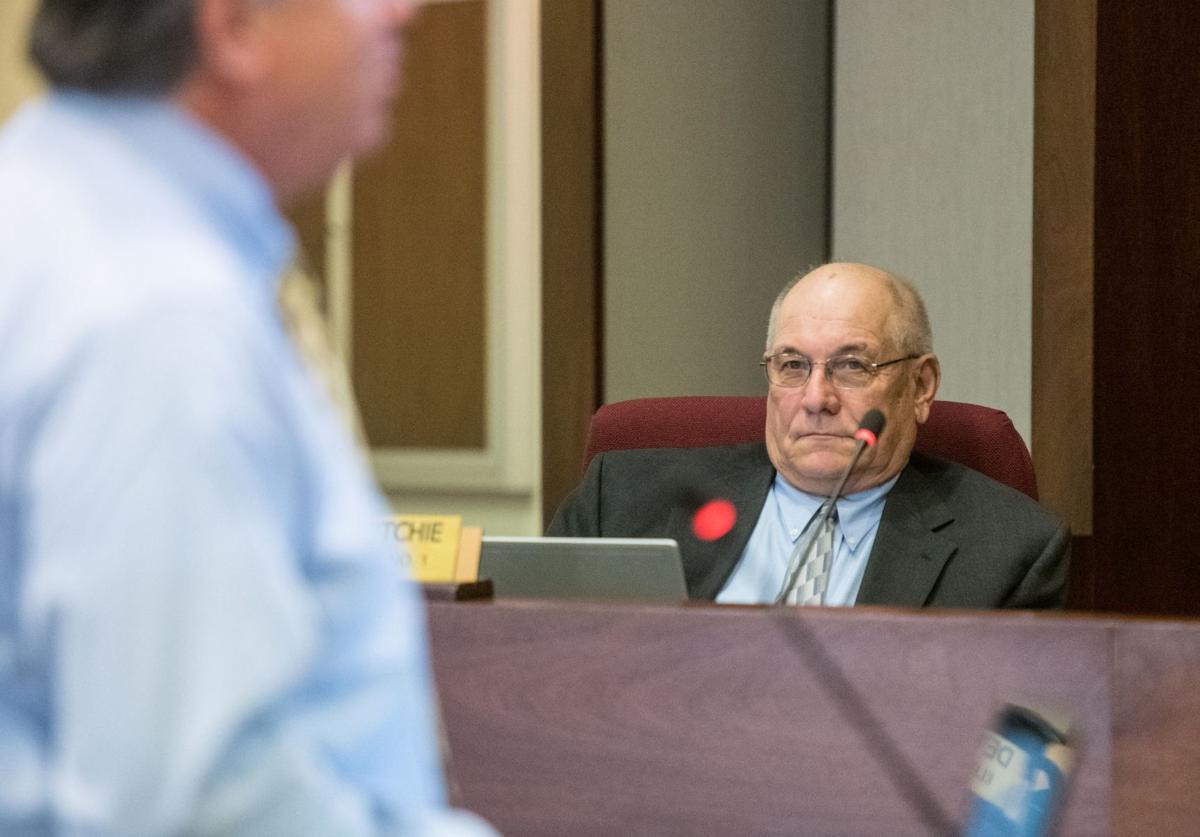 Rockingham County District 1 Supervisor Dewey Ritchie, left, is accompanied by his grandsons Romney, left, and Eston Ritchie, as is sworn in by his son, Judge Clark Ritchie, in the Rockingham County Circuit Courtroom on Nov. 12.

Dewey Ritchie is known for being many things — a father, farmer and most recently, a Rockingham County supervisor.

A title that he wears as a badge of honor, however, is grandfather.

Sitting outside the Rockingham County Administration Center an hour before his second Board of Supervisors meeting, Ritchie couldn’t help but smile when talking about his two grandsons.

“I have so much time to spend with my grandkids,” he said Wednesday. “It’s the greatest thing about being a grandparent.”

Ritchie, 70, of Brocks Gap, is one of the lucky ones. One of his three sons lives on his family farm, along with his two grandchildren.

One of his grandfather duties involves picking up his grandchildren when they get off the bus from school.

“I get them off the bus and have them until their mom gets there,” he said. “They are two active boys.”

Being a grandfather is one of the many things that makes Ritchie who he is today, but not the only thing.

Behind the charismatic smile and attentive personality, Ritchie is also an active church member at Mount Carmel United Methodist Church in Fulks Run.

At the church, Ritchie and a friend would host fundraisers throughout the year to raise money for those needing help. Whether it was paying medical bills or assisting a local softball team, Ritchie was there to lend a helping hand.

His fundraising efforts may have been put on pause due to the COVID-19 pandemic, but it hasn’t stopped his need to help others.

“We will still continue that after the virus dies down,” he said.

What Ritchie is most well-known for, however, is his dedication to the Rockingham County Sheriff’s Office.

For 39 years, Ritchie worked as a deputy sheriff and witnessed the sheriff’s office evolve over time.

“It was probably the best job I could have had in the world for me,” he said.

There are two things that stood out to Ritchie when reflecting on his time as a deputy — the people he met and how the office grew over time.

Ritchie said that when he started working in the sheriff’s office, there were roughly 17 employees.

Rockingham County Sheriff Bryan Hutcheson said Ritchie is heavily active in the community and dedicated in many ways.

“He is just a true hardworking person that was very community-minded,” he said. “He was dedicated to his profession.”

Hutcheson described Ritchie as an individual who wants to do the right thing, adding that he is willing to work hard when needed.

The sheriff also said Ritchie is funny and enthusiastic.

“He wants to see the community thrive,” Hutcheson said.

Ritchie’s interest in the community is what led him to becoming the Board of Supervisors representative for District 1, which covers the areas of Broadway and Timberville and the communities of Fulks Run, Bergton, Criders, Lacey Spring and Tenth Legion.

While working as a deputy, Ritchie said, he always knew who the acting supervisors were. Interested in how the supervisors manage things, Ritchie decided to run for the open seat left by former Supervisor Brent Trumbo.

Trumbo, who served one year as a supervisor, did not run in November’s election.

Ritchie said he wants to help people in his new position, adding that he is committed to being a supervisor.

“People who know me know I am committed to what I do,” he said.

One of the finest people I ever met. It's great that he's on the board of supervisors.