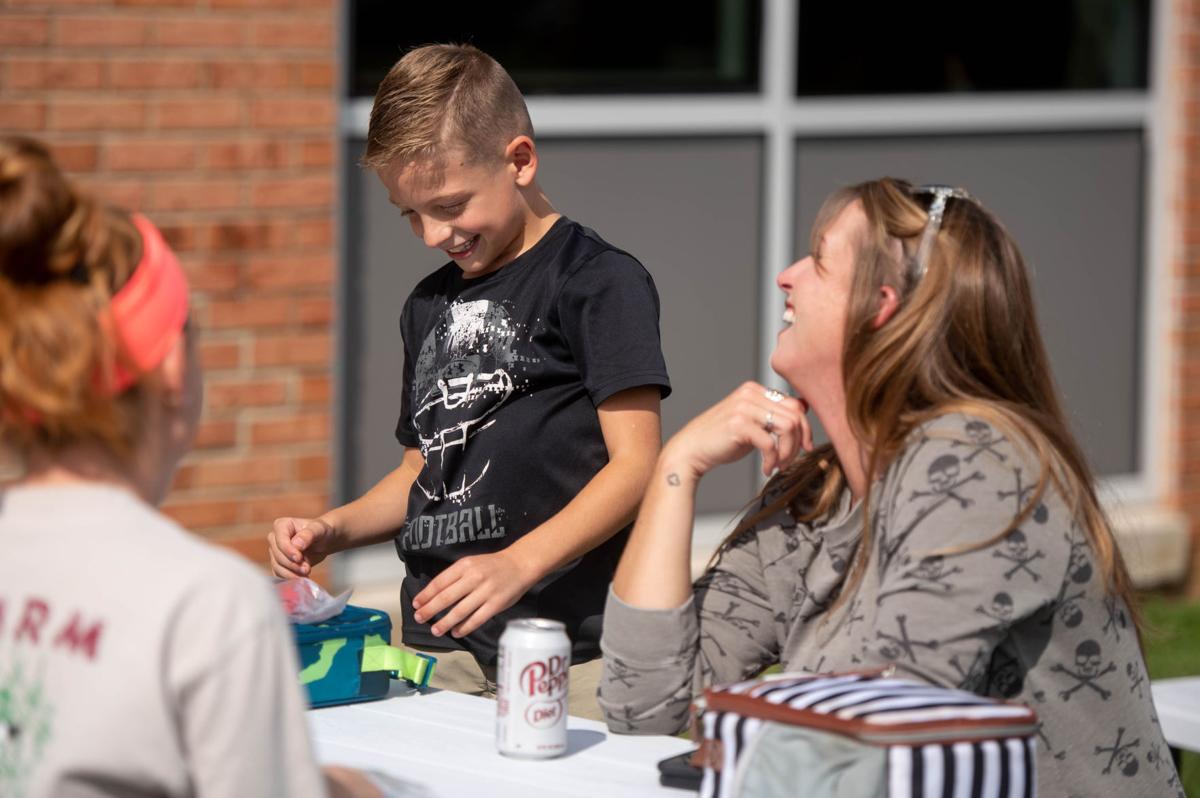 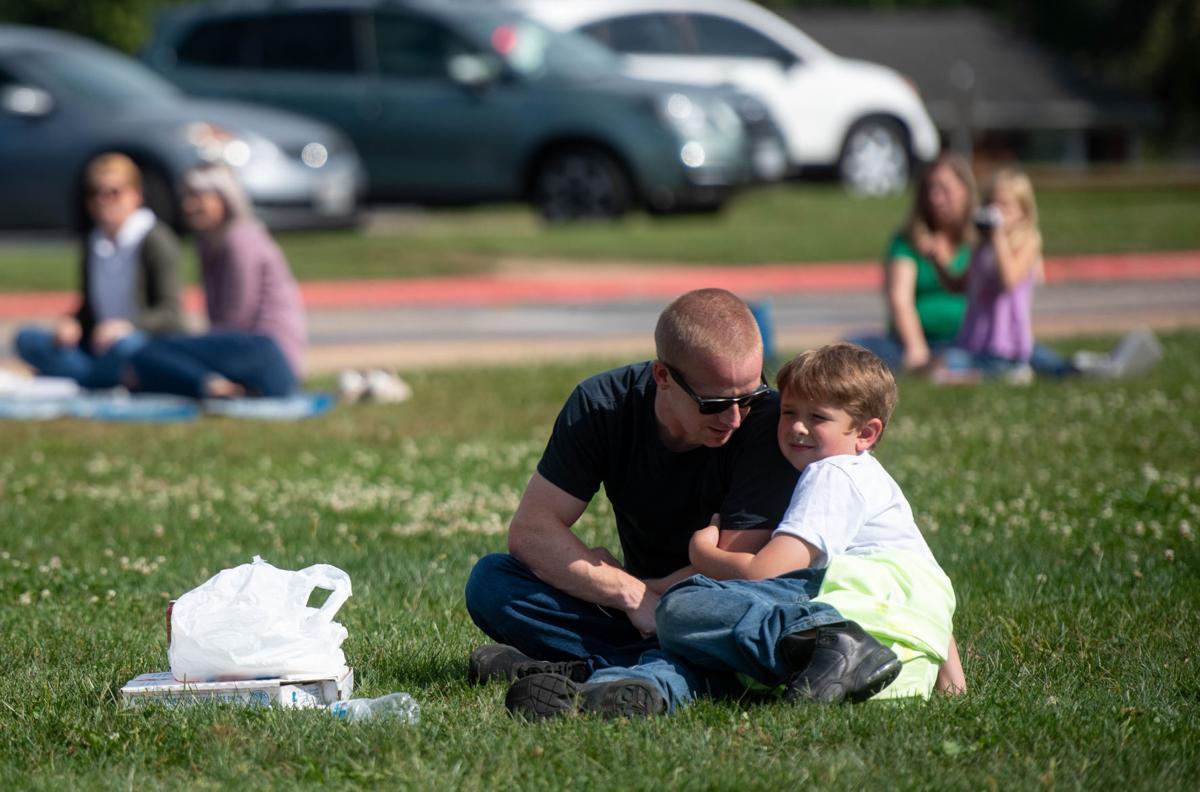 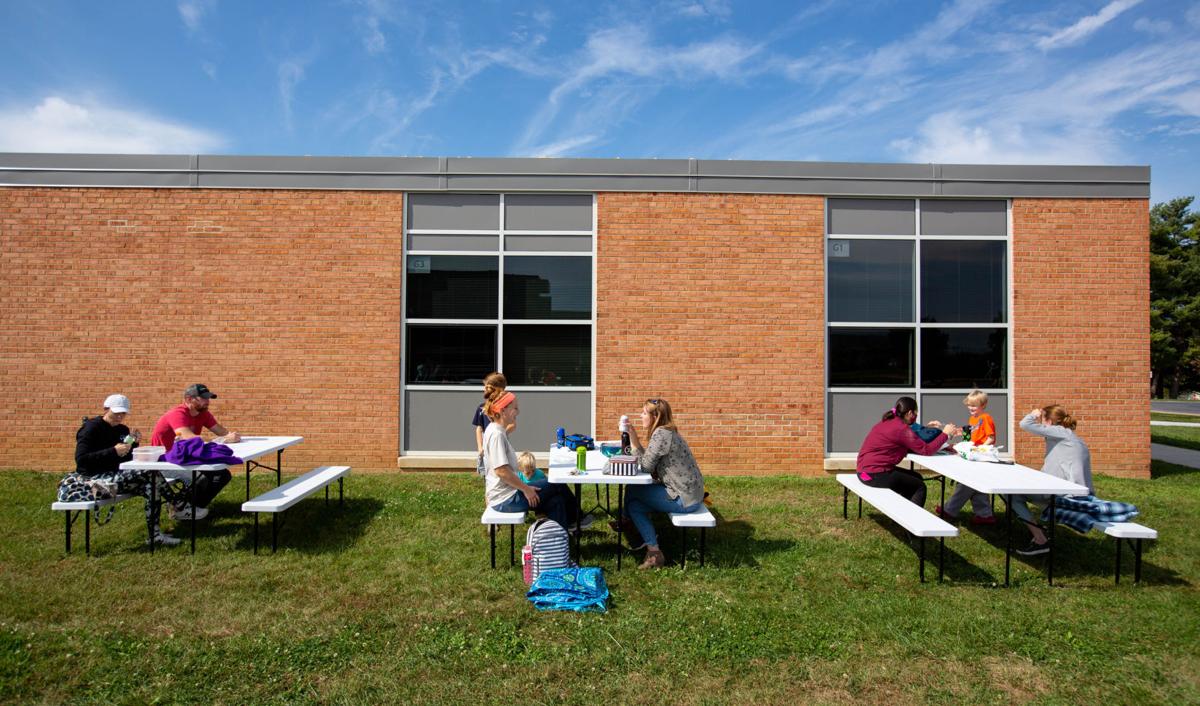 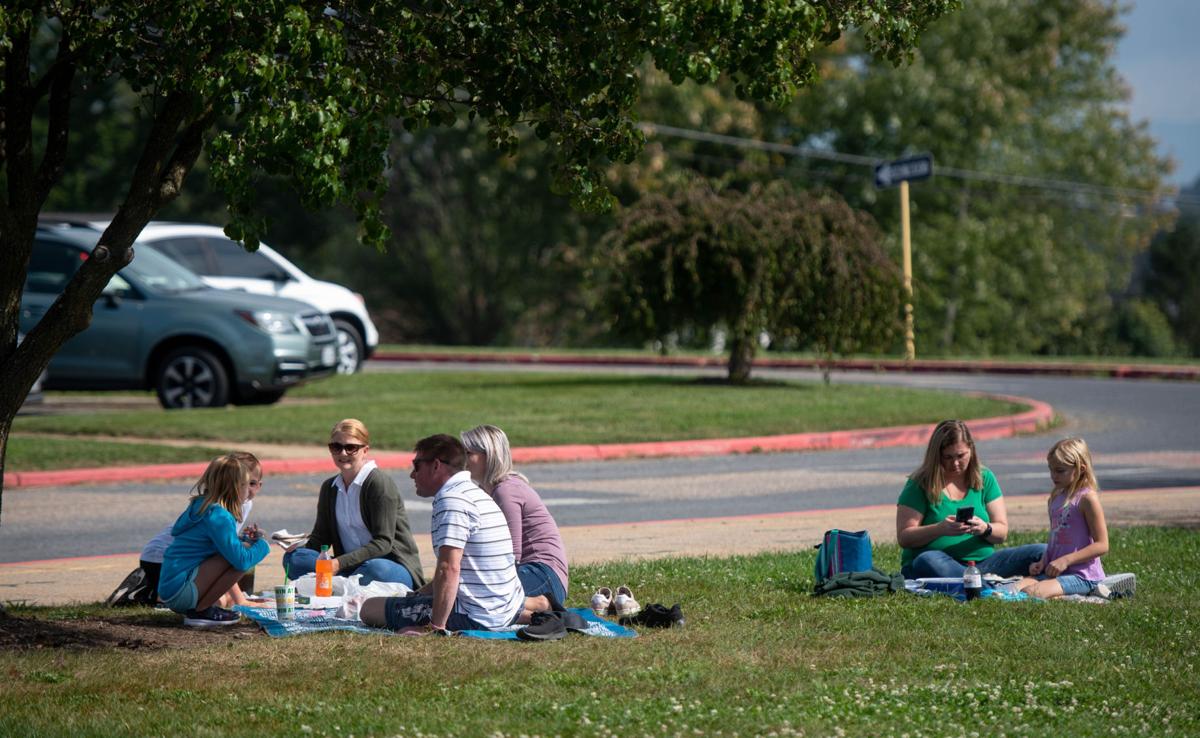 BROADWAY — Ashley and Brice McDorman had never had lunch with their son, Parker, at school before Wednesday. And like most things during a pandemic, it didn’t quite look the same as it would have during a normal year.

The three sat on a picnic blanket in front of John C. Myers Elementary School in Broadway. Parker was eating chicken nuggets and macaroni and cheese from the cafeteria, while his parents were eating food they brought to the school.

Around them were other families of first-grade students doing the same. Kid versions of popular music played in the background. And thanks to social distancing, everyone was able to be without a mask.

“It’s exciting to be able to get together in a safe way,” Ashley McDorman said. Parents have not been allowed inside John C. Myers for any reason other than instructional since the pandemic shut down school in March 2020.

The Broadway elementary school has been hosting parent picnic days all week, staggering grade levels so that not too many people would be there on any given day, which would make social distancing and safety at the school difficult.

While not every school in Rockingham County has disallowed parent visits for lunch, it’s a matter of necessity for John C. Myers. With 500 students, it is one of the biggest elementary schools in the school division.

Even without parent attendance at lunch, school staff are already having to get creative with where students eat lunch, Principal Becky Tinnell said. Lunch is one time when strict social distancing is important because students are without masks to eat. Students eat in classrooms, outside, hallways and large spaces such as the STEM lab.

“It’s not what we want,” Tinnell said. “But it’s the only way to maintain that distance.”

Wanting to do something to bring parents in and feel connected to the school and their kids in the school setting, Tinnell and staff arranged parent picnics, and they’ve been a huge hit.

On any given day all but maybe one or two children will be without a parent to eat with them. Tinnell said they are hoping to get one more event in before the weather turns, and will continue parent picnics in the spring.

For the McDormans, Wednesday was a chance to meet the parents and other students in Parker’s class.

“When they’re that young, they don’t know last names, so even though they may talk about the same kid, it takes awhile to figure out who they are,” Ashley McDorman said.

For Tinnell getting that same opportunity to place faces with names of families has been exciting.

“Unless I see them in the pickup loop at school, I haven’t been able to meet them,” Tinnell said, until now.