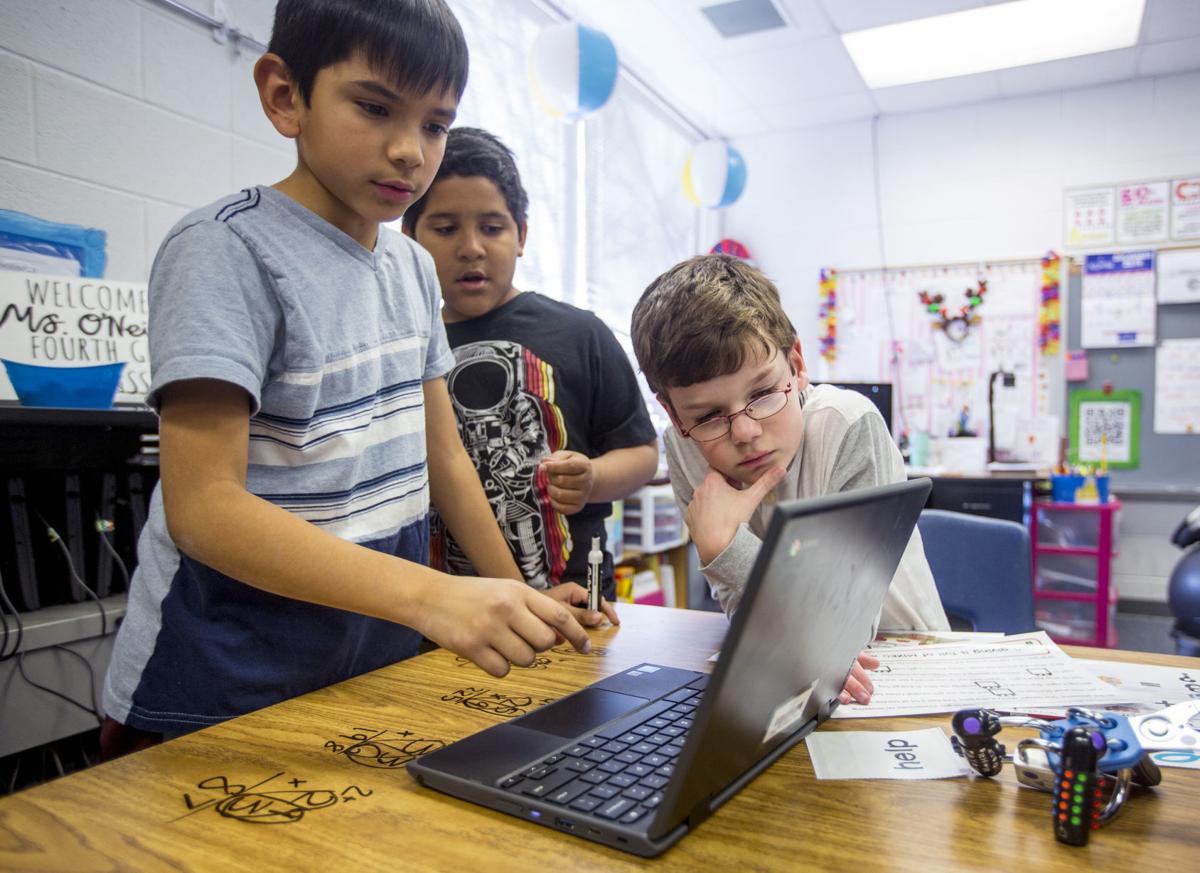 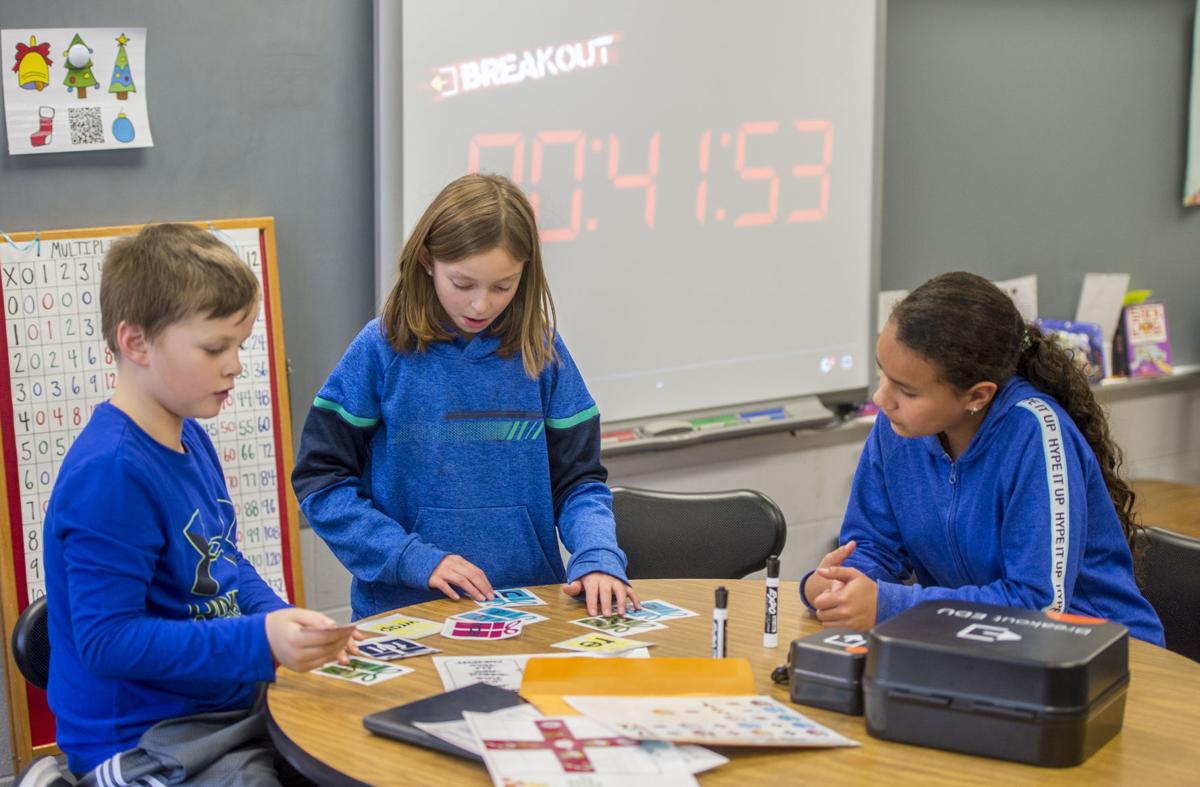 From left, Mountain View Elementary School fourth-graders Colton Click, Lianey Montoya and Genesis Espino work together on English puzzles as they try to solve their puzzle.

From left, Mountain View Elementary School fourth-graders Colton Click, Lianey Montoya and Genesis Espino work together on English puzzles as they try to solve their puzzle.

Escape rooms have been all the rage the last few years, and students at Mountain View Elementary School are getting in on the action.

No, teachers are not locking students in rooms and only letting them out if they solve enough puzzles. On Thursday, students took the escape-room concept and had an educational experience with Breakout EDU boxes.

Breakout EDU is an immersive learning game. With Breakout EDU kits, teachers can turn their classroom into an academically-focused escape room and facilitate games where players use teamwork and critical thinking to solve a series of challenging puzzles in order to open the locked box.

With multiple locks, and a series of clues that included logic and math problems, as well as reading and word problems, students had 45 minutes to break into the box.

Fourth-grade teacher Mandy O’Neill told the students they had to open the boxes to find the presents to put under their classroom tree. The prize inside was actually lollipops.

“They’re using different codes and keys and locks, and a new clue is revealed each time they open one,” O’Neill said. “It’s basically an indoor escape room.”

Working in groups of three or four, students said the breakout boxes were fun but challenging.

Fourth-grader Mitchell Fife solved the first clue, which involved different colored presents that represented different values. In a series of math problems, students had to figure out the values of the presents. Mitchell was able to use the final solution, eight, to unlock the first box.

He added that he’s never done an escape room before but was familiar with the concept and the similarities to the breakout boxes.