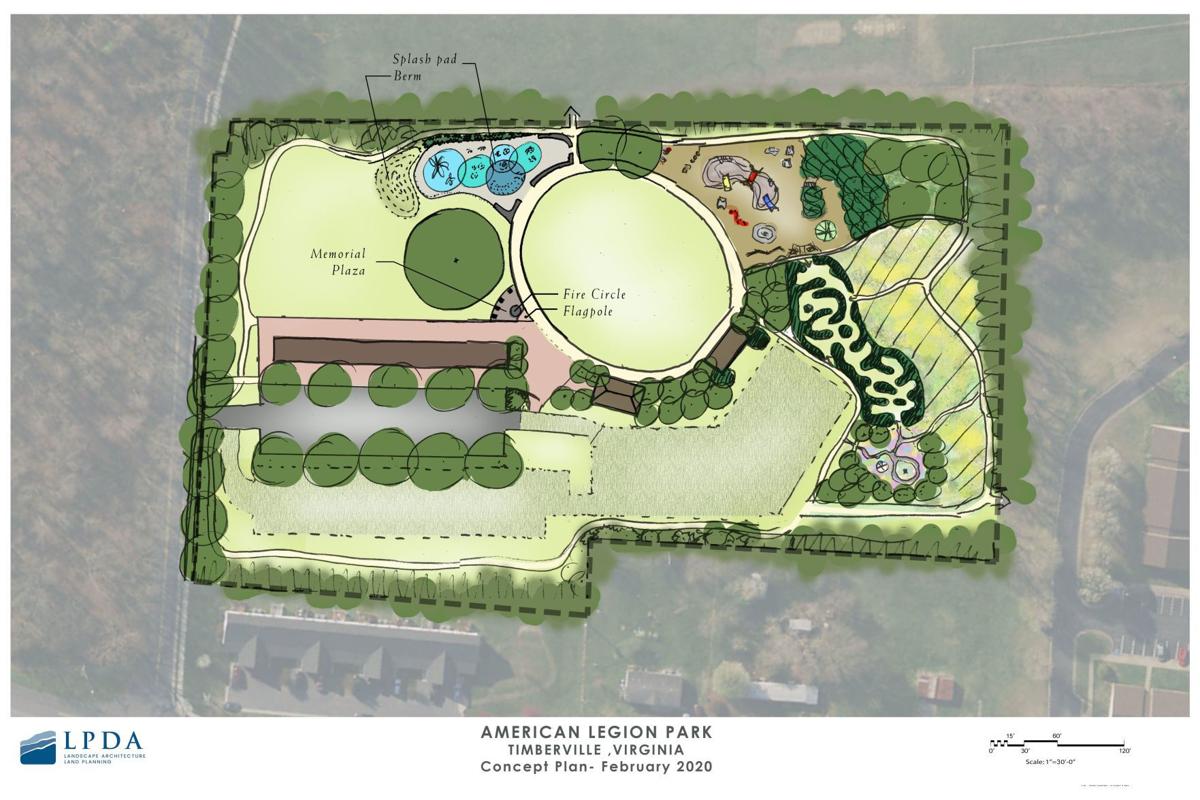 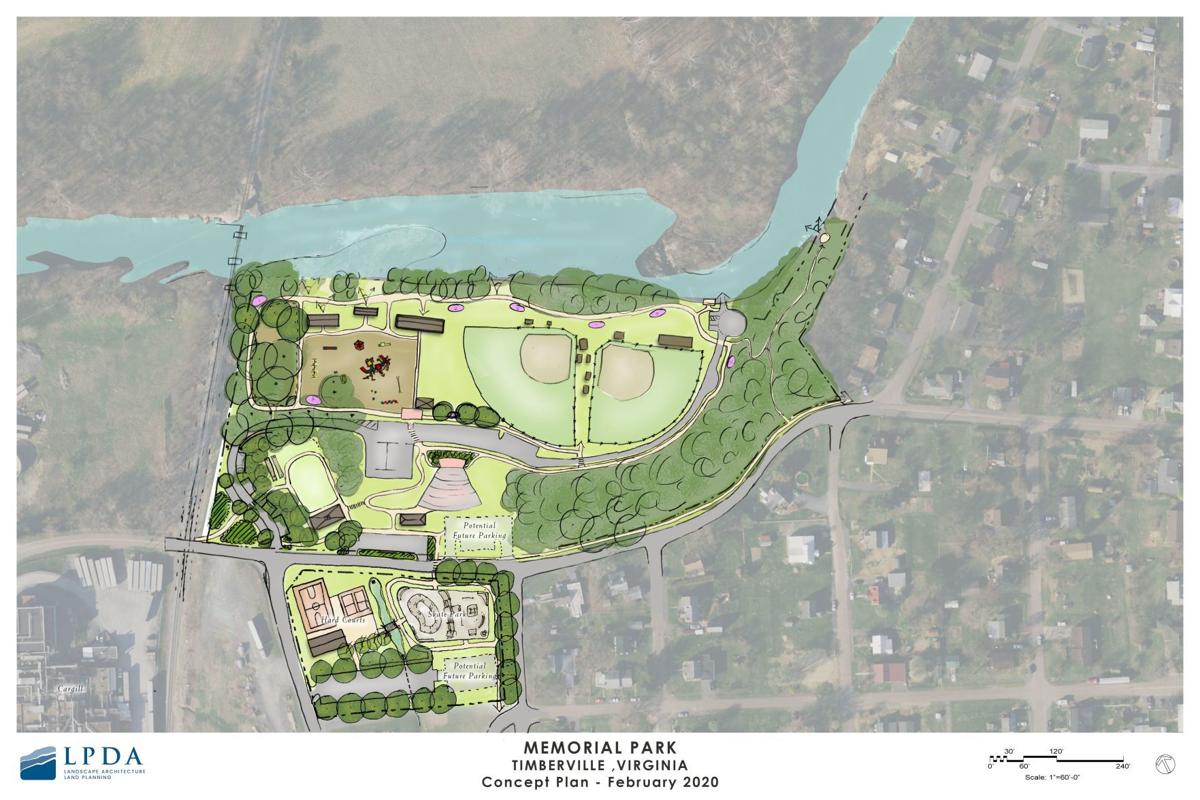 LPDA, a Charlottesville-based landscape architecture and planning company, was hired by the town in July and has been providing preliminary plans for Timberville’s parks.

The first set of plans was revealed in November, providing a blueprint to possible changes coming to the two parks.

LPDA identified 18 key areas in American Legion Park and 26 in Plains District Memorial Park, which can be found on the town’s website.

The advisory group met shortly after and sent back markups to LPDA in December, according to Mayor Don Delaughter.

On Thursday, updated sketches of the parks were released, with the biggest change being the splash pad going to American Legion Park instead of Plains District Memorial Park.

“Because of the relocation of the splash pad component, the amenities in the upper section of PDMP have now been reconfigured, which will allow for more parking,” Town Manager Austin Garber said.

The pool complex, which was permanently closed in January, is proposed to become either a pickle ball court or a basketball court.

Efforts to improve Timberville’s parks began in April, when council voted to close the Plains District Memorial Pool and form a park planning advisory group to brainstorm new ideas for the park system.

The town set aside $140,000 for park improvements in the fiscal 2020 budget for the first phase of improvements.

Since then, the town has received donations to help with improvements, including a $23,000 donation to improve the stables.

A second donation was made by Pilgrim’s Pride for $10,000 to install a dog park at Plains District Memorial Park.

Other items on Thursday’s agenda included an announcement that the Timberville Walmart will add online grocery pickup to its services starting in March.

According to Walmart’s website, the Harrisonburg Walmart off Burgess Road is the closest store offering online grocery pickup.

The short-term rental policy is still in discussion for Timberville as a draft has been made and will be heard during today’s Planning Commission meeting.

The town’s business and industry committee met in July to discuss the development of a policy for short-term rentals, including bed-and-breakfasts and properties offered online through Airbnb.com and similar sites.

Elkton most recently adopted an annual tax rate property owners would be required to pay for a short-term in June, setting the annual license tax rate at 29 cents per $100 of gross receipts, or a $30 minimum.

Elkton followed the footsteps of Grottoes, Broadway and Bridgewater — all of which passed ordinances regulating the rentals, along with Harrisonburg.

If Timberville were to adopt a short-term rental policy, it would be the fifth town to do so since early 2018.

Augusta County requires a special-use permit for short-term rentals, but the property must be on a 5-acre parcel. In Page County, short-term rentals are allowed by right, but property owners must receive a business license, have a maximum occupancy determined by the county health department and pay transient occupancy tax.