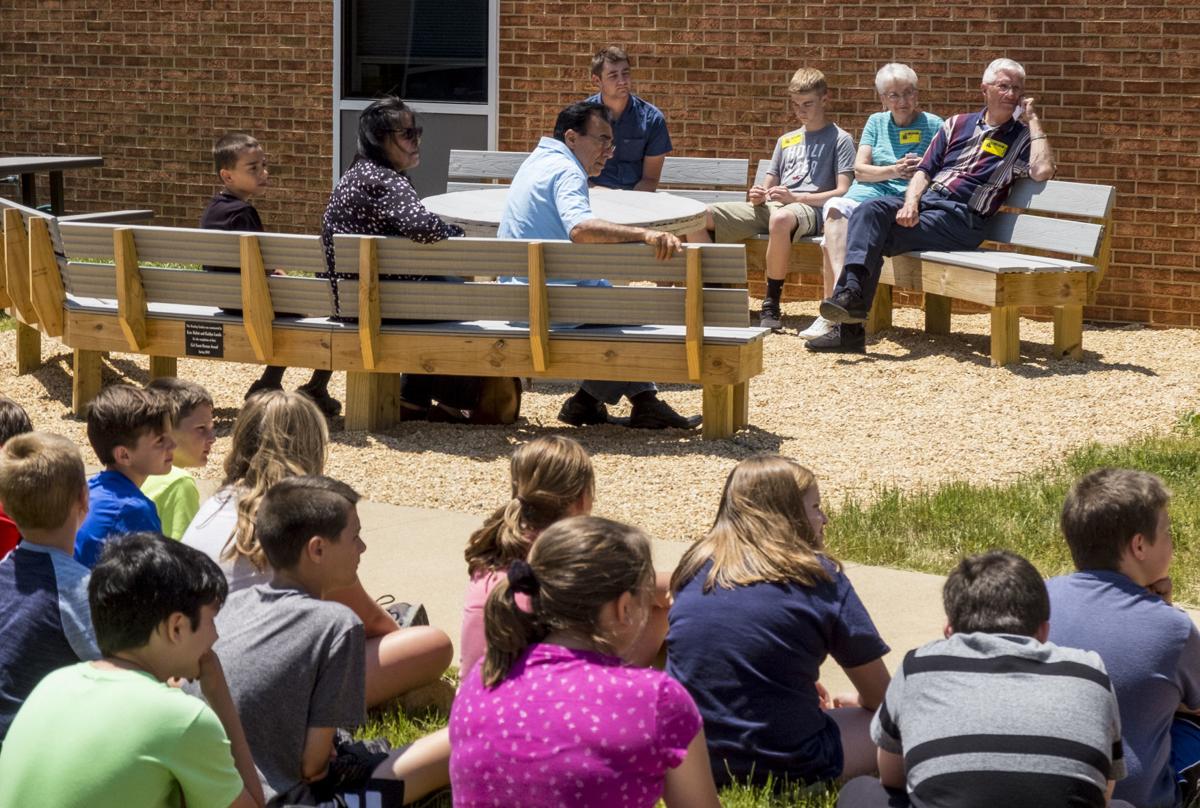 The families of former John Wayland Elementary School bookkeeper Karen Hedrick, who died in December from cancer, at right, and Nadia Hijjeh, who would have been a fifth-grader this school year but died last summer in a drowning accident, watch during a dedication ceremony at the school Monday afternoon. 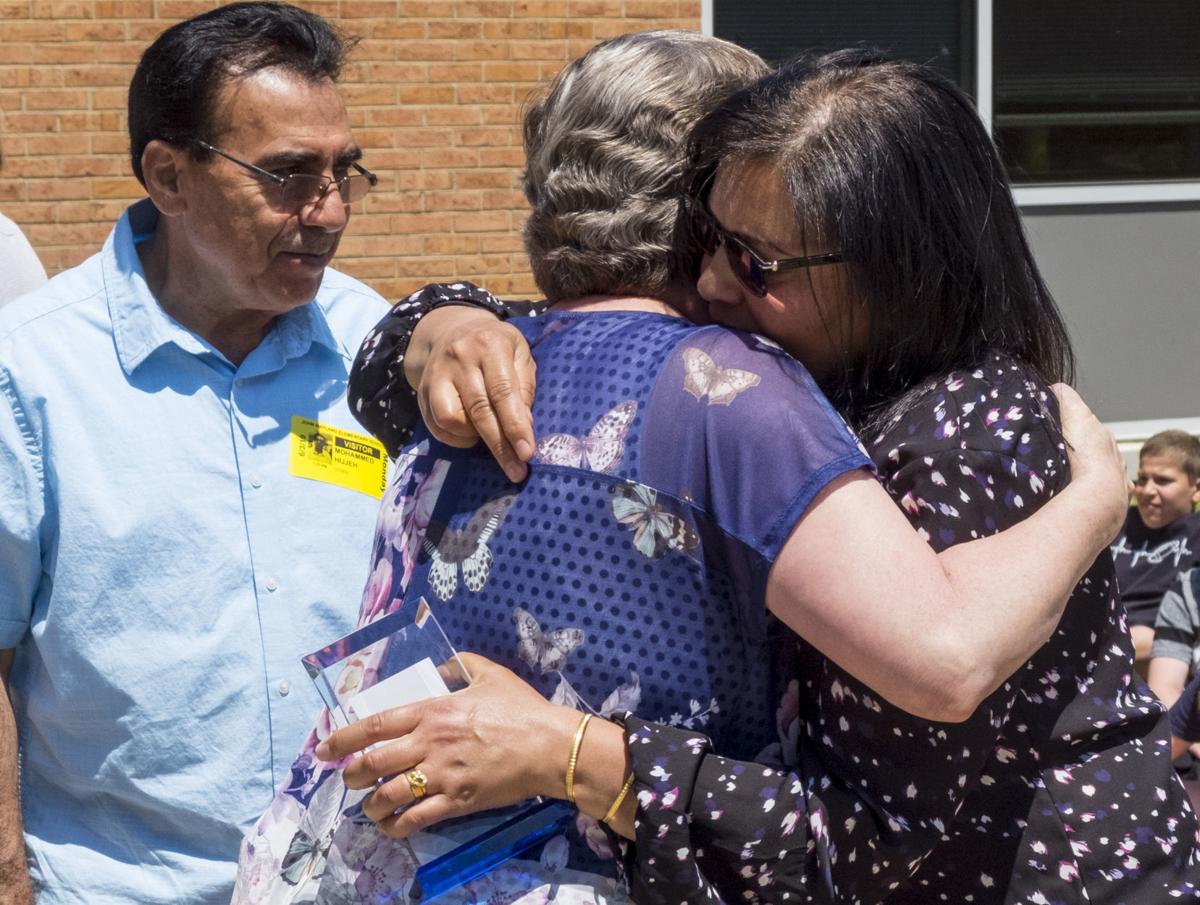 The families of former John Wayland Elementary School bookkeeper Karen Hedrick, who died in December from cancer, at right, and Nadia Hijjeh, who would have been a fifth-grader this school year but died last summer in a drowning accident, watch during a dedication ceremony at the school Monday afternoon.

Hedrick died on Dec. 1 after a long battle with cancer. Nadia died in a drowning accident at a pool in Dayton during the summer.

The deaths hit the school hard, and Principal Karen Ridder wanted to do something in remembrance of Nadia and Hedrick. Both the bookkeeper and student shared a love for reading, so Ridder decided to dedicate a reading garden to both.

Once Ridder put the idea out there, she was approached by two fifth-grade students, Kate Ballint, and Katelyn Landis, about taking on the project for their Girl Scout Bronze Awards.

After the school was renovated last year, the mobile classrooms used during the project were removed and they decided to use that space for the reading garden.

With the help of the parent-teacher organization, funding was secured to purchase two wraparound benches and a table, as well as two picnic tables. The space is roomy enough to accommodate many readers or students working on a project.

The two fifth-grade girls spent their spring break getting the reading garden ready, and on Monday, it was dedicated during a ceremony attended by the entire fifth grade, as well as the families of both Hedrick and Nadia.

Ridder read two poems about butterflies, as they were Nadia’s favorite, and students took turns saying things they remembered or enjoyed about Hedrick.

Students said that Hedrick was always happy to work at the school, that she was a fighter, that every time they went to the office they got a hug from Hedrick. Students described her as encouraging, helpful and always with a smile on her face.