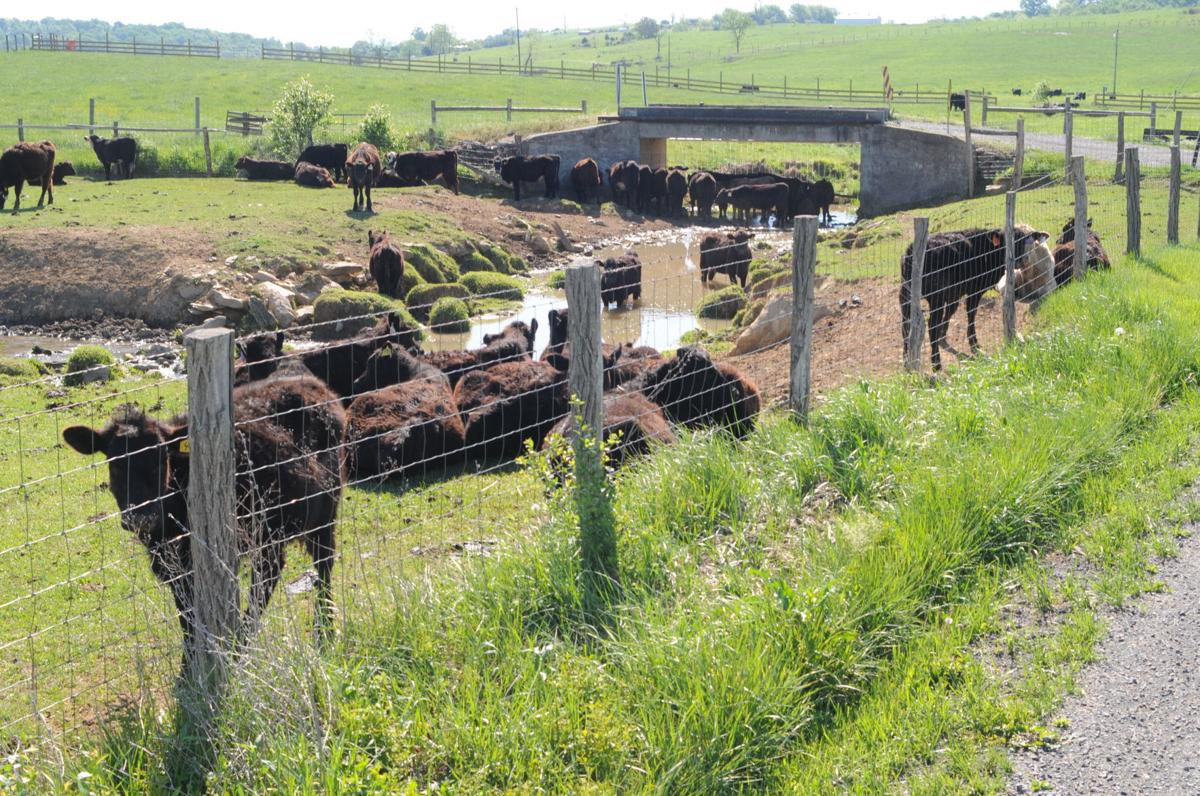 Cows at several farms throughout the Shenandoah Valley are not fenced out of waterways, which can contribute to pollution and bacteria, according to a recent study. 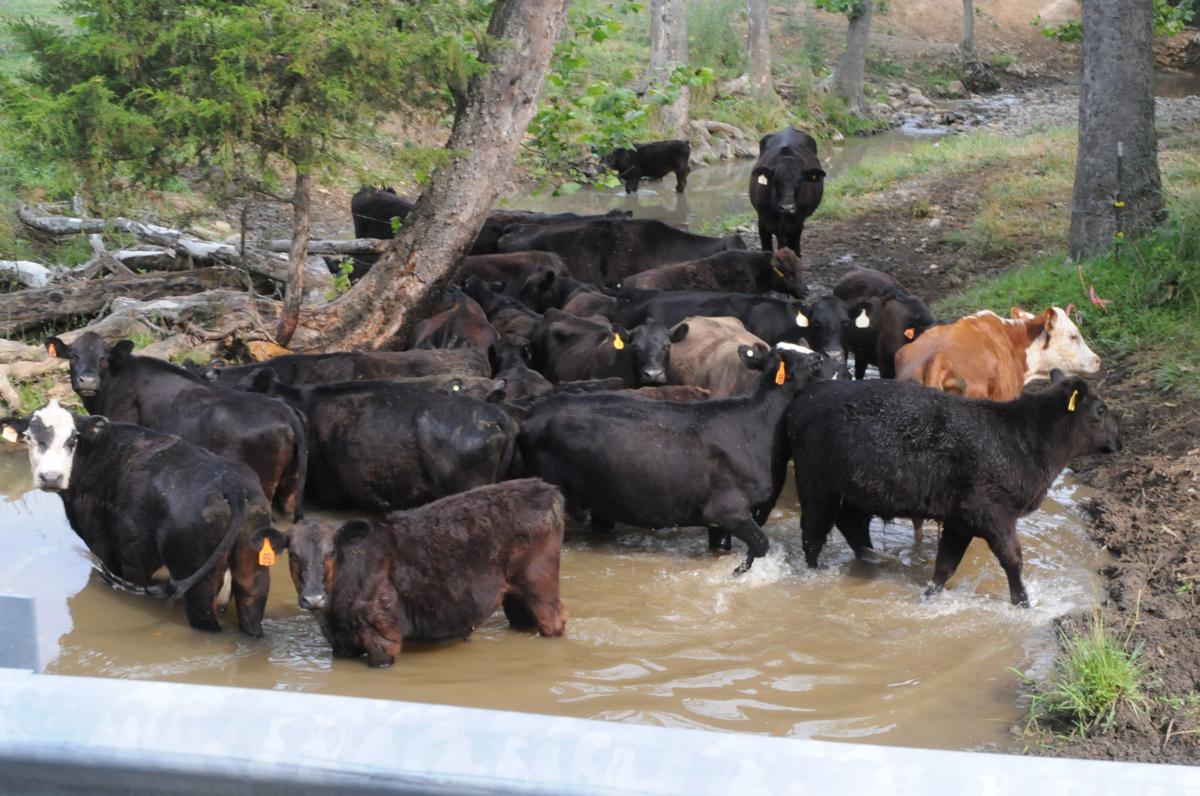 The Environmental Integrity Project and Shenandoah Riverkeeper found that only 1 in 5 farms in Rockingham and Augusta counties has fences installed to prevent livestock from accessing rivers and streams.

Cows at several farms throughout the Shenandoah Valley are not fenced out of waterways, which can contribute to pollution and bacteria, according to a recent study.

The Environmental Integrity Project and Shenandoah Riverkeeper found that only 1 in 5 farms in Rockingham and Augusta counties has fences installed to prevent livestock from accessing rivers and streams.

HARRISONBURG — A recent study done by the Environmental Integrity Project and the Shenandoah Riverkeeper shows 19% of farmers in Rockingham and Augusta counties are fencing their waterways to keep out livestock.

This voluntary effort would, according to the groups, reduce levels of pollution and bacteria entering waterways from animals and their waste.

Research released Thursday shows that 81% of farms in Virginia’s largest farming counties did not fence their livestock out of streams.

Through Google Earth aerial photographs and online tax maps, 1,676 livestock farms with rivers or streams in Augusta and Rockingham were studied. Of those farms considered, only 321 had fencing.

In Rockingham, 675 farms out of 841 did not have fencing separating livestock from streams or rivers.

Tom Pelton, director of communications with the Environmental Integrity Project, said keeping livestock out of streams is a widespread problem.

“We looked at hundreds of aerial photos and found that farms that had livestock in streams looked muddy and brown while streams with fencing on farms had green riverbanks,” Pelton said.

Pelton said the biggest problem is there are no laws or regulations mandating a fence around a waterway on a farm to keep livestock out.

“It’s always been voluntary, but it’s time for that to end,” Pelton said.

Impaired waterways in Virginia are tracked every two years through the Water Quality Assessment Integrated Report, according to Courtney Bernhardt, research director with the Environmental Integrity Project.

“The most recent final report is for 2016 and it was approved by the EPA in March 2018,” Bernhardt said in an email to the Daily News-Record. “Several examples of streams that are impaired because of bacteria from agriculture in Rockingham County include Muddy Creek, Cooks Creek, Linville Creek, North River, Briery Branch, Cub Run and Long Meadow Run.”

In an effort to decrease high fecal bacteria levels in local waterways, along with pollution in the Chesapeake Bay, the U.S. Environmental Protection Agency exercised the Clean Water Act in 2010 to limit the amount of nitrogen, phosphorus and sediment pollution entering the Bay.

The Chesapeake Bay Watershed Agreement was signed in 2014 to establish goals for restoring habitats and ensuring pollution reduction.

Virginia has been offering a 75% reimbursement to farmers to fence around waterways on their farms since 2015 through state funding.

In previous years, Virginia offered 100% taxpayer reimbursement for the costs of installing fencing, but insufficient funding forced a decrease in reimbursement, according to the report.

Mark Deavers, a farmer in northern Rockingham County, said a lot of farmers would put up fencing if there was funding for it.

Deavers does not have any streams or rivers running through his farm, but has fenced a few springs.

Phase I of the Watershed Implementation Plan for the Chesapeake Bay Total Maximum Daily Load, released in November 2010, was projected to cover 95% of animal waste management systems by 2025. In 2019, the coverage was at 34%.

Pelton said that plan “may erase all specific targets for livestock fencing.”

Russ Baxter, deputy director of the Virginia Department of Conservation and Recreation, said Thursday that efforts to target livestock fencing are still being pursued.

“Our goal remains to exclude all livestock from streams,” Baxter said. “We proposed a variety of practices that have greater flexibility, but fencing is a very expensive practice.”

The Environmental Integrity Project recommends: Virginia should not eliminate its Chesapeake Bay cleanup goal of protecting 95% of streams on livestock farms with fences; the commonwealth should start requiring farmers to install livestock fencing along waterways; the state should return to reimbursing livestock farmers 100 percent of the cost of fencing cattle out of waterways and providing alternative watering systems; and Virginia should conduct or fund aerial photo surveys of streamside fencing installation in all parts of the state with livestock.

Sen. Emmett Hanger, R-Mount Solon, worked on the budget this past session and said this was the largest appropriation made.

An additional $5.8 million will be used toward backlogged agricultural BMPs.