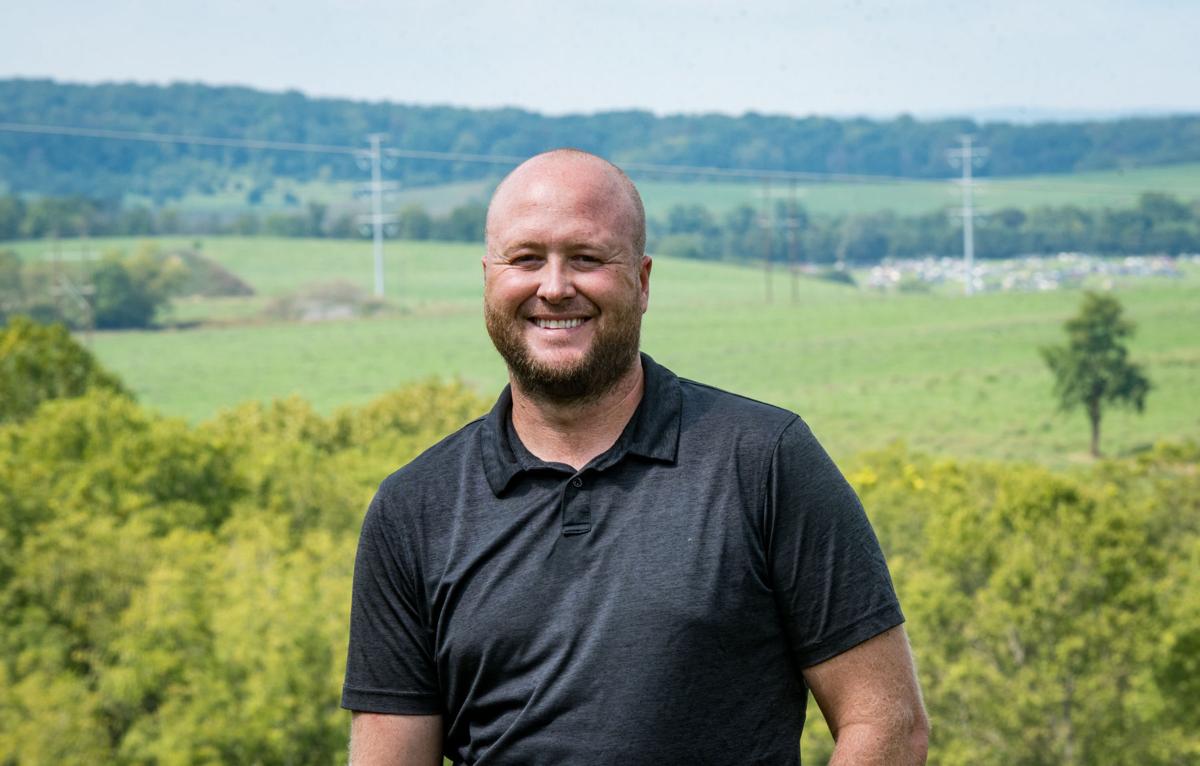 Duane Lam poses for a photo in the front yard of his house near New Market. Behind him is the proposed location of Caden Energix Endless Caverns LLC’s approximately 323.6-acre solar farm. 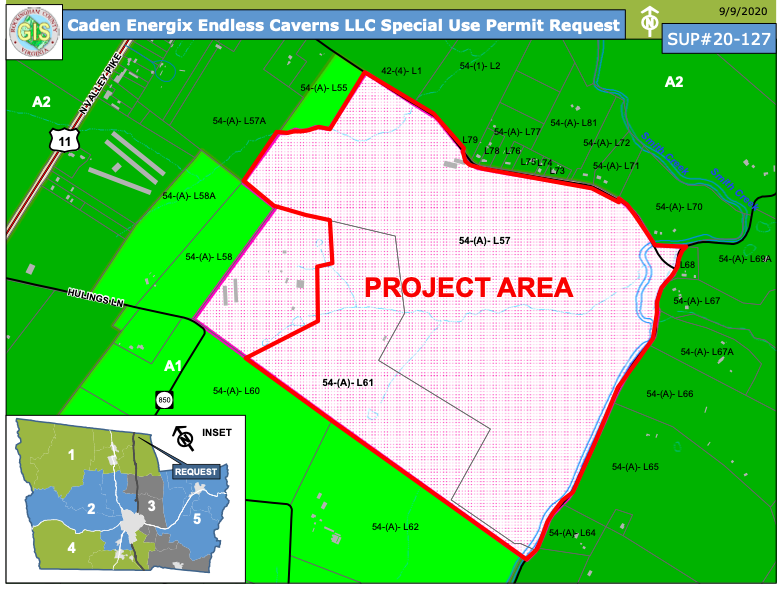 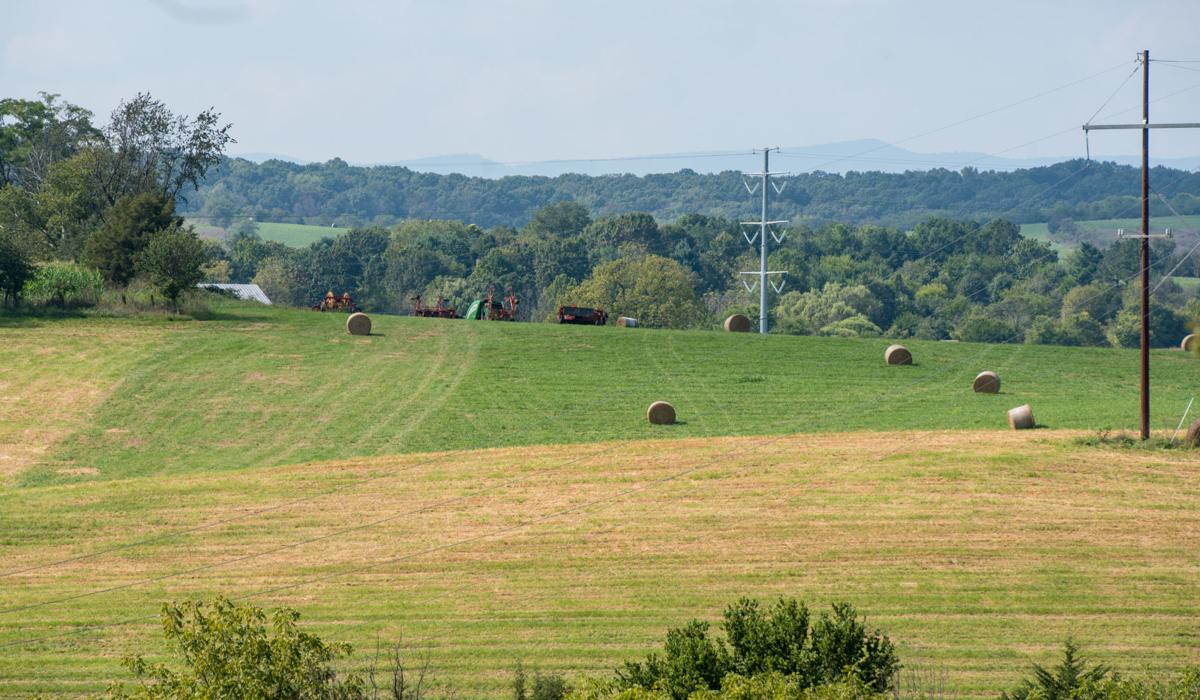 A proposed solar farm would take up most of a large field off North Valley Pike south of New Market.

Duane Lam poses for a photo in the front yard of his house near New Market. Behind him is the proposed location of Caden Energix Endless Caverns LLC’s approximately 323.6-acre solar farm.

A proposed solar farm would take up most of a large field off North Valley Pike south of New Market.

Joni Lam is the first to admit that when her husband Duane showed her a house for sale that was situated on the foothills leading up toward Massanutten Mountain, she wasn’t sold right away.

It wasn’t until she stepped onto the front porch, overlooking the bucolic valley below, that she felt at home.

The wrap-around view displayed an array of pastures, livestock and wildlife. Other than the power lines above leading to Dominion Power’s Endless Caverns substation, Lam said the view is “the entire picture of God’s amazing creation that continues to awe us each day.”

“The mornings delight with the bustle of the new day’s start,” she said. “The evenings showcase a glistening sunset among the distance of pasture land.”

Trying to pin down one aspect the Lam family would miss is nothing more than impossible, but it’s a challenge the couple has been grappling with since the discussion of an industrial-sized solar farm was proposed for the agricultural area.

Southwest of Craney Island Road and Mountain Valley Road south of New Market sits 355 acres of property zoned for prime agricultural, or A-1 district. The land is divided into two parcels, one owned by David and Nora Conley and the other by Richard Virgil.

Given the close proximity to the Dominion Power substation, Caden Energix Endless Caverns LLC filed a special-use permit request with Rockingham County to build an approximately 323.6-acre solar farm on the property, which the Conley’s and Virgil have agreed to.

According to the application, there would be approximately 95,000 solar panels on the farm that would generate 31.4 megawatts — enough to power about 6,500 homes for one year.

But bringing a large-scale solar energy facility raised concerns with adjacent property owners and, after a public hearing was held Wednesday, the Rockingham County Board of Supervisors unanimously voted to table the request until further notice.

“After the meeting, I expressed my personal gratitude that they are taking their time to not only consider this special-use permit from all aspects, but also that they are taking into consideration the need for Rockingham County to fully develop a solar policy for all of the county,” Joni Lam said. “This decision sets a great precedent for future generations in Rockingham County and nearby New Market in Shenandoah County.”

During the public hearing, Joni Lam and several members of the Eject Energix group voiced opposition to the solar farm, citing concerns over safety, scenic nature, tourism and agricultural preservation. The group also created a petition against the Energix corporation that has since gained close to 500 signatures.

“Duane and I are personally not against solar. We are also not against the farmer being able to make a living, as Duane and I have almost 13 acres which we farm with crop in addition to us both having full-time jobs,” she said. “What I hope the board considers greatly is that of what I call ‘responsible solar.’”

An example Joni Lam gave was InterChange Group’s announcement in July to expand its use of solar panels on its newest cold storage warehouse in Mount Crawford, becoming the industry’s largest solar power system in Virginia.

She suggested letting poultry house farms and other farmers purchase solar panels at a discounted rate and receive a tax break for installing on rooftops. Then local energy companies such as Dominion Power and Shenandoah Valley Electric Cooperative could pay the farmers for the generated energy created.

“I do believe this would allow farmers to create a better living,” she said. “It would help aid in renewable energy sources that our state is requiring and it would still allow A-1 land to be used for true agricultural use.”

James Housden, farmer and owner of Double J Livestock in Dayton, found himself on the supporting side of the solar farm due to the need for farmers to diversify in order to survive.

In the last 26 years, Housden said he has worked with 100 to 150 farms, ranging from poultry to beef. He noticed in the last decade that diversification in the agricultural industry was becoming critical.

“We couldn’t rely on one thing in farming,” he said. “This year a lot of cattle farmers couldn’t make money.”

Seeing solar energy as a new option for farmers, Housden said it would be like “harvesting the sun,” and didn’t see how that couldn’t be a part of the agricultural industry.

“Solar is normal further south, this is just a wonderful opportunity to open that door and ensure we are here in the future,” he said.

On the other side of Massanutten Mountain in Page County, requests for solar farms have been widely debated in the last year.

In April 2019, the Page County Board of Supervisors voted to approve a special-use permit request by Dogwood Solar for a 20-megawatt solar farm on roughly 340 acres on Dam Acres Road in Stanley.

During the same meeting, supervisors voted against a request by Cape Solar LLC for a larger 100-megawatt farm on 559 acres on the east side of U.S. 340 North near Luray.

Collectively, the projects, at peak output, were projected to supply 25,000 households in the Mid-Atlantic region with electricity, according to two special-use permit applications filed in May of 2018 by the Virginia-based companies Dogwood Solar, LLC and Cape Solar, LLC, affiliates of Urban Grid Solar Projects. The requests were the first of their kind filed in Page County.

Next door in Shenandoah County, Planning Commission members hit the brakes on a special-use permit request in March 2019 for a roughly 200-acre solar farm that would span over five parcels of land in the county.

A year prior, Mount Jackson approved a 160-acre solar energy operation off of Turkey Knob Road, but was delayed in April 2019 due to additional permitting and tariff issues.

Down Interstate 81 in Augusta County, supervisors denied a request from Community Energy, parent company of Augusta Solar LLC, in 2019 for a 940-acre solar facility project to be constructed in Stuarts Draft and Lyndhurst.

Following the county’s decision to deny the solar facility request, Augusta County began to form a solar committee and county staff were directed to consider revising the comprehensive plan to include utility-scale solar projects.

But as David Birkenthal, with Alliance for the Shenandoah Valley, told the Rockingham County Board of Supervisors on Wednesday, the differences between how Augusta County and Rockingham County address solar energy are in the ordinances.

Speaking as a representative, Birkenthal said the Alliance for the Shenandoah Valley was opposed to having a solar farm constructed off Mountain Valley Road until the county’s solar energy facility ordinance is reconsidered.

During the public hearing, Chairman Bill Kyger said he was not comfortable with the current ordinance in place, adding that he wasn’t “comfortable placing an industrial facility on agricultural land without placing it on industry land.”

“This is producing a commodity that is sold not for eating or drinking, so let’s not call this an agricultural function,” he said.

Virgil, one of the landowners who was in favor of the solar farm, said that while no one likes change, the fact of the matter was “we live in a time where change is happening.”

“I believe the project is a good one,” he said. “I think it addresses a lot of the issues I believe we will be facing in the dark future ahead … I see this as an important part of the future.”

Joni Lam said she hopes the board will look into using industrial building rooftops for “responsible solar,” as well as develop a more robust renewable energy plan in the county’s code of ordinances.

“All of this is a more responsible use of solar in a more appropriate location,” she said. “It may not be quite as convenient as the field beside the power station, but I do believe it is a better electric footprint for all the years to come.”

Kalifornia did this and they are suffering loss of electricity during hottest time of year. Cutting off people with health problems without warning. Twenty years equipment life needs replaced just as you get it paid off. No battery technology to store energy over night. Our rivers run 24/7 but no one is screaming hydro power, nuclear or natural gas. I knows they aren't glamorous or cool but they don't destroy farm land. A plus.

Joni Lam makes a good point that we should use buildings to host rooftop solar, so as to save agricultural land. Senator Obenshain said about four years ago that solar was at least 20-30 years in the future, and in any event he would not have been inclined to make any building code requirements as to solar on rooftops. The result is entrepreneurs developing huge solar farms, and utility companies continuing to dominate, when it would make more sense for every barn, poultry house, home, warehouse, government building, school building, and parking lot to host solar. It is likely we would need some solar farms, anyway, but we would need far less of them. We have begged the County to develop a climate change and renewable energy policy for several years. Now they are caught with their pants down.