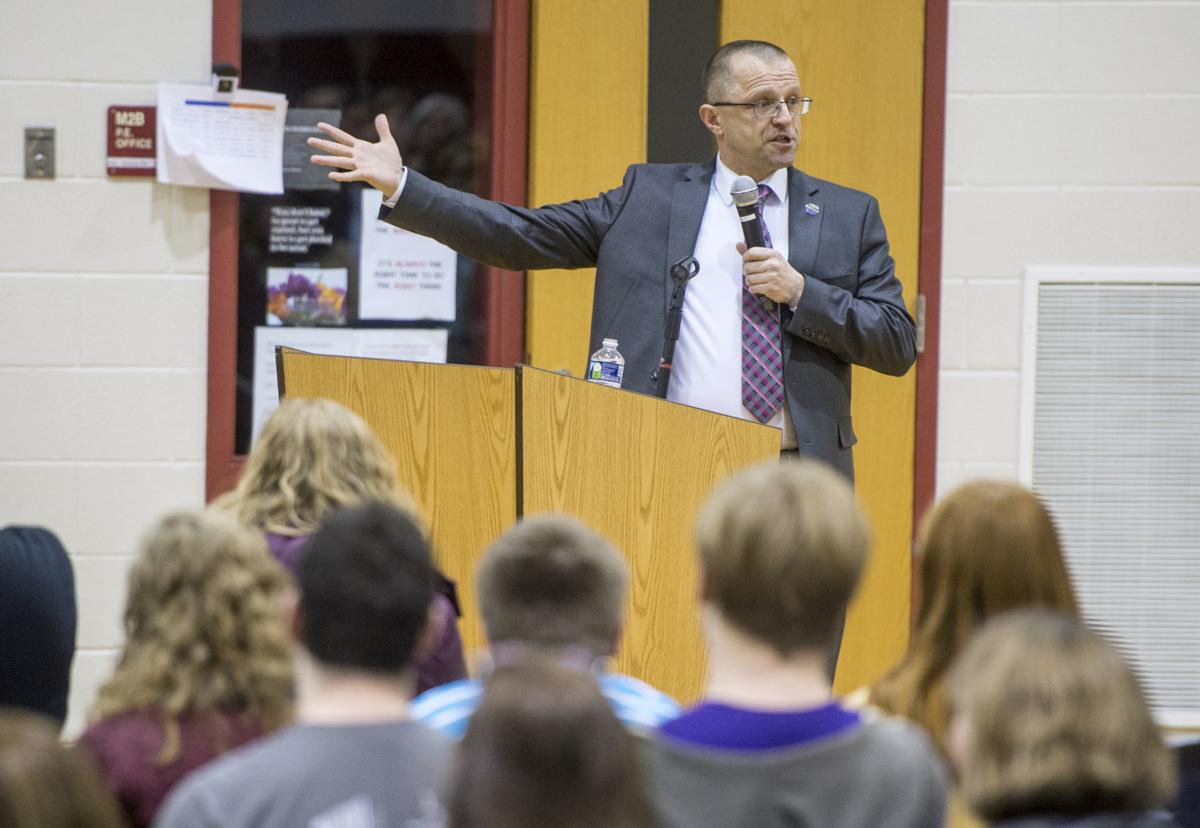 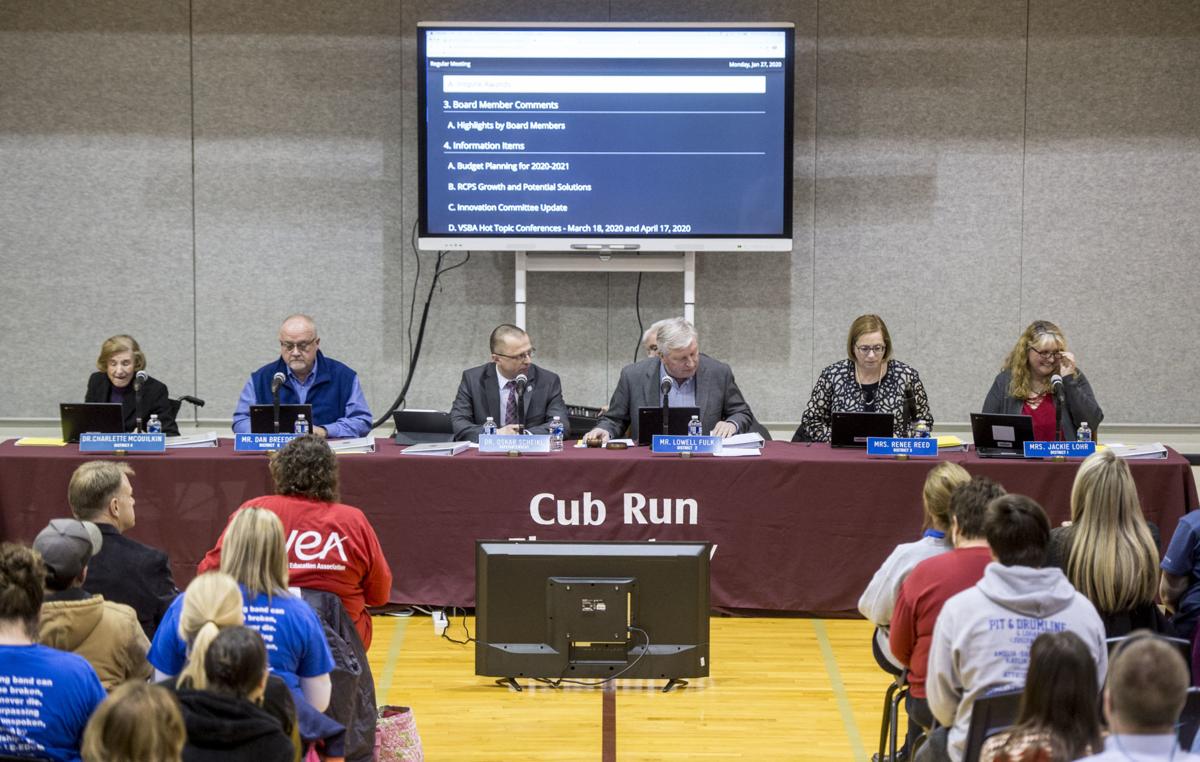 The Rockingham County School Board meets at Cub Run Elementary School to vote on redistricting on Jan. 27. 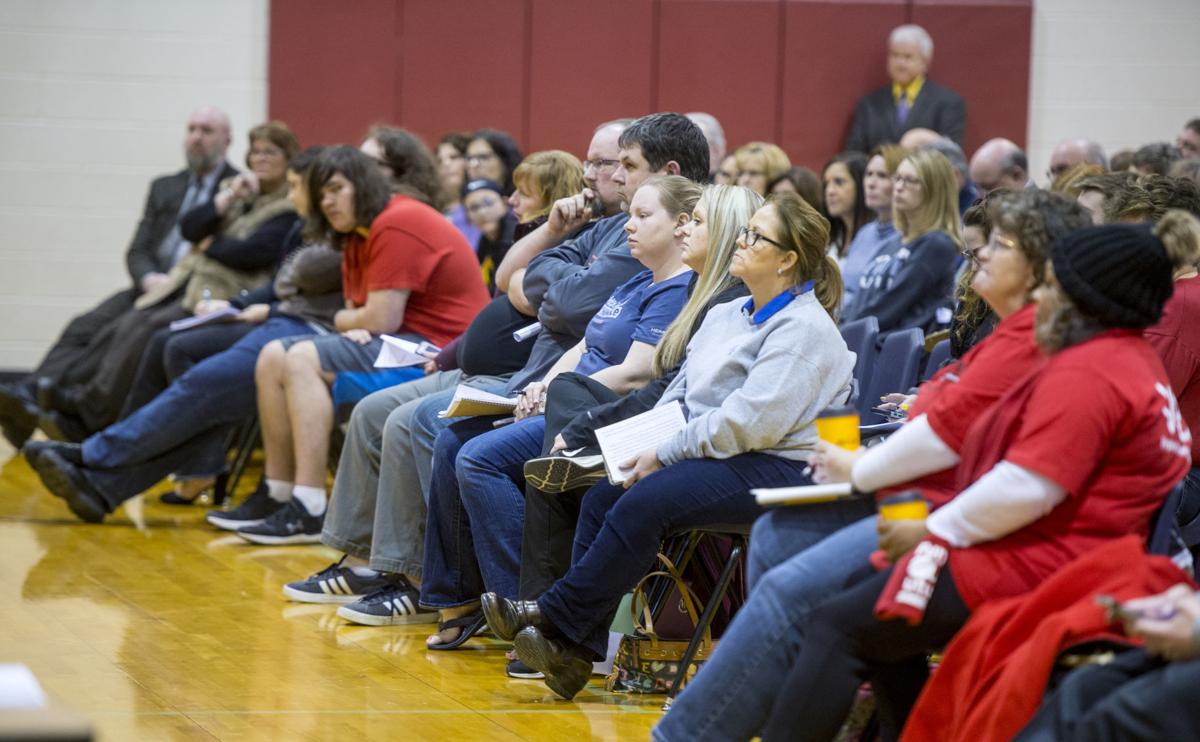 Parents and community members gather at a Rockingham County School Board meeting at Cub Run Elementary School in January, when the board approved redistricting for the district.

The Rockingham County School Board meets at Cub Run Elementary School to vote on redistricting on Jan. 27.

Parents and community members gather at a Rockingham County School Board meeting at Cub Run Elementary School in January, when the board approved redistricting for the district.

The meeting was held at Cub Run Elementary School and attended by approximately 200 parents and community members.

With a unanimous vote, the board approved a recommendation by Superintendent Oskar Scheikl in November to send some current South River Elementary School students to Elkton Middle School next year, instead of Montevideo Middle School, and to send some current Montevideo students to East Rockingham High School next year instead of Spotswood High School.

Due to approved grandfathering rules, also voted on at Monday’s meeting, the redistricting for next year will only affect current South River fifth-graders and current Montevideo eighth-graders.

This means only students who would have been changing schools anyway will be switching schools next year. This helps alleviate the crowding at both Montevideo and Spotswood, while affecting as few students as possible.

“We have listened and read every single one ... and I thank you for that,” board member Charlotte McQuilkin said about community member comments on the issue.

“I hope as we go through this process we can work to heal those wounds and do what’s best for our students,” board member Dan Breeden said about the decision to redistrict, adding that he knows it wasn’t the decision that everyone wanted.

Scheikl spoke about the process leading to Monday’s vote, which included his proposal and then a time for parents and community members to speak, comment and ask questions about what is being proposed. Ultimately, it was the board’s decision whether to approve the proposal.

Scheikl asked the School Board to approve or reject the proposed redistricting in January for staff members to have enough time to work on schedules, including bus routes, for the 2020-21 school year.

The School Board will also approve or reject a proposal to close Linville-Edom Elementary School after the next school year, by the end of the current school year.