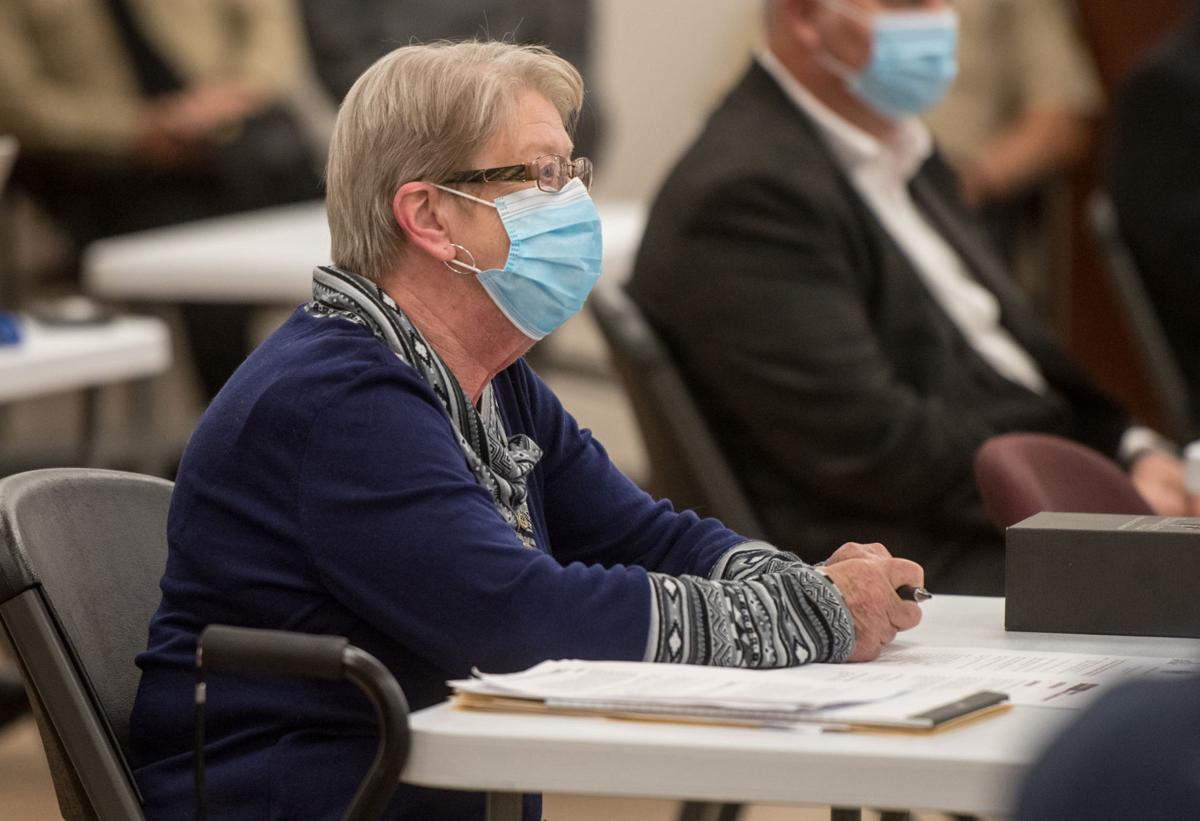 “When you wake up and say ‘It’s time to go,’ then that’s when you go,” says Rockingham County Zoning Administrator Diana Stultz. 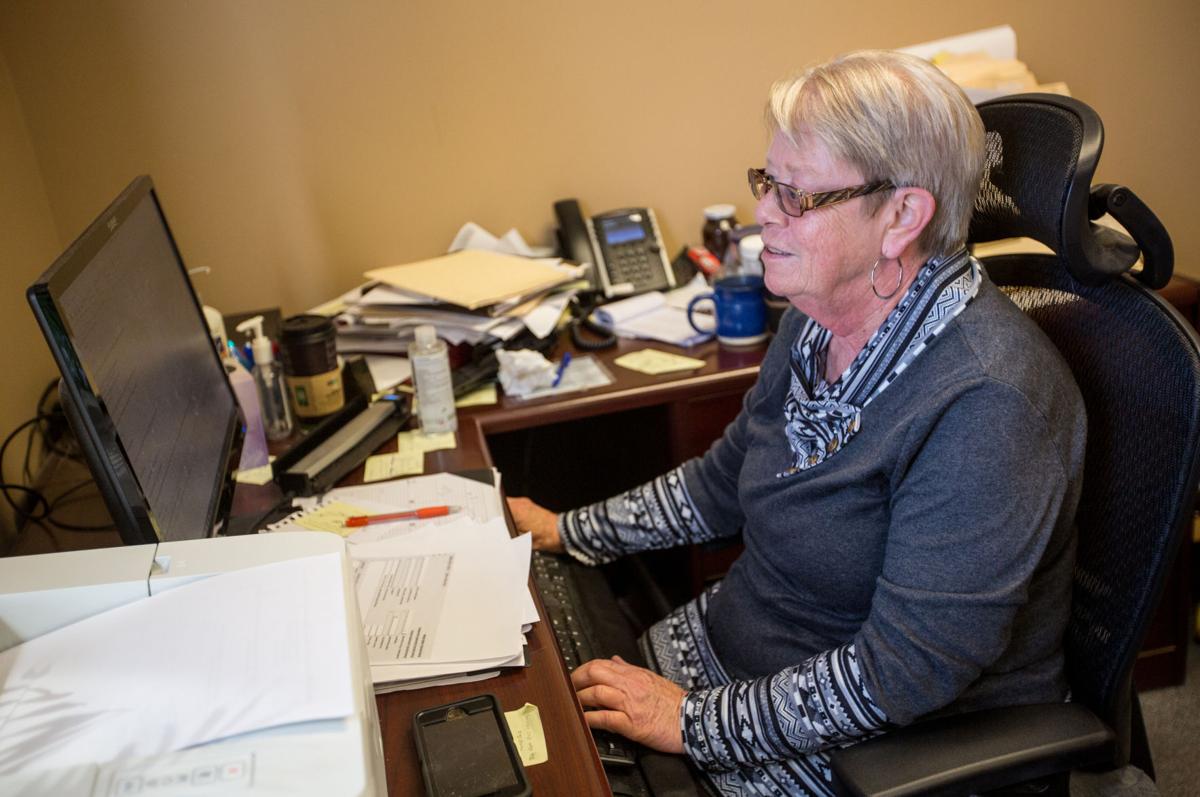 Rockingham County Zoning Administrator Diana Stultz poses for a photo in the County Administration Center on Thursday. After 39 years with the county, Stultz is set to retire on Oct. 30.

“When you wake up and say ‘It’s time to go,’ then that’s when you go,” says Rockingham County Zoning Administrator Diana Stultz.

Rockingham County Planning Commission Chair Rodney Burkholder once said that Diana Stultz had a play in more than a 100 ordinances.

Since Stultz was hired as the county’s zoning administrator, she has been involved in every zoning and subdivision ordinance since 1985.

As zoning administrator, she helped shape Rockingham County when it came to how it handled zoning cases, but the time has come for someone else to take over the load as Stultz’s days with the county come to an end on Oct. 30 after 39 years.

“It’s just a shock right now,” she said during an interview with the Daily News-Record on Thursday. “I didn’t realize it was so soon.”

Stultz, 67, of Broadway, said she knew she never wanted to retire during the winter because she didn’t want to be stuck inside all day, but after the COVID-19 pandemic caused county staff to transition to a work-from-home lifestyle, the idea of being home didn’t seem all that bad.

But still, the idea of retiring was one Stultz is still coming to terms with. She questioned her decision during the first couple of weeks after announcing her retirement.

It wasn’t until she remembered a few words of wisdom from an old friend, former county administrator Bill O’Brien, that she became comfortable with stepping away.

When O’Brien retired in 2003, Stultz said he told her that one day she would wake up and know when it was time to go and when that moment came, it was time.

“The other thing he told me was there will always be a project you want to see finished, but as soon as it’s finished, there is going to be another project. So if you wait for a project, you’ll never leave,” she said. “When you wake up and say ‘It’s time to go,’ then that’s when you go.”

O’Brien hired Stultz in 1981 as a secretary for the planning and zoning department. Before that, Stultz said she was in the real estate business, but once the interest rates went up to 19%, she accepted a job working for an accountant before being hired for a county position.

In a previous interview with the Daily News-Record, Stultz said O’Brien was a “trailblazer” and was “willing to give women jobs in key positions that many others wouldn’t.”

O’Brien died in 2017 after a month-long battle with pancreatic cancer.

“I think my biggest regret is he didn’t live to be here for my retirement,” Stultz said. “Although, his son keeps saying, ‘Oh, he knows.’”

Kyle O’Brien, Broadway town manager, said his father spoke about Stultz “quite often,” adding that Stultz was a success story he always liked to share because he saw her potential and talent and how she worked her way up from secretary to zoning administrator within four years.

“He believed in her and knew she would succeed and thrive in a position of significant responsibility, and she certainly proved him right,” O’Brien said. “He was always very proud of her, and he made sure that everyone knew it as well.”

Stultz said she never imagined she would become zoning administrator when she was hired nearly 40 years ago, but said she had a joke with Bill O’Brien that she would stay with the county until she found something better — and she did.

Some aspects of the job Stultz thinks people may not realize are the hours that go into the position.

“I get calls at night and on the weekends and I feel obligated to take them,” she said. “I have a county cell phone, so if somebody needs to talk to me on a weekend and they call my cell phone, I’m going to answer it.”

Stultz said she gets 25 to 30 calls a day and the people who walk into the community development office are not always professionals.

“It’s all types of people, but it’s being able to care as much about whatever person walks in here and being willing to listen to them and see if there is a way you can help them,” she said.

What has stood out to Stultz throughout the years are the different people she has been able to work with within the walls of the Rockingham County Administration Center.

“I told somebody that’s the hardest part of retiring because you know some of those people you won’t see again,” she said. “You make a lot of friends, but the ones I work with here and just the general public, you meet a lot of people.”

Stultz said the first person she told about her retirement was Casey Armstrong, assistant county administrator, who told Stultz she was a “wealth of information.”

“She has helped so many people and I think that is something she is most proud of,” Armstrong said. “She has always been there to help the community.”

Armstrong said when Stultz told him she was going to retire, he knew it would be something bittersweet.

“She has been a pillar of this community and I hope she is able to relax, finally, and spend some time just getting out and doing what she likes to do,” Armstrong said.

Kelly Getz, deputy zoning administrator and Stultz’s replacement, said he had a “lot of thoughts” on Stultz retiring and what he would want to say to her.

“The first thing I would want to say is I appreciate Diana’s patience with me,” he said.

Stultz said she always hoped Getz would follow her footsteps and began training him for the zoning administrator position three years ago. If Getz had a question, she would provide her full attention to him, said Getz.

Stultz knew Getz had the potential to take on the role, much like Bill O’Brien had with her.

“I think he will do a good job,” she said. “He is very much a people person.”

But there are still big shoes to fill as Getz, who has been with the county for 14 years, takes over as zoning administrator.

He said it will feel weird to have Stultz no longer working next door to his office, but hopes she will be able to go out and enjoy her life.

Up next on Stultz’s agenda is being able to wrap Christmas presents before Christmas Eve, volunteering and quality time with family.

“January will be a Diana month,” she said. “I will do whatever I want and if I don’t want to do anything, I’m not going to do anything.”

And while she may no longer be a county employee, Stultz said she knows she will be back to visit.

“It’s like I told Casey, ‘I’m leaving the position but I’m not leaving you guys,’” Stultz said.