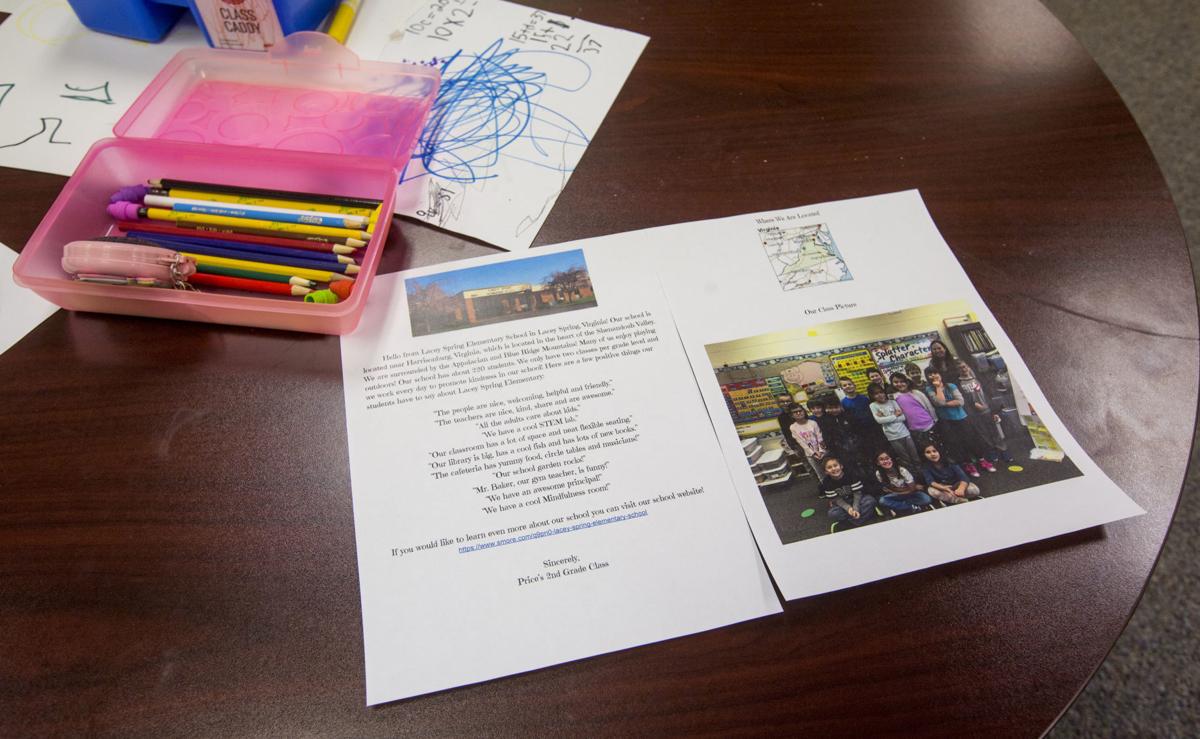 A copy of a valentine sent by Lacey Spring Elementary School second-graders in Kim Price and Mary Ryder’s classes to other second-graders around the nation sits on a table in a classroom. 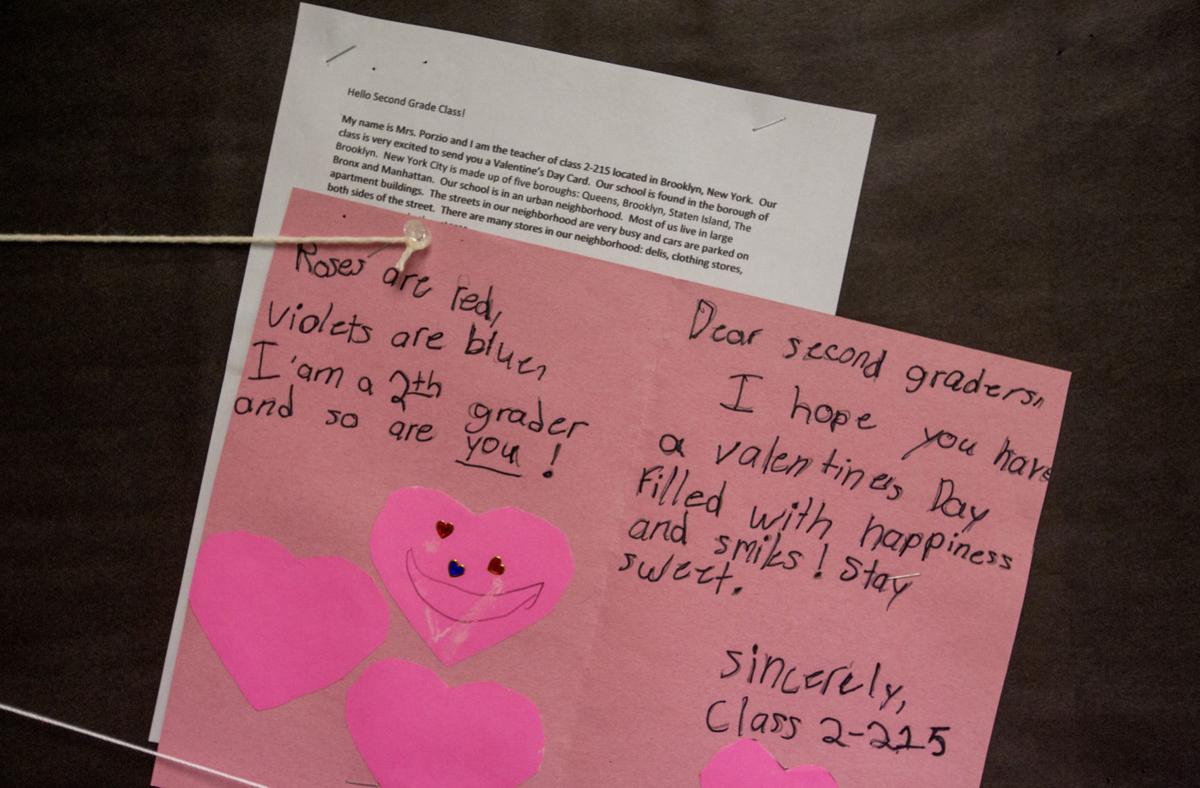 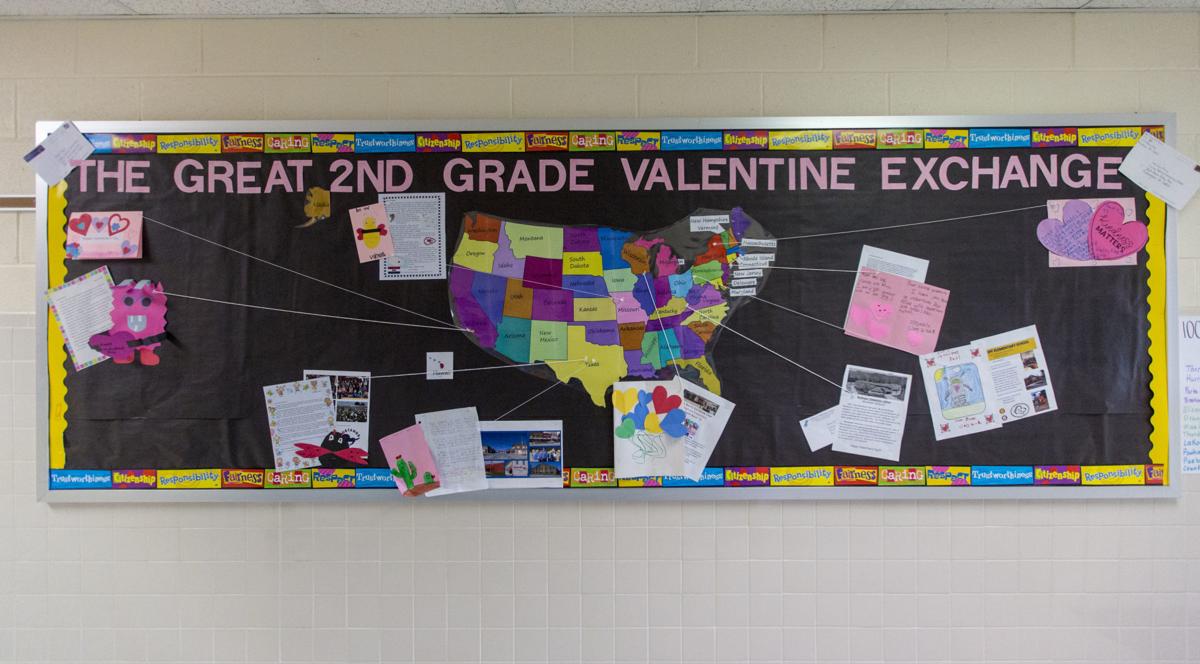 A copy of a valentine sent by Lacey Spring Elementary School second-graders in Kim Price and Mary Ryder’s classes to other second-graders around the nation sits on a table in a classroom.

LACEY SPRING — When second-grade students at Lacey Spring Elementary School started receiving valentines from students all over the country, they were most amazed by the differences in school cultures they encountered.

For example, a letter and valentine from students at a small rural school in Texas said, “We have five first graders and seven second graders in our class.”

That came as a surprise to second-grader Molly Kinghten, who has only ever been in a single-grade classroom.

“And there was a class that had a distinct hunting dog as its mascot,” Molly said while pointing to the specific letter hanging on a bulletin board outside of her classroom.

Students at Lacey Spring and Elkton Elementary School are participating in a national valentines exchange. Teachers get a list of schools and send letters and handmade valentines to schools across the country. Those schools then write back, and as a result students get to learn about states, cities and school environments they may have never experienced before.

The idea for the valentines exchange at Lacey Spring came from second-grade teachers Kim Price and Mary Ryder. The two are members of a teachers blog, and both happened to be online at the same time and discovered that a valentines exchange was going to happen and they wanted to take part for their kids.

Each teacher sent out 25 letters and valentines and are expecting as many back. So far they’ve received about half a dozen, and each time one comes in the teachers read it to the students and then hang it on the bulletin board with a string pointing to where in the country it is from. They’re even expecting a letter and valentine from Canada.

“We’ve been learning about letter writing and the differences between rural, suburban and urban areas,” Price said. “The kids are so excited.”

The letter that was sent out by Lacey Spring talked about the Shenandoah Valley, the fact that Lacey Spring has 220 students, and then it listed some of the school’s positive points.

A handwritten letter from a student in Rising Star, Texas, said, “Our state bird is the mockingbird, and our state flower is the blue bonnet. Texas holds a lot of rodeos.”

Another from students in Chula, Missouri, correctly identified their state as the home of the Super Bowl-winning Kansas City Chiefs.