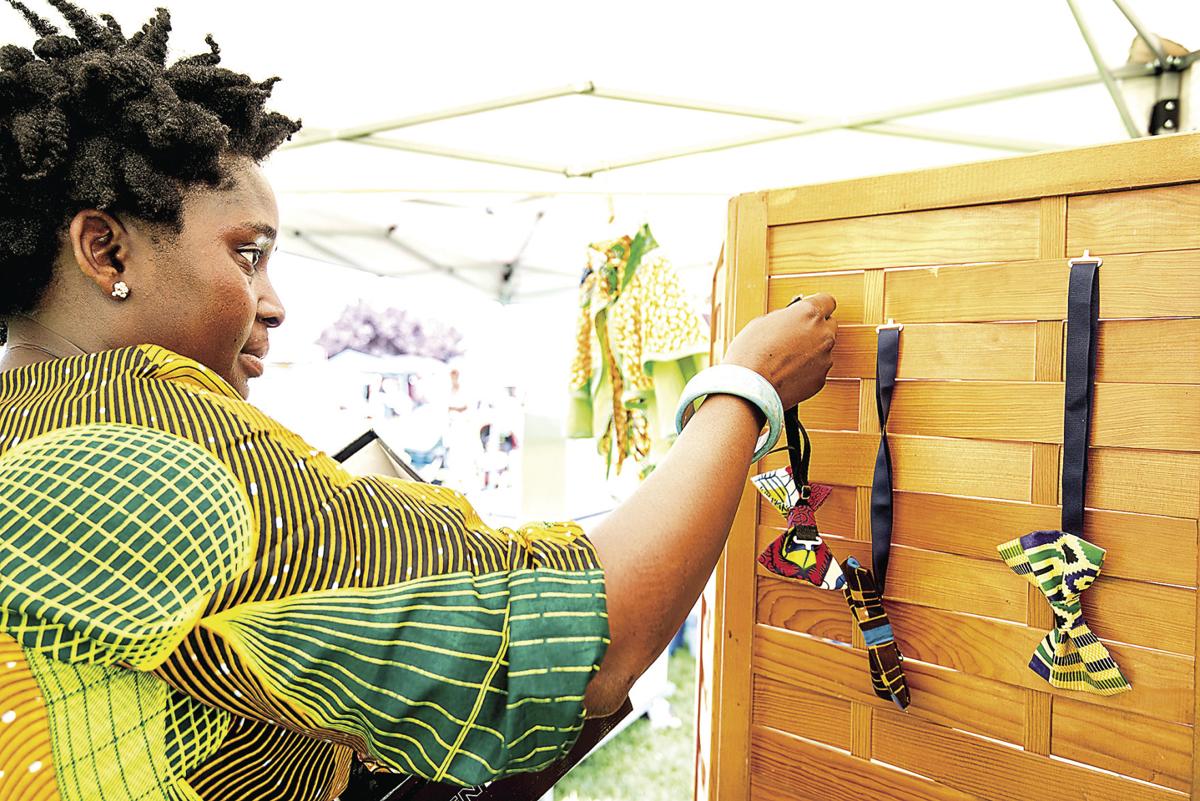 Jackie Oduro hangs bow ties as she sets up her booth for Saturday’s African-American Culture Festival, held at Ralph Sampson Park. Hundreds of people attended the event, the 24th time it’s been held. 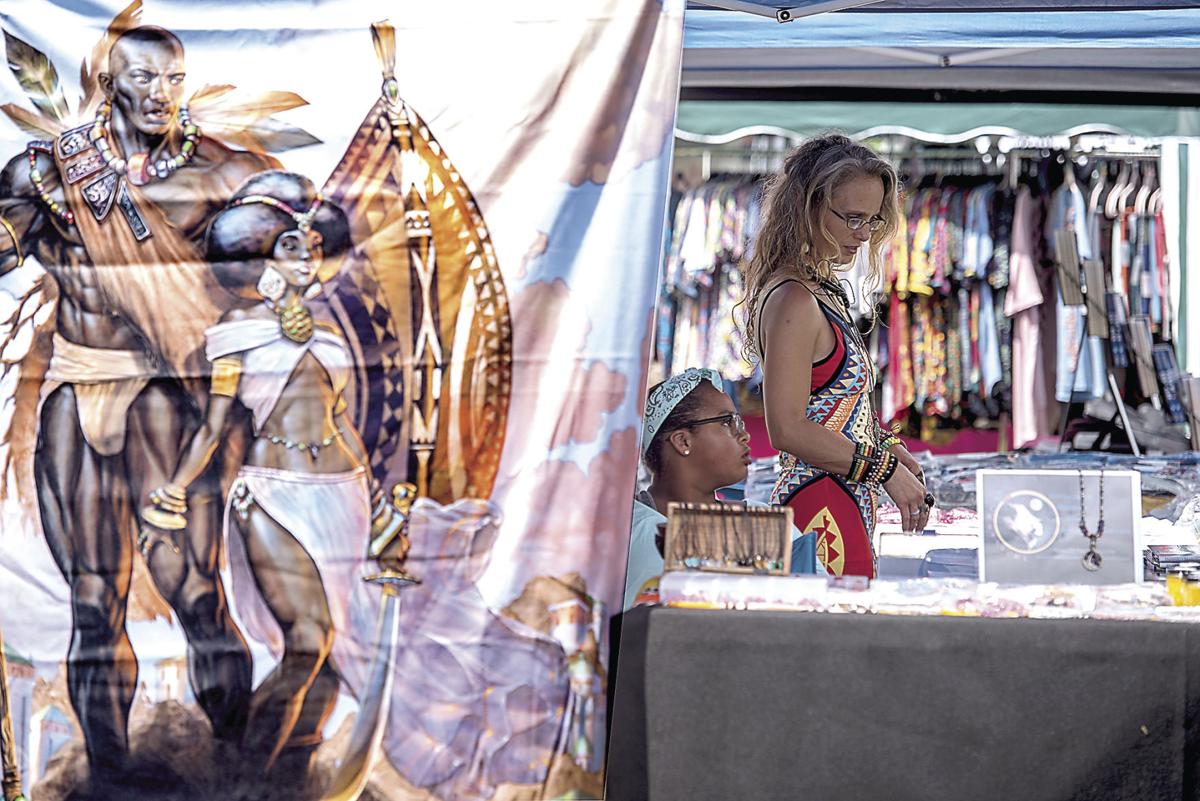 Jackie Oduro hangs bow ties as she sets up her booth for Saturday’s African-American Culture Festival, held at Ralph Sampson Park. Hundreds of people attended the event, the 24th time it’s been held.

HARRISONBURG — For Don Burgess Sr., it’s not the food, vendors or music that bring him back to the Harrisonburg African-American Culture Festival every year.

It’s the sense of community.

“Every time I come back, I see some friends I haven’t seen,” the city resident said. “I like the way the thing’s set up, and I like the way people communicate together.”

Burgess was one of hundreds of people to come to Ralph Sampson Park outside the Lucy F. Simms Continuing Education Center on Saturday for the 24th installment of the festival.

Carol Johnson Raymond, chairwoman of the festival planning committee, said this year’s event was one of the largest.

“This is probably the biggest one we’ve had in a very long time, if ever,” she said.

As bands played, visitors perused vendors selling a variety of wares, from clothing and jewelry to soaps and books.

Among the vendors was Jackie Oduro, a native of Ghana who moved to Fauquier County about nine years ago.

Oduro, 35, was at the festival for the first time, selling the cloth ties, skirts and dresses she sells through an Etsy shop online.

“It’s my first time doing the show, and I wanted to put myself out there,” she said.

Raymond estimated that about 60 vendors came to the event, with a few last-minute cancellations due to heavy rain on Friday.

Not all booths were selling items. Several community organizations set up shop to educate visitors about their services.

Groups such as the Shenandoah Valley Workforce Development Board, Valley Rotary clubs and Roberta Webb Child Care Center were reaching out.

Walking along the line of organizations, it was easy to mistake the man at one both as Frederick Douglass.

A closer look reveals Nathan Richardson, with a thick white beard, long white hair, and 19th-century clothing. Richardson, of Suffolk, dressed the part of the famed black writer, orator, and abolitionist to educate people about Douglass.

“He reminds us of the accomplishment of African-Americans,” he said. “It gives evidence that regardless of your education, you can still do great things.”