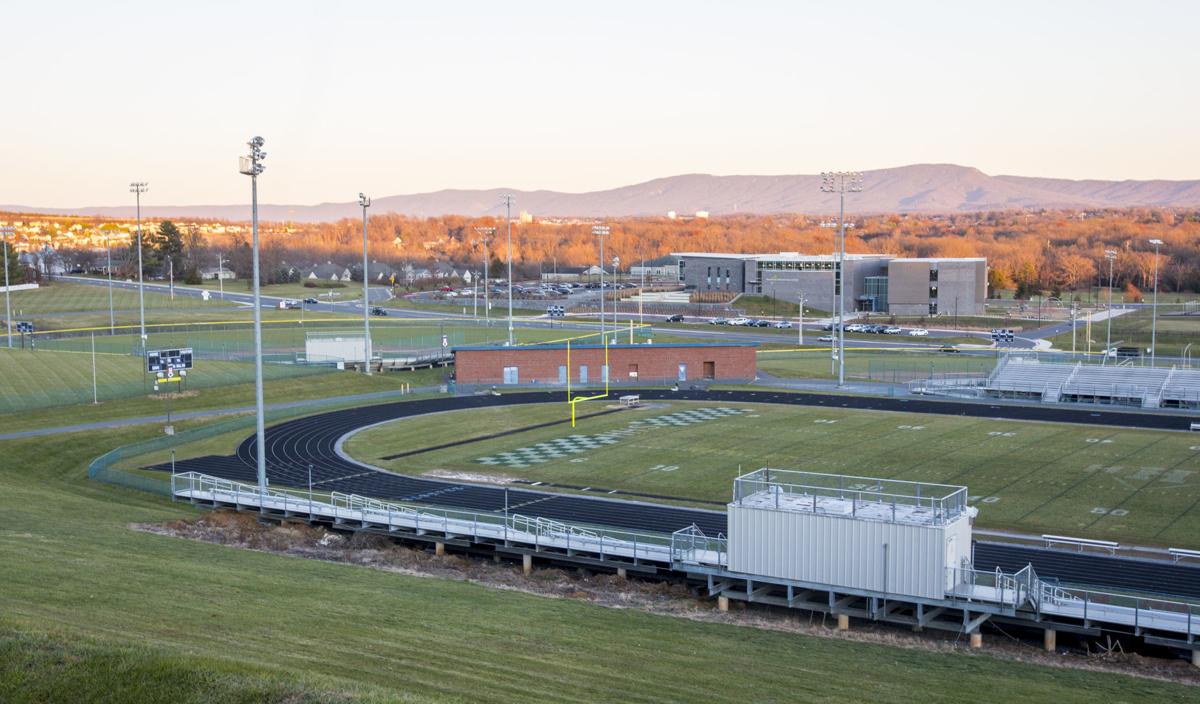 One proposed plan for building a second high school for city students would mean Harrisonburg High School would share its athletic facilities with the new school, presenting challenges for sporting events. 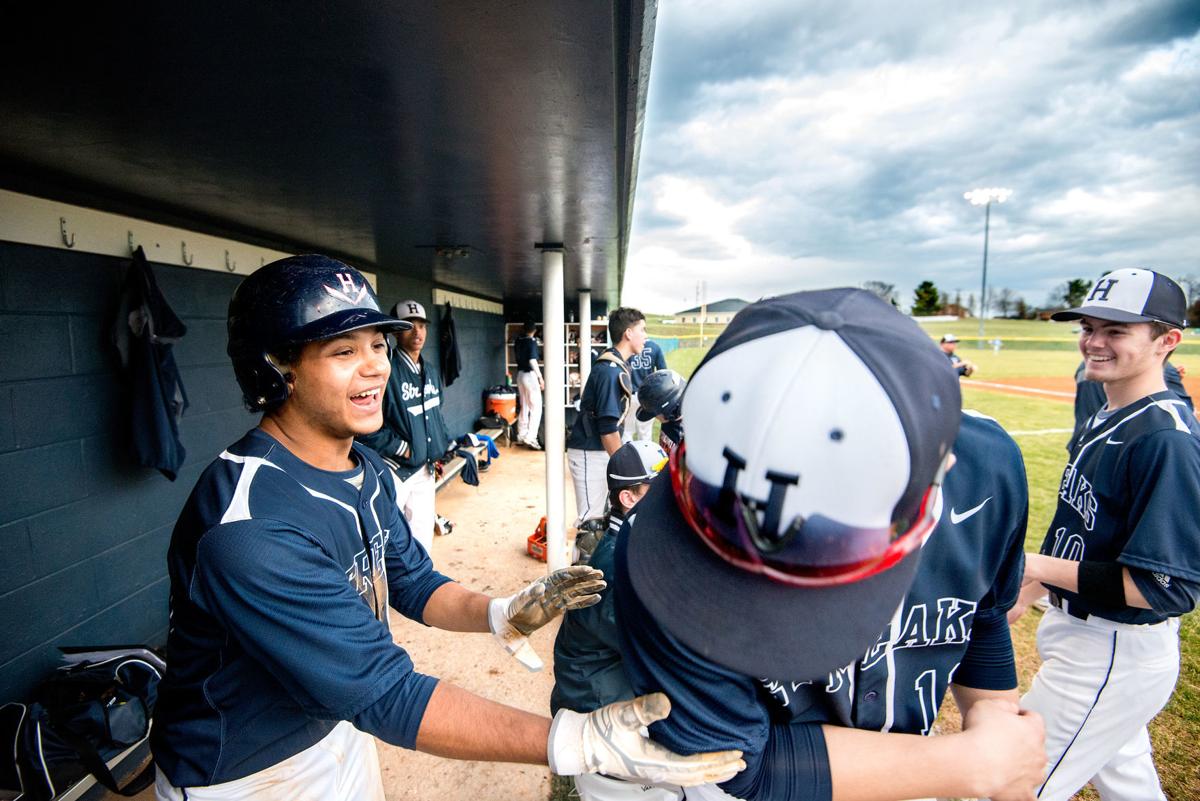 Marcus Robinson-Jenkins jokes around with Christian Whitelow after scoring the first point of the Harrisonburg baseball game against Millbrook in March 2017. 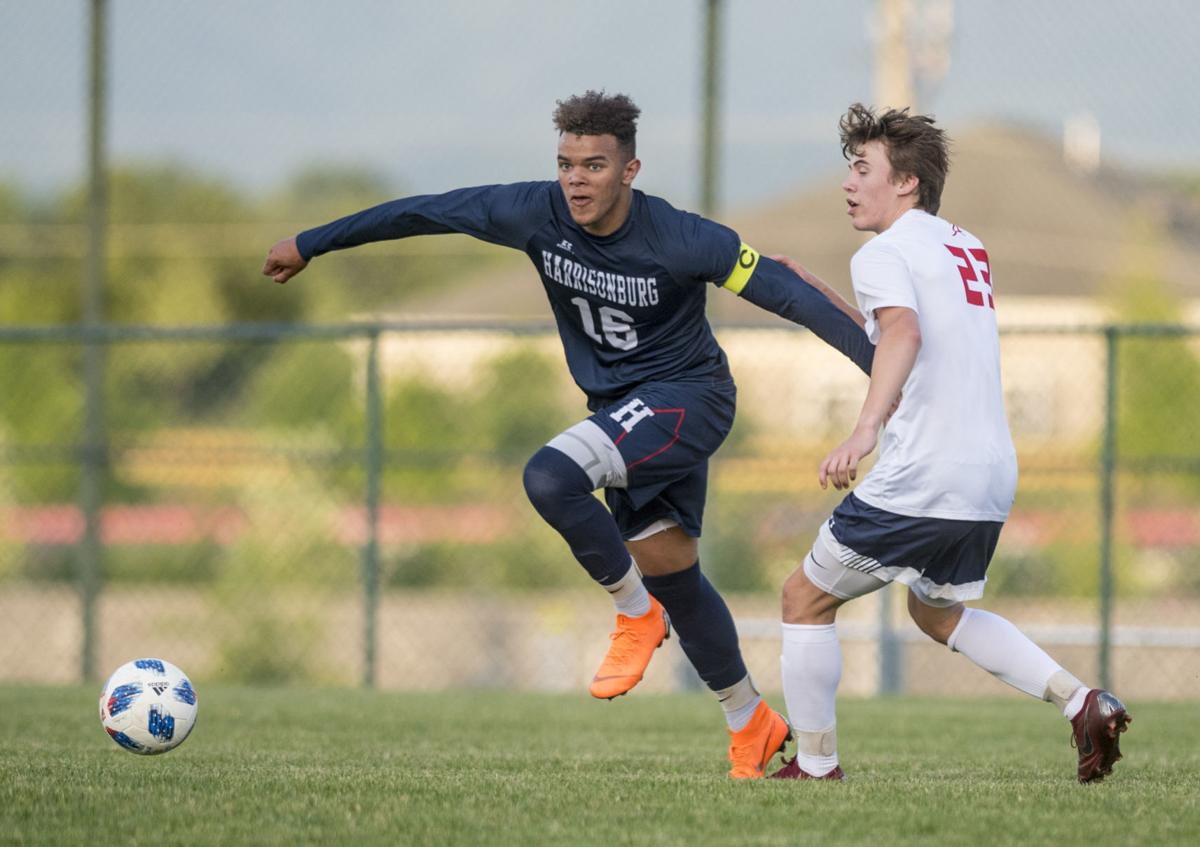 Harrisonburg's Micah Yutsy makes space against Albemarle's Brandon Mahon as he looks for an open teammate in a May soccer match. 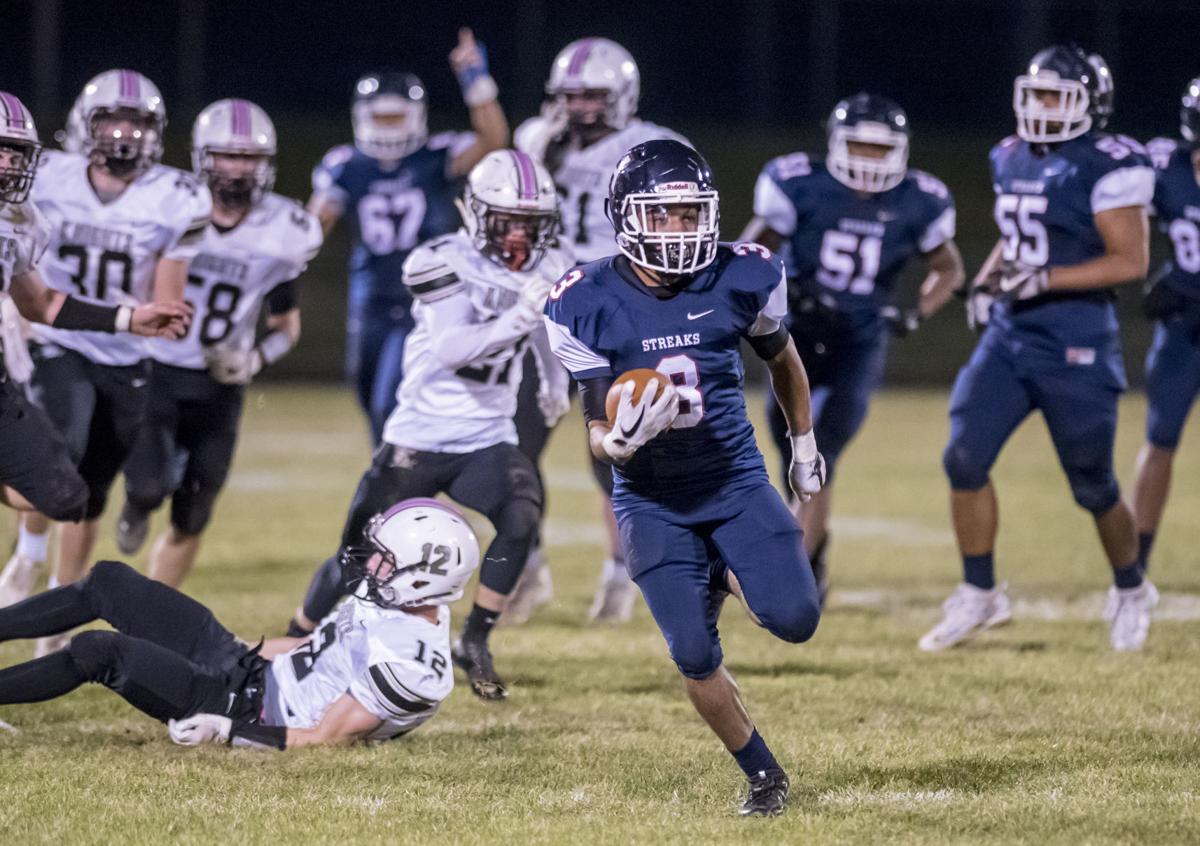 Harrisonburg's Victor Lynch breaks away from the pack on a long carry in November 2018.

One proposed plan for building a second high school for city students would mean Harrisonburg High School would share its athletic facilities with the new school, presenting challenges for sporting events.

Marcus Robinson-Jenkins jokes around with Christian Whitelow after scoring the first point of the Harrisonburg baseball game against Millbrook in March 2017.

Harrisonburg's Micah Yutsy makes space against Albemarle's Brandon Mahon as he looks for an open teammate in a May soccer match.

Harrisonburg's Victor Lynch breaks away from the pack on a long carry in November 2018.

When City Council unanimously voted on Nov. 26 to allow city residents a chance to give input on a proposed new high school in Harrisonburg, the idea came from Councilman Chris Jones, who pointed to many emails and phone calls from residents who wanted to voice their opinion on the matter as the reason.

They'll get a chance to do that Tuesday, when the city hosts a public hearing during the City Council meeting at 7 p.m. before it votes.

And while many around the city are split on the idea of a new school, one proposed plan would cause quite the headache for second-year Harrisonburg High School athletic director Brandon Burley.

One plan Council has proposed is building the school in two phases, which would mean the city would take on around $97.1 million as opposed to $104.8 million in new debt.

As a result, however, the two schools would be forced to share Harrisonburg High School's current athletic facilities until the new school's fields are completed.

While football scheduling could likely be alternated each week, with one school playing on the road while the other plays its home games at Dr. Walter F. Green III Field, it's the spring season that would likely cause issues for Burley and other area ADs.

Currently, all Valley District games are played on Tuesdays and Fridays in the spring. If another school needed the fields, too, it would have to play on Mondays and Thursdays.

"Due to the field being used four days a week for games, it would definitely impact practice locations and times," Burley said. "Rain dates would become Wednesdays and Saturdays."

Turner Ashby High athletic director Will Crockett said he didn't know enough about the specific situation with the new school to offer an opinion, but said the proposed plan raises a lot of questions.

Outside of practice locations and maintaining the fields throughout the season, Crockett said schools must also be prepared to host out-of-season practices as well.

Crockett said his biggest concern would be what to do about weather postponements.

"Spring scheduling is a juggling act with one school," Crockett said. "A shared facility will mean that almost every night, [a game] must be scheduled. When weather forced a game to be moved, what is the plan? That will be the single biggest problem. There are scenarios in numerous sports that will be difficult to resolve in shared facility situation."

Another detail Crockett brought up was the school's signage around the facilities.

He said the Turner Ashby campus is decorated with various school logos around the facilities, and while it may seem like a minor issue, it's one that will be a concern.

"It sounds small," Crockett said, "but it's something people will notice."

Spotswood athletic director Tim Leach said he knows what officials from the school would be facing "has a lot of layers to it," and Crockett called it a "daunting task."

Storage of equipment, weight room access and capacity, how the teams will share film rooms and coaches offices were some of the other topics brought up by Crockett.

Leach also said the bands from each school need a place to practice, and concession stand sales suddenly become tricky with who earns the profits.

The training room scenario is another one of many issues Burley said will need to be looked at.

"It would need to be evaluated to see what's best for our student athletes," he said.

Burley praised the work of the current field crew at HHS and said it has done a great job maintaining the fields.

So changes are inevitably coming for high school students in Harrisonburg, and while it's unclear which direction it'll go, the two-phase plan of a new school could cause issues with athletics.

Like many, however, Burley said he simply wants what's best for the students.

"I think everyone would like a resolution soon, rather than later," he said. "However, it's important that a decision is made that benefits our students and our community."

The current high school site was selected for expansion. Once it was too small for the enrollment, the land was large enough to add other structures. Any other extra space needed, is available across the street. No, not the golf course that has been thrown out there by ex-Mayor and tax denier Jones. Leave that alone. There is space directly across the street for sale as well.

It is typical that this city council felt so good about a new high school....until they have to figure out how to pay for it. Now they are letting the “athletics” issue “tail” wag the “dog” of expansion. If HHS has to be 4a or whatever, they could play the medium sized local teams for the most part and meet other large teams in the playoffs. Set a maximum distance you want them to go and live with that.

And why does Harrisonburg need so many expensive new schools? Far too many immigrants and refugees have been welcomed into the City and the over abundance of student housing has given them a place to live. And why has the school board selected such a horrible site for the new school? Because they are foolish.