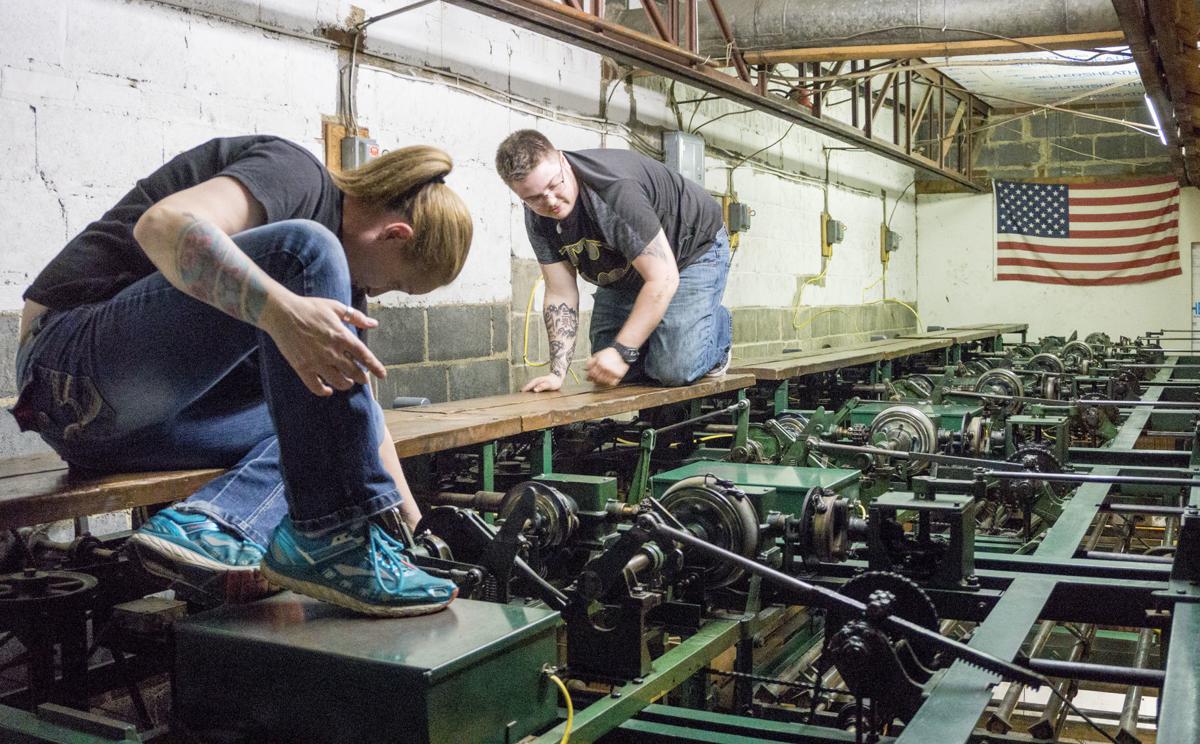 Tina Bowman (left), the owner of Shenandoah Bowling Lanes, and Kayden Martin, an employee, work to correct an issue in the pin machine on Saturday night. 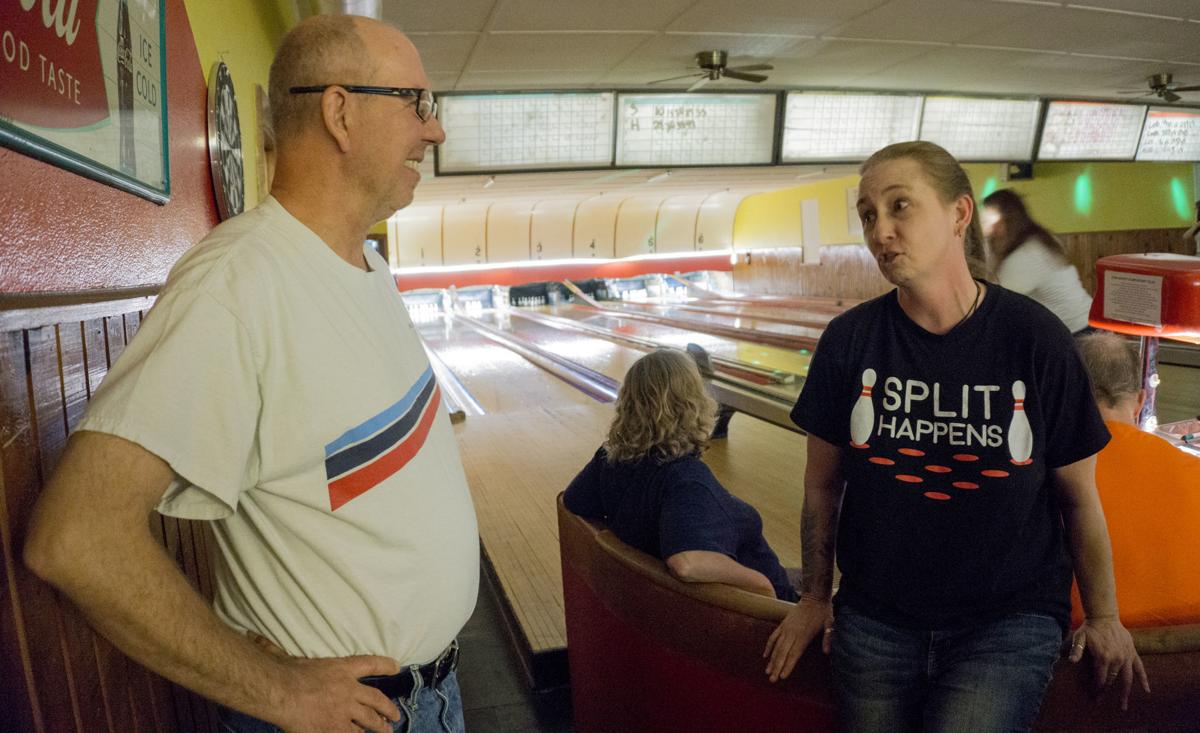 Tina Bowman (left), the owner of Shenandoah Bowling Lanes, and Kayden Martin, an employee, work to correct an issue in the pin machine on Saturday night.

HARRISONBURG — Tina Bowman’s 5-year-old first cousin-once removed Aubrey didn’t want to see her leave town to open an eatery. But Aubrey saw a way both could win. Aubrey told Bowman about a bowling alley located on the second floor of 5904 Main St. in Mount Jackson.

Bowman reopened the venue in August and has hosted numerous birthday parties, holiday events, church groups and a weekly duckpin bowling league since then.

The alley was originally opened in 1948, and Bowman’s uncle was a “pinboy,” who would sit at the back and set back up the pins. The original owner, Roland Walters, ran the alley from 1950 to 2005.

Bowman, who was raised in Mount Jackson, frequented the alley as a child.

After Walters’ ownership, the alley changed hands until becoming derelict before Bowman reopened it.

Duckpin bowling uses the same number of pins but on a smaller scale and allows the competitors have three throws instead of only two.

Formally called Shenandoah Bowling Lanes, the bowling alley does not allow smoking or drinking, which encourages a family-friendly atmosphere.

The renovated kitchen space has air fryers, and Bowman makes a variety of dishes, including grilled sandwiches, pesto pizzas and a secret family recipe for chili. Bowman’s niece, Lily, also helps her with the cooking occasionally.

The other employee is Kayden Martin, 24, of New Market, who has been duckpin bowling since the age of 4. Martin and Bowman’s friendship grew stronger as Martin frequented the Mount Jackson lanes.

“I came up here every week and eventually [Bowman and I] became friends,” Martin said.

Bowman eventually showed Martin the machines that reset the pins and return the balls. Martin was immediately interested.

“When she went back there to show me the machines, something ticked in my brain where I really wanted my hands on them and work on them and learn how the mechanisms work together,” he said.

Just as the bowling alley drew in Martin, Bowman sees it as another draw for people and their money into Mount Jackson.

Bowman’s goal is to continue to make the lanes a gathering spot for locals.

“You find yourself going to Harrisonburg, going to Winchester to find something fun to do,” she said.

Now, many frequent the lanes, including those who bowled in the alley in the past.

“I had a woman come in [Friday], I bet she was in her 70s, and she said it was like stepping back in time for her,” Bowman said. “She absolutely made my day.”

But none of this happened overnight.

After Aubrey’s insistence, Bowman reached out to the landlord if the building, Peter Shoemaker. When she toured the location, it had not been touched in three years.

“When I told Mr. Shoemaker what I wanted to do, he told me to go for it,” she said.

“I put my love all over this place,” Bowman said.

Danna and Shane Smith are the owners of Smith & Co. trading post, a business that opened below the lanes a little more than two weeks ago.

“It brings a nostalgic atmosphere to the place,” Shane Smith said. “Even when I’m in the back doing paperwork at night, I’ve only been here two weeks and I don’t even hear it anymore,” he said.

The Smiths share Bowman’s approach to local businesses supporting each other in Mount Jackson.

“It’s been like a little family. Everybody here looks for out each other,” Shane Smith said.

Bowman, who was raised in Mount Jackson, also is grateful for the community.

“The community support has just been amazing,” she said. “Seriously, I grew up here; I want to see the small businesses make it.”