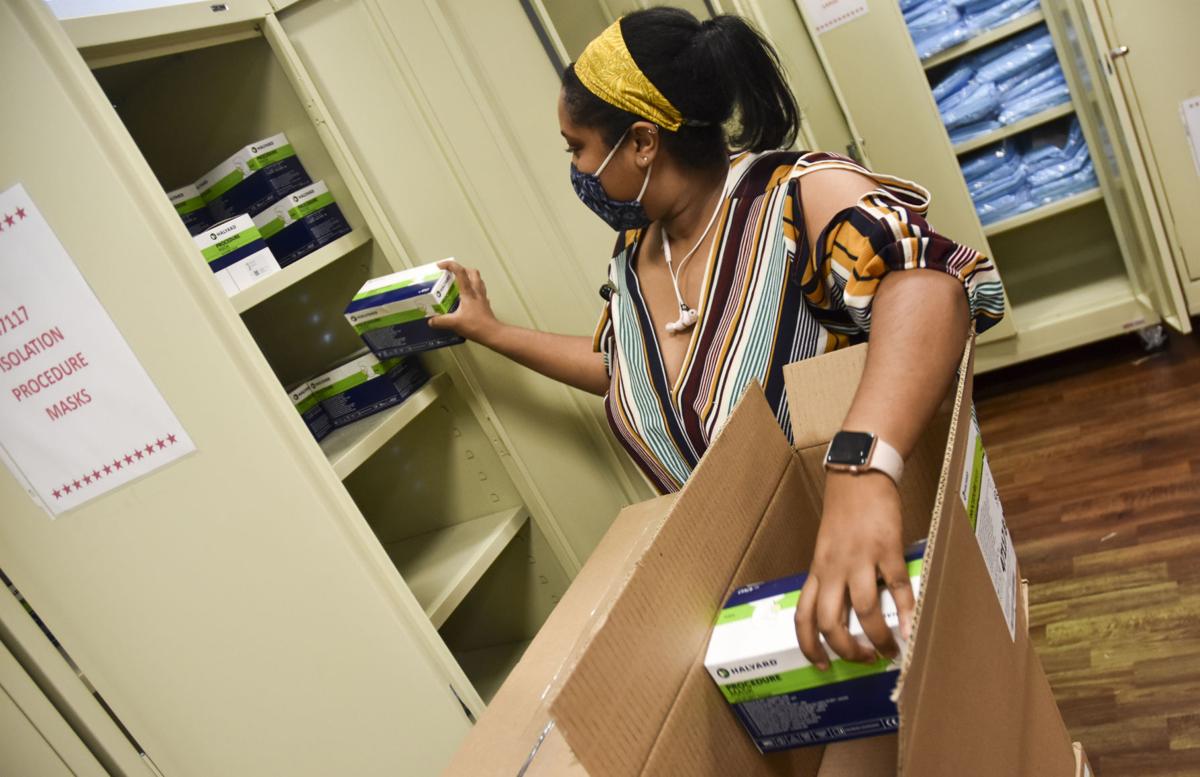 Rachel Thomas, a business analyst in the surgery administration, stocks shelves of Sentara RMH's PPE "Store Front" on Monday. The "Store Front" is constantly visited throughout the day by Sentara RMH staff members to keep PPE on hand in whatever part of the hospital they may work in. 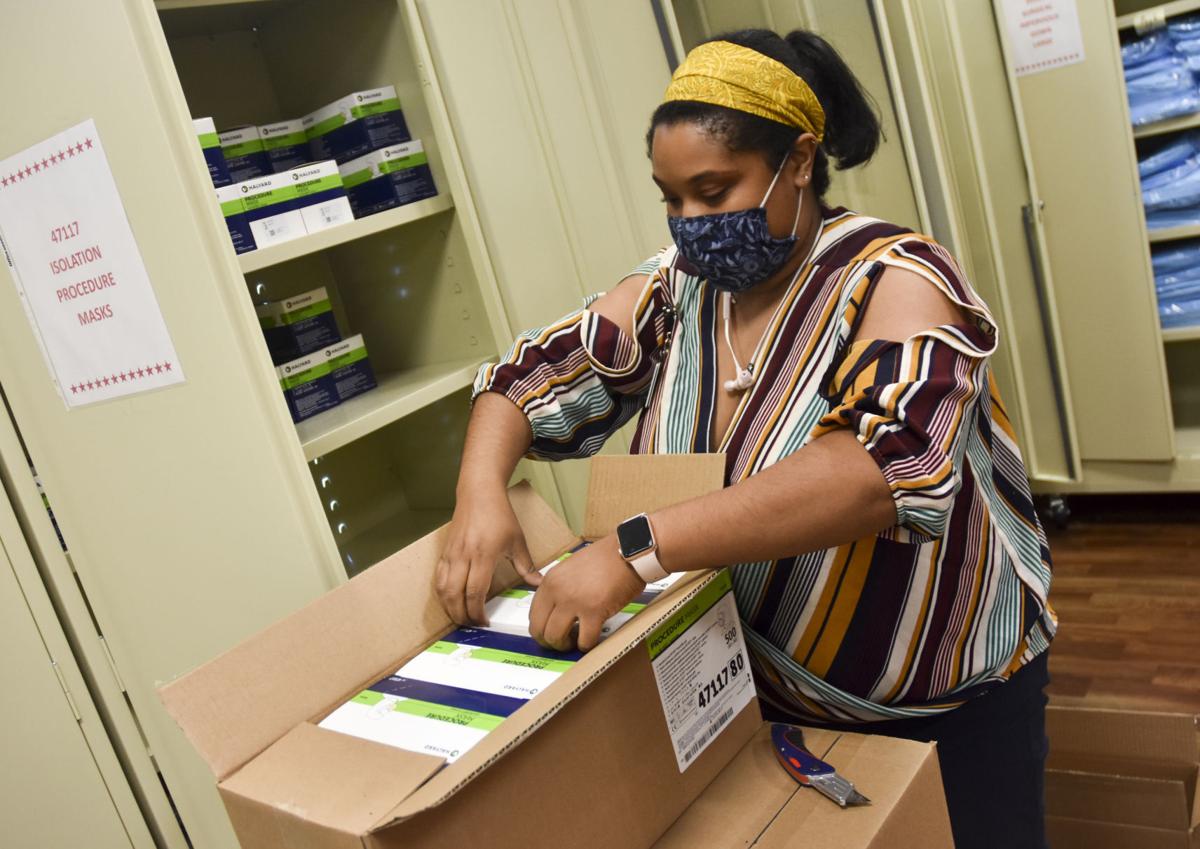 Rachel Thomas, a business analyst in the surgery administration, opens another box of face masks to continue stocking the shelves of Sentara RMH's PPE "Store Front" on Monday.

Rachel Thomas, a business analyst in the surgery administration, stocks shelves of Sentara RMH's PPE "Store Front" on Monday. The "Store Front" is constantly visited throughout the day by Sentara RMH staff members to keep PPE on hand in whatever part of the hospital they may work in.

Rachel Thomas, a business analyst in the surgery administration, opens another box of face masks to continue stocking the shelves of Sentara RMH's PPE "Store Front" on Monday.

In the early days of the COVID-19 pandemic, a plethora of problems created delays for health care providers trying to obtain personal protective equipment such as medical gowns, masks and gloves.

However, after months of the pandemic, many problems in the PPE supply chain have diminished, according to state health care groups.

“At the beginning of the pandemic, there was a range of supply chain issues with respect to acquiring PPE,” said Julian Walker, the vice president of communications for the Virginia Hospital and Healthcare Association.

These issues ranged from the logistics, availability in America, and a lack of a coordinated government response, according to Robert Saunders, the director of supply chain for Sentara Healthcare.

Walker said many different kinds of people and businesses came “out of the woodwork” promising to help fill in the supply gaps, and the association worked to determine legitimate vendors of quality PPE.

Sentara Healthcare, like other health care firms in the commonwealth and across the country, had to become more creative in PPE acquisition, Saunders said.

“We’ve had to go outside of our normal distribution channels to source PPE,” Saunders said. “It’s definitely been an eye-opener.”

Saunders added that at the beginning of the pandemic, health care providers often had to compete against each other to obtain PPE, but now firms have taken a “more collaborative” approach. Together, firms buy in bulk and then split the resources among themselves, according to Saunders.

And it wasn’t just health care providers that needed, or struggled, to obtain PPE during the pandemic.

“Access to PPE throughout the pandemic has been cyclical for us,” Maureen Pearson, vice president of marketing and communications for Virginia Mennonite Retirement Community, said in an email.

VMRC, like many retirement communities and other nursing homes and assisted living facilities, enacted a wide array of measures and rules to reduce the chance that COVID-19 could reach their campuses, including requiring staff to wear or use PPE throughout the day when interacting with residents.

Assisted living and nursing homes have been hit hard by the virus, of which most of the victims tend to be older in more fragile health, according to data from the Centers for Disease Control and Prevention.

“In April, there were delays with gown orders, then in July, obtaining gloves became difficult. When gloves became more readily available again, they were more expensive,” Pearson said.

These sort of PPE price fluctuations were seen across the commonwealth, according to Walker.

In July, the the Virginia Hospital and Healthcare Association engaged in discussions with manufacturers to make sure the supply of PPE would be closer at hand by increasing production in Virginia, according to Walker.

“Both for the economic benefit and again, so there’s a reliable” supply of PPE in the future, he said.

A group called GENEDGE has also been working to leverage federal funds to jump-start PPE production in the state, Walker said.

Despite the progress and gains that have been made in ironing out issues in the PPE supply chain, there are still issues that exist, according to Walker.

And Saunders and Walker said there is vigilance among health care providers as they watch for a potential spike in the need for PPE as flu season approaches and the pandemic drags on.

Saunders said Sentara is now in a “slightly more comfortable position than three or four months ago” in PPE supply.

“We are certainly securing enough PPE to make sure we are prepared for any type of surge we may see from COVID-19,” Saunders said.