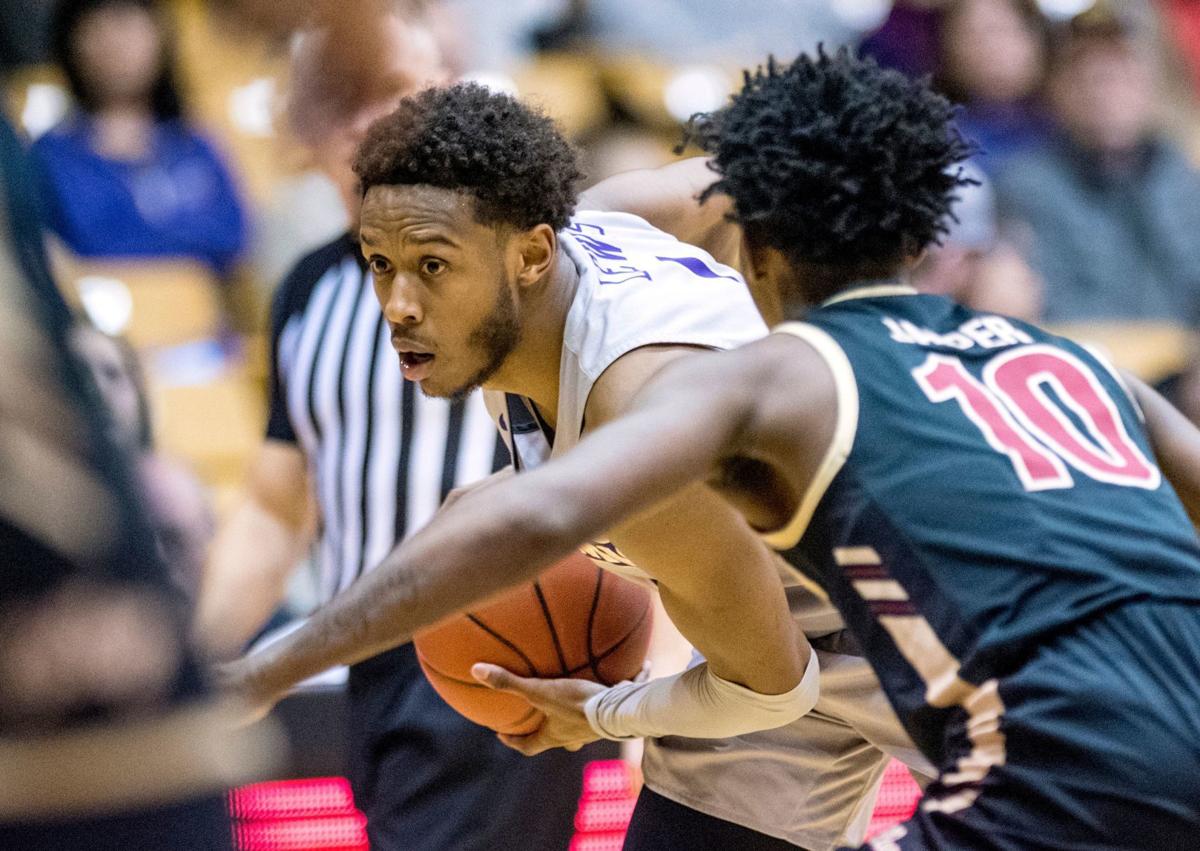 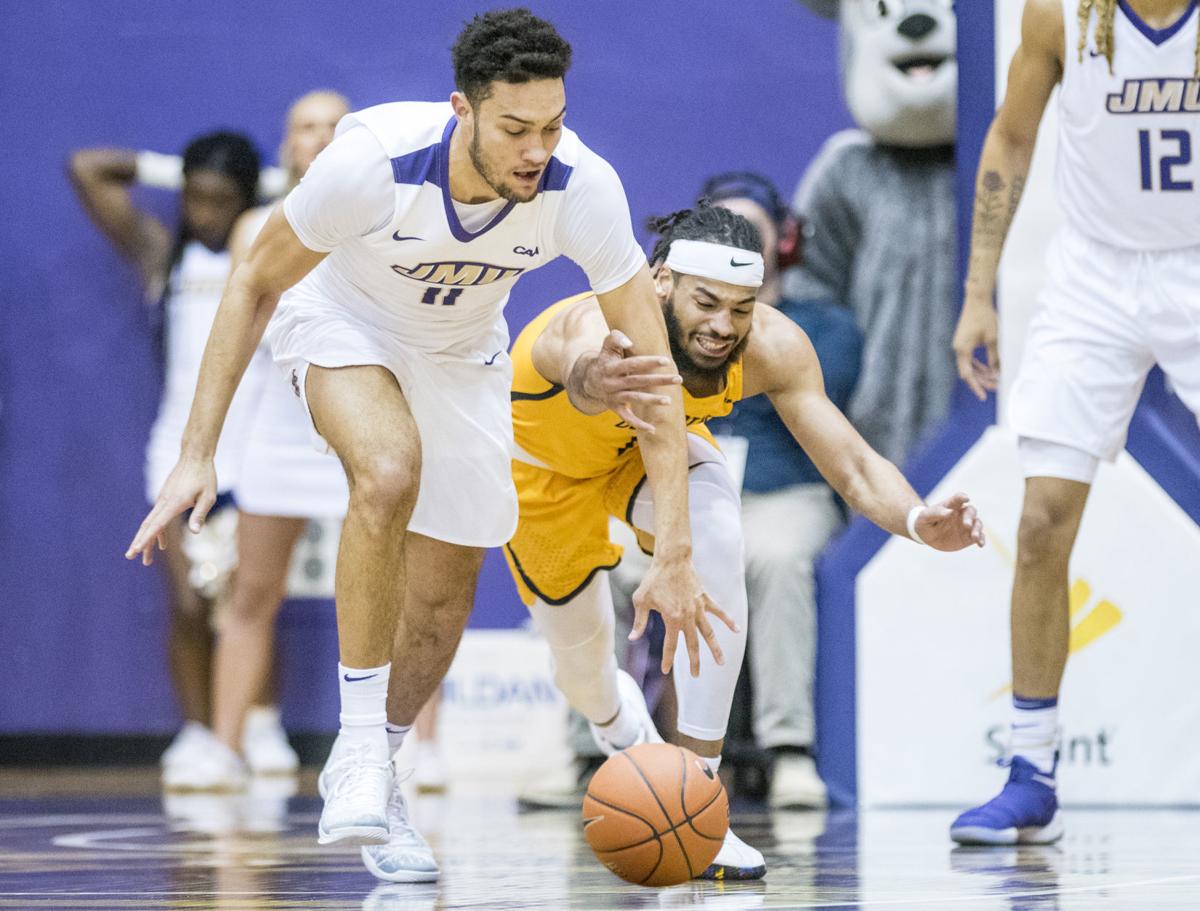 James Madison’s Zach Jacobs (left) and Coppin State’s Chad Andrews-Fulton chase down a loose ball last year in Harrisonburg. JMU players have addressed the cause of racial injustice in the United States in a variety of ways.

James Madison’s Zach Jacobs (left) and Coppin State’s Chad Andrews-Fulton chase down a loose ball last year in Harrisonburg. JMU players have addressed the cause of racial injustice in the United States in a variety of ways.

James Madison basketball players are excited the return to their sport may be in sight. But that doesn’t mean they are ready to move along and away from social justice issues that have captured attention during the spring and summer of 2020.

JMU men’s and women’s basketball players are scheduled to begin voluntary on-campus workouts July 20, their first such team activities since college sports were essentially shut down in March upon the outbreak of COVID-19 in the United States.

In the meantime the Dukes have been involved in various types of activism for racial justice and equality following the killings of George Floyd, Breonna Taylor and many others. They hope that cause remains in the public eye even as sports return.

“A lot of people are starting to take action and fight for change,” JMU senior guard Matt Lewis said. “That’s just one step and we have to keep it going. Black Lives Matter is not just a moment. It’s a movement.”

Lewis, who is from Woodbridge, participated in peaceful protests in Manassas and was among several JMU athletes who signed petitions that led to JMU president Jonathan Alger’s urging of the university Board of Visitors to change the names of three campus buildings honoring Confederate military men.

How exactly sports fits into the social movements is something that many Dukes have considered.

“How can we use our platform as athletes to more proudly and intentionally advocate,” Morgan Smith, a graduate student who transferred to JMU from Georgetown to play her final college basketball season, said. “I think right now the biggest thing is just education and being able to educate people who might not understand yet and create more spaces where we can talk to each other.”

Some have participated in the movement in a variety of ways. Both the men’s and women’s hoops teams produced videos calling for unity and equality. Nikki Oppenheimer, a junior guard on the women’s team spearheaded the video production and also participated on a panel discussion held by JMU on athletics and social justice.

“I just felt like there was more that I could do and I decided to do this video,” Oppenheimer said. “I decided to get the team to be in it. Then it was more like a united front and a stand against everything that is going on.”

Many JMU athletes said they hadn’t experienced overt racism or discrimination in or around Harrisonburg, though encountering symbols such as the Confederate flag have led to some moments of discomfort. But there was a consensus that continued awareness was important to keep making progress and help with instances that are more systemic and perhaps unintentional.

“I’m glad the time has come that a lot of people who may not know what black people go through on a day-to-day basis, a lot of that is being brought to light,” senior forward Zach Jacobs, who is biracial, said. “There are a lot of people who culturally don’t understand these injustices exist. I hope that they see this and real change will start to be made.”

But issues of race remain on the players’ minds, even as they simply go through everyday activities in order to get ready for the season. Many said that particularly after Ahmaud Arbery was shot while jogging in Georgia, they felt more comfortable wearing team-issued gear when going out for runs themselves.

“I know that I am Black, that is how people are going to see me,” Smith said. “Some people, for whatever reason, sometimes that doesn’t end well. If I work out outside or in a new environment, I have to be aware, sometimes a Black kid out running is enough to be killed. It’s to a point where, OK, how can I be as cautious as possible? Maybe wearing team gear is a safety net. It’s crazy to have to think like that, but it is a reality.”