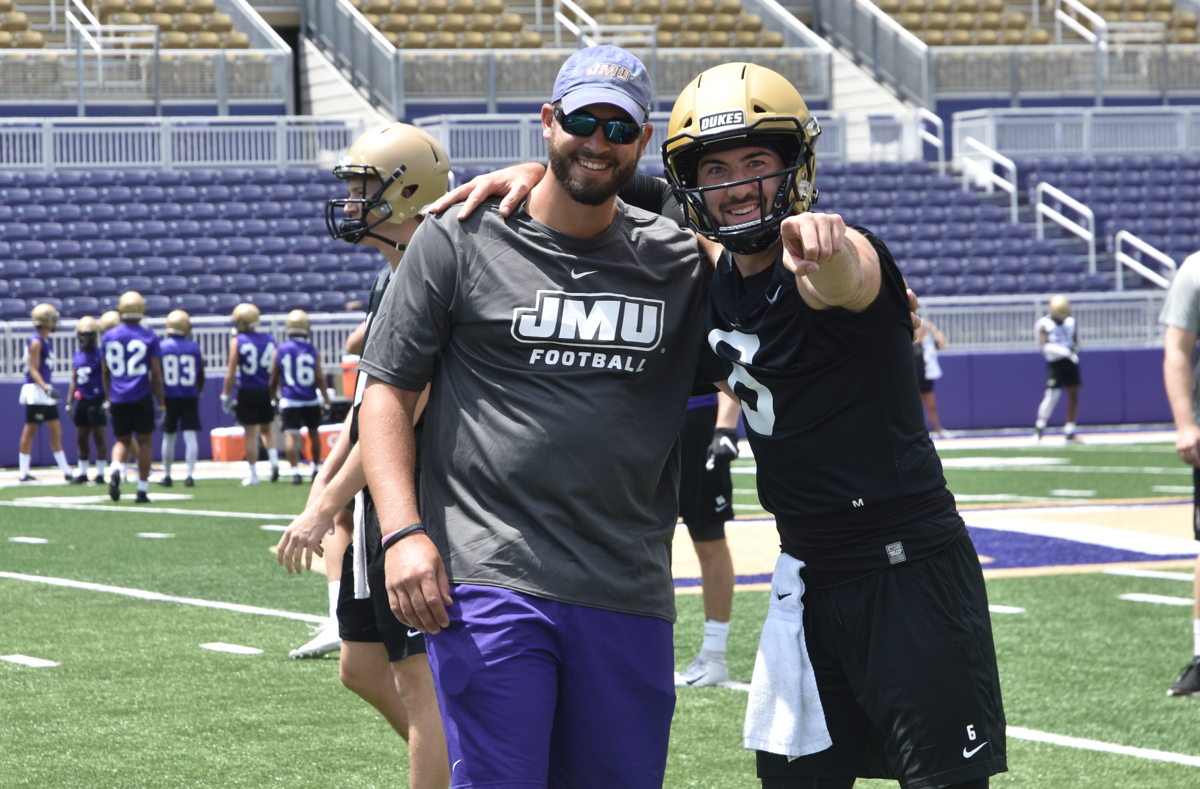 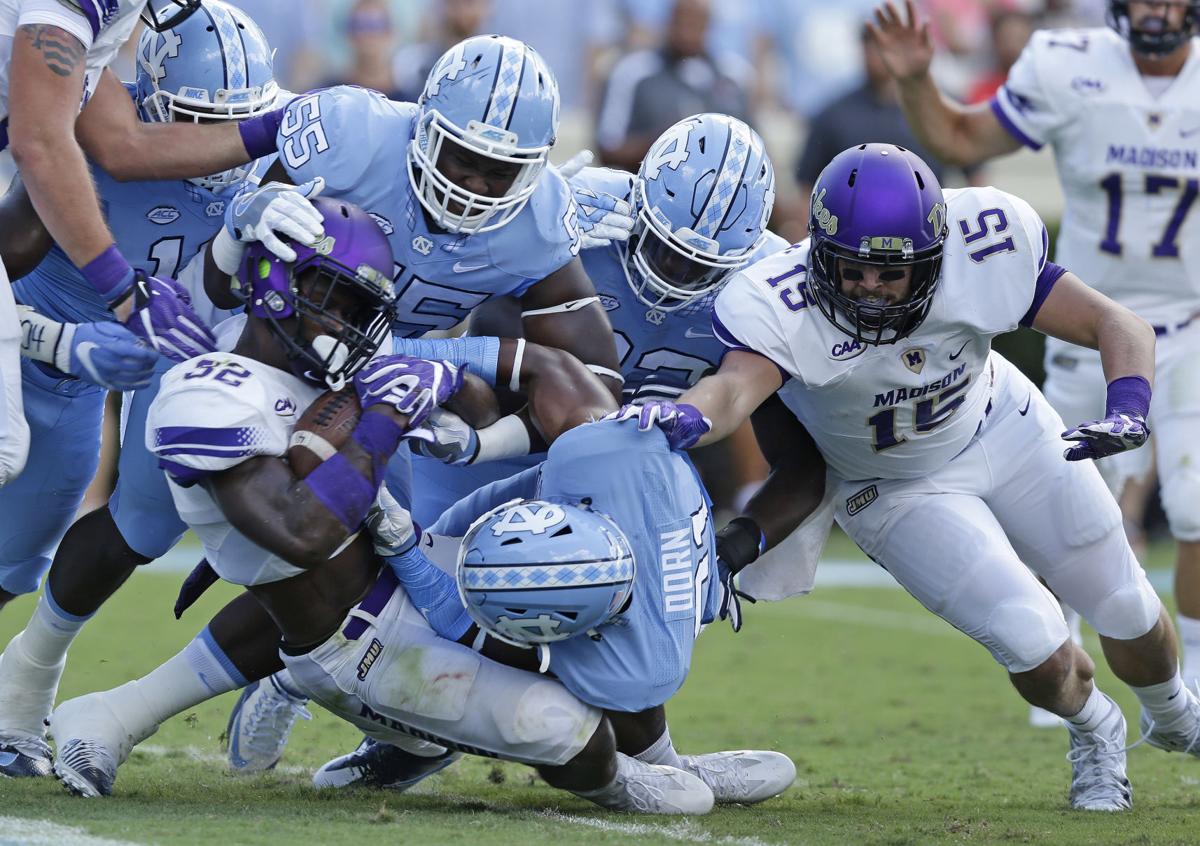 Up until Wednesday, Dan Schiele had been part of James Madison’s football program longer than any other current coach or player.

He spent the past eight seasons with the Dukes in a variety of roles, spanning four different coaching staffs. As a player, Schiele was a quarterback and then a tight end, and over the last four years he worked with the staff. He was a graduate assistant for two seasons and then an offensive analyst for the last two years.

“One of the first questions I asked Coach Lemn on my interview was, ‘What’s the culture of this team like?’” Schiele said. “He had everything good to say about it and that everyone is competitive, so it sounded a lot like the culture that had been built at JMU and that was one of the big reasons why it was OK.”

Though the decision for the longtime Duke – originally recruited to the school as a preferred walk-on by former JMU coach Mickey Matthews – was difficult, Schiele said Bridgewater’s winning history made it easier. The Eagles won the Old Dominion Athletic Conference in 2019 and reached the Division III playoffs that fall.

Schiele won a national championship during his playing days and helped JMU back to two more title-game appearances as part of the coaching staff. His stint as a graduate assistant came under former Dukes coach Mike Houston, whom Schiele played for and won the FCS crown with in 2016, and Schiele’s time an offensive analyst came with JMU coach Curt Cignetti.

“Coach Cignetti [and his staff] took a chance on me and I’m forever grateful that they kept me around,” Schiele said. “They could’ve very well said, ‘See ya. We’ve got our own guy.’ And for that, I’m forever thankful.”

Schiele’s job the past two seasons was vital, even though it came behind the scenes. His role of analyst had him scouting opposing defenses a week ahead and helping formulate an early game plan for whoever was next on the schedule. Other duties included creating practice scripts, breaking down film as well as preparing and updating playbook files.

“But I figured it was kind of time for me to get out of the nest, spread my wings and see how it goes,” Schiele said. “It’s not saying my job at JMU wasn’t important, but it’s not what I wanted. I want to coach. I don’t want to be an off-the-field guy, and so I figured it was time to go.”

The former tight end, who once hauled in three touchdowns catches in a 2016 game against Rhode Island, said he’s eager for the opportunity to coach a position group for the first time in his career.

With the Eagles, Schiele will get to tutor tight end Stephen Kloosterman, whose older brother Jonathan Kloosterman was a teammate of Schiele at JMU, in addition to Kyle Beck, who caught a touchdown as a freshman this past spring.

At BC, Schiele is reuniting with offensive line coach Kyle Rigney and linebackers coach Kyle Purkey. Rigney was the center on the Dukes’ 2016 championship squad and Schiele said he worked with Purkey, a former JMU student assistant and video coordinator, in the seasons afterward. Lemn is a JMU alum, too.

“It’s going to be fun,” Schiele said. “I’m excited. I’ve already created my group message with [the tight ends]. They’re excited. I’m excited. It’ll be special and it’ll be my first time with a position group. I’m sure I’m going to have a lot of ‘Should I do this? Or should I not say that?’ but it’ll be a learning experience and I’m excited about it.”

He said he plans to take what he learned throughout his eight seasons in Harrisonburg with him to BC.

James Madison will mostly play afternoon contests with the exception of its season opener on Sept. 4, when the Dukes host Morehead State in non-conference action at 6 p.m.

JMU’s first CAA contest of the campaign, on Sept. 11 against Maine, is scheduled for a 4 p.m. kickoff at Bridgeforth Stadium. The Family Weekend matchup against Villanova on Oct. 9 is slated for 2 p.m. and the Dukes’ homecoming contest, a non-conference bout against Campbell (Nov. 6.), will begin at 3:30 p.m.

Kickoff for JMU’s marquee non-conference road trek to defending Big Sky champion Weber State on Sept. 18 will be announced at a later date.