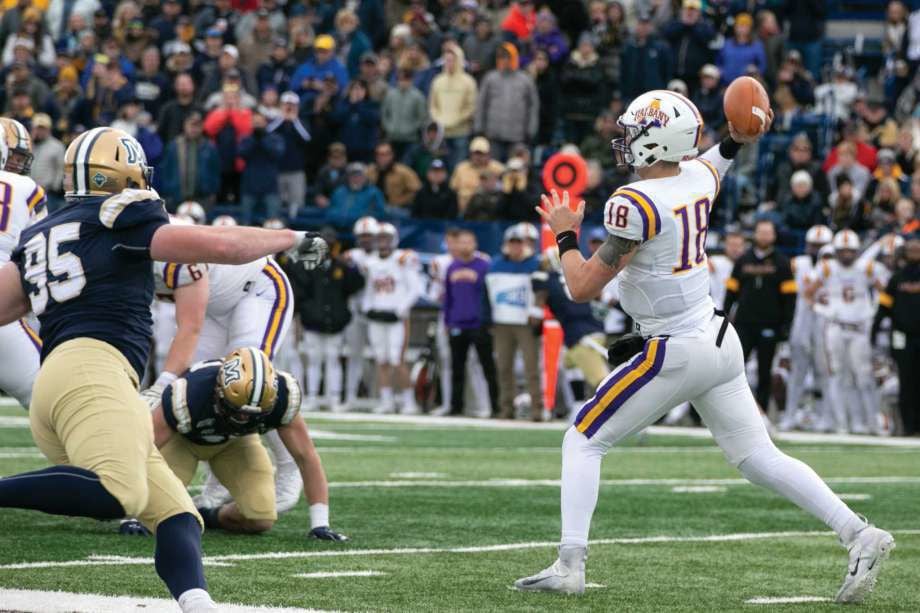 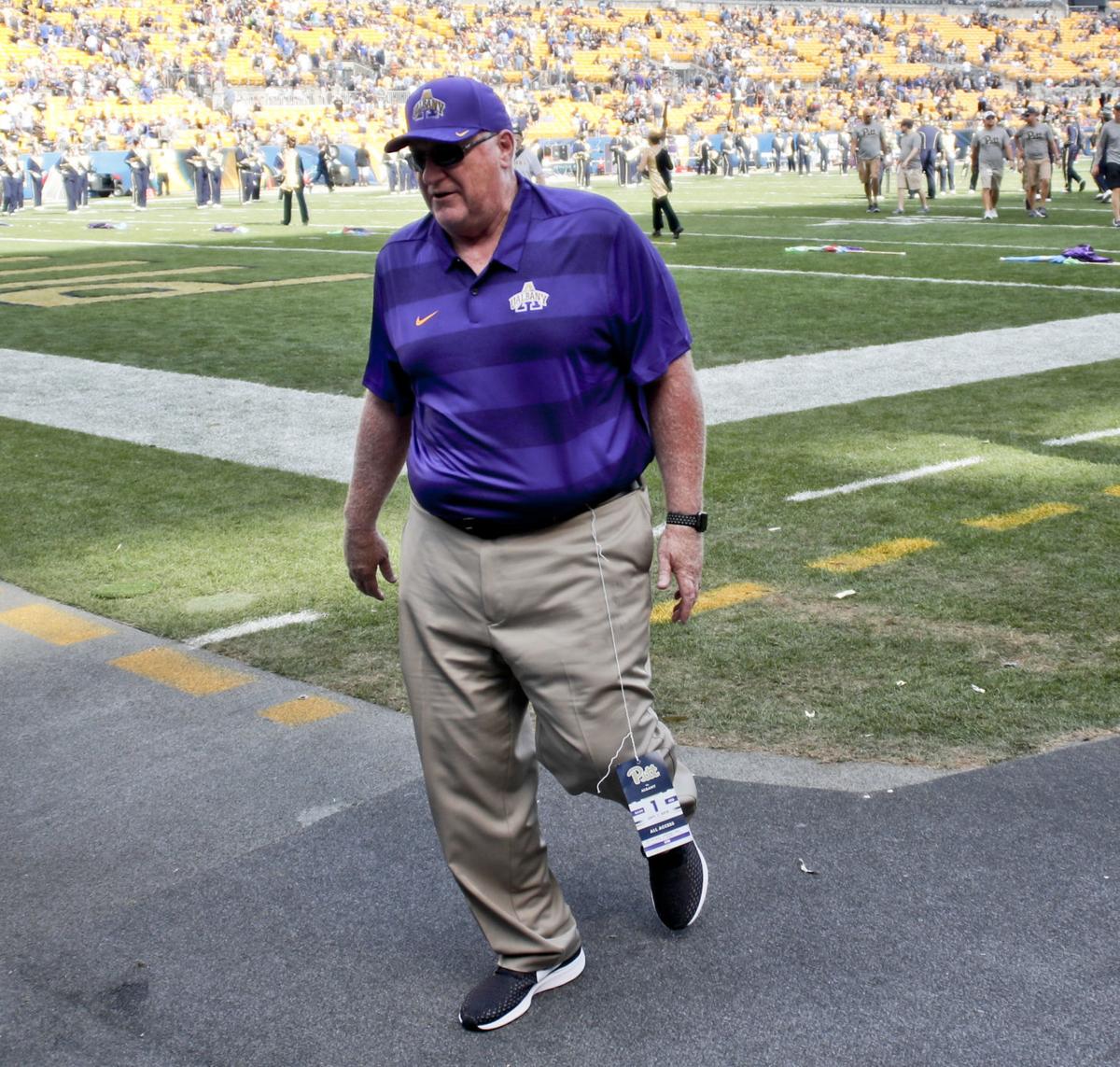 Albany head coach Greg Gattuso walks off the field at halftime of the Great Danes' 2018 loss at Heinz Field in Pittsburgh, Pa.

Albany head coach Greg Gattuso walks off the field at halftime of the Great Danes' 2018 loss at Heinz Field in Pittsburgh, Pa.

The feat wasn’t accomplished without any hurdles.

Last year, Albany won an FCS postseason contest for the first time in its history after reaching the playoffs for the second time ever and for the first time since moving from the Northeast Conference to the Colonial Athletic Association in 2013.

“If you took Toledo and put them in the Big Ten,” Albany coach Greg Gattuso said, “how long would it take them to be in the top two or three in the Big Ten? It’s a pretty fair comparison for us in the CAA and I think we had so much fun last year to get to second place, that to climb that far is a great thing.

“I think it was very important for all of our players to see the hard work translate into some success.”

The Great Danes reached the second round of the tournament and finished their 2019 campaign 9-5 overall and with a 6-2 mark in the conference, two games shy of unbeaten league champion James Madison in the standings.

This coming season, Albany and JMU are slated to meet on Sept. 26 at Bob Ford Field in New York. Though the two reside in the CAA, the foes haven’t matched up since 2015 – a 42-28 win for the Dukes – due to the conference’s rotating schedule. So Albany hasn’t seen JMU during its run of three CAA titles and three national championship game appearances over the last four years.

“We know the challenges that lie ahead of us,” Gattuso said. “The one thing we’ve done since I’ve been here is we’ve beaten ranked teams.”

But there is a difference between sneaking up on quality teams and having to do it as a known commodity, and this fall Albany isn’t going to surprise anyone after last year’s performance when it took five of six league wins by 10 points or fewer.

“What came out of last year, too, is we learned how to fight and claw for 60-plus minutes,” Gattuso said. “And I’m hoping that’s a lesson that’s rooted in our football team right now because it’s not going to be easy. Our schedule is tougher and we’ve got a lot of challenges to get new people integrated quickly without a lot time.”

“So 2018, it was just a really frustrating year, but I think the bright spot that came out of that year was that Jeff Undercuffler,” Gattuso said about the 3-8 mark his squad had prior to last year’s playoff run. “He was able to play the last three games and still redshirt that year. And we kind of came out of that saying, ‘We’re good and we’ve got some talent, but now we’ve got our first program quarterback that we can build around.’”

After Undercuffler delivered last year, throwing for 3,543 yards and 41 scores compared to only 10 interceptions, Gattuso and his staff have decided to keep stocking the offense and make it tough on opponents to game plan for the quarterback, his wide receivers and lethal rushing attack.

Senior running back Karl Mofor is back, too. Mofor was a first-team All-CAA choice upon leading the conference with 1,290 rushing yards to go along with 10 rushing scores in 2019.

“He’s your fourth-and-short guy,” Gattuso said. “He’s your first-and-10 guy. He’s your best third-down back and he’s your best receiver out of the backfield, and he can pick up a full blitz. We’ve got no problem putting him on a defensive end at times. There’s not many running backs like that out there and he may not be the best at any one thing, but he’s really, really good at everything.”

On defense, Albany’s greatest challenge is replacing Eli Mencer, a former defensive end who graduated on the heels of a 14.5-sack, 24-tackles for loss senior campaign.

Linebacker Levi Metheny is the ‘heart and soul’ of the defense, according to Gattuso, after Metheny compiled 120 tackles and a pair of interceptions in 2019. Safety Tyler Carswell will become a three-year starter this season.

“The consistency of the coaching staff plays a very big part for our success, too,” said Gattuso, who returns his entire group of assistants. “And I think the leadership group we’re bringing back is good and if we can integrate the new guys, we’ll be a tough opponent.”

After its season opener at Delaware State on Sept. 5, Albany has three contests with fellow 2019 FCS playoff teams – vs. Monmouth (Sept. 12), JMU and vs. Villanova (Oct. 3) – plus a date at FBS Massachusetts on Sept. 19.

“So it’s not like we won’t know where we’re at right away,” Gattuso said.