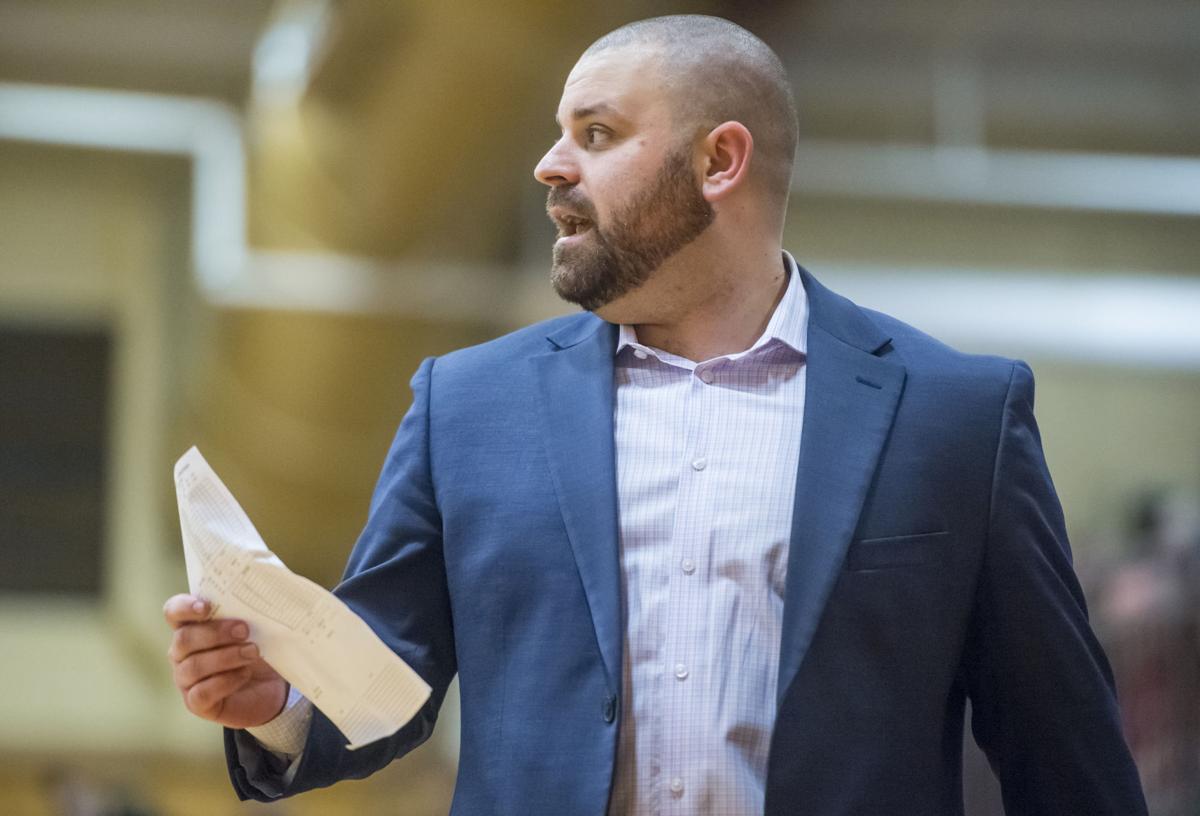 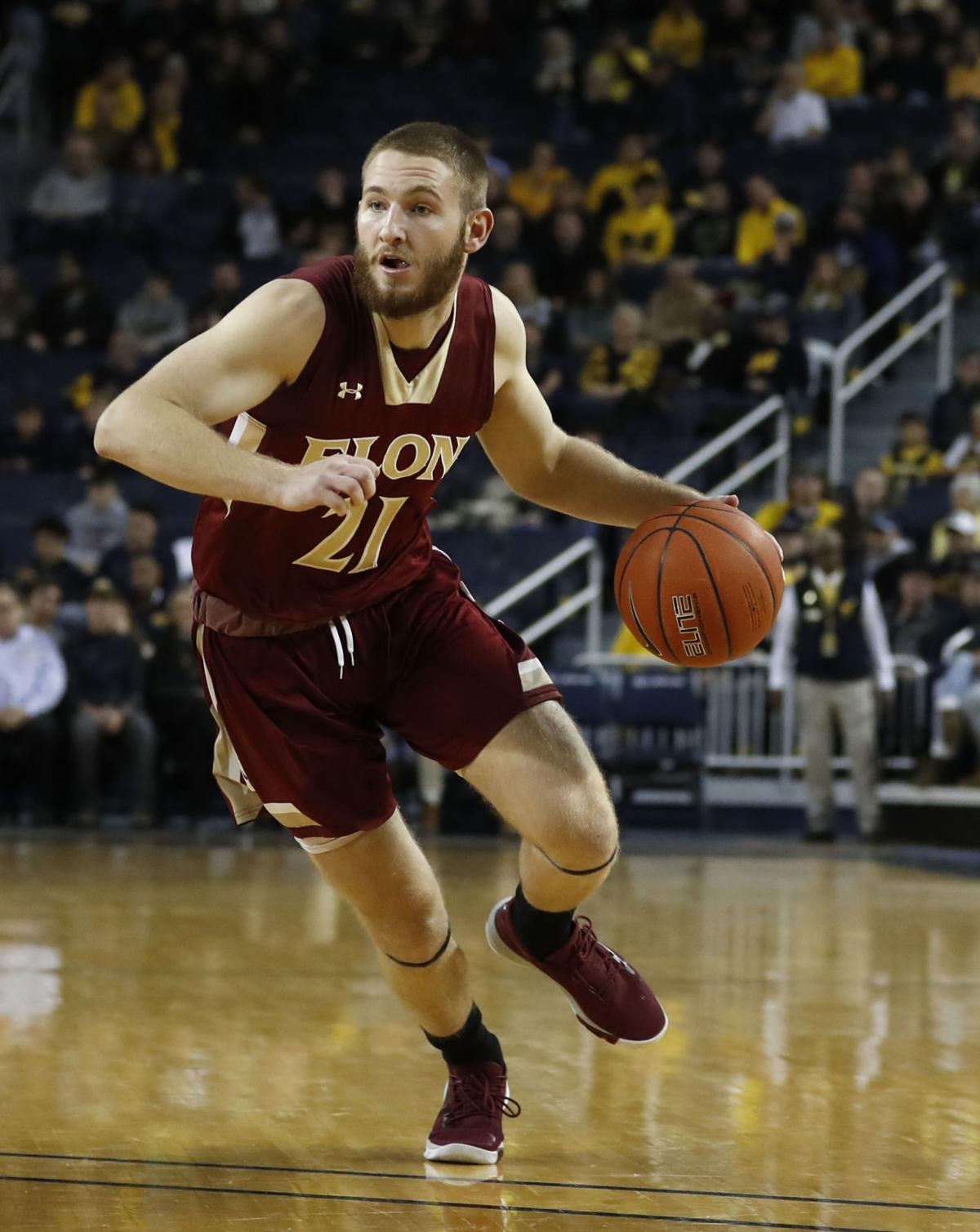 Former Elon guard Andy Pack, who has since transferred to Bridgewater College, drives during a game last year against Michigan in Ann Arbor, Mich.

Former Elon guard Andy Pack, who has since transferred to Bridgewater College, drives during a game last year against Michigan in Ann Arbor, Mich.

If they all come together successfully, it’s going to make for a heck of a story.

Enright said he always knew the offseason between his first campaign and his second at the helm of Eagles would involve serious roster reconstruction. Long hours spent recruiting and revamping his personnel was inevitable, whether a pandemic happened or not.

And earlier in the week, the ragtag BC bunch got a boost when the Old Dominion Athletic Conference announced Tuesday its basketball season would begin on Jan. 23. Due to coronavirus concerns, no sports in the ODAC have been played since March. Basketball will be the first in the league to return to action.

“There’s a carrot, there’s light at the end of the tunnel,” Enright said, “and I think there’s renewed pop around our team, which is good. We’re getting out there today. We’re practicing this afternoon. And I’ve had some contact with some of our older guys and some of our new guys, and everyone seems very excited to try to win this two-, two-and-a-half-month sprint of an ODAC schedule.”

Enright said he’s unsure if the Eagles will play any non-conference contests. The ODAC hasn’t announced dates or times of conference games yet either, but, according to the coach, players knowing at this point that they’ll get to compete again only brings a lift to morale.

BC started workouts on Oct. 1 with non-contact drills, have since phased in regular practices and held an intrasquad scrimmage last week. These sessions are extremely valuable, Enright said, especially considering he doesn’t know exactly when his players will be able to return to campus for practice after their winter break and ahead of the initial tip-off on Jan. 23.

“There’s been the blending of new guys,” he said, “installing our concepts on offense and defense. There’s been competing, seeing our strengths as a team and highlighting that within our schemes. So we’ve been able to get a lot done this fall and I’m hoping that we’re able to pick up where we left off when we have the weeks of practice leading up to that opener.”

Last year, the Eagles finished 9-17 and lost in the first round of the ODAC tournament to Hampden-Sydney. From the 2019-20 team, BC returns fifth-year senior guard Chandler Murray in addition to forwards Kellen Hodge, Fletcher Jackson and Jalil Langston and guard Cameron Williams.

Murray was a second-team All-ODAC choice last winter for his 17.2 points, 4.4 rebounds and 3.4 assists per game. He reached double-digit scoring totals in 22 games.

Then there’s the large group of newcomers, which Enright said he’s excited about.

“But Andy Pack was a rotational piece for [Elon],” Enright said, “and decided the small-college route was better for him to finish his career. And we were the fortunate landing spot for him.”

“He’s an immediate influence of talent that I think will help expedite our process of being a good program,” Enright said, “which was the goal when I took this thing over a little more than a year ago. It was to get this thing to a point where it’s a really competitive, sustained, first-class program, year in and year out. Taking Andy out of that, we’ve done it in recruiting, but adding Andy just expedites it and makes it possible to win faster.”

And that’s what Enright hopes his players can achieve even in a shortened season, though, one the Eagles are thrilled to get going now that a start date is in place.

“I think that the people around this program,” Enright said, “and who are part of our Bridgewater basketball orbit, whether they’re on campus, in the community or are in our alumni base, I think people are hungry for us to be good again. I think we’re starting to generate some excitement and I can’t wait to get ‘em on the floor.”