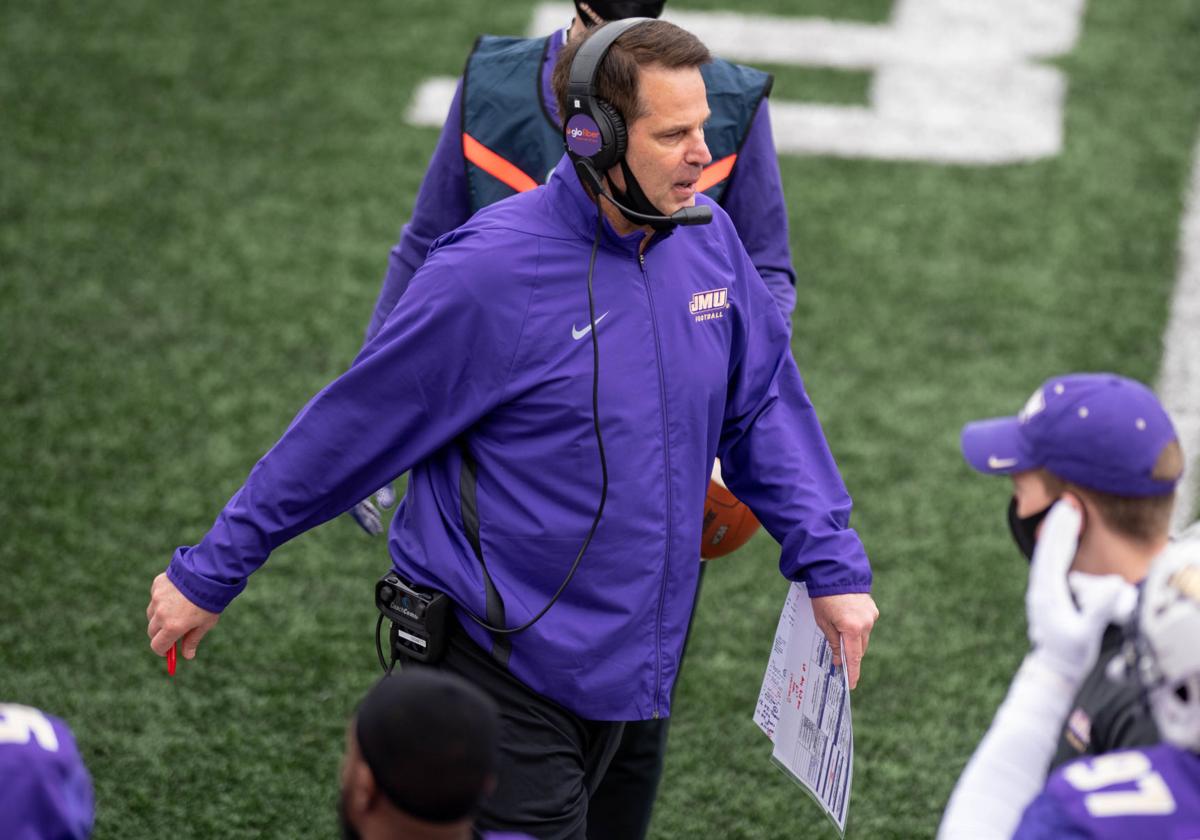 James Madison head coach Curt Cignetti walks his sideline after talking with his players during the Dukes’ win over VMI on Saturday in Harrisonburg. 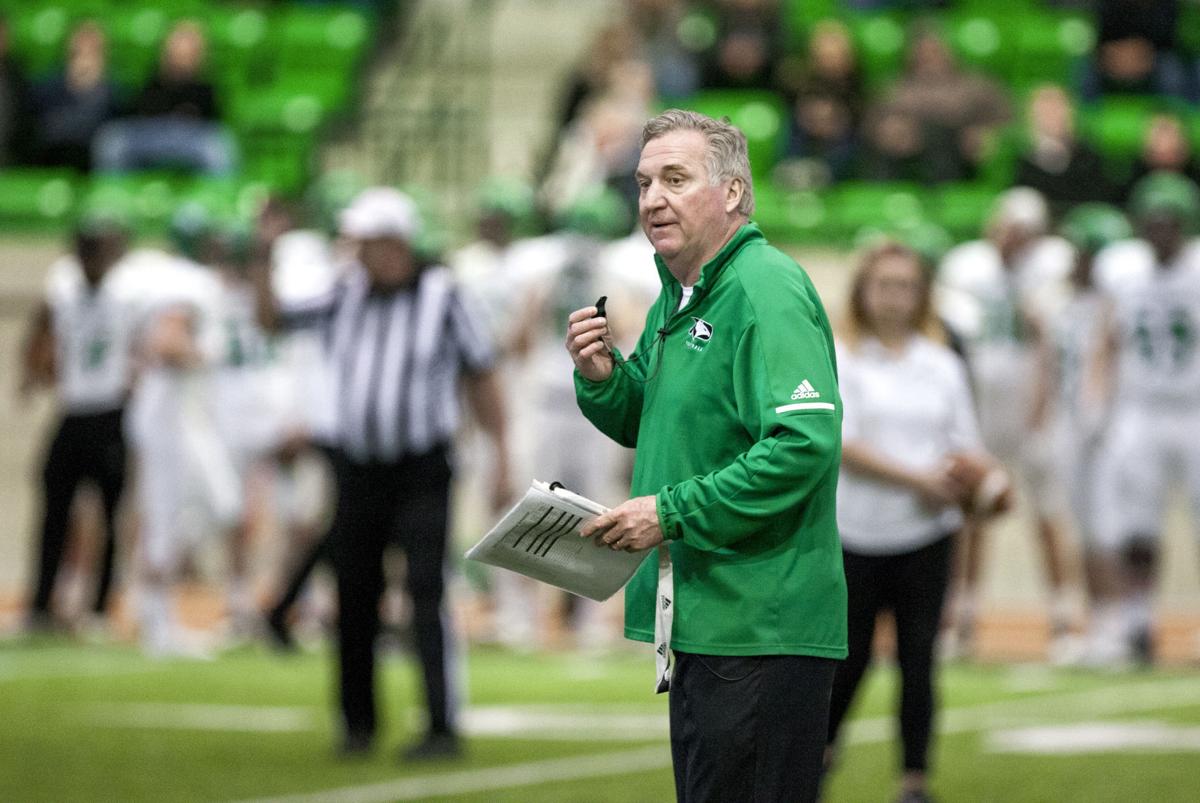 James Madison head coach Curt Cignetti walks his sideline after talking with his players during the Dukes’ win over VMI on Saturday in Harrisonburg.

Neither side will complain about the additional day off between games this week.

“I think an extra day is going to be beneficial for us,” Cignetti said during the Colonial Athletic Association coaches video conference. “[North Dakota] is a very good football team. … They’re physical. They had not played a game since March 20th going into their first playoff game, so they’re pretty fresh. So, this will give us a good chance to freshen up a little bit and be ready to go.”

The Dukes (6-0) topped VMI while the Fighting Hawks (5-1) handled Missouri State in the opening round of the postseason this past Saturday. In recent years, quarterfinal games have been held on a Friday or a Saturday. But in this unique spring season the round of eight was pushed to Sunday, giving each team eight days between the first round and quarterfinals.

JMU has never played on a Sunday before.

For the Dukes, their victory over the Keydets marked the first time since the last week of February and the first week of March that they actually played on consecutive weekends. To close the regular season, JMU knocked off Richmond on April 17.

North Dakota, prior to its win over the Bears, had such a long hiatus from game action due to coronavirus cancellations and opt outs in the Missouri Valley Football Conference.

“We know, both the players and coaches,” Schweigert said during his weekly Zoom press conference, “that this is an advantage that we have an extra day to prepare, especially when we’re traveling. When you’re the road opponent and you get this extra day, it’s really helpful.”

How Cignetti and Schweigert plan to use the extra time differs slightly.

JMU players had Sunday off, and Cignetti said him and his staff were simply going to slide their regular-weekly routine back a day. Players were scheduled to lift weights Monday, according to Cignetti, and on Tuesday would begin on-field work with the walkthrough practice he usually holds on Mondays.

Schweigert said he wanted to get a sense from his players about how much they need to practice this week.

“It gives you an extra day of practice,” Schweigert said. “But we’ve got to be smart. Every week we talk about preparing our guys mentally and taking care of them physically, and this is where I really believe that if you trust your players, you can have them involved in this decision. You talk to them about how they’re feeling, what they think is best and we’re going to listen to our players.”

When Cignetti and company do reconvene, one emphasis the second-year Dukes coach is sure to prioritize through Sunday are the penalties they committed against VMI. Cignetti said the Keydets used those penalties to turn what was a double-digit advantage for JMU during most of its first-round victory into the 31-24 score it had to win by.

“I’ll tell it like it is,” Cignetti said. “I don’t think anyone in the locker room was real pleased after the game. I think the team was disappointed with how we played in the second half and finished the game or did not finish the game. We were happy we won and to have another opportunity to play again, but I don’t think we were real pleased. And it all started with the penalties. The penalties set it off.”

In the second half, JMU was called for a kick-catch interference on a punt, a personal foul and a roughing the passer penalty. The penalties picked up on defense extended VMI drives.

“They happened like back-to-back-to-back and just kind of gave [VMI] life and momentum when we could’ve put the hammer down,” Cignetti said.

The Fighting Hawks didn’t have any issue putting away their first-round foe. They scored on offense, defense and special teams to bury Missouri State, 44-10. It was North Dakota’s first ever FCS playoff win.

“We’re pleased we were the ones who were able to do it,” Schweigert said. “But we’ve got to put it behind us and move on because we want to do more and we know it’s going to be a real challenge going out to Virginia to get this done.”